Finally managed to get some sleep last night – a total of 8 hours, albeit with a couple of hours wide awake again in the small hours of the morning, just like humans used to do in the Middle Ages! Sunrise was fabulous as always, seen from my 10th floor lake view room. 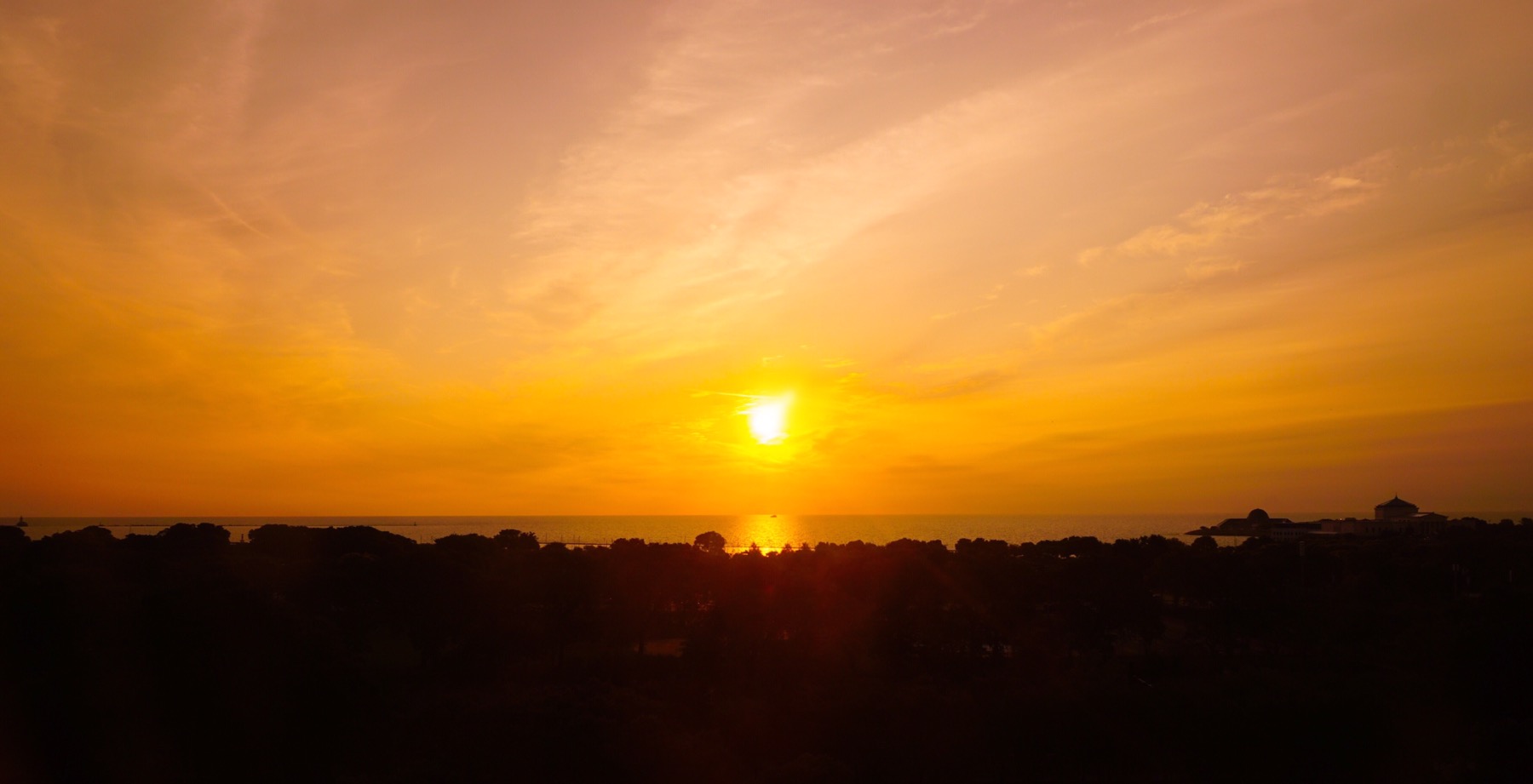 I left the hotel before 8am and walked to Dr Gelbard’s hotel in the city, joining him for a walking meeting to the conference centre. We had a good 45 minute walk and chatted about plans for the future, ideas for publicity and stories, and also some advice on my own health situation. He then went off to the conference, and I returned to my day, enthusiastic and optimistic about the direction ahead.

My first port of call was Chicago’s oldest residential house. Dating from 1836, this house was here before the civil war, and has seen a lot of changes. When it was built it would have been surrounded by prairies, whereas now it is dwarfed by tower blocks but still set in stunningly landscaped gardens. It’s a beautiful, peaceful retreat, and a good spot to sit and reflect on the whirlwind of the past few days. 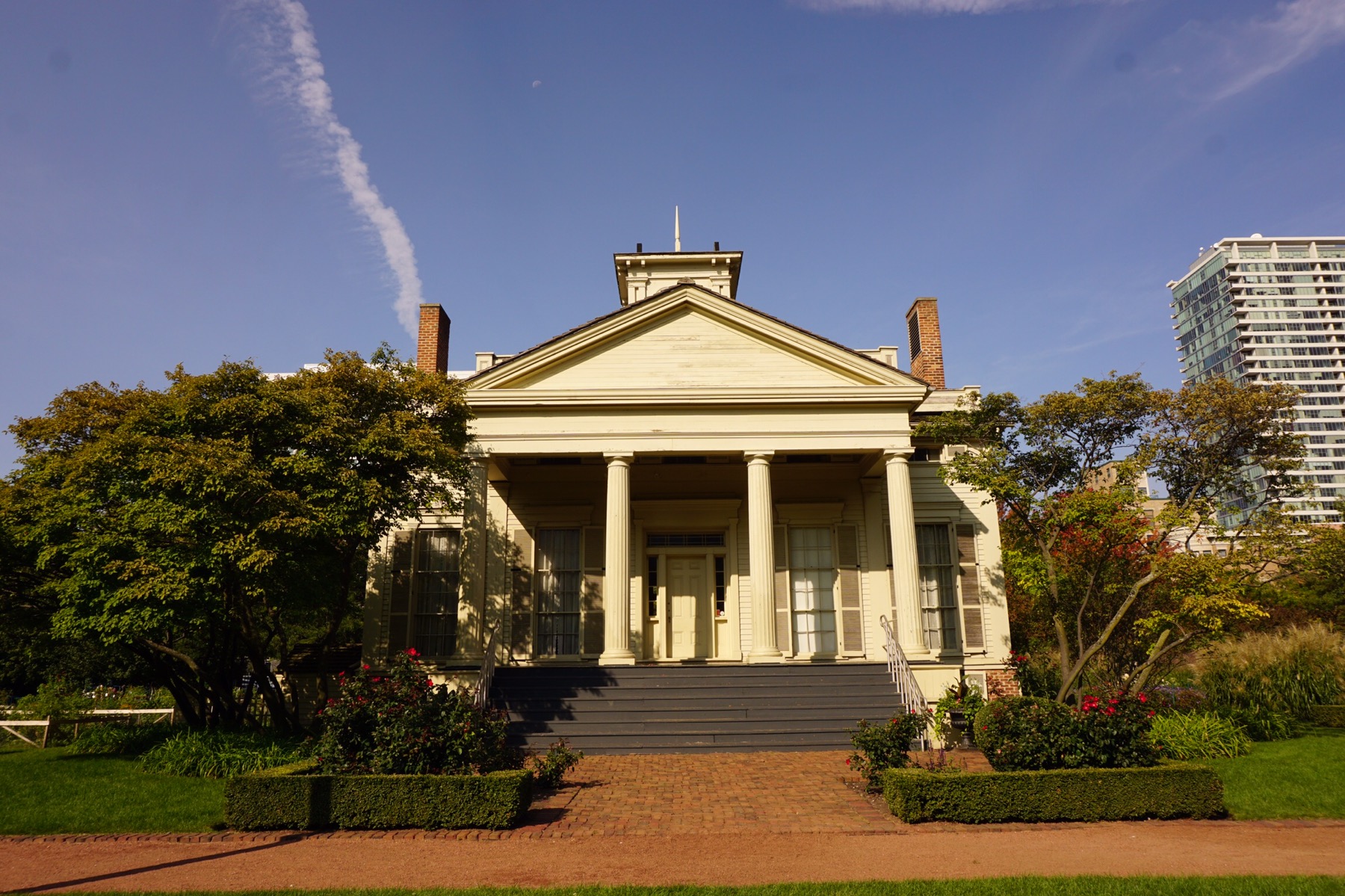 I then wandered in to the city via some of the many sculptures around. Over 100 bronze giants without heads or arms in one part of Grant Park, and water toting video brick walls at the other end in Milennium Park. 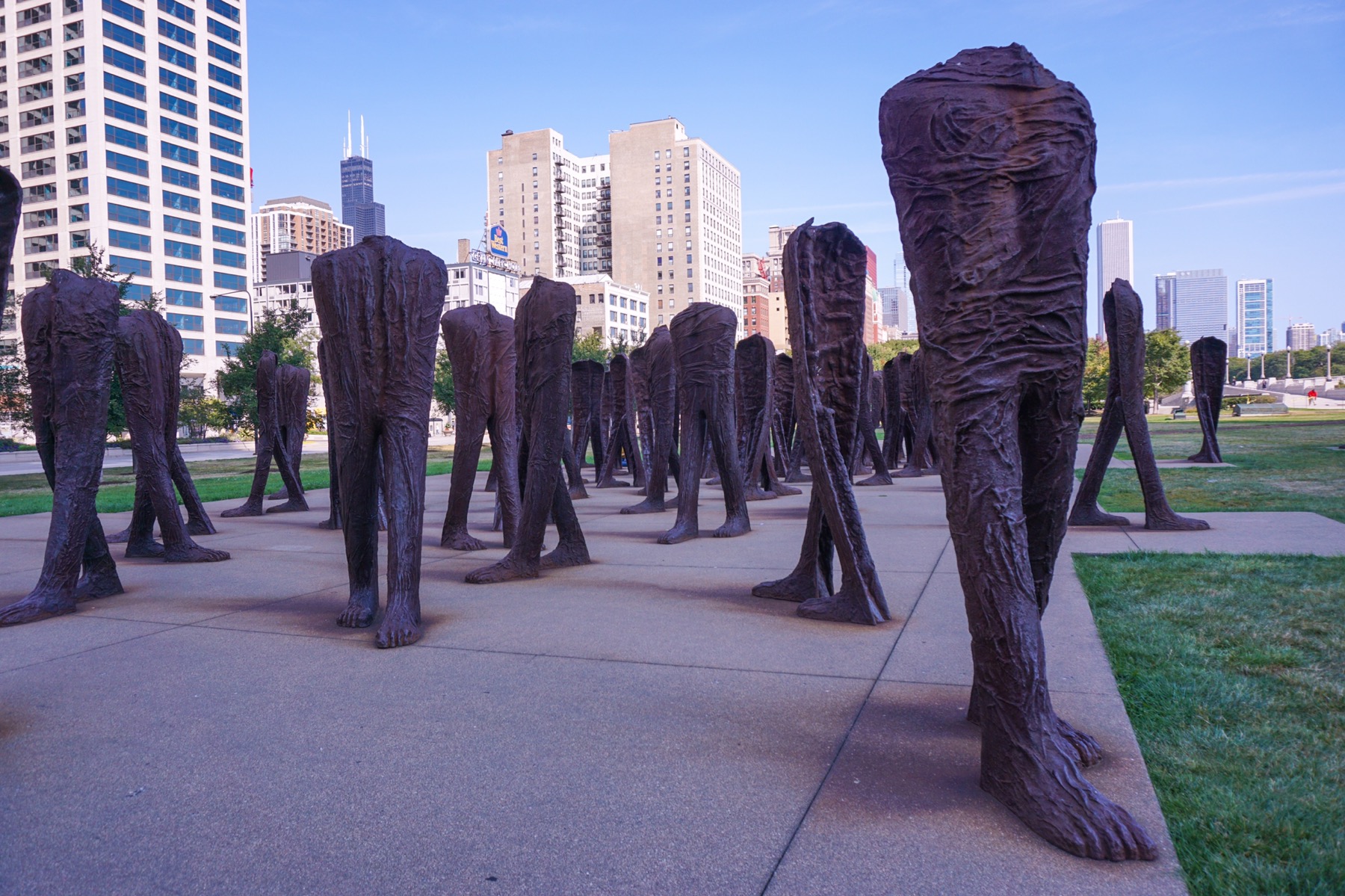 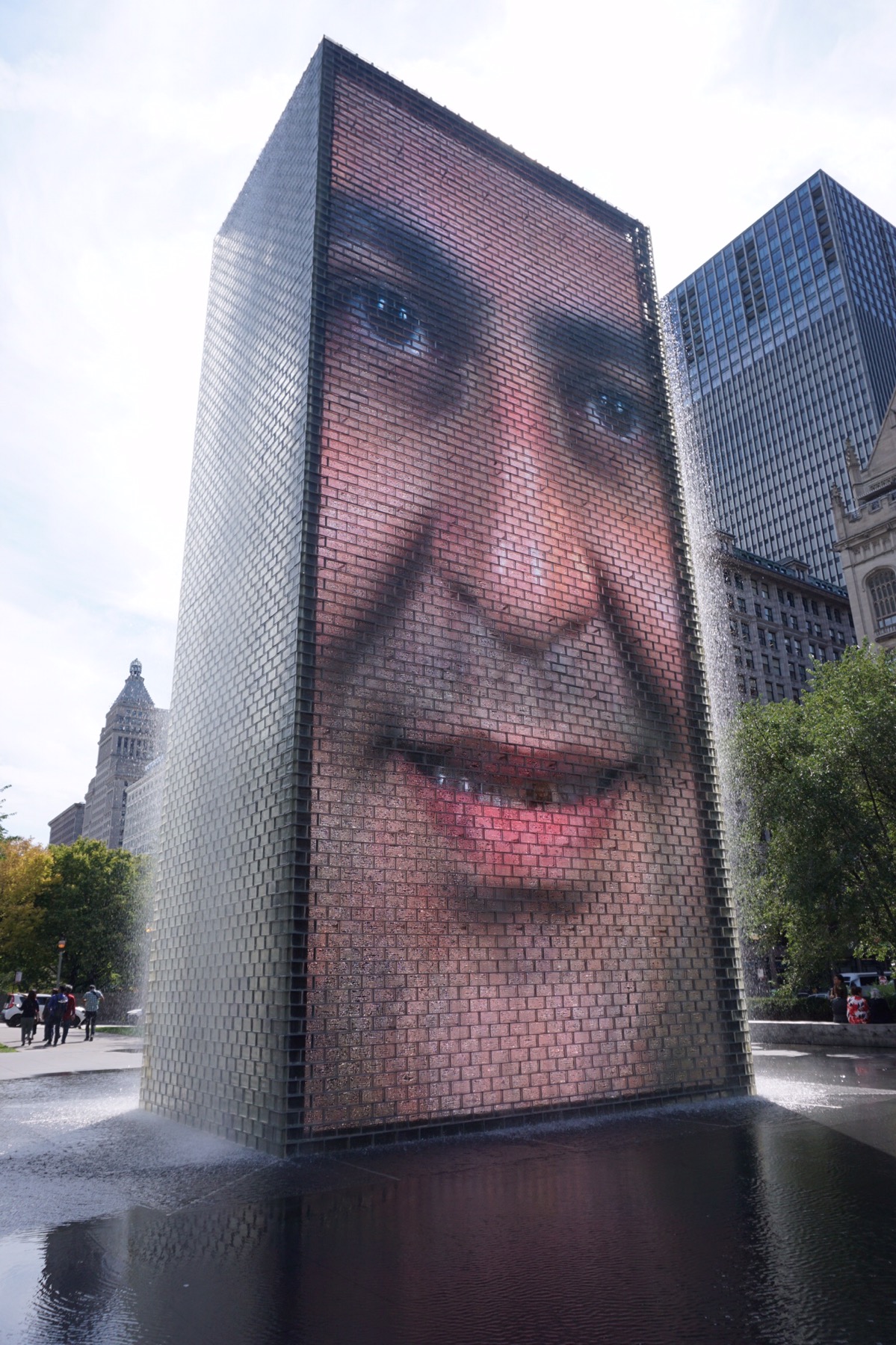 After a bite to eat I continued my tour, making my way through more parks and along to the Riverside Walk. The giant silver coffee bean is something everybody mentioned to me, so I had to check it out. It made me laugh how everyone was taking photos of their reflection as though they had never seen it before… 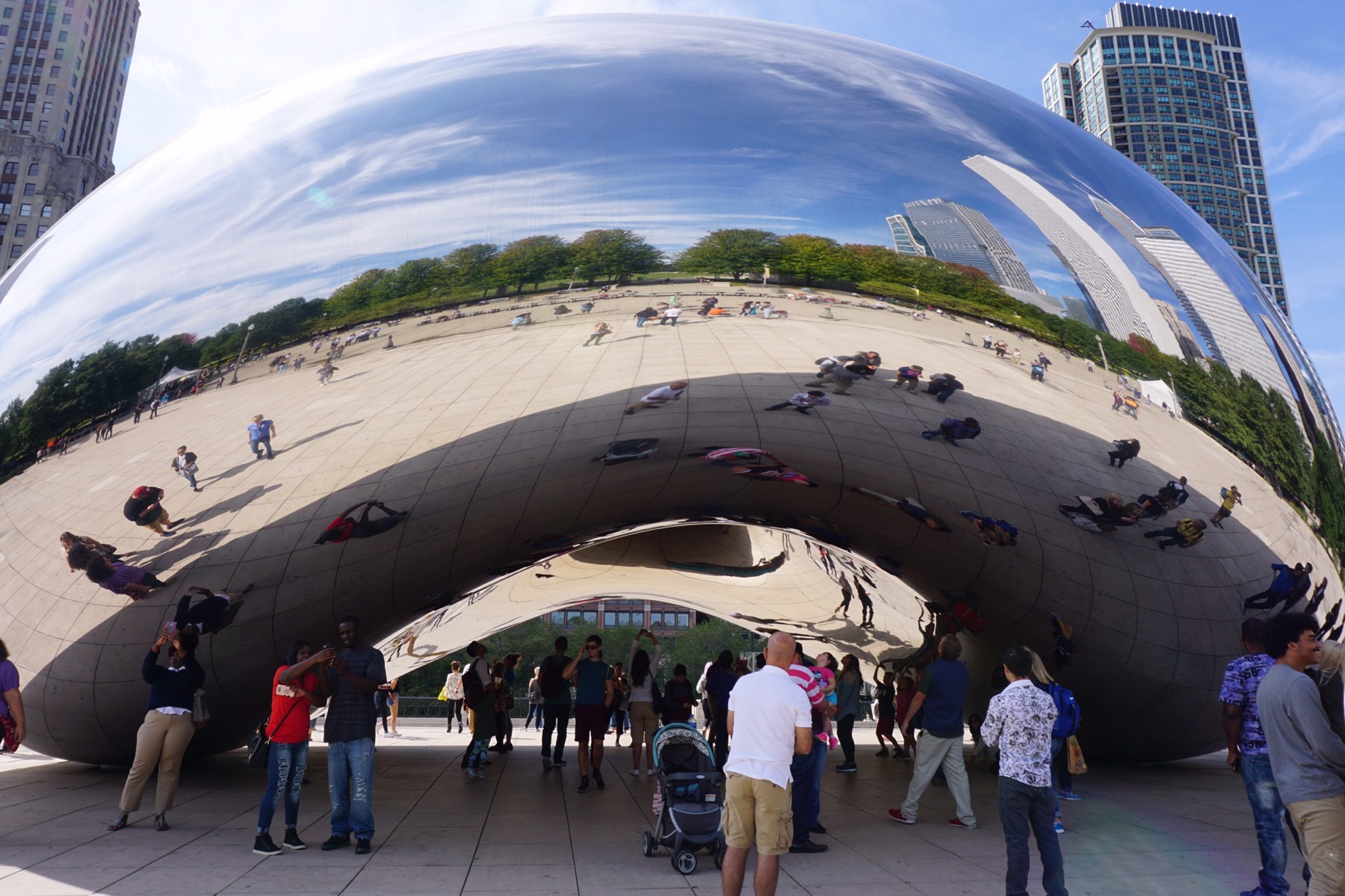 More innovative sculptural art in the form of a picture frame, made from old tyres: 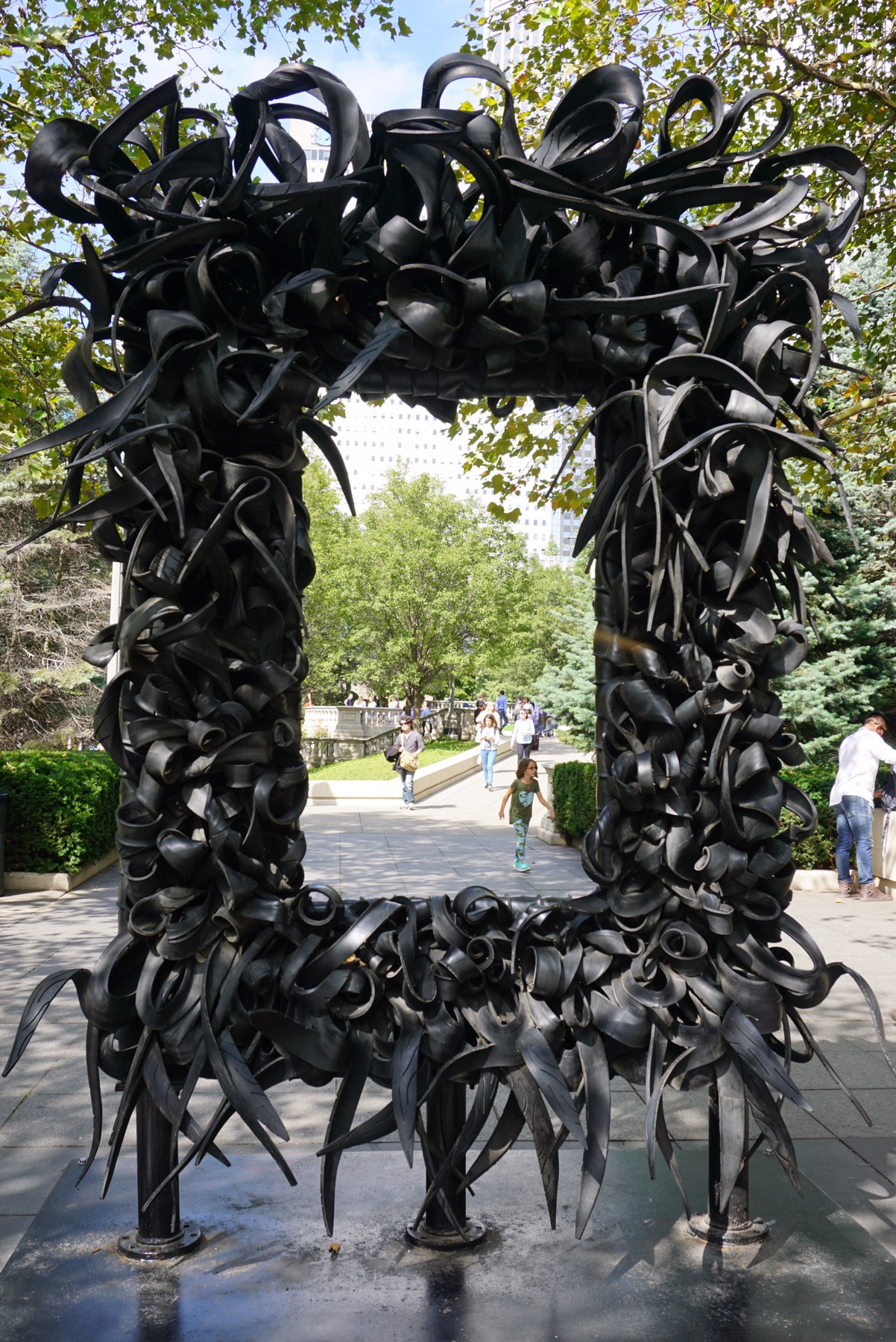 What amazes me is that there is absolutely no graffiti to be seen, despite the large availability of clean concrete walls and underpasses. It’s not like it has been painted over either, it just is absent. It makes for a very attractive and safe feeling city.

The Riverside Walk was all the more interesting having done the architecture tour on Saturday morning. My new perspective from the side of the water meant I could stop and appreciate the buildings. The white building with the clock tower was built by Wrigley – of the chewing gum fame. Did you know that they originally made soap as their primary product? One day they did a special offer with some chewing gum attached to the soap, and it was so popular they completely changed product focus and made a mint (pardon the pun)! 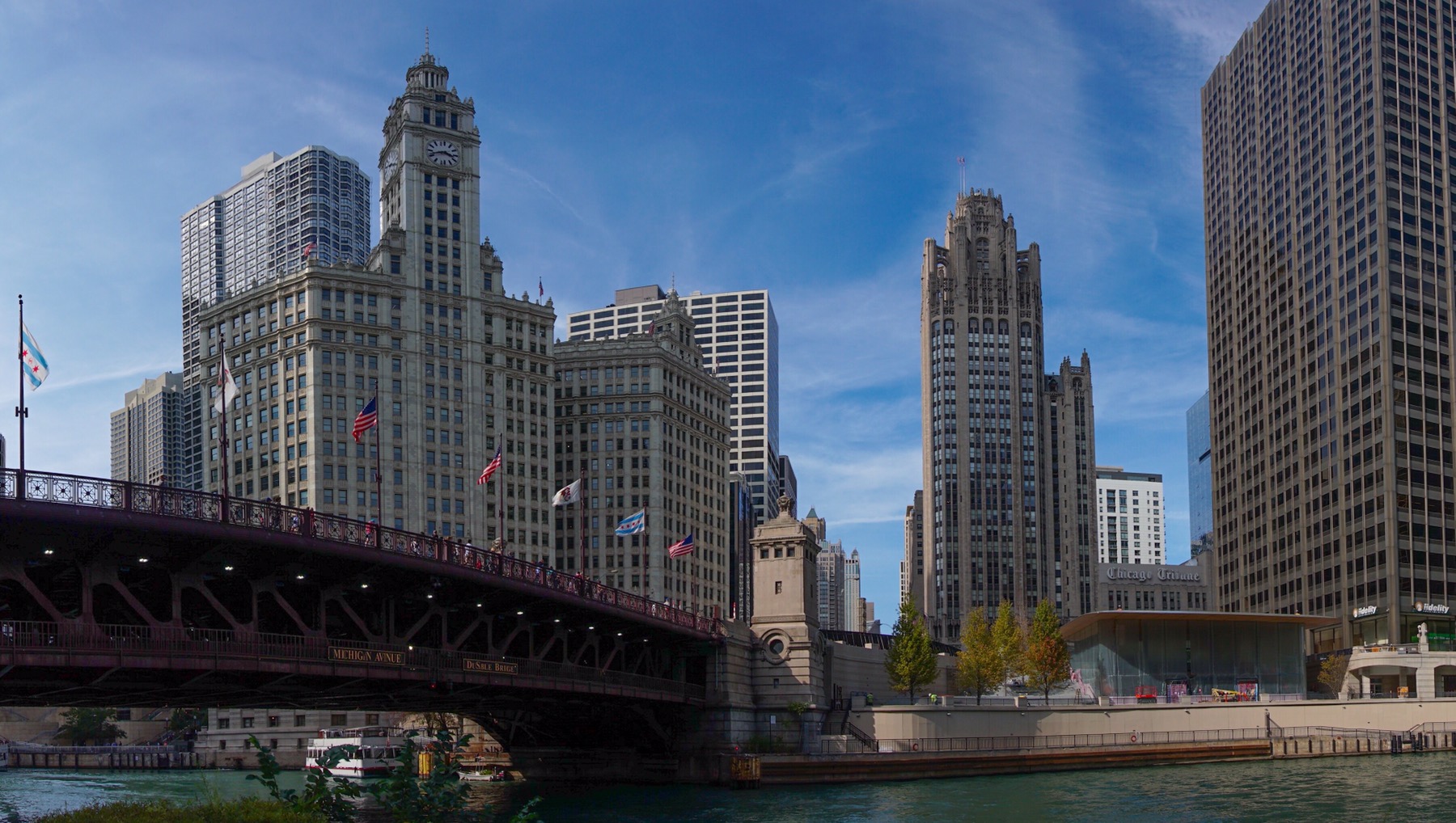 I returned to the hotel for a chilled out evening and another early night to try and catch up. The last thing I want now is to get run down and catch a virus!

A weather system has been pushed up the country by the aftermath of Hurricane Irma, and Chicago awoke to fog and light rain this morning. Again I had slept fitfully last night, this time worried about Miss Tassie making the five hour flight across a continent on the other side of the world. Once I heard she had landed in Perth safely and was being cuddled, I was able to catch an hour or two’s shut eye, but not much.

I decided to keep today fairly relaxed and headed to the Art Institute of Chicago. The building is surrounded by fabulous landscaped gardens which welcome you to the foreboding building. 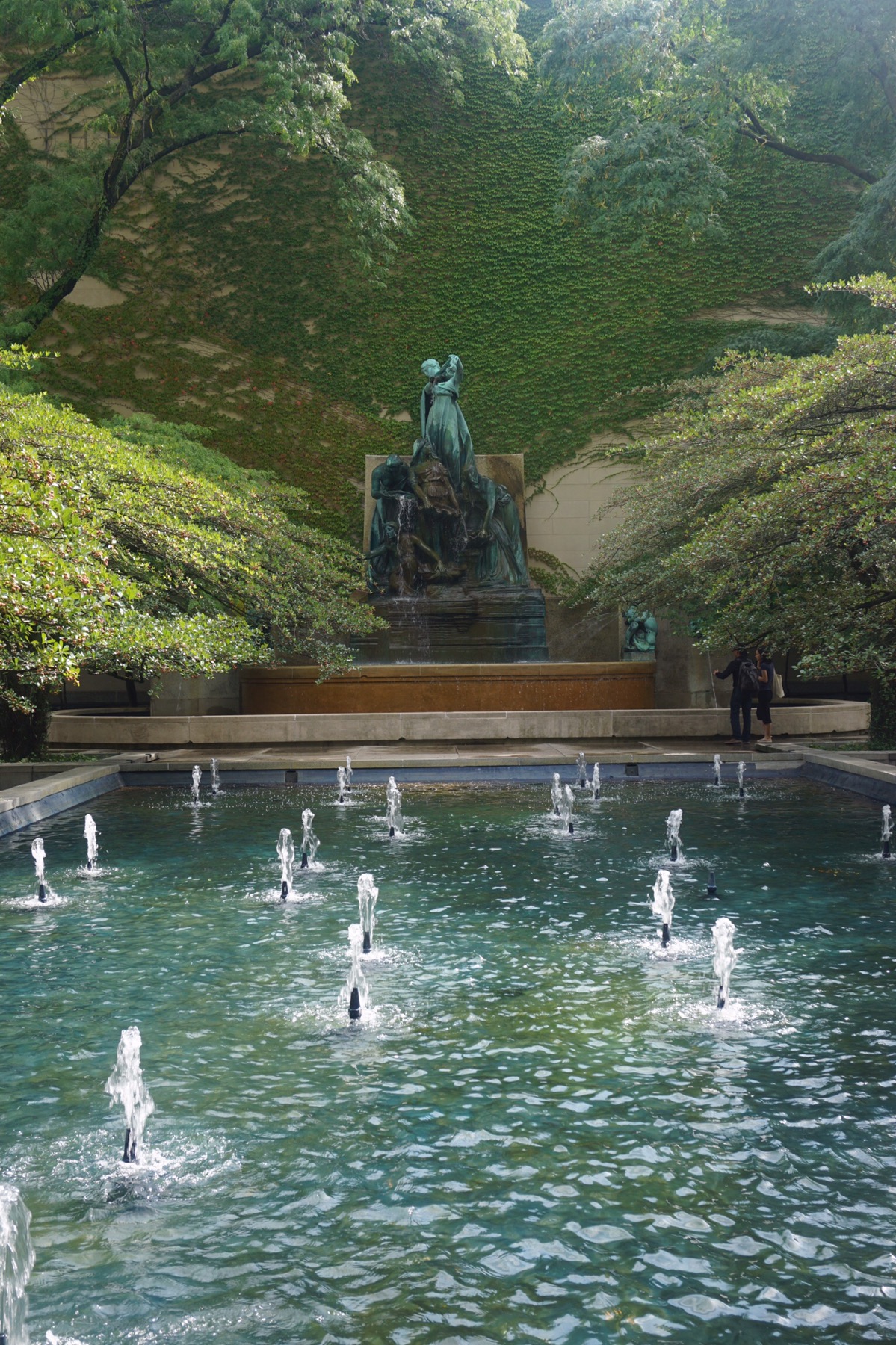 The gallery was varied and interesting, and I ended up spending nearly 5 hours wandering around, with a break for lunch. Some of the most inspirational artwork was based on Chicago’s history, plus a wide range of European and Asian art and photography from across the ages.

Some of my favourites include the following:

Newly renovated and fashionable Paris in the 1800s: 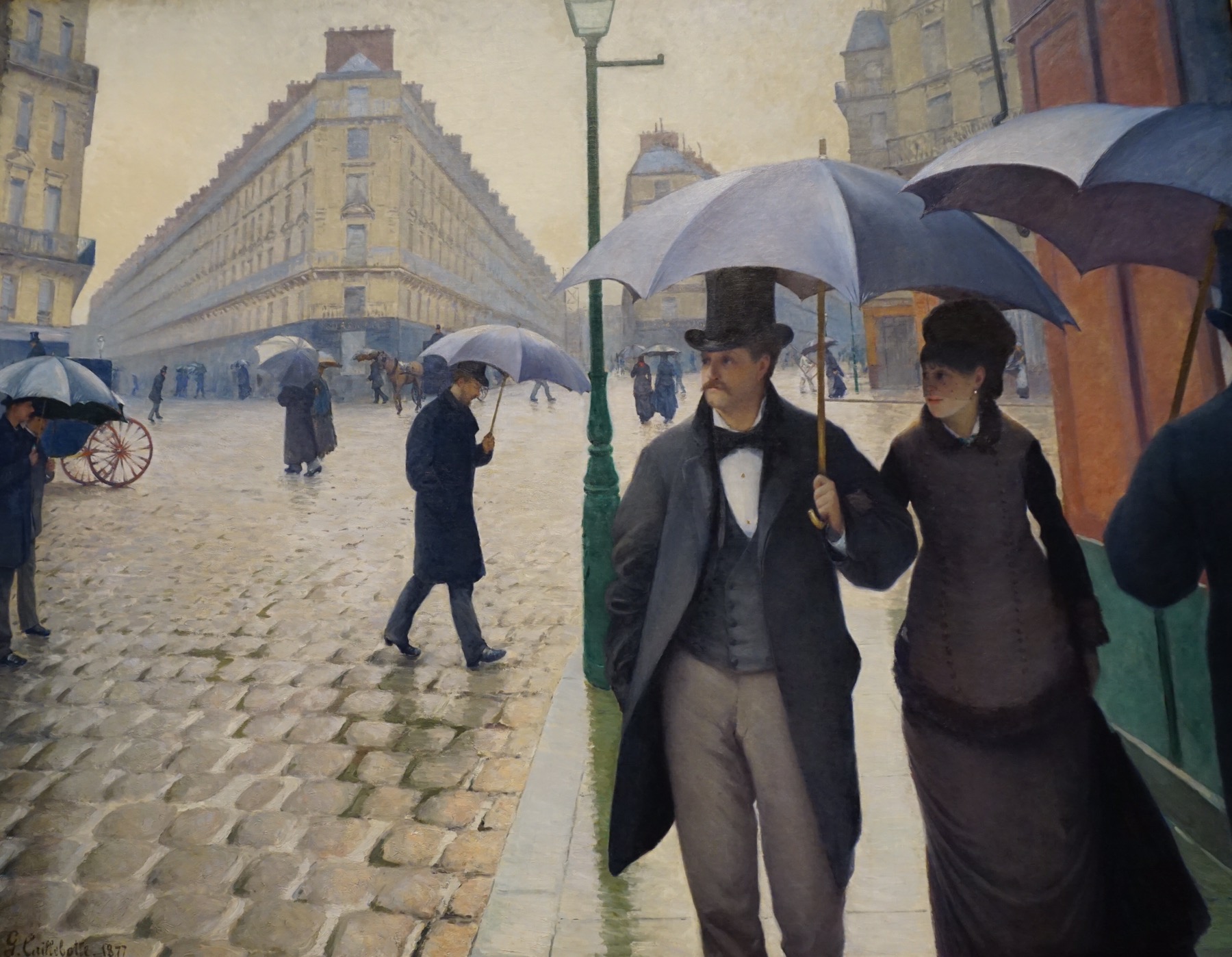 Voted the USA’s favourite painting of the early 1900s – showing a farm labourer in a romantic light at a time when rural residents were flocking to cities for work, displaced by modern farming machinery: 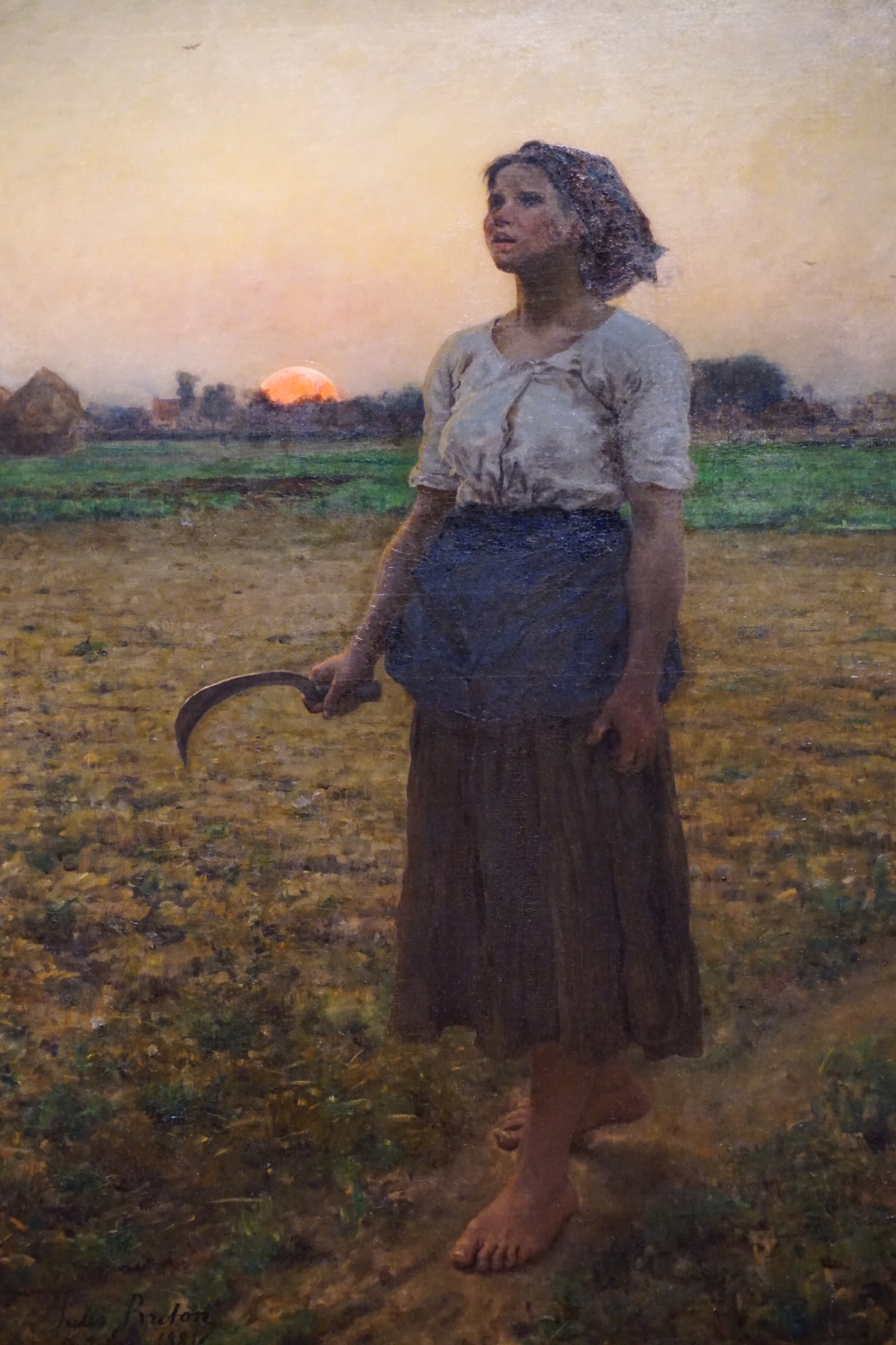 Tackling the issue of slavery, painted to bring an intelligent and human light to a slave by an artist who was against the trade in humans: 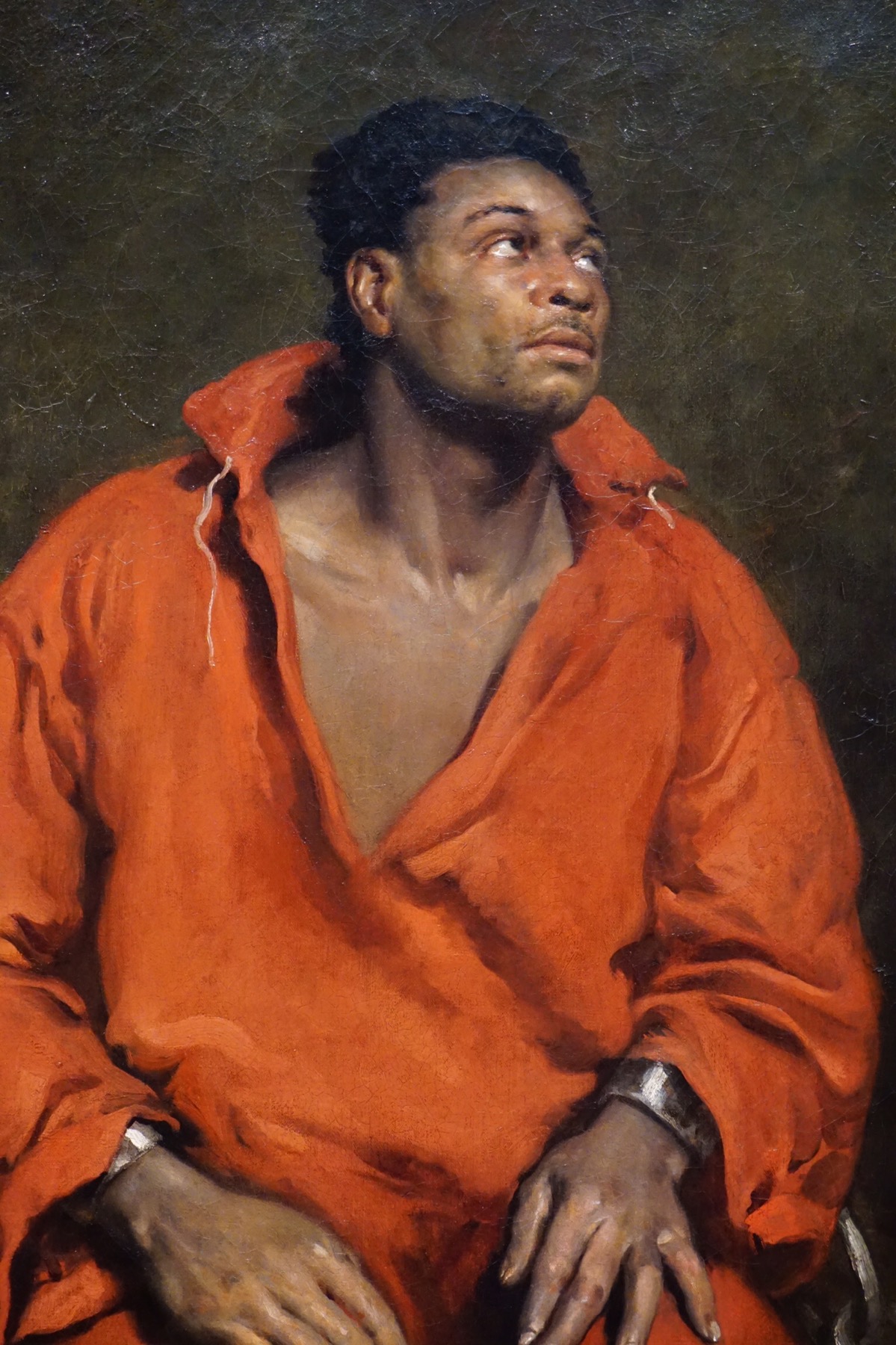 A favourite I was surprised to see – Edward Hopper’s Nighthawks: 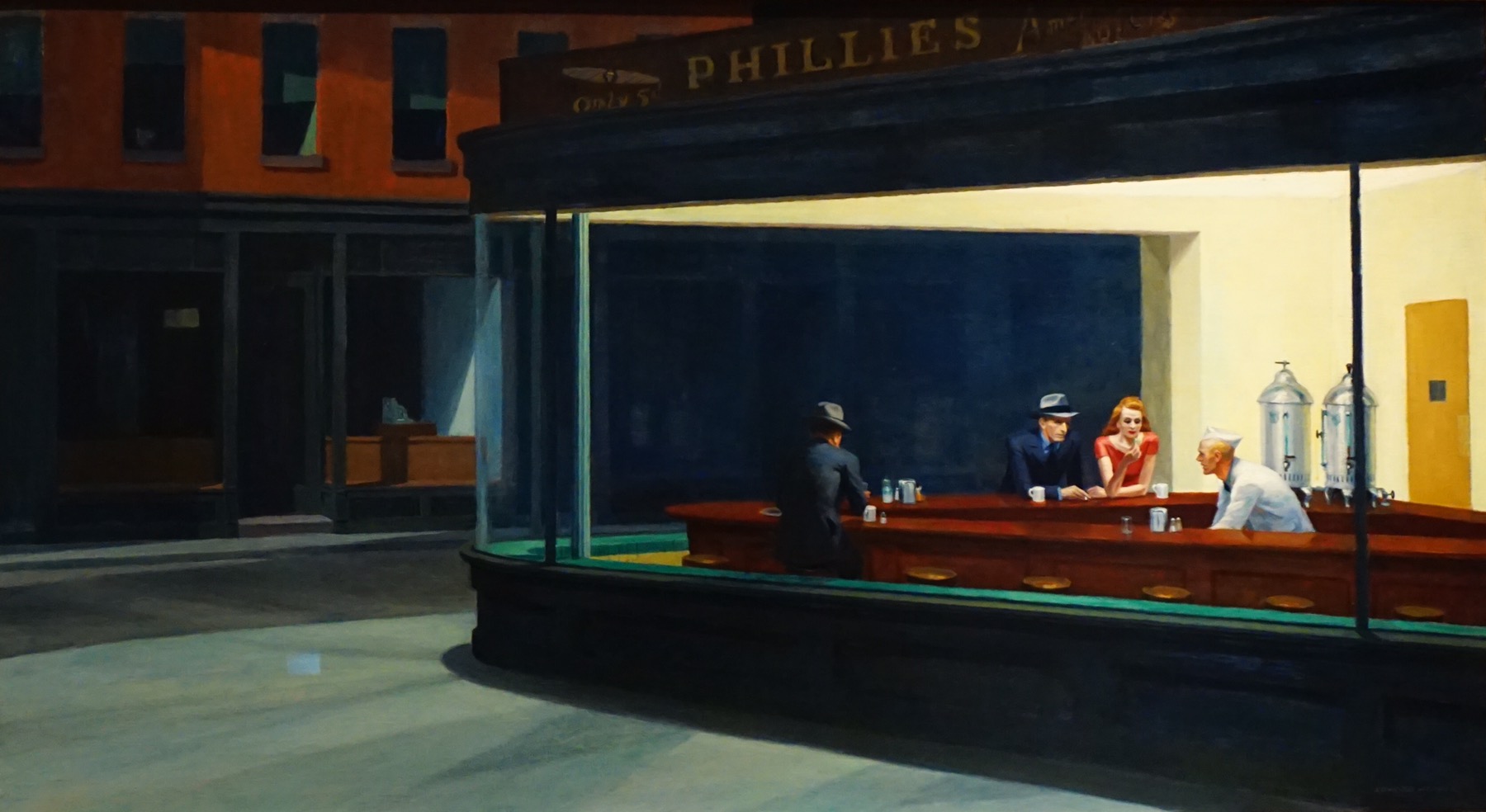 And a vibrant jazz club scene: 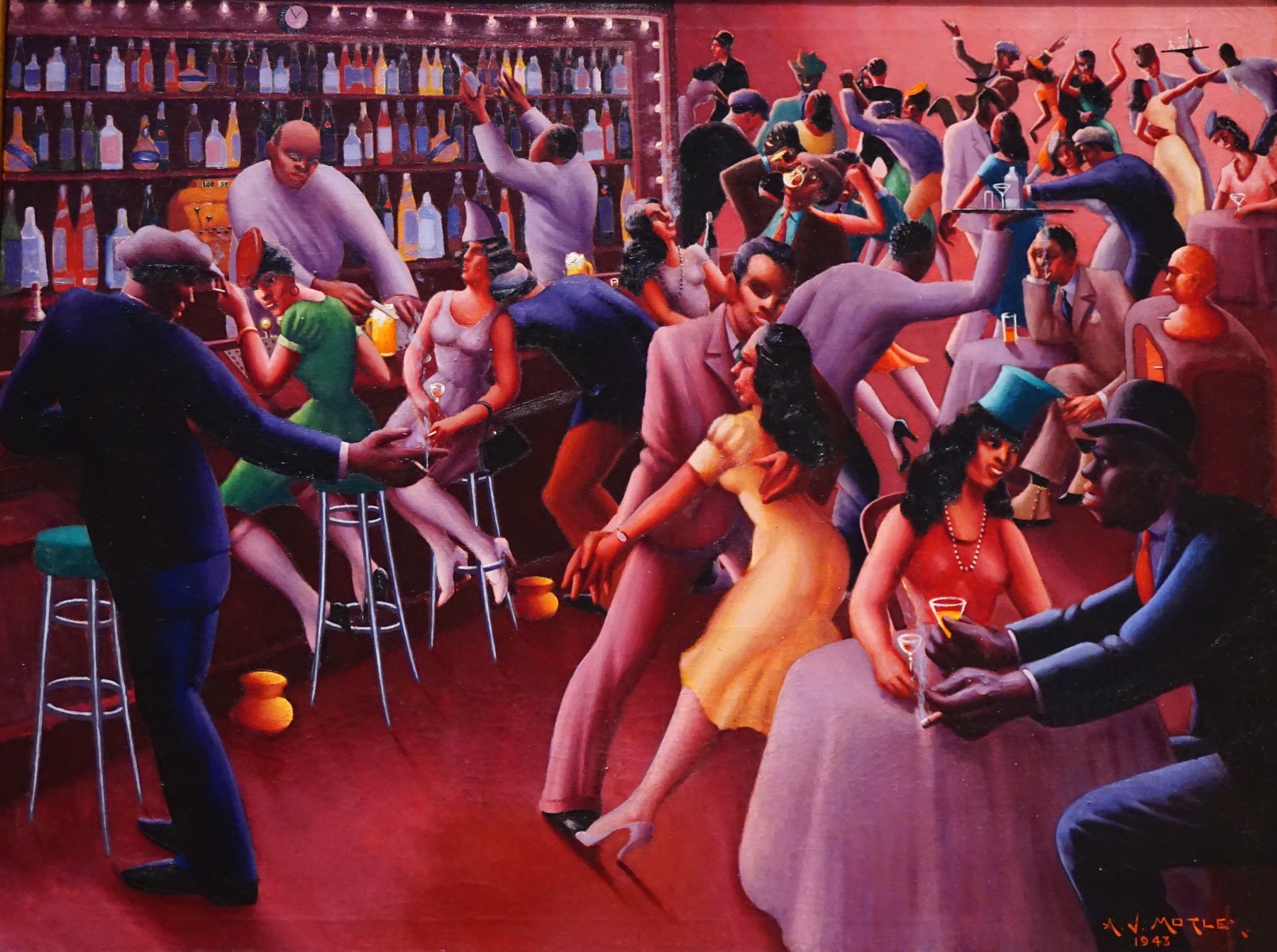 I finished off my afternoon at a Chicago fast food institution – right next door to McDonald’s – a small burger joint which probably hasn’t changed in 50 years. They make all their burgers fresh every day, and I must say the one I bought was delicious, and filled the hole my art gallery crab salad definitely failed to fill. 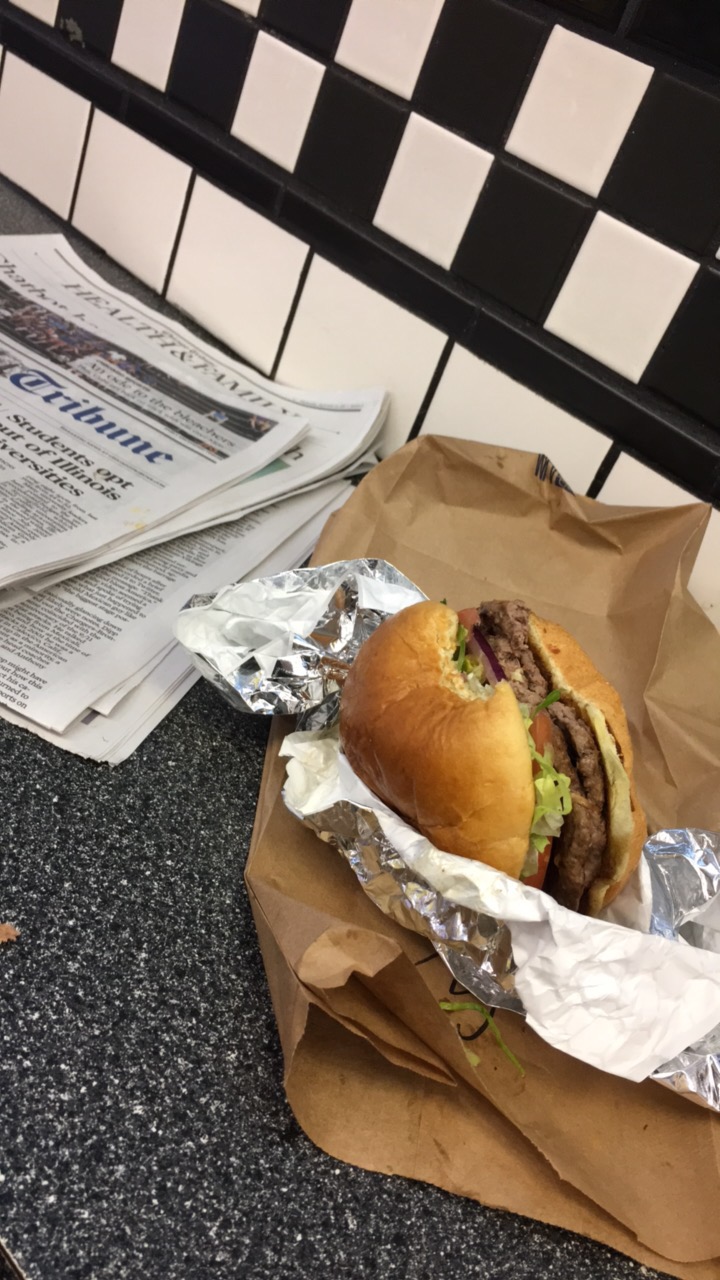 I returned to the hotel for the evening to hopefully have one final good night’s sleep before heading off to the UK tomorrow.