Sleep was my friend today and around 12 hours of almost uninterrupted sleep were enjoyed.  Mr A woke up earlier than me and jumped on his bike for a ride through the forest, returning to make a pot of herbal tea and a BBQ breakfast. Nurse Tassie appreciated having a warm body to sleep with and kept me company.

It was a fine day – when the sun shone, quite warm, but chilling right down to around 14 degrees when the clouds came across. We spent the morning drinking tea and relaxing, Tassie even coming outside and relaxing in Mr A’s chair, relegating him to a stool! Its a beautiful area to reuperate in – trees in every direction, and multiple birds frequenting the camp sites, as well as a mob of bush wallabies. 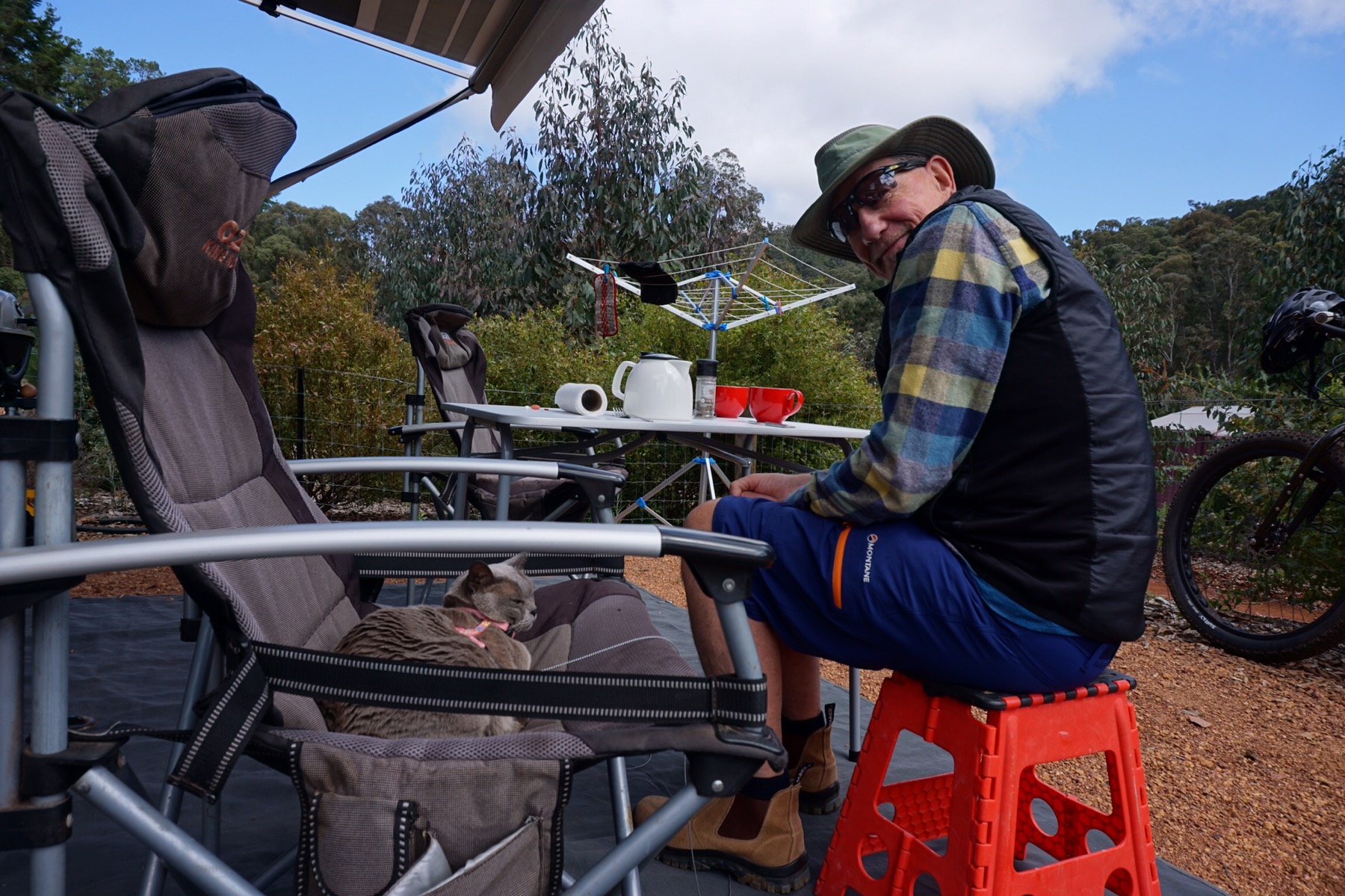 We decided to go for a drive in the afternoon. My airway and vocal chords are still bruised and swollen, so I wasn’t up for anything too strenuous, and to Mr A’s delight, I am barely talking yet either. We explored round some of the other camp areas and Mr A took me down to the River Murray, where he had been kayaking a few weeks ago. 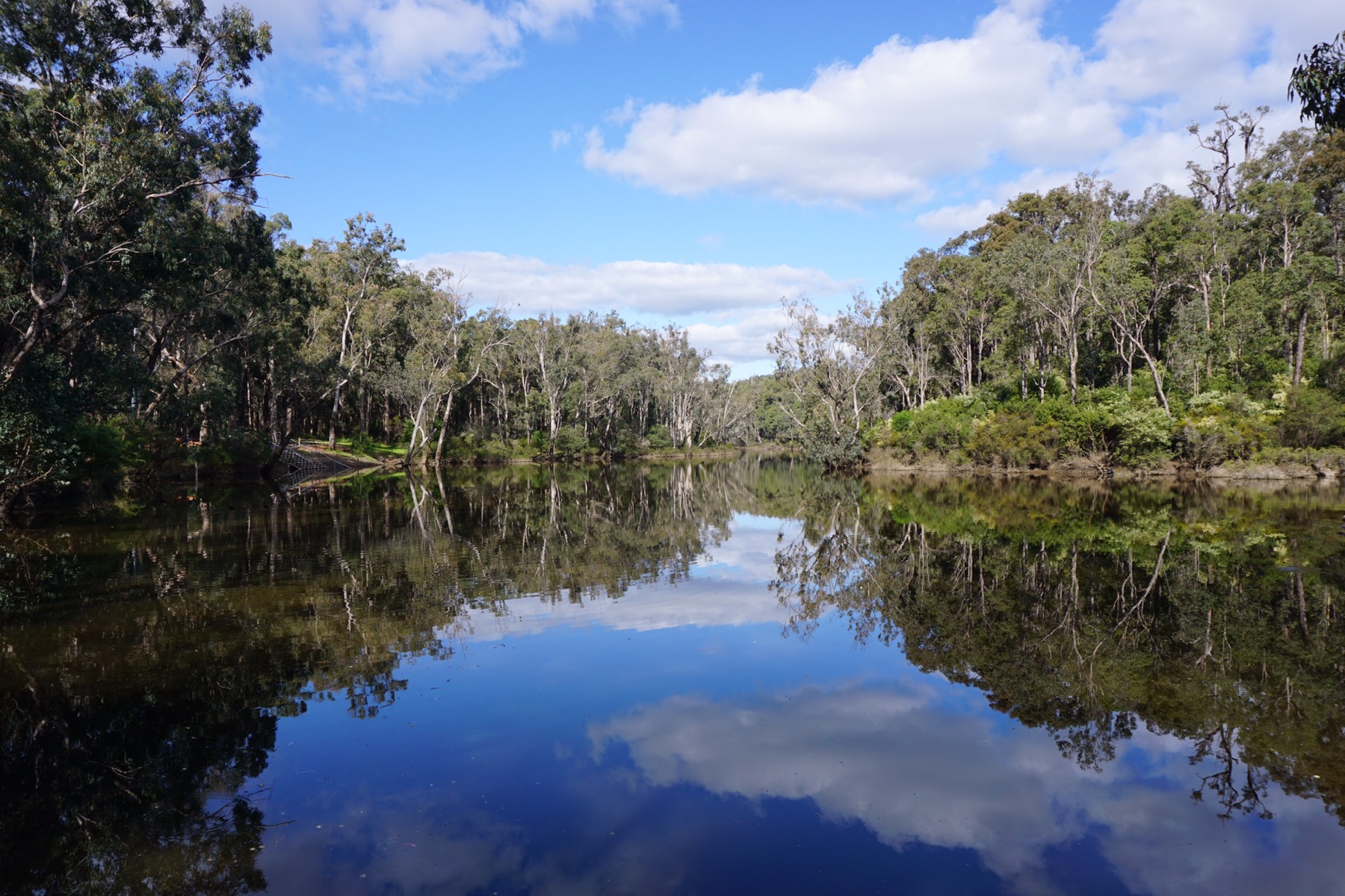 Now, since we have owned this caravan, slightly more than 10 months now, there has not been a Mr A fire story. It’s incredible we have lasted this long without an incident, but tonight, the accidental firebug drought was broken. We were cooking a fish curry on the stove top, and Mr A remembered he had some Roti bread in the fridge which needed heating up in the oven. So he took over that task – after all, the instructions were quite simple – preheat oven to 180 degrees, wrap bread in foil with a few drops of water, and cook for 4-5 minutes. What ever could go wrong?

Mr A emptied the oven of all unnecessary items and lit the gas. Suddenly we noticed orange flames licking out of the open oven and the smell of burning plastic! Argh! He had left a bag of popcorn in the oven (we often store unopened bags of popcorn and crisps in the oven as they will not get squashed), and it had fallen down the back on to the flame. Burning bag and popcorn galore greeted us! Thankfully, not too great a disaster, and soon extinguished and cleared up by Mr A with no lives or property lost. Thank goodness.

Hopefully that is the worst we will have to contend with. The rest of the evening progressed with no further incident.﻿