Mum and I caught the train up to London  this morning, then took the tube over to Baker Street. We had lunch in Regent’s Park, surrounded by hungry ducks, geese and a million and one pigeons…which I did not expect to be so bold! 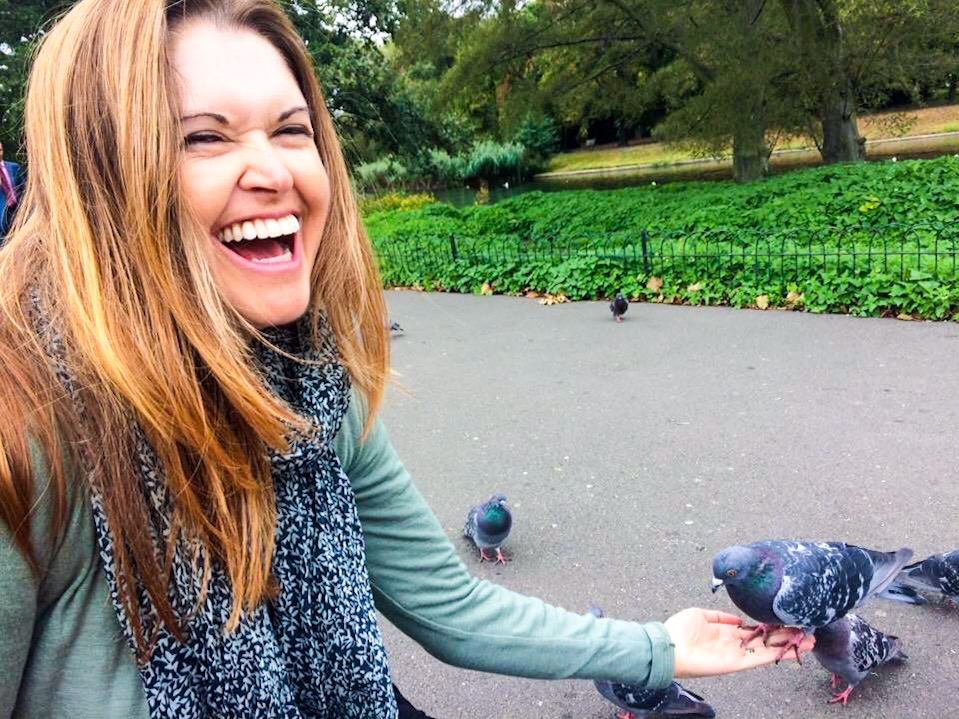 From there we decided to head into Madame Tussaud’s for a visit. This was mum’s birthday treat (her birthday is this coming Monday when I will be somewhere flying over the Middle East on my way back to Australia), and we haven’t been together since I was about 10 or 11 years old!

We had a great couple of hours mingling with the celebrities – they weren’t too talkative but were happy to pose for photos. 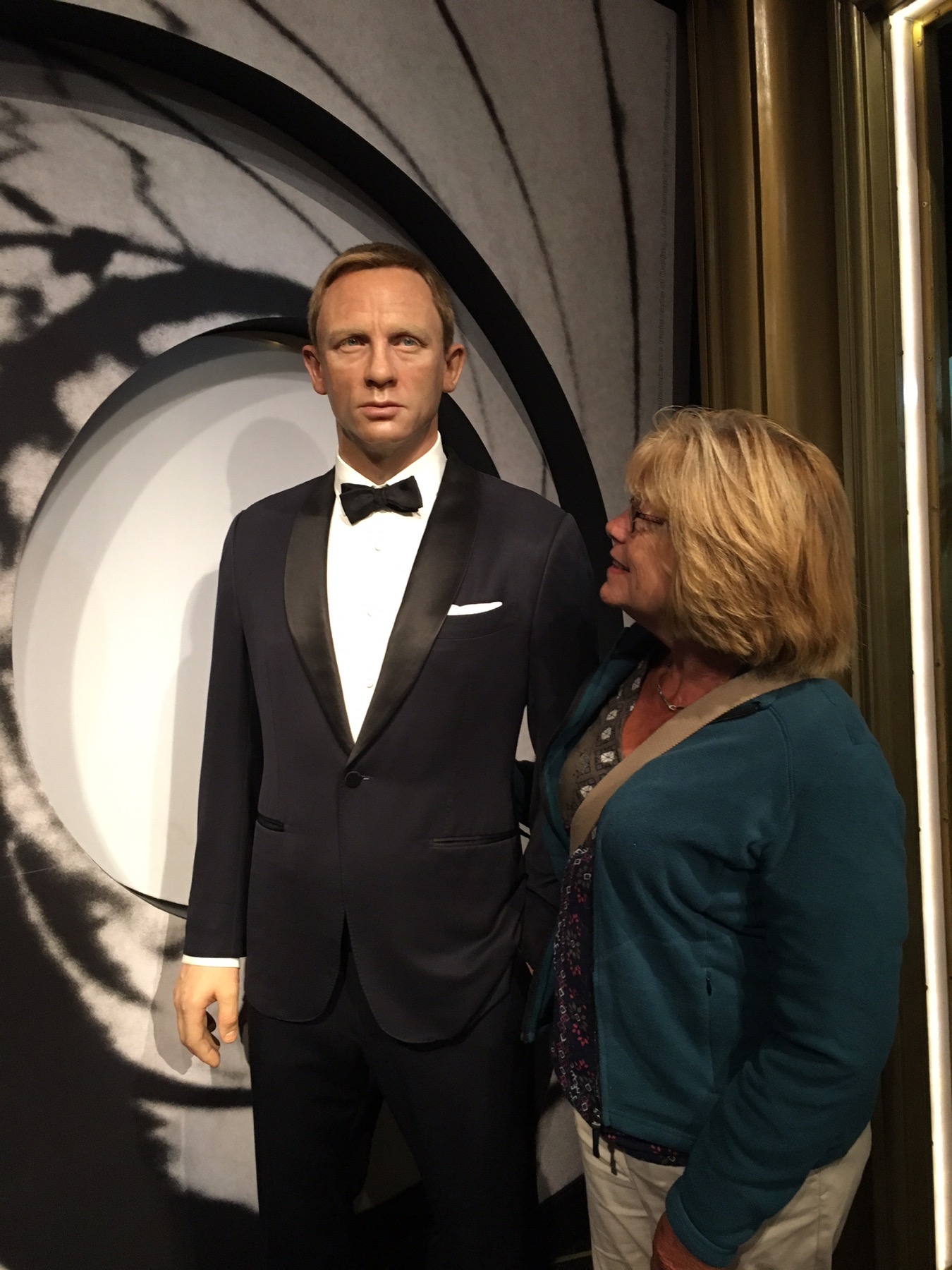 I tried to make friends with my nemesis, Darth Vader: 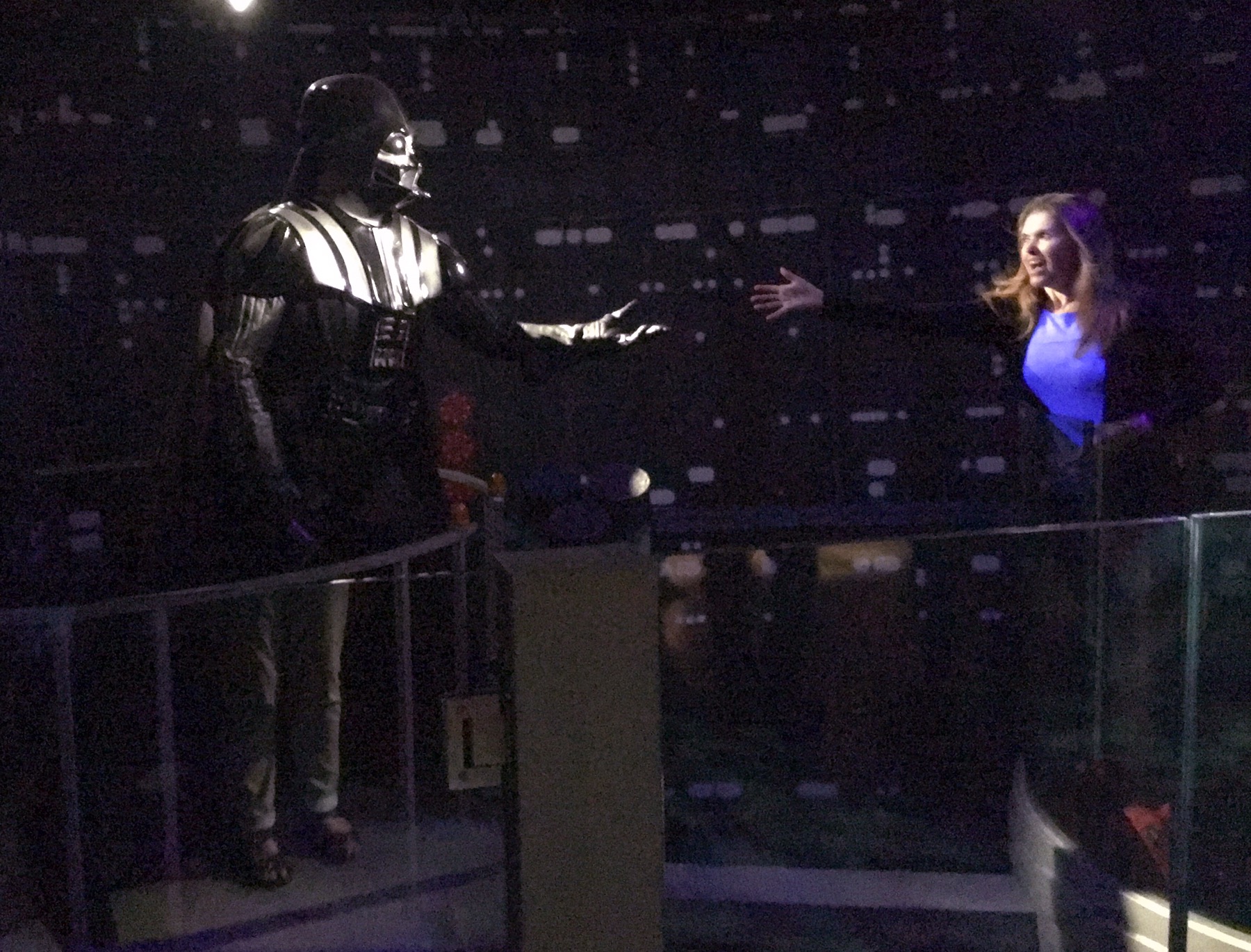 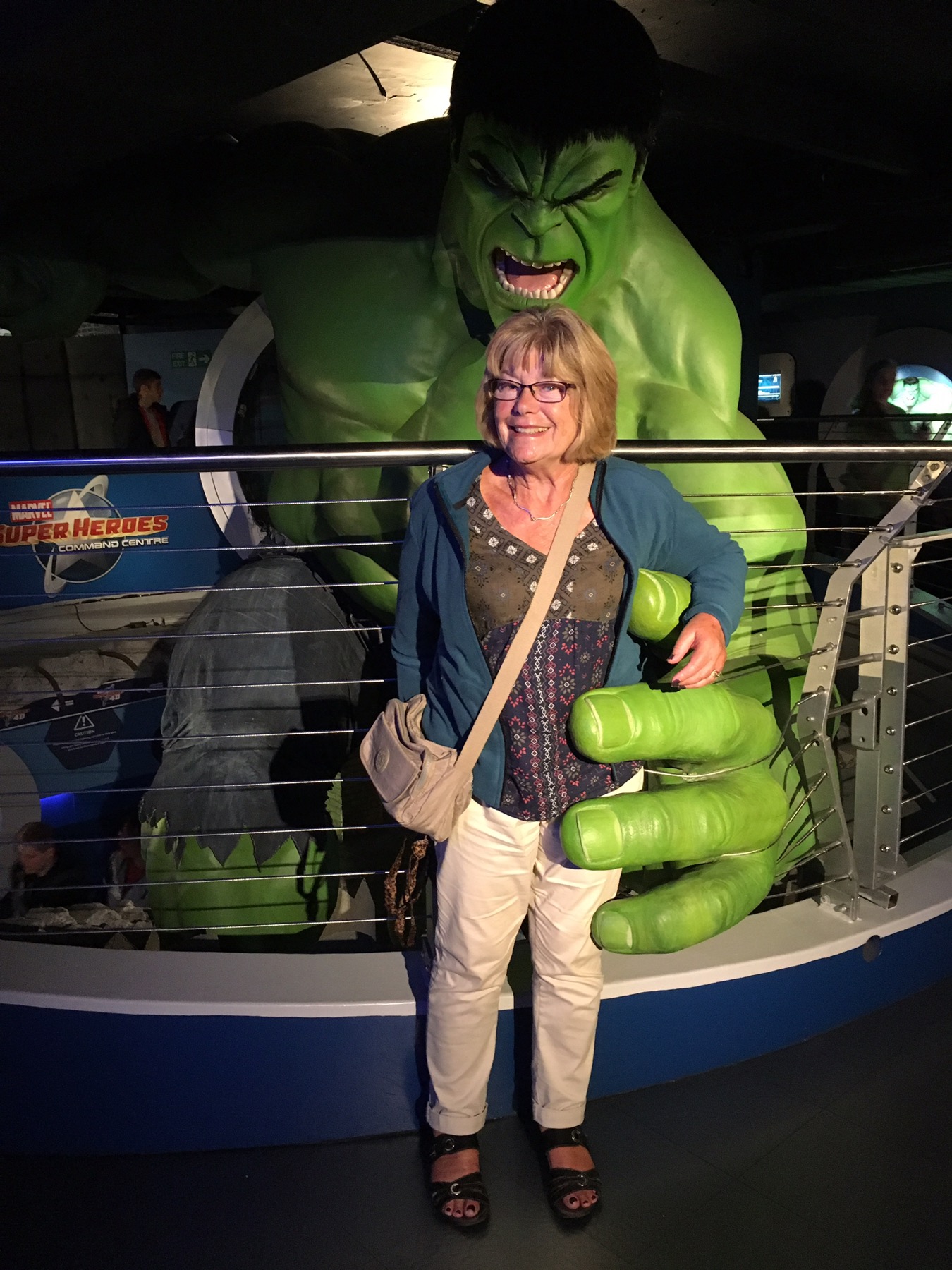 And Barack Obama was an absolute pleasure to meet… 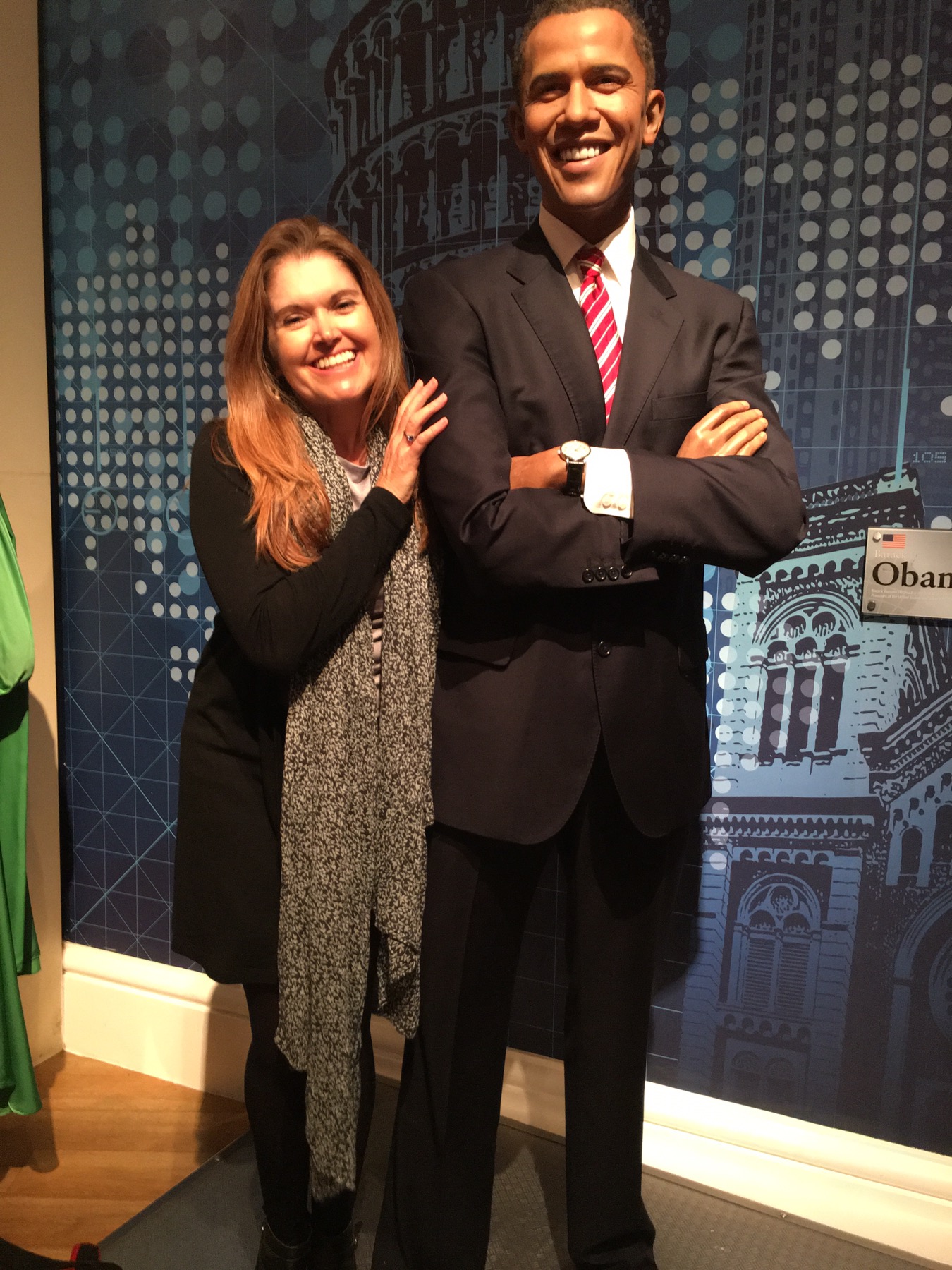 Soon it was time for my appointment with Mr Guri Sandhu, my UK airway consultant (I like to scatter them around the globe!). We headed to his Harley Street rooms where he had kindly squeezed me in for an appointment despite being between trips (arrived back from Morocco at midnight last night, off to India in the early hours of tomorrow!). He took a look at my trachea and shared his thoughts about the next steps to diagnose what’s going on with my breathing. Hopefully the mystery will be solved back in Perth, Western Australia.

From there, we headed to Oxford Circus in an attempt to find mum a new dress for the weekend. We found lots of very unattractive dresses for sale, and were unsuccessful in a purchase. We gave up and decided a glass of wine and dinner would be in order.

We headed to the roof garden at John Lewis – by now the sun was shining and it was lovely to be sat outside (albeit with a heater overhead – it is autumn after all!). We had some delicious food and wine, before heading back to Hastings on the 8.45pm train. 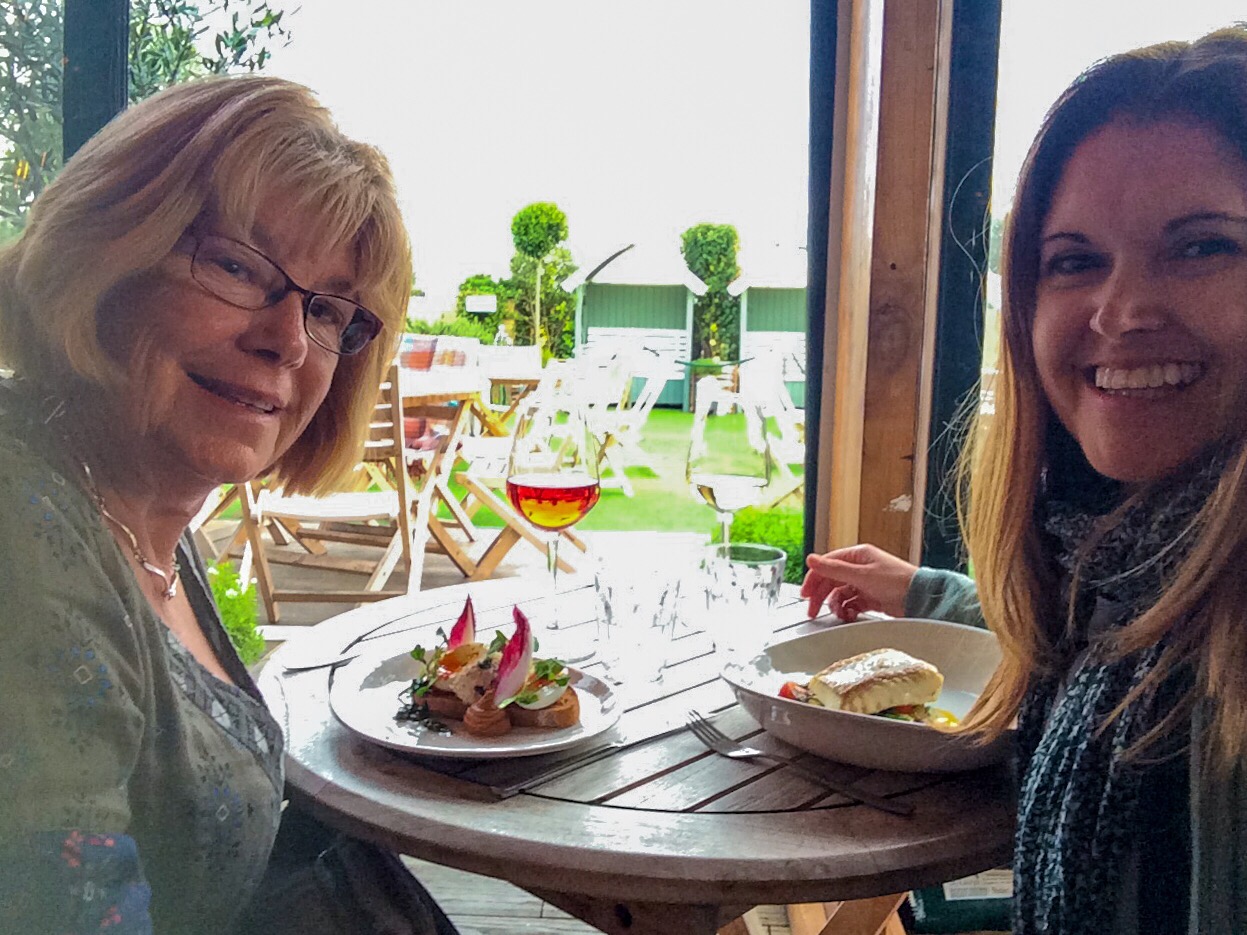