We left early after a light breakfast heading for Big Lagoon (they’re very creative with the names in these parts. There is also a Little Lagoon) in the Francois Peron National Park. We had been told by the information centre that today was to be both the warmest and least windy day of the next five days, so we decided to take advantage.

By 9.30am we were inflating our pack-rafts and setting off on the beautiful turquoise water for an explore.

It was the perfect way to see the shallow lake, which was unsuitable for motorised vessels. We explored right across to the opening of the lagoon, where it met the sea, and clambered up the iron rich sand dunes, cris-crossed with multiple animal and bird tracks, and no signs of humans at all.

We decided to stop and have lunch here, at the brand new national park kitchen and picnic area with the million dollar view. Not another soul was there! 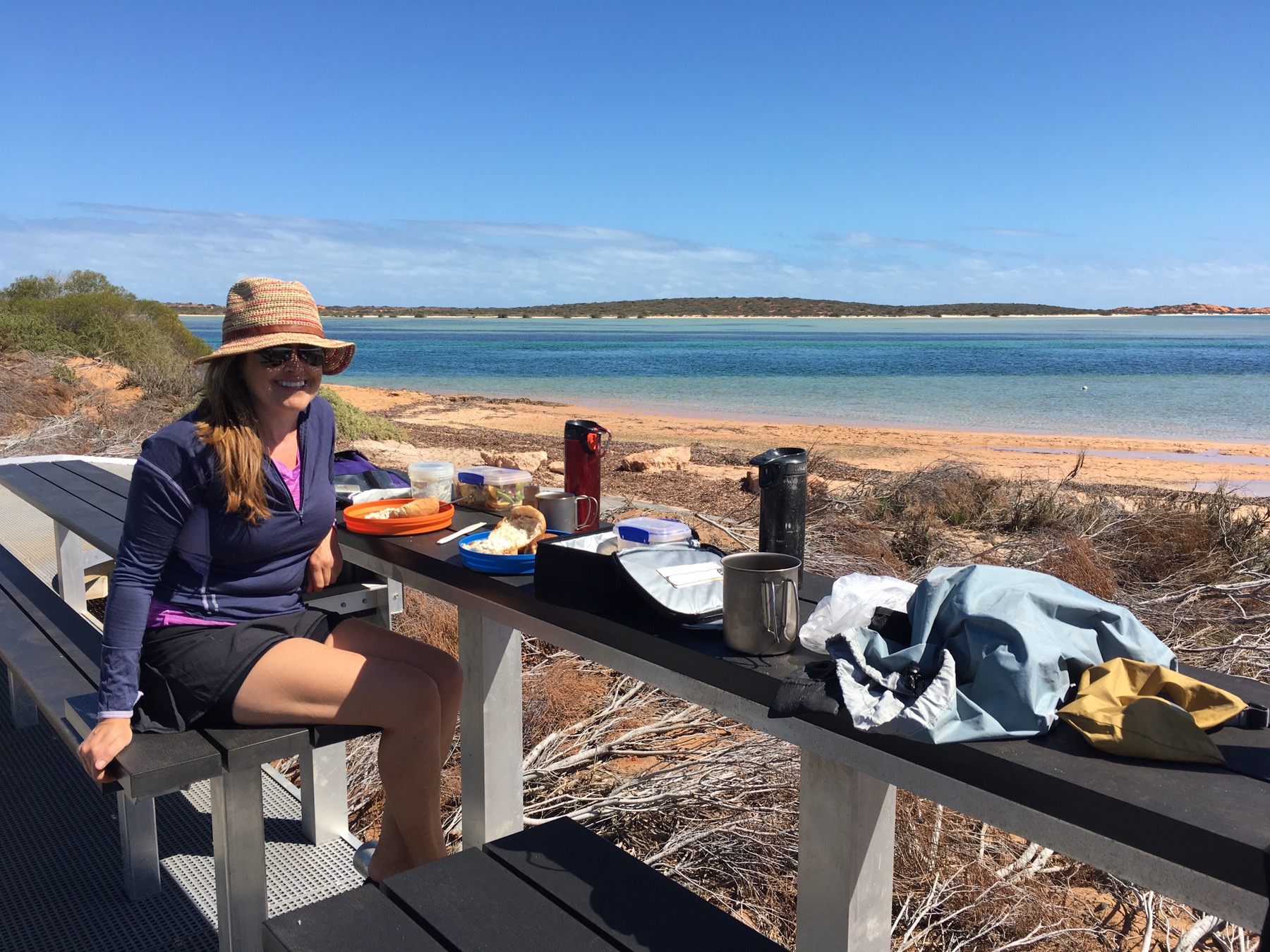 After lunch we decided to drive up to the tip of the national park. I had read some incredible accounts of the scenery and wildlife up there, and couldn’t wait to visit, however as we drove up the extremely rough roads (corrugations and deep sand) for over an hour, I could tell Mr A was doubting my decision. Thankfully the view at the top was incredible, with spectacular scenery and out of this world colours. 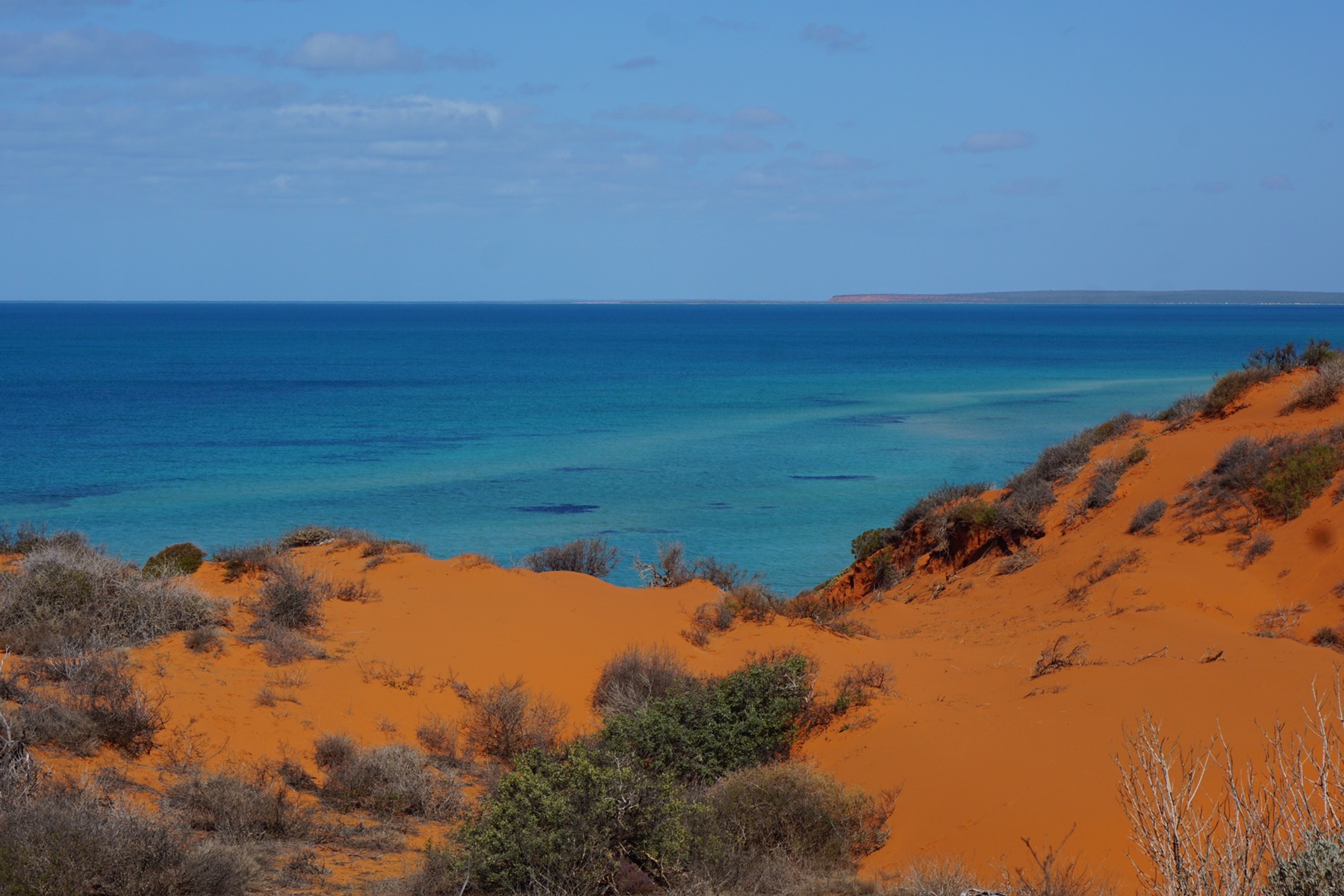 Better still, as we reached Cape Peron and the Snapper Point Lookout the sea life appeared as if on cue – within moments of arriving we spotted several sharks swimming past and a huge manta ray, along with multiple shoals of gleaming fish. We both agreed, we could have spent a whole afternoon just there. 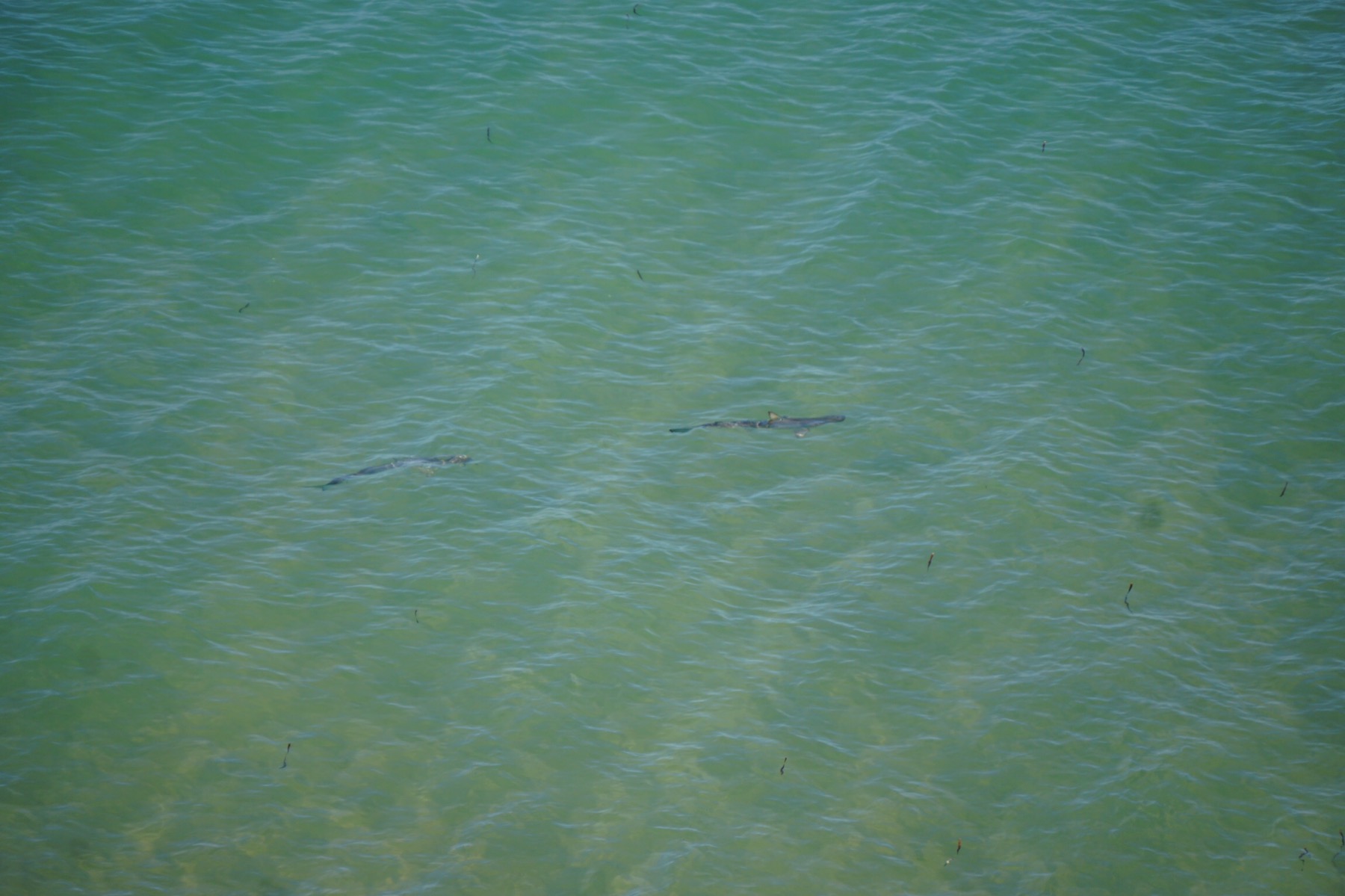 We walked along the headland, reading about the history of the point, with the first European visitors arriving from France back in 1801 and dancing to the maracas to try and convince the local Aboriginal groups they were there in peace. The Aboriginal people of course have been resident on this point for more than 26,000 years, and had never seen anything like it. I can only imagine what planet they thought these strange visitors were from! 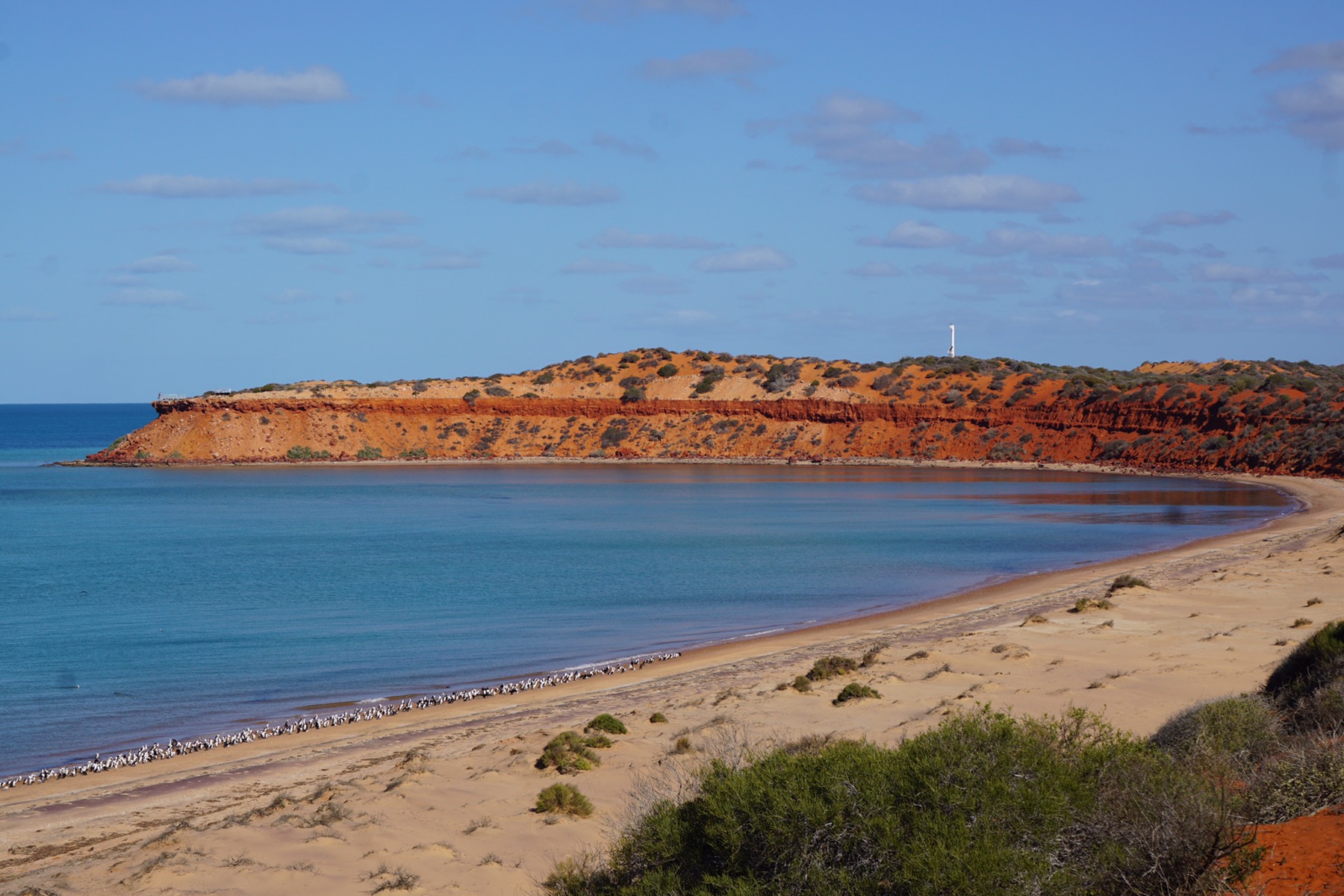 Down on the beach we saw hundreds of Little Pied Cormerants, which are regular residents here. The fact there are so many on land in this photo, and not in the water, means there are tiger sharks about. Cormerants, dolphins, manta rays, turtles and the odd pack-rafter are favourite meals for tiger sharks. We remained firmly on land.

We returned to camp exhausted after our busy day, and thankfully had the foresight to defrost a pre-made red curry for dinner.

Beautiful shades of mauve, blue and purple this sp

...when the hedge is so thick a stile will not wor