We started the day with a mountain bike ride, heading off down several 4WD trails into the property. We cycled until the sand got too deep to pedal, then left our bikes and walked up into the red sand dunes, covered in beautiful wildflowers and a multitude of tracks from the action last night. It was a stunning location, so peaceful we could hear little more than the flutter of wings and the twitter of birds.

On our return we visited the homestead to learn more about where we were staying. Giralia Station had remained (at least partially) in the same family since the 1920s, only being relinquished in 2005 when the Western Australia Department of Conservation & Land Management purchased the land, recognising it as a site of special interest. It has several kilometres of coastline as well as much land which is gradually returning to its natural state since the removal of cattle and sheep.

Our explorations would suggest there are still camels wandering around here somewhere, with evidence of footprints on the dunes, as well as feral cats, having spotted small paw prints in the sand also.

We decided to drive out to the coast, which felt desolately beautiful with the tide out and beach overtaken by soldier crabs hunting for a feed on the mud flats. We also felt cool (it was only 23 degrees C) for the first time during the day for ages – we almost needed long sleeves…almost…we must be heading south!

We decided to head out for a final bike ride before dinner, to try and spot the cockatiels and budgerigars we had seen flying past last night. Unfortunately it was a fated ride as an evil twig lashed out and attacked Mr A, catching him across the nose and cheek. He now looks like he has been in a fight…I meanwhile was fighting back the giggles as I tried to be sympathetic to his pain and embarrassment…I think he’ll be ok though (brave soldier!)… 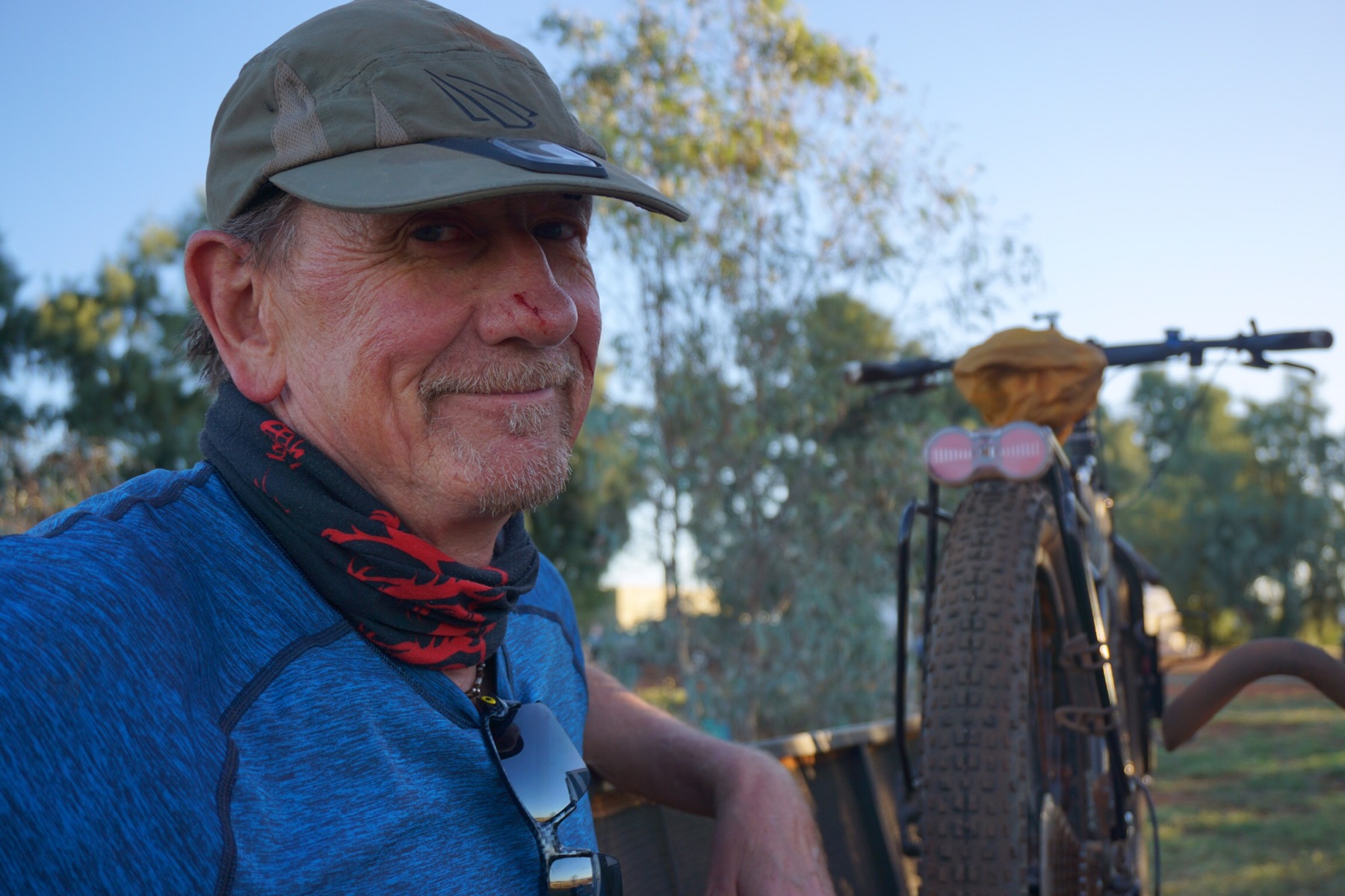