As always we awoke to a stunning morning – about 16 degrees, blue skies and promise of a 30 something degree day ahead. Life is easy when the weather is totally predictable. We decided to head off out on our bikes while it was cool, and first of all paid a visit to the old 1930s homestead, from back when this National Park was a horse, sheep and cattle station. There was a lot of information about the Aboriginal cultural heritage of the area which continues to this day, plus an interesting depiction of life here early last century. We continued our tour along a wetlands trail to a sacred lake behind the homestead, and then along a fantastic 8km cycle trail completely off road, leading through the gum forest and through spinifex filled open desert to a fabulous viewing point over the Fortescue River.

We returned from our cycle to have a BBQ brunch and relaxed through the heat of the day.

Around 2pm we headed off to find somewhere new to paddle. We spotted a road heading down to the river and decided to park by the closed gate and hike off down for an explore. We were just opening the doors of the car and we saw a WA National Parks Ute reversing swiftly towards us. A stern woman brusquely told us were not allowed off piste, and that down that unmarked trail was an Aboriginal cultural area visitors could not access.

﻿﻿National Parks in Western Australia are quite different to those in NSW, which rarely patrols its areas (meaning everywhere is open to visitors), and certainly doesn’t seem to fiercely protect Aboriginal zones. This is not the first time we have been told we cannot freely explore a park – a Karijini ranger also told us to stick the the allocated trails there. It does explain why the parks are always so busy, with everyone constantly channelled down the same avenues. 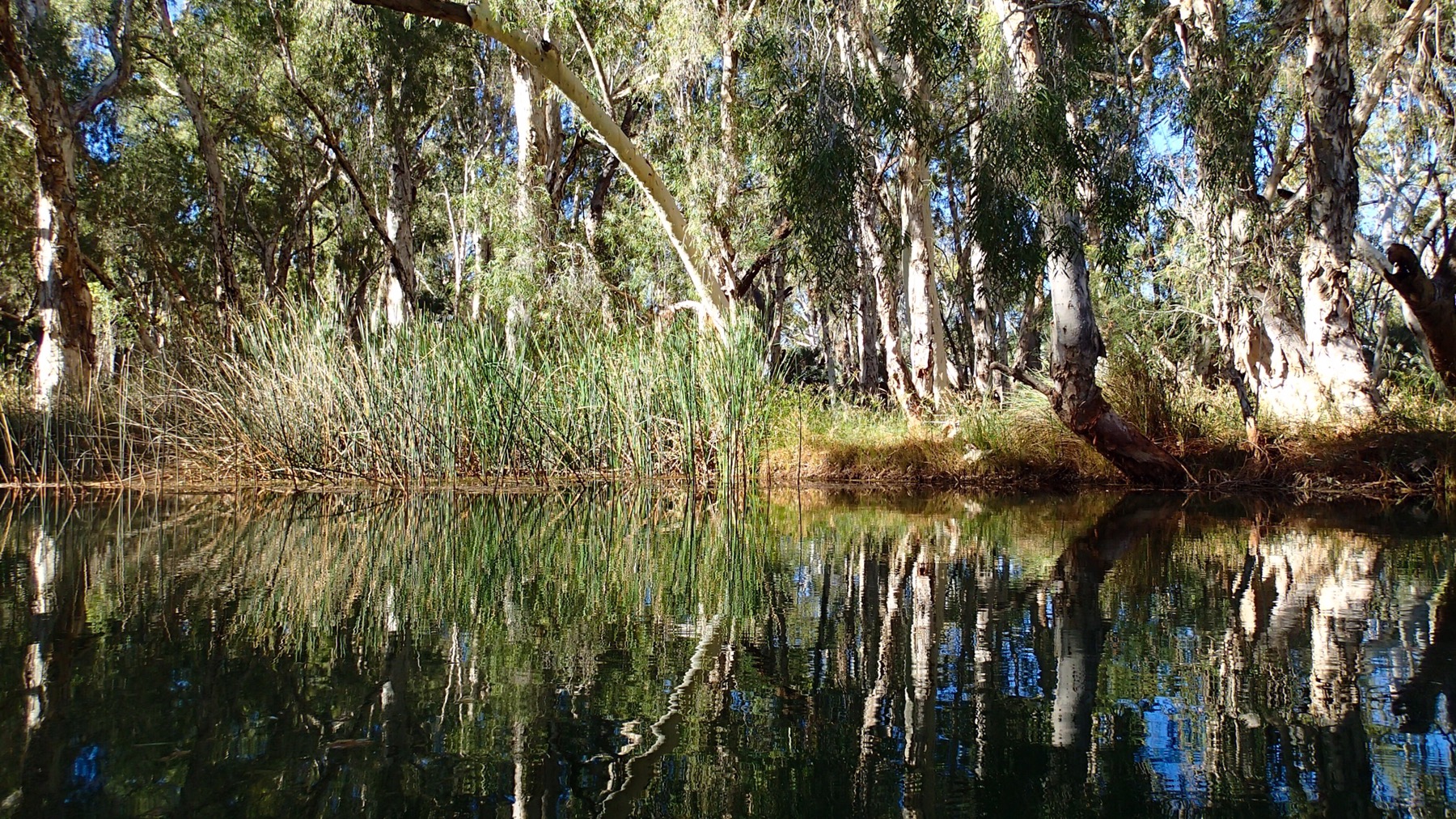 We ended up going back to Deep Reach along the Fortescue River, inflating our kayaks and setting off for an explore. We saw many birds this afternoon, reed warblers, rainbow bee-eaters, honey eaters, firetails, ibis, herons, black kites…the list was endless, and stunning reflections on the water. 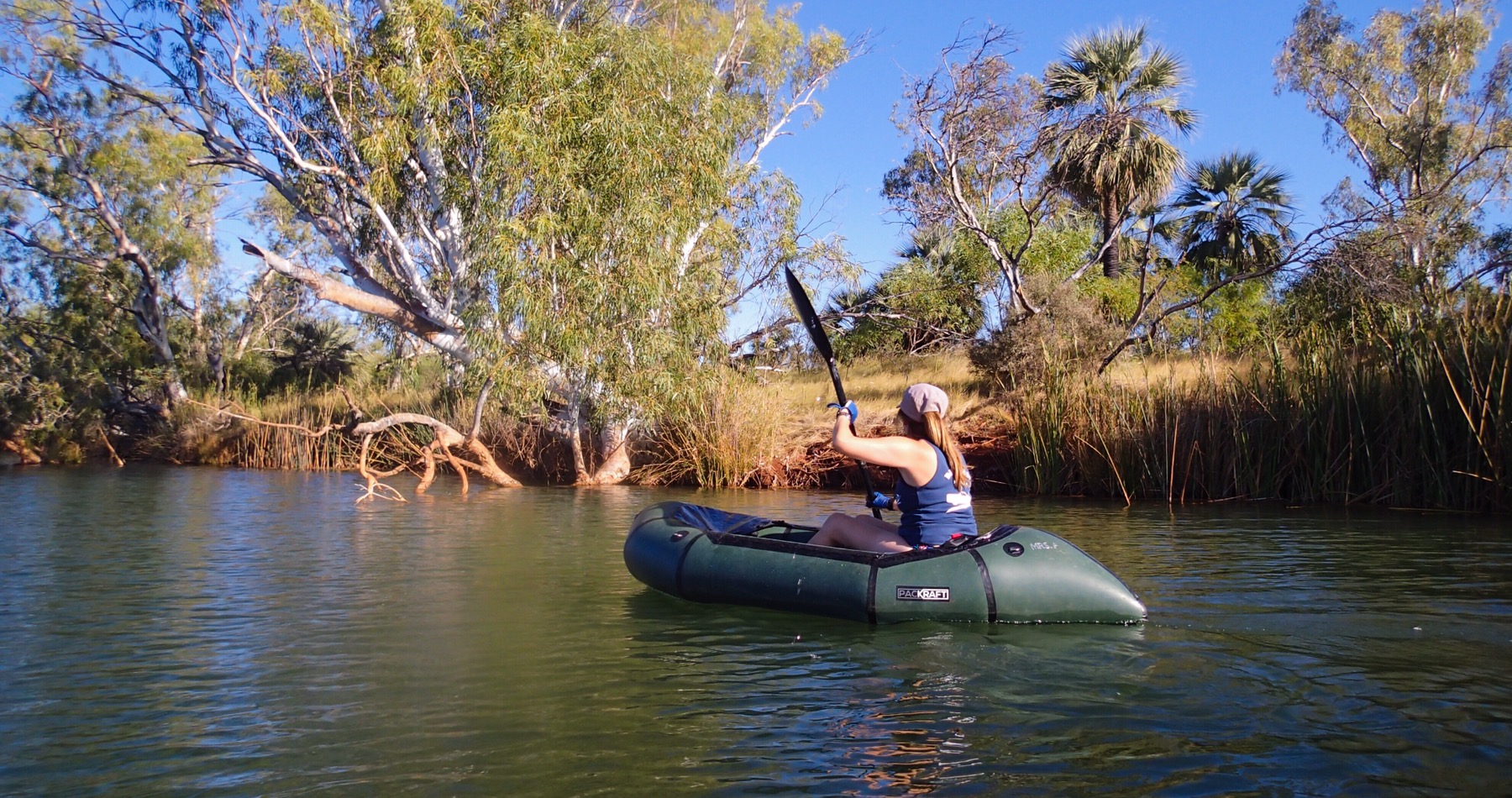 On our way back to the car I managed to stop Mr A from stepping on a rather stunning cream and brown patterned snake which was crossing the pathway. It coiled up and threatened to strike at us, its pink mouth open and hissing in our direction. We waited until it decided to retreat back into the bushes before continuing, unsure whether it was poisonous or not. Back at the mobile apartment I checked it out in our ‘Reptiles and Amphibians’ book – it was a Stimson’s Python – non-venomous…so I didn’t save Mr A’s life after all…!

Nevertheless, we celebrated with a home cooked dinner of Beef Rendang and a delicious bottle of Penfold’s 2013 Bin 8 Cab-Shiraz. ﻿