To: Barnett River Gorge (on the map) – locally known as Jigngarrin

Time to travel: 3.5 hours (including an hour’s stop at Gibb River Station)

Well, feet were firmly on the ground today as we continued our journey west along the Gibb River Road. Mr A was even in a vaguely positive frame of mind about our surroundings, given the road was slightly smoother than yesterday’s vibrating corrugations. After around 50 minutes of driving we pulled into the Gibb River Station, about 1km off the road. The station is also the hub of a lively aboriginal community, with a sparse store selling essentials, like cans of Coke and ice creams. They also sold fuel from a single tank and offered camping, fresh water, and when the right elder is around, tours up the creek to see the rock art.

We filled up with water, tried calling Mount Elizabeth Station (Mr A had read they have some ‘Bradshaw’ Aboriginal art on their land and do tours) but no answer, and went on our way.

When we arrived at the turn off to Barnett River Gorge there was no sign, not even a road name, just an orange single sandy track heading off on the right of the road. With no passing areas, we did wonder what would happen if someone came the other way, but fortunately didn’t have to find out. We drove 4km, the road steadily getting rougher, with the odd washout and large rocks to negotiate. I walked ahead of the car for the last bit with a walkie-talkie (essential caravanning kit!) ﻿to help guide Mr A safely down.

After seeing nobody on the track, or in fact the Gibb River Road for the past 45 minutes, it was a shock to see about 12 4-wheel drives all parked up at the end of the road! There was one turning circle, beside which was a large, level grassy camping area with our name on it. We negotiated our way in and were soon parked up and putting on our hiking gear.

As we commenced the hike in, we saw the owners of the 4WDs ﻿hiking out – a whole bunch of backpackers on a tag-along tour. We had the remainder of the walk to ourselves. As seems to be the way up here in the Kimberley, it was more of a rock hop than a hike, requiring navigation via cairns left by previous hikers, and the odd arrow provided by the Aboriginal community. It was great to be out of the car and amongst nature again, and soon we arrived at a lookout on top of the escarpment. Funnily enough, the sign pointing to the lookout read ‘Look out’, and as we admired the incredible view of the gorge, we spotted a huge crocodile in the water beneath us! Argh! Look out! 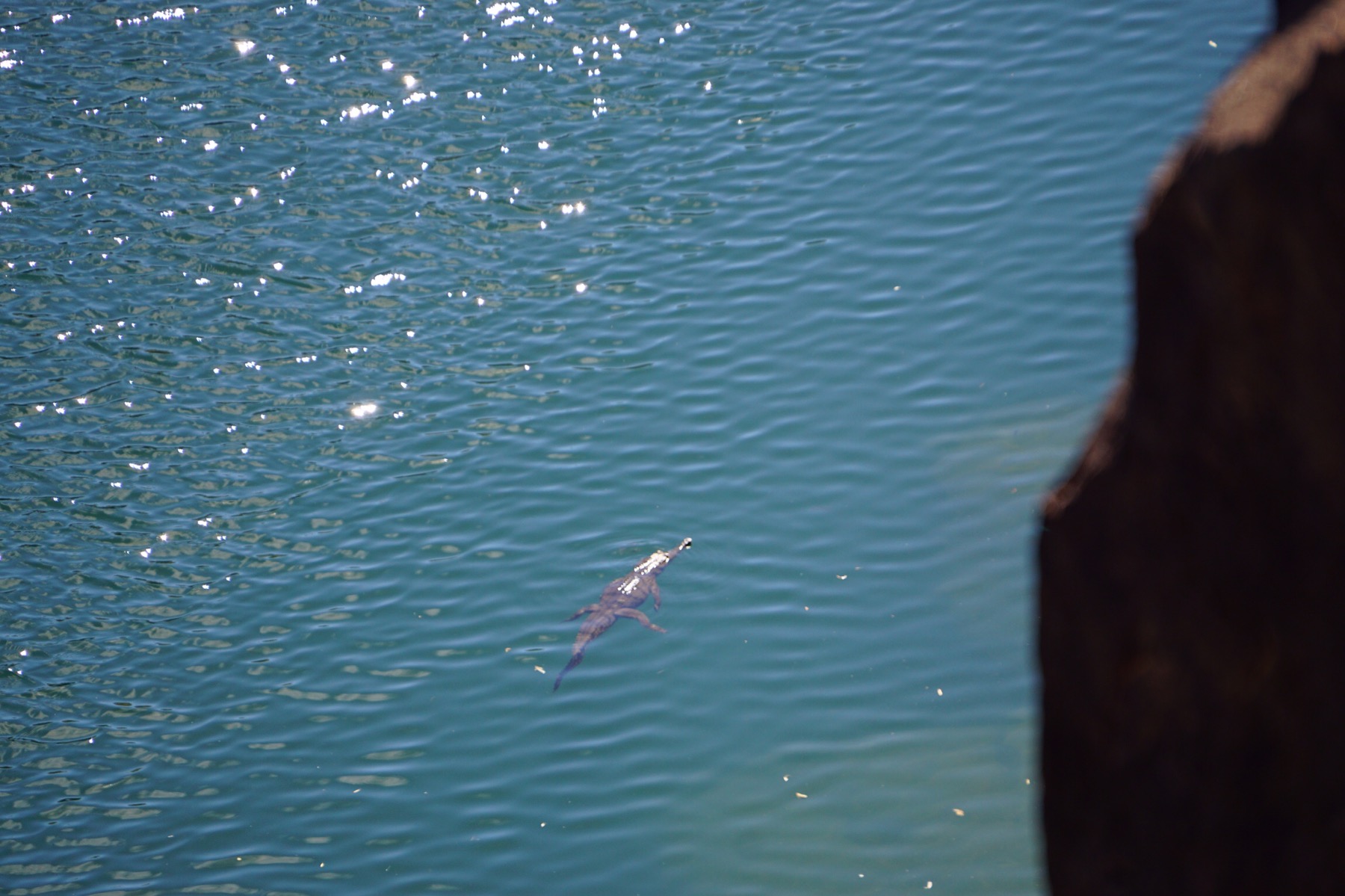 The hike continued on, climbing down the escarpment walls down to a rock platform with idyllic pools leading to waterfalls and more pools, surrounded by pandanus palms and white sand beaches – a landscape designer could not have done a better job. We avoided the big deep pool with the crocodile, and instead ate our lunch and enjoyed a swim in the shallower rock pools – heaven. 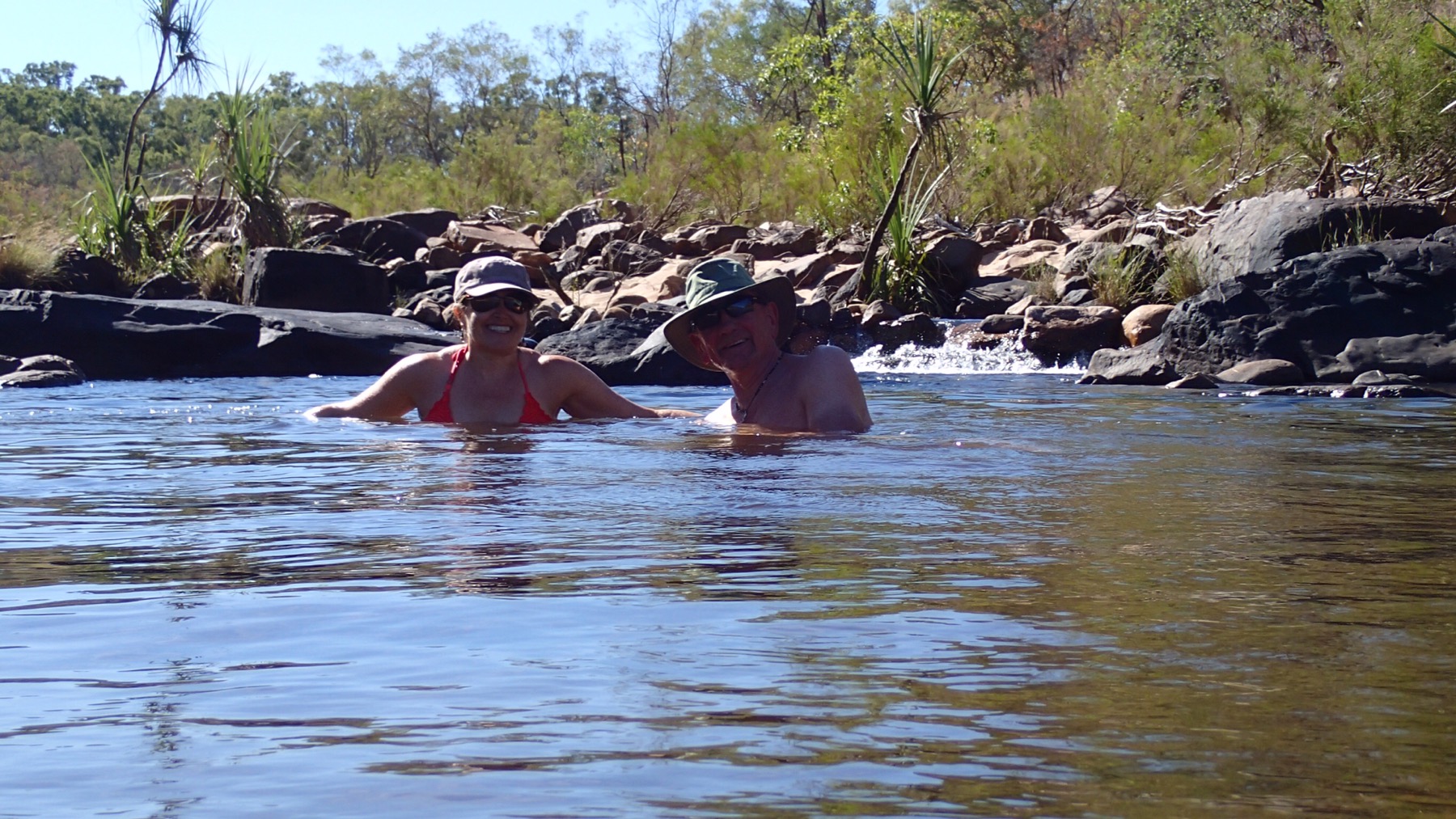 We returned to the car and mobile apartment for hot showers, and briefly had the whole spot to ourselves. Briefly. Three more campers have arrived for the night…should we warn them about the crocodile or not? That is the question…

Now chilling out as the sun goes down with a refreshing rose (me – bringing back memories of Provence and our time with Colin & Di last year) and a James Squire Pale Ale for Mr A (again, he says!) 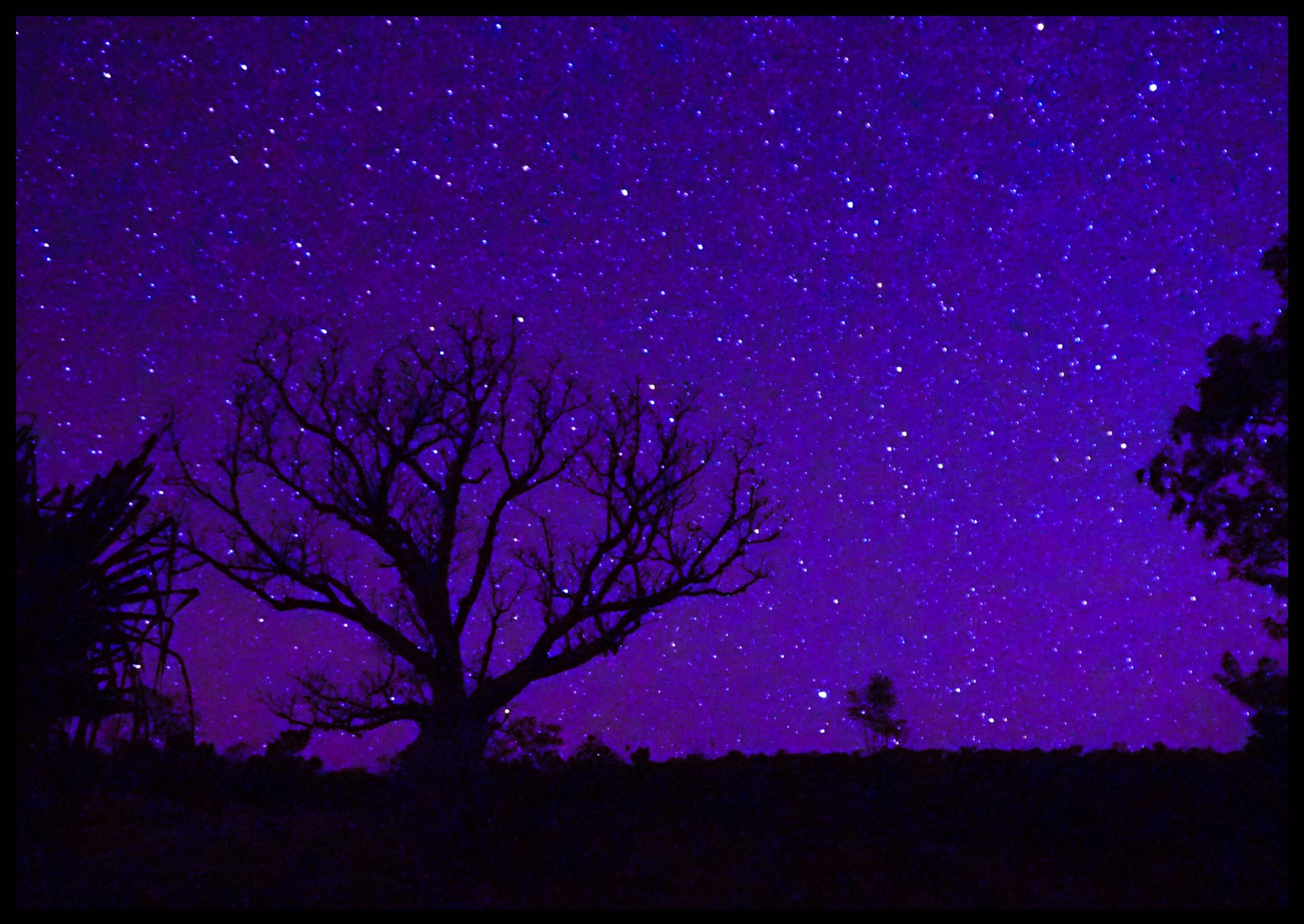