We left camp by 7.30am and almost immediately were crossing the Durak River – absolutely still and stunning in the early morning light. Apparently it is inhabited by crocodiles but unfortunately we didn’t spot any on our drive across. On the other side of the river, we were following the grader, a large truck smoothing the road. Such a shame he hadn’t done the piece of road that tore up our tyre yesterday afternoon, but that’s fate. Our first destination for the morning was Ellensbrae Station, a large cattle station which also offers camping, accomodation, scones with jam and cream (!!) and most importantly for us, a tyre repair service. 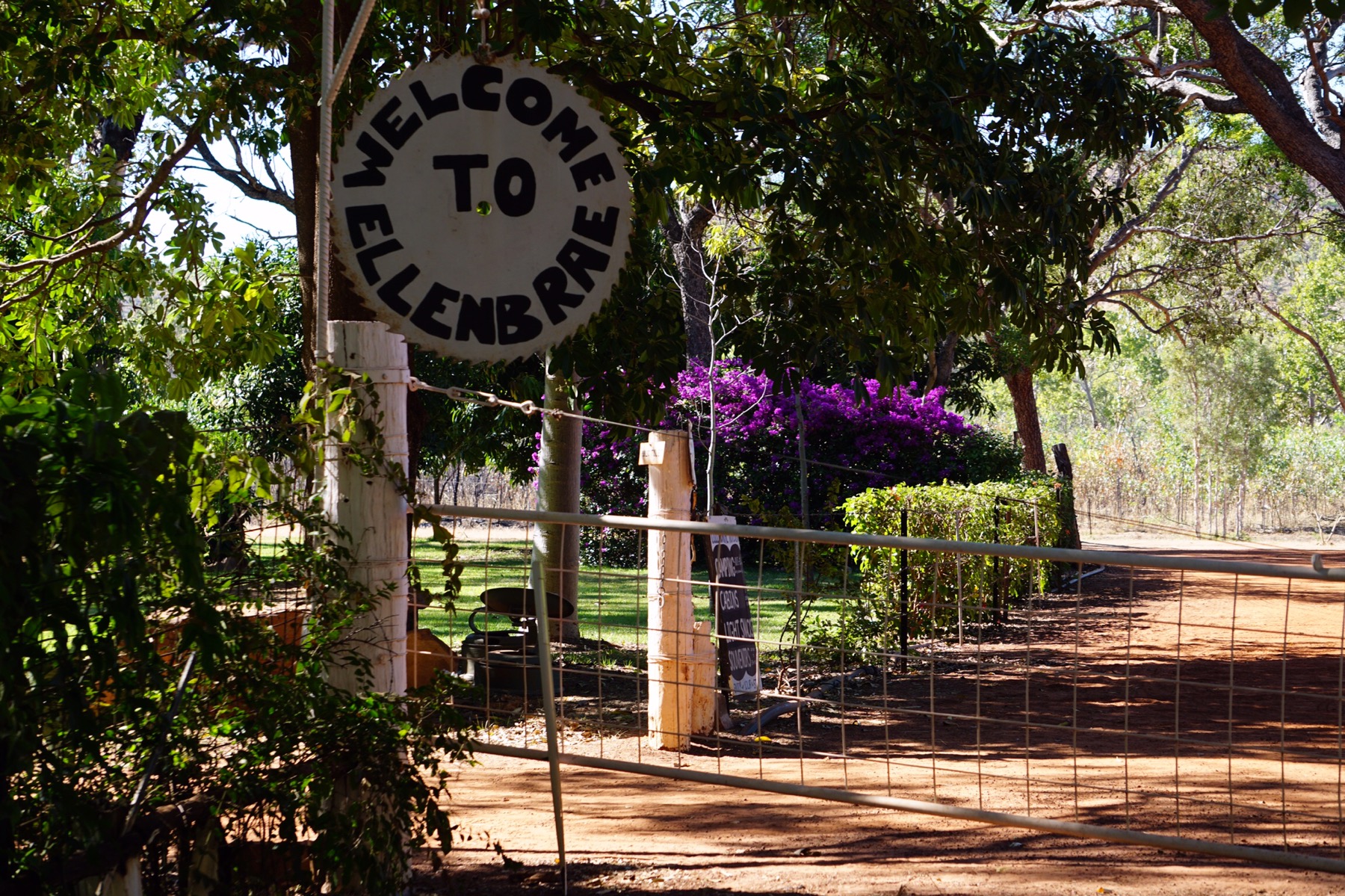 As we drove off the dusty Gibb River Road, it was like seeing an oasis. A building shrouded in borganvillia flowers among green grass and leafy, shady trees, and flocks of birds everywhere. We chatted to the tyre repairer who took a look at the tear in our Mickey Thompson Tyre (we thought were invincible!) and told us firstly, he had no spares to sell us that were the same size, and secondly, that he thought it was too big a tear to repair – his usual size being about 1cm wide, and this being about 4cm!

We retired to the veranda for scones, cream and jam (Mr A) and a ham and tomato toastie (me) while he took a closer look. Unfortunately he confirmed that the tear was unrepairable, and called ahead to the next cattle station, Drysdale, to see whether they had a tyre they could sell us. Fortunately they had, and put it aside for us. We farewelled Ellensbrae and set off for another 3.5 hours drive to the next station, their closest neighbour! 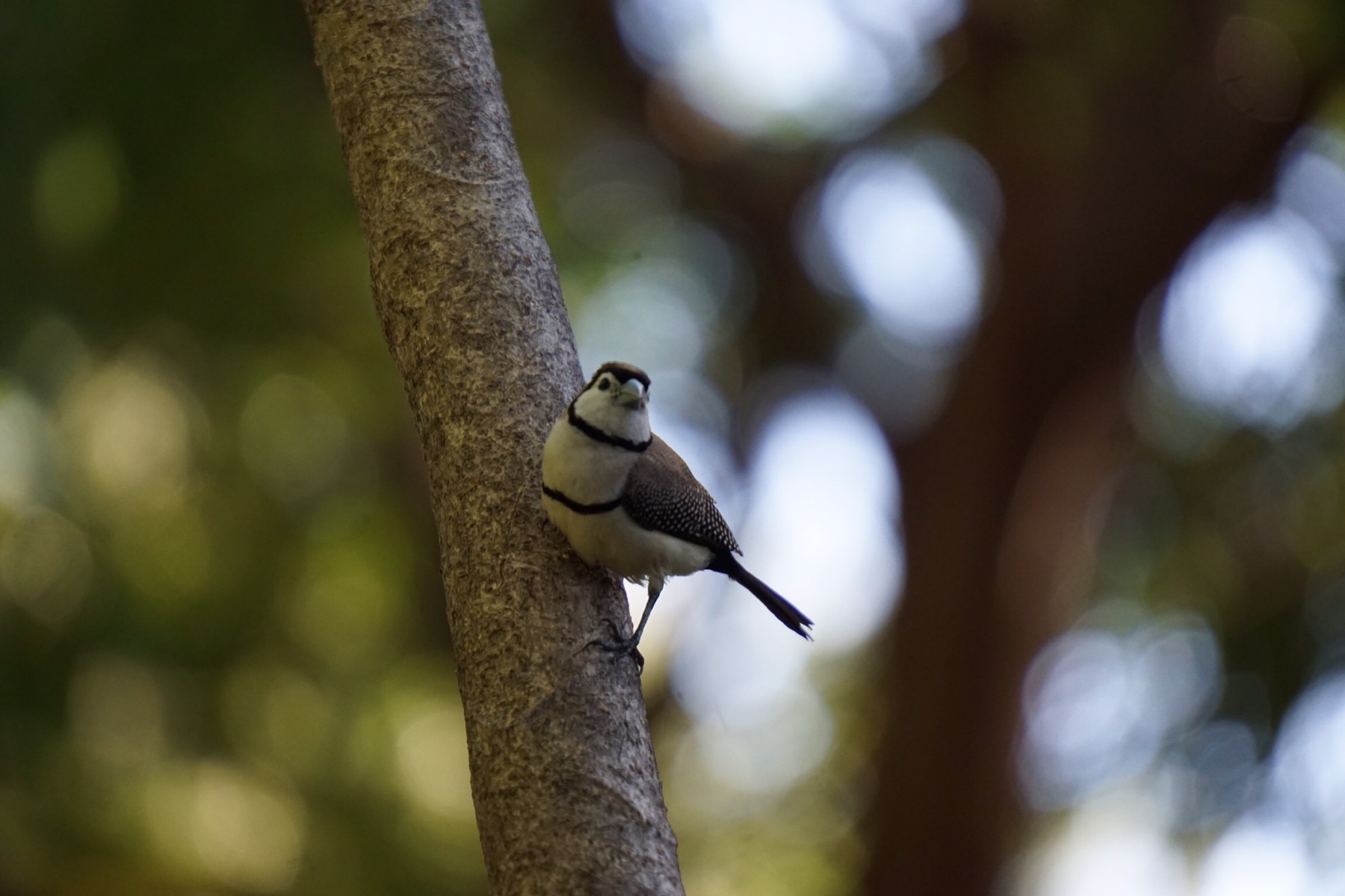 It’s so interesting chatting to people in these parts. During the wet season (October to April) most of these cattle stations are completely cut off from the rest of the world, the Gibb River Road being completely impassable by multiple floods. Often the only person they would see would be the Australia Post delivery man who flies in via light aircraft and lands on their property once a week to deliver the mail and parcels – it sounds like they do a lot of online ordering to ensure he arrives regularly!

﻿We drove on relatively sandy roads to Drysdale Station, but they were hard going, being extremely corrugated. Everyone gives you different advice – one couple we met suggested we should dive no faster than 55km/hr on these roads and we are sure to come to no grief…meanwhile the folks who tried to repair our tyre yesterday (and perhaps inadvertently made the tear worse…) told us they drive at 110km/hr! We took the slower option, which is perhaps bumpier, but ensured we arrived in one piece.

Arriving at Drysdale we again met up with a couple of ﻿other campers we had met before at El Questro, and had lunch at the bar – Mr A opting for the ‘biggest burger in the Kimberley’ – beef, tomato, egg, bacon, cheese, pineapple, beetroot and iceberg lettuce in a bun. And he managed it too! 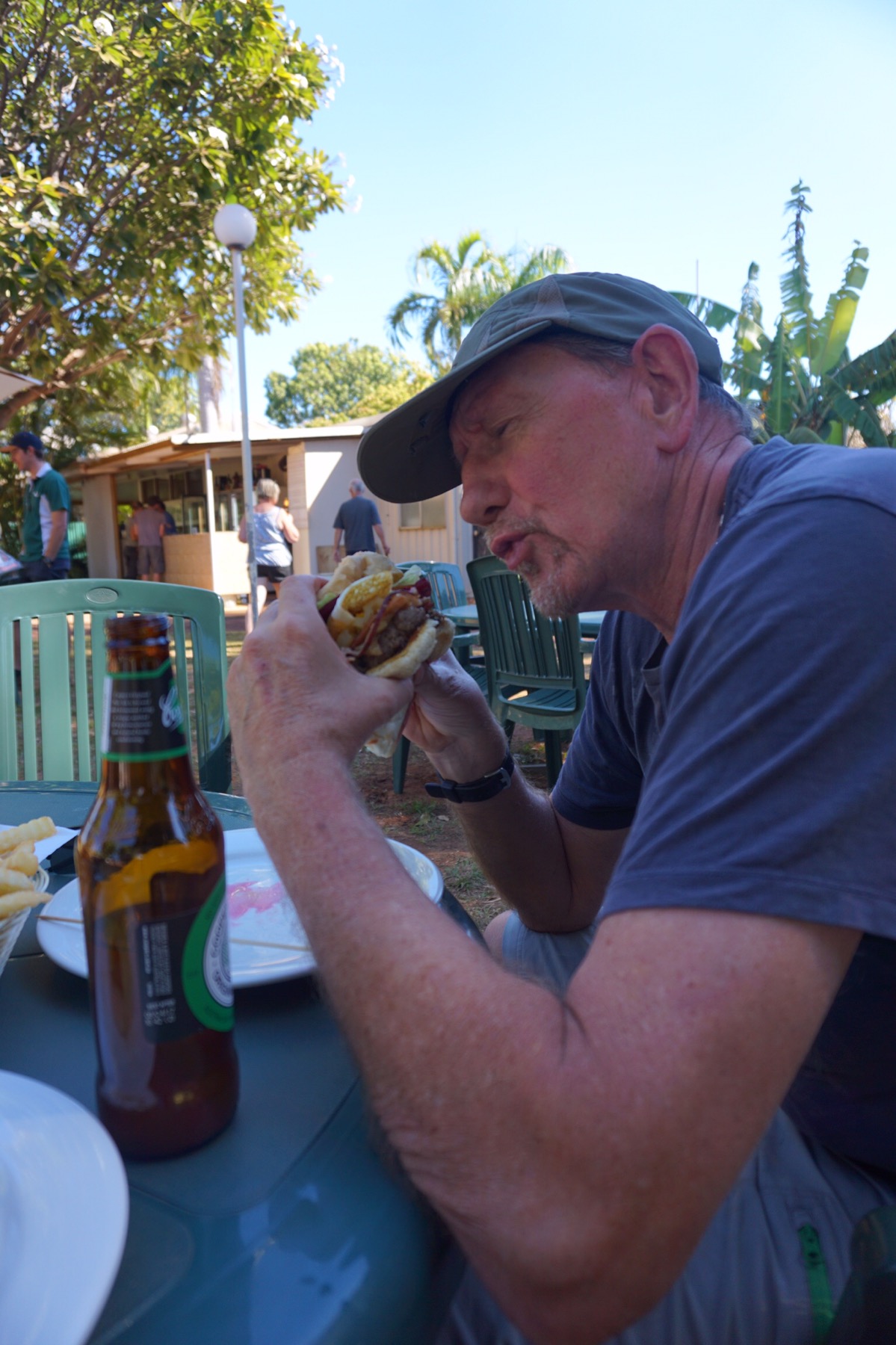 We purchased our new spare tyre, not the same brand, but the right size at least, and should see us through if we had another issue, and also decided to book on a flight out to the Kimberley coast and over Mitchell Falls tomorrow morning. It’s expensive, but around a 2 hour flight with only two other passengers, we feel that $450 a head is worth it, and much less stressful than another 160km drive each way on corrugated roads to see the falls on foot.

We are now showered (temporarily clean and not covered in orange dust!) and settled in for another early night – the sun sets early in these parts (by 5pm) and the dust makes your eyes sting – it’s not too hard to turn in by 9pm!