We took the Zone to see the doctor this morning, The Caravan Doctor, that’s right. Somewhere down the Gibb River Road our suspension had taken a hammering and some little plastic stoppers had been damaged. Or was it the weight of the hefty wine cellar, packed in anticipation of a vitculatural desert, that gave the suspension too much to cope with?  The lovely people at Zone had sent some new ones down to this caravan repairer in Busselton. We rolled in at 8.45am, they immediately went to work, and we were away by 9.30am. How about that for service?

So back we went to the caravan park and set up again, not exactly arduous, plug in a few pipes and leads and we’re done. Our trusty two wheeled steeds were readied for exploration and off we set. We headed along a cycle way that followed the coast, ogling some amazing houses on the way, and all the native flowers that had been planted beside it. It truly was one of the best cycle paths we have ever seen. Beautifully tended flower beds alongside us, views of pristine white beaches, oh…and flat…Mrs A is doing well but still on the mend. 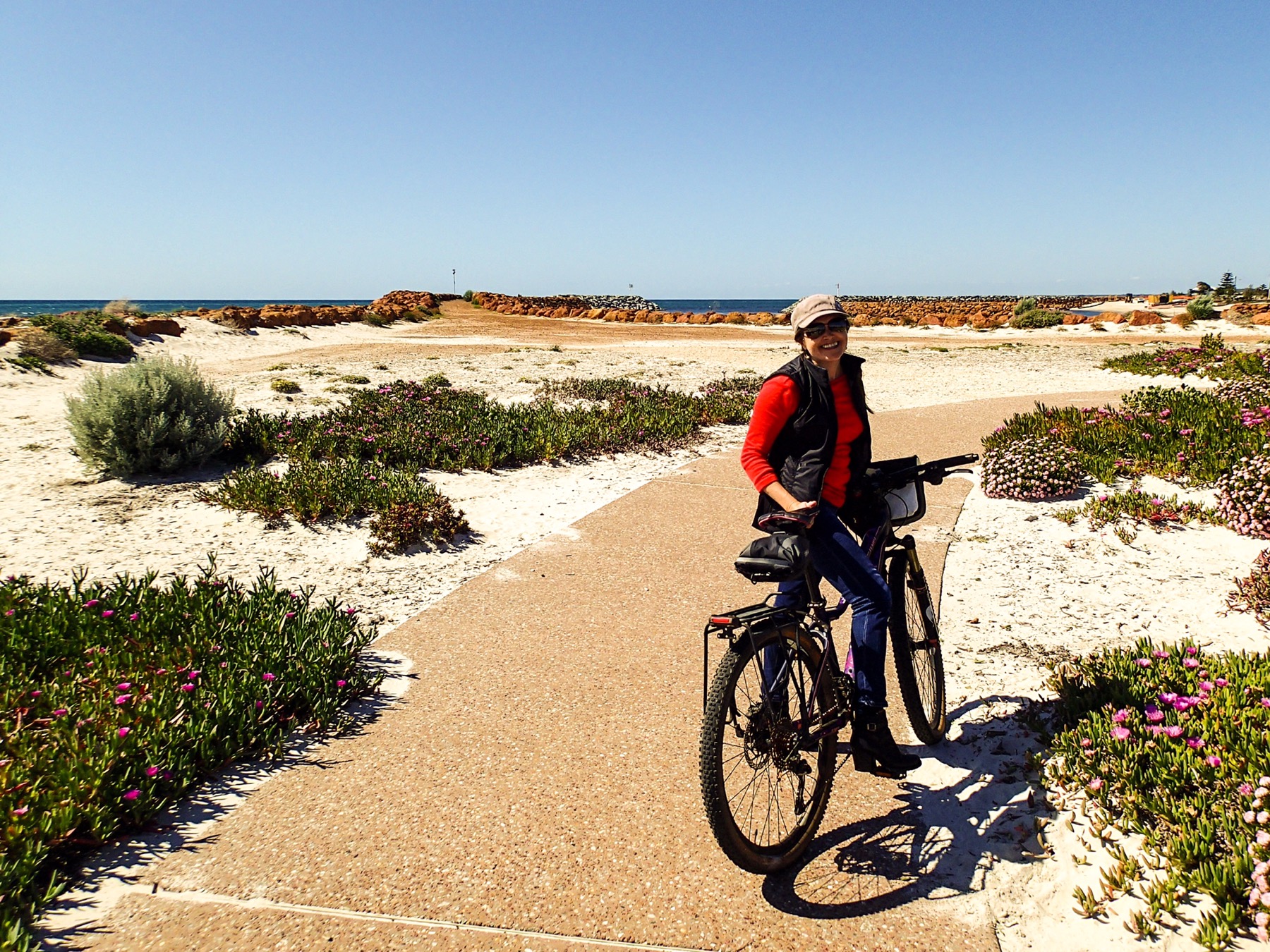 The path eventually led us into this new marina development at Port Geographe, just stunning, the houses, the landscaping, the canals, its one of the most spectacular estates I’ve seen in Australia. 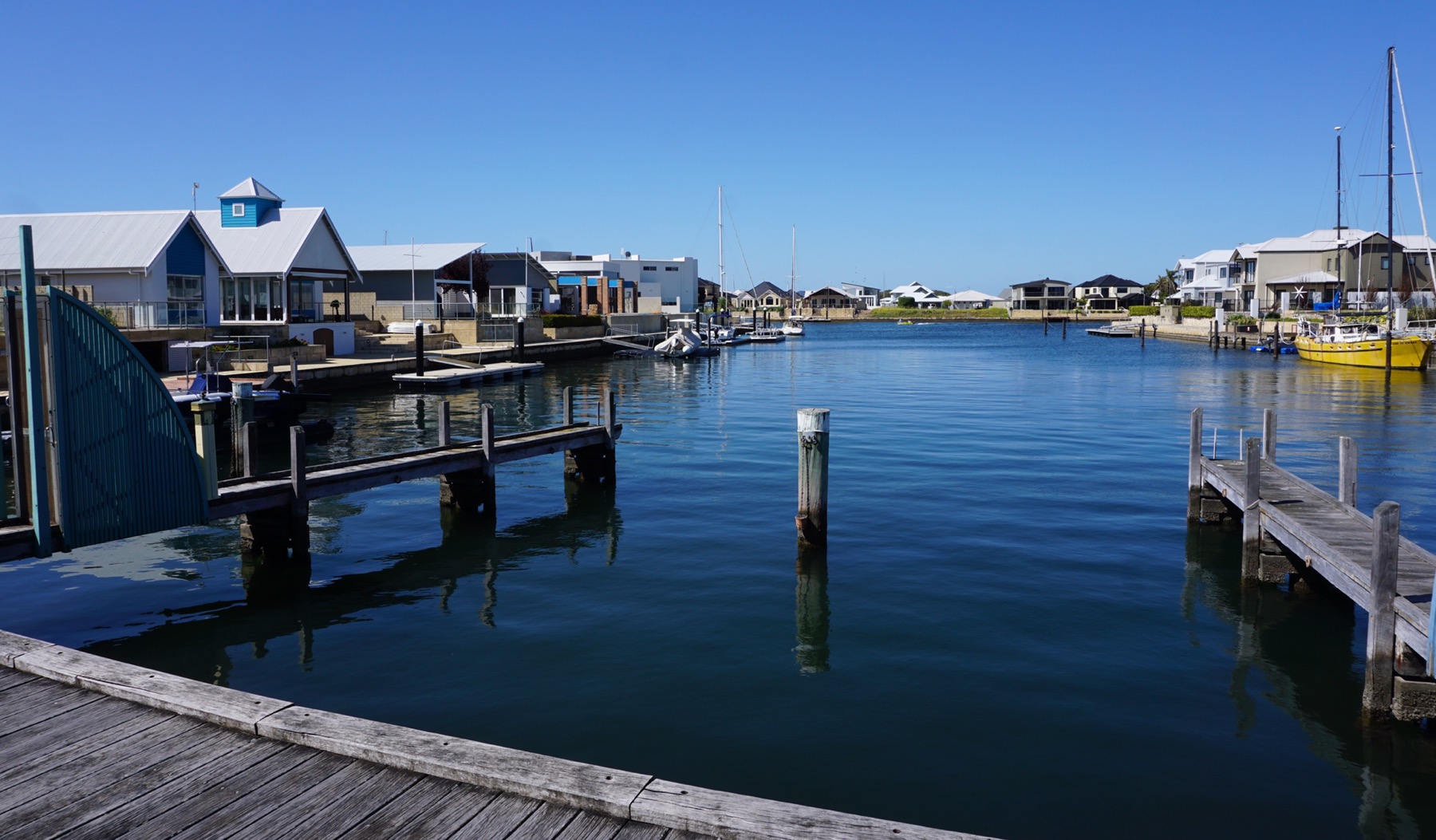 We forced ourselves to turn round and cycle back into Busselton and explore in the other direction along the coast. It was just the same, beautiful beaches framed by wild flowers flowing alongside this cycleway. We wanted to just go on and on…but the afternoon was drawing on so we headed back into town, stomachs grumbling. 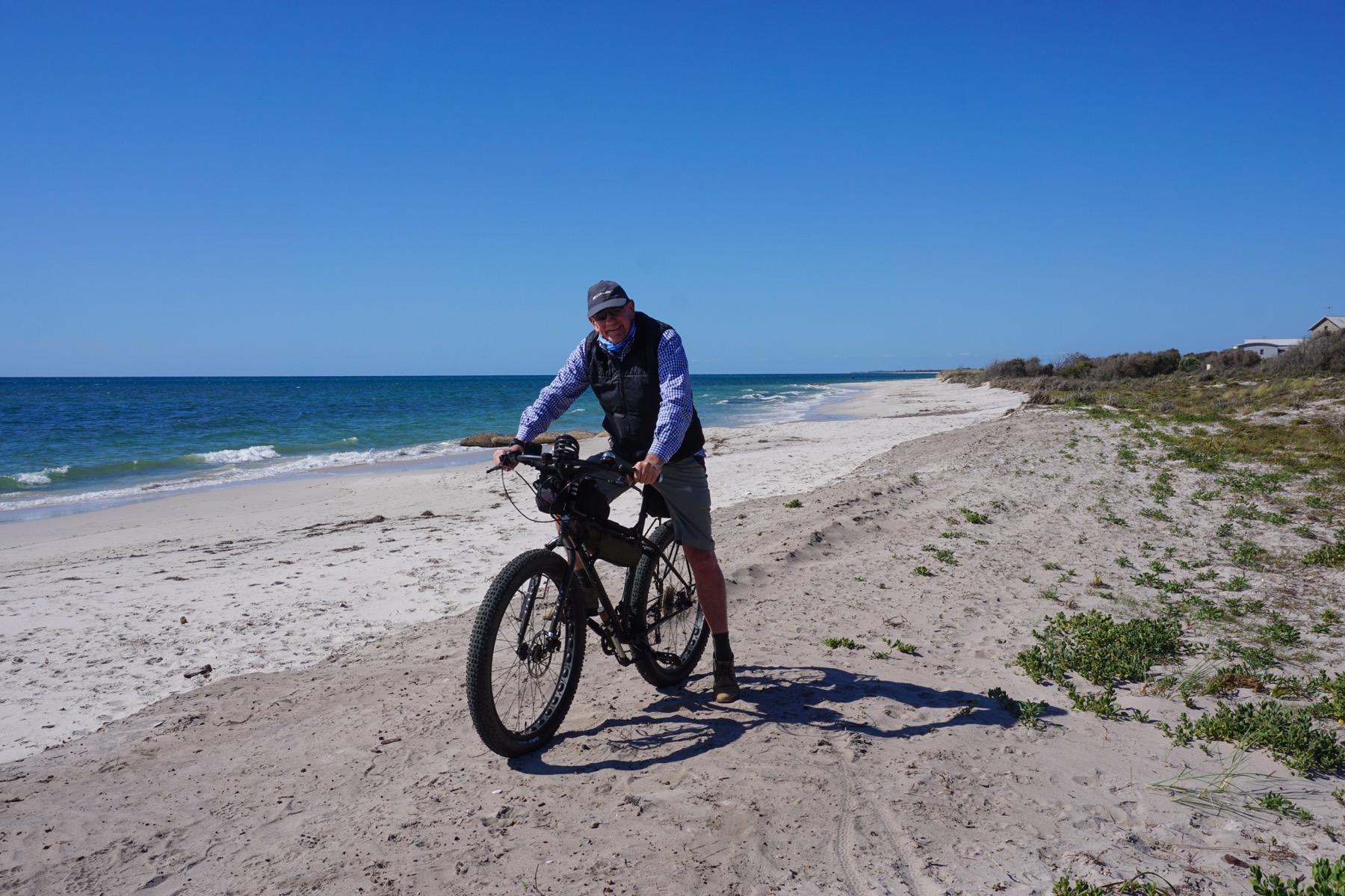 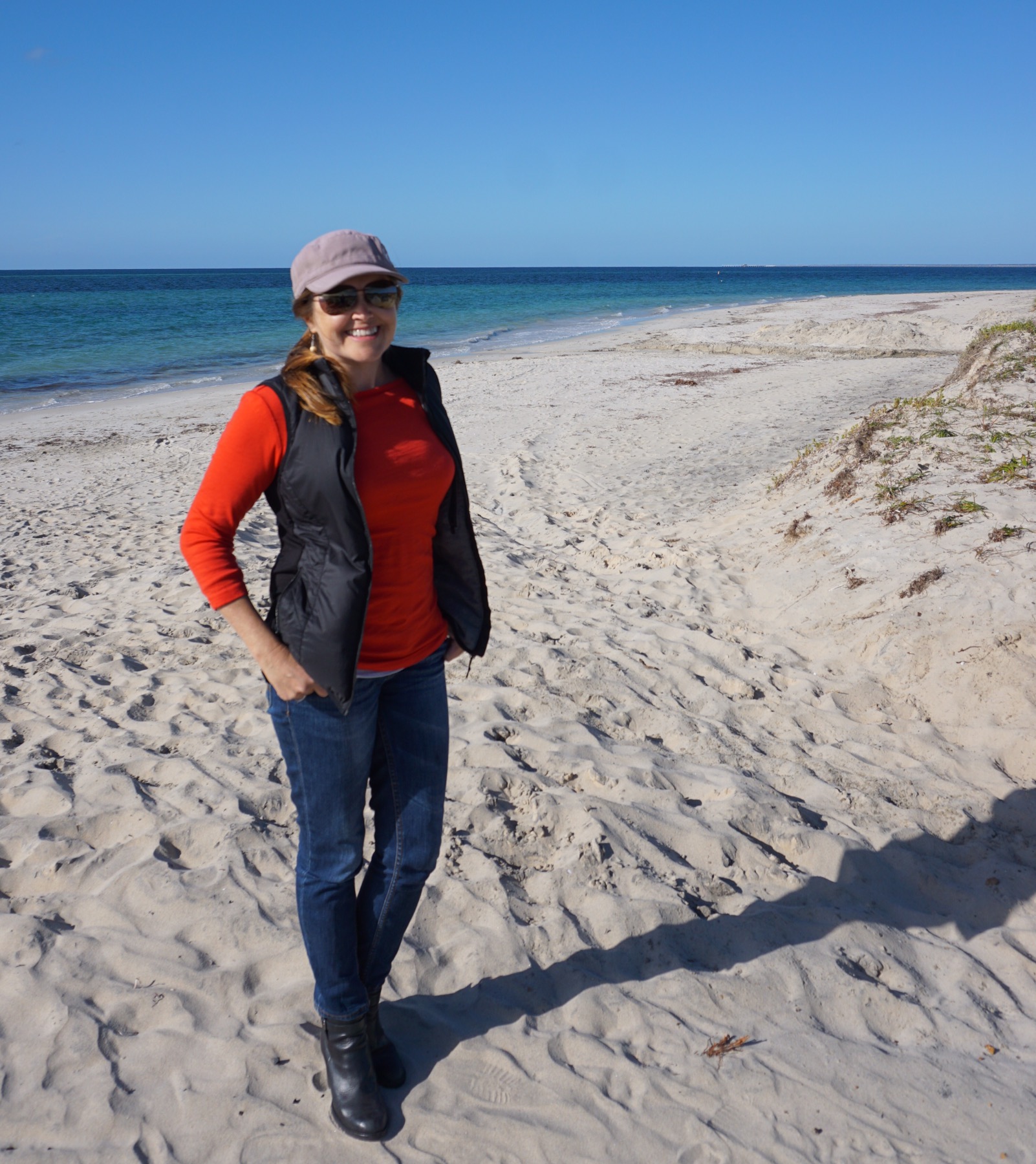 A shingle backed lizard we spotted along the way – very well disguised in the pea gravel and sand: 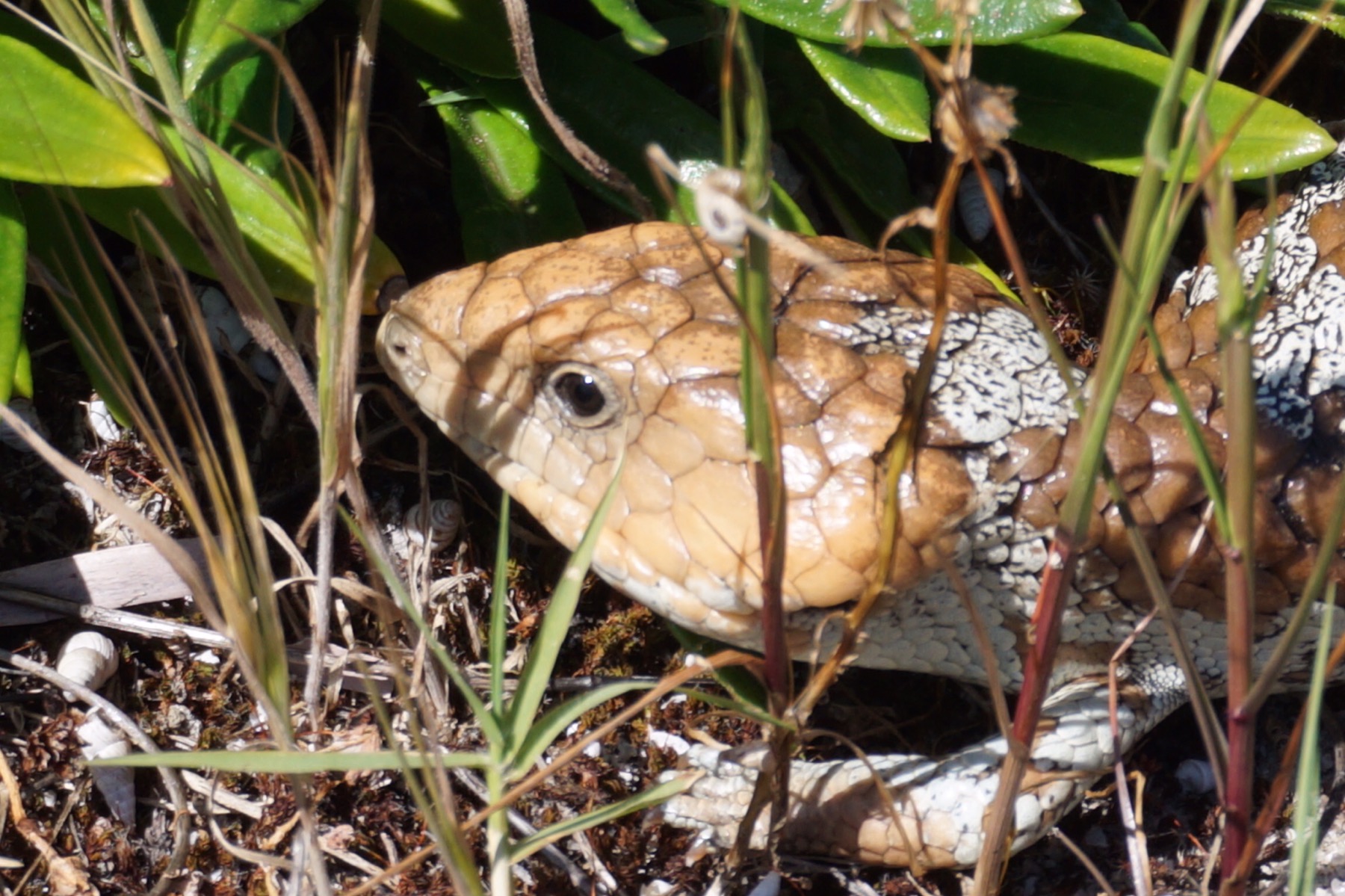 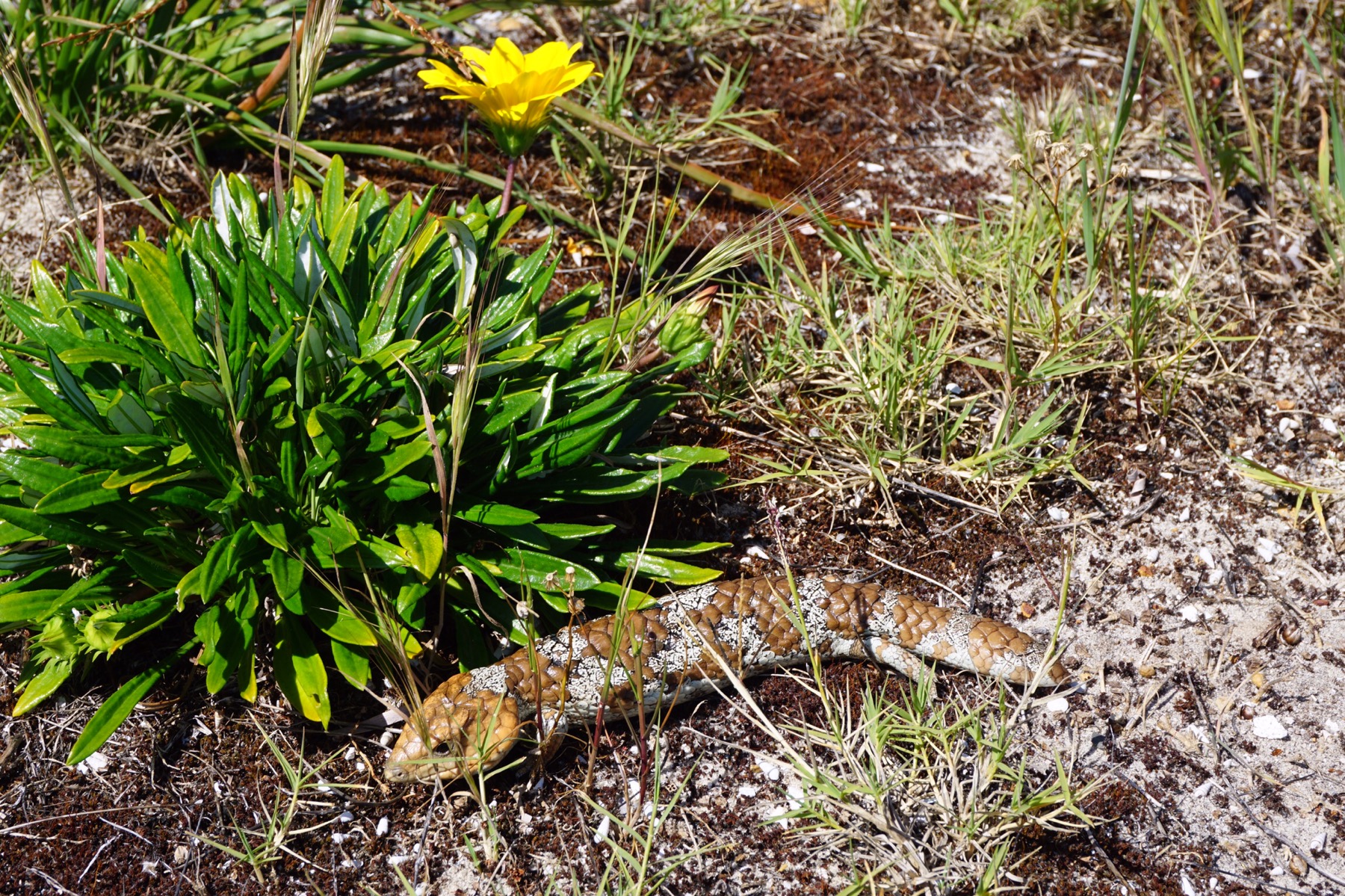 Busselton, you really are something special. The wealth of this council must be enormous to invest in the infrascture of the town as they have. And its all so terribly tasteful, darling.