We pulled up stumps on a wet and windy Thursday morning and left the little town of Boddington for a short drive inland to our weekend camp at a place called Pumphrey’s Bridge. No prizes for guessing what’s there…. 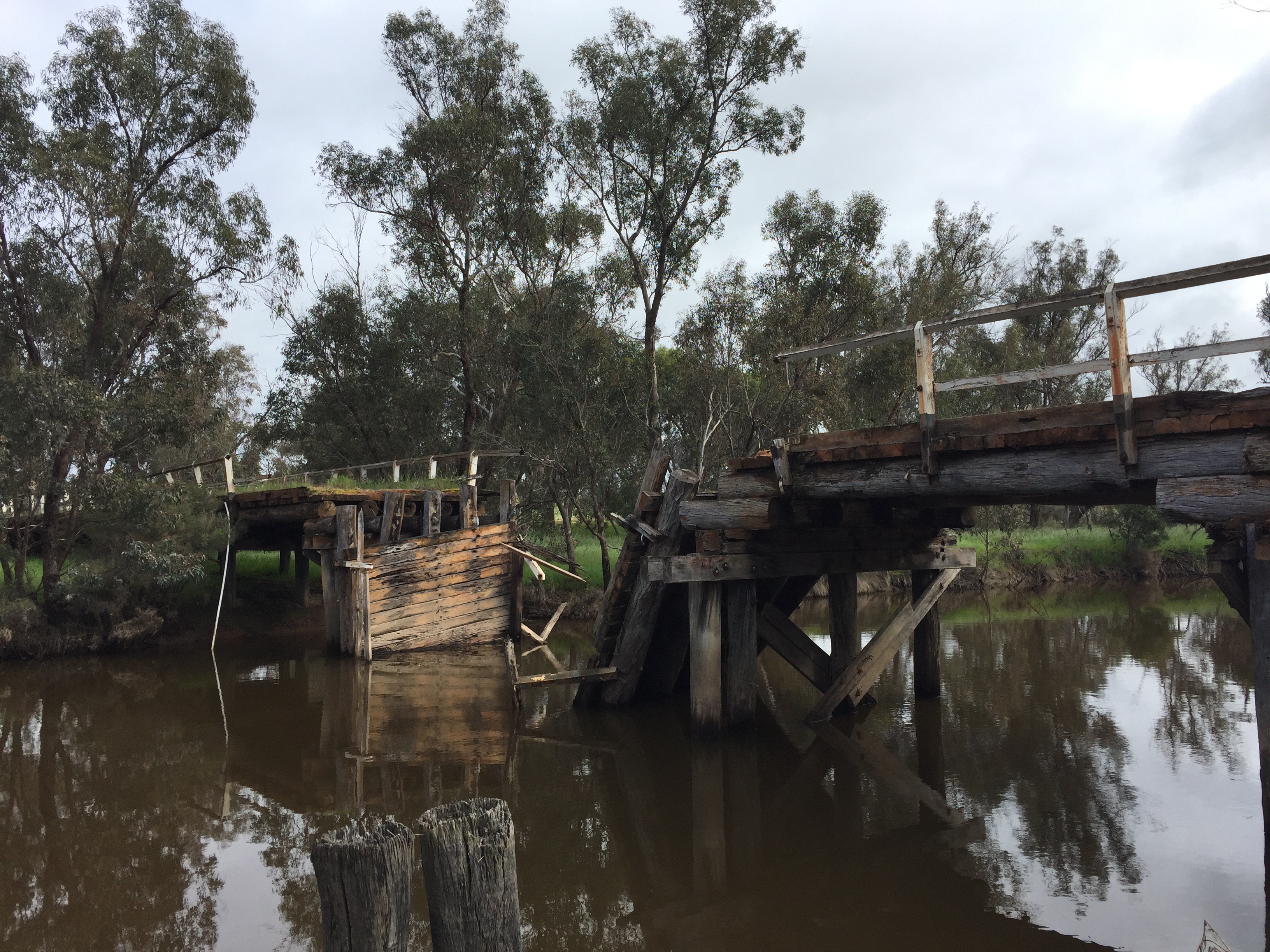 Yup…but its a bridge we won’t be driving over….mind you, our VMS navigation system wanted us to. I just updated the maps before I left Sydney on this after market 4WD navigation system – I’m not sure how they stay in business because the maps are absolutely useless compared to using free Miss Google. She of course had me detour round, as every car has had to for many years.

I had been invited to attend a club meet of the Toyota Land Cruiser Club of WA, by the organisers – our new friends in Perth, Andy and Caroline Trenfield. I was looking forward to meeting them again, and to be honest having some human company. I was talking rather a lot to our Burmese cat, Tassie.

I was first to arrive, of course, and “Norman No Mates” here parked up and sat in the Zone watching the rain hurl itself at the windows. Soon the other club members starting arriving, all sensibly in caravans or campers given the shocking forecast for the weekend. However, the venue had been chosen not just for its falling down bridge, but it had a lovely old hall that was rented to us for our stay. I was soon mingling, and what a lovely crowd of people., I was immediately invited down for a brew with one couple, he was mid 70’s and she mid 80’s. They are both very active four wheel drivers and gad about in their caravan having a blast. Several other club members were in their late 70’s or early 80’s, and I just was so blown away by how “young” these people are. Is there a direct correlation between owning a caravan and longevity? I bloody hope so!

We trooped into the hall and Caroline let me light the fire. Little does she know my history….but thats another story. We soon had a roaring blaze, the wine was opened and food was cooked and shared. What a great atmosphere. It’s so depressing to think that you need to behave a certain way when you get older. I watched a “ladies shooters” event kick off. They were sure having a lot more fun than many much younger people I’ve hung out with! Of course I had to show the girls how its done… 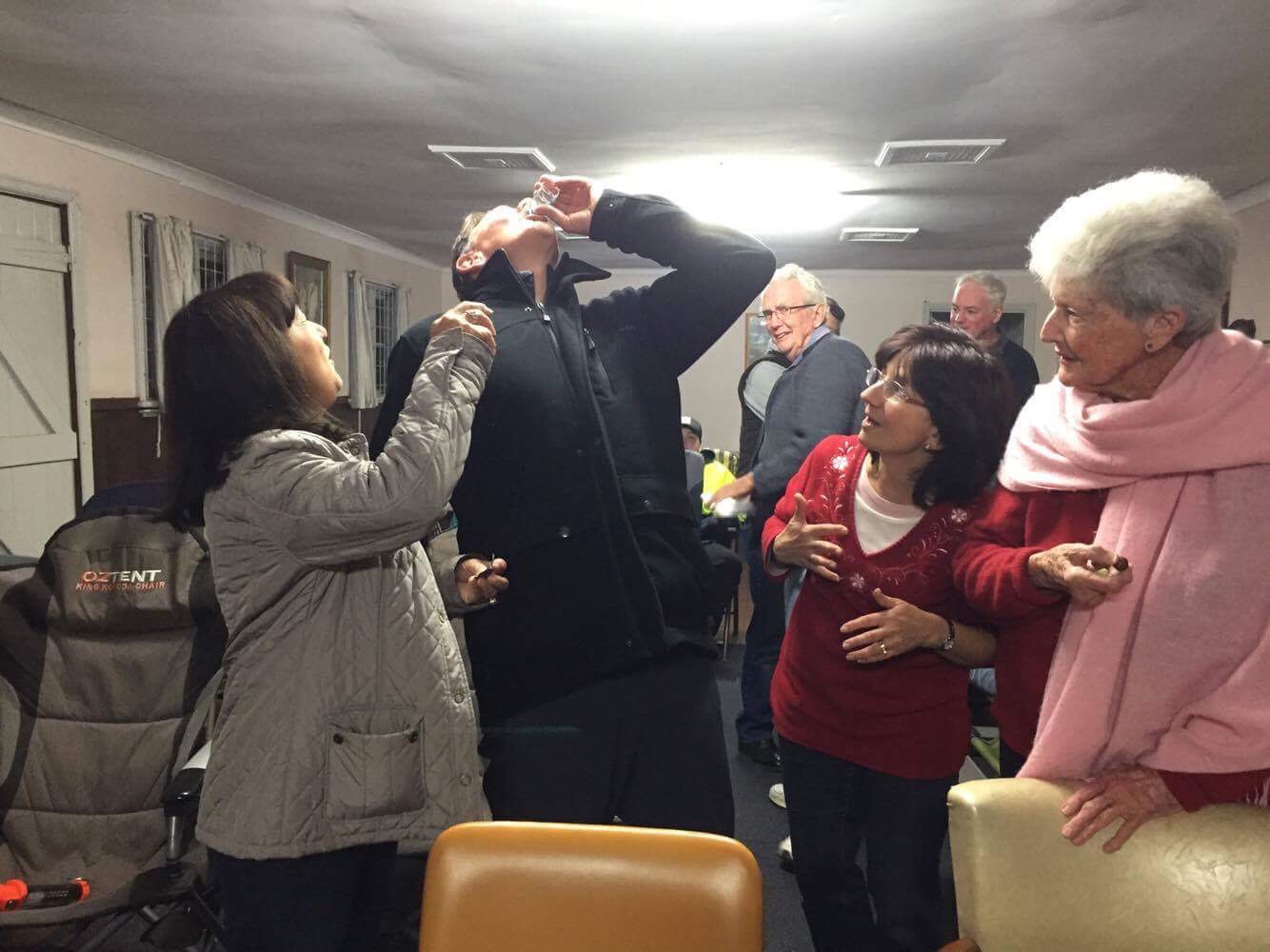 A projector was produced and we watched Bran Nue Dae, the 2009 Australian movie with a very young looking Jessica Mauboy, Missy Higgins, and Ernie Dingo doing his thing. The comments from the audience had me in tears of laughter on several occasions. It was hilarious and a cracking evening. The club members supposedly recognised every shot of old pub and stretch of dusty road, and if they didn’t, they just made it up I reckon.

The weekend carried on in similar vein: eat, drink, laugh, repeat. It was a mainly indoor event given the very ordinary weather, but it was very cosy in the Zone at night with my personal hot water cat. She seemed OK holed up in the caravan, with regular brushes and cuddles, and the occasional brief night time exploration when it wasnt raining.

All too quickly and it was Monday morning and time to head back to Perth, and the Discovery Parks caravan park adjacent to the airport, ready to meet Mrs A off the plane.

And here she is, looking far too glamorous for someone who has just travelled for 24hrs. 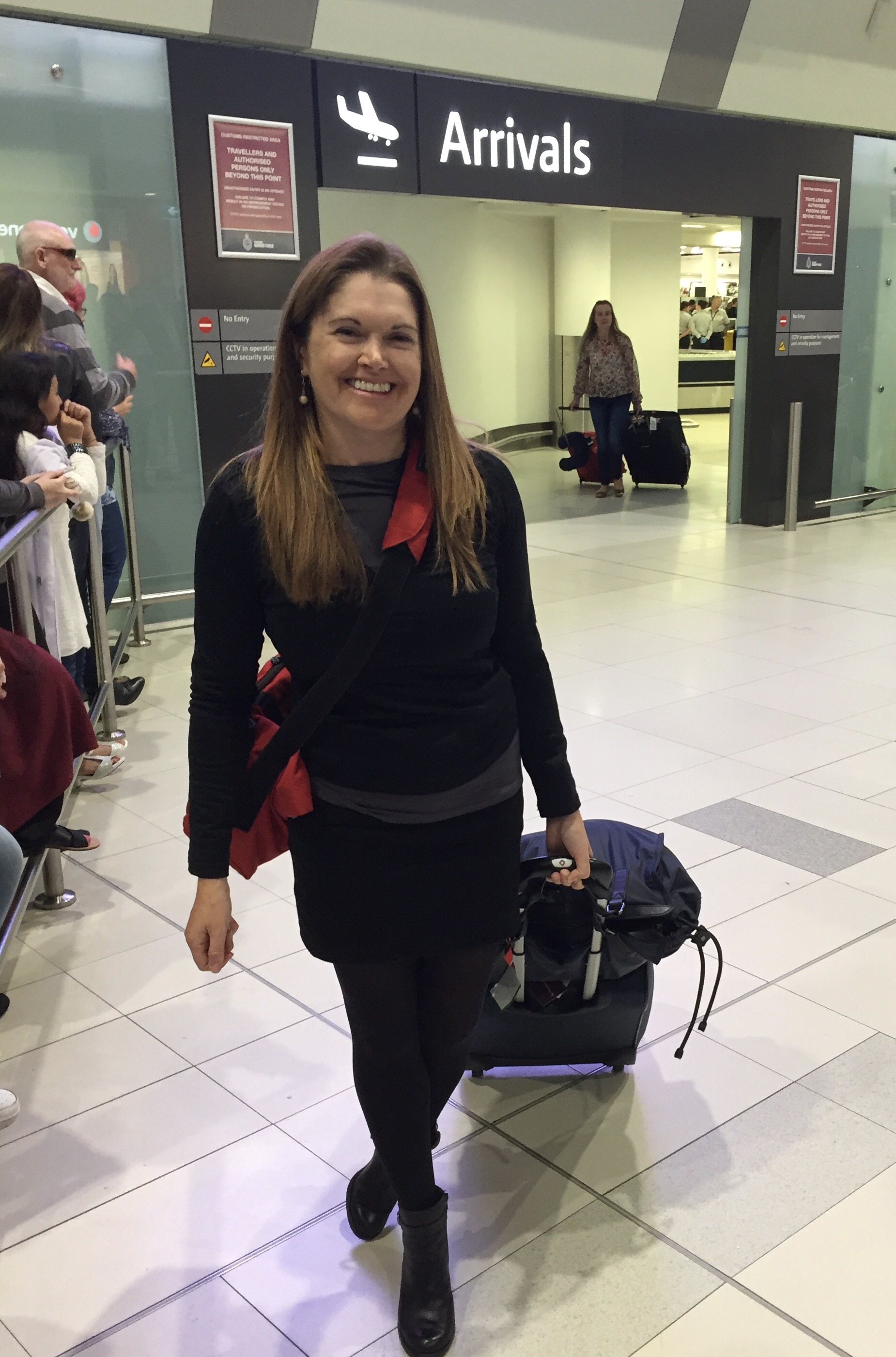 \Wow…so great to have her back. And someone else is pretty happy as well… 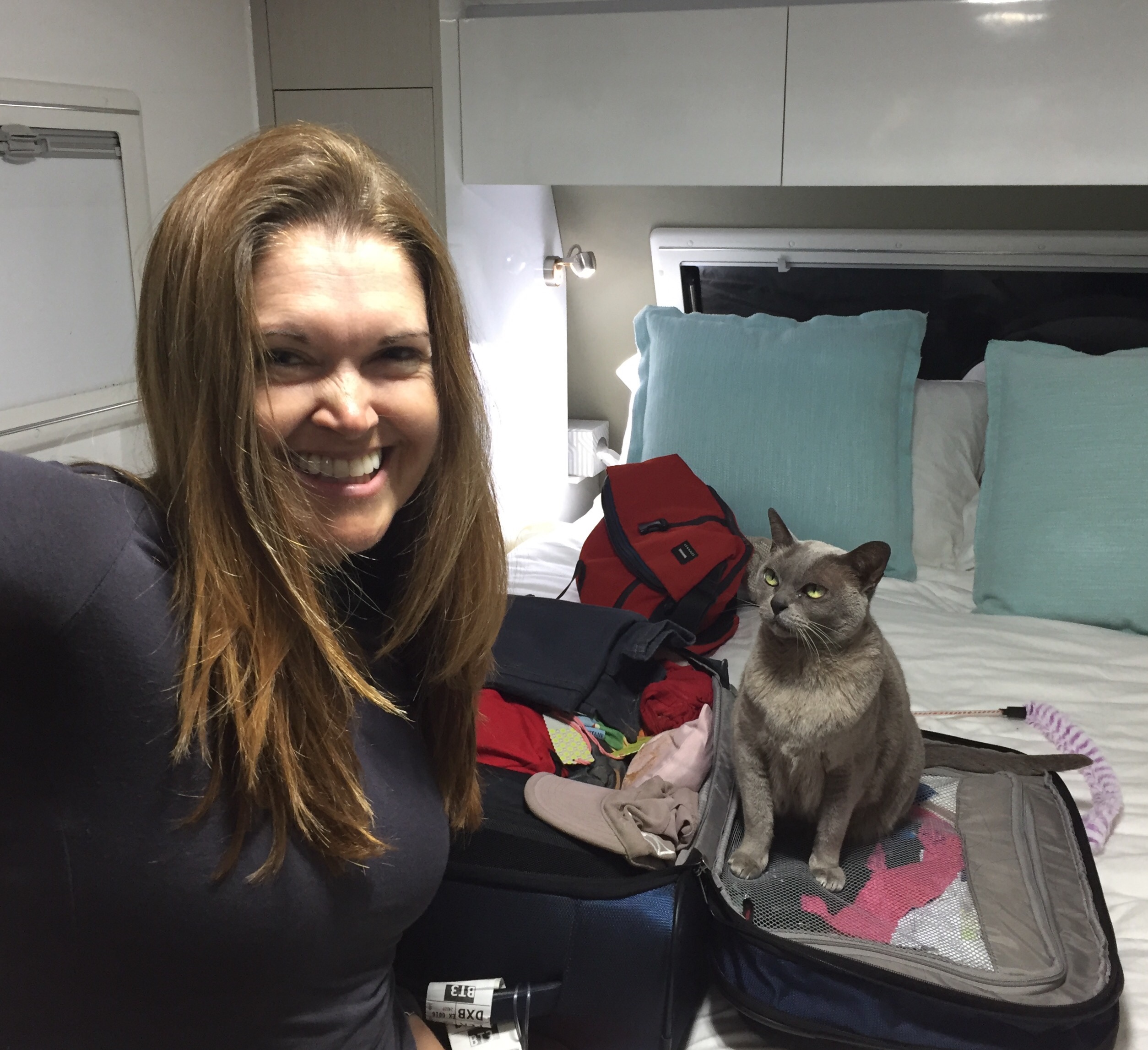 Now that is a happy look…honestly….and determined to plant herself in the middle of unpacking…just to make sure there’s no ignoring going on.