A pleasant day spent wandering around more gorges. A short drive took us to a lookout (Oxer) with a commanding view over several of the gorges we were planning to clamber down into. It looked a long way down, but the first hike in was a relatively easy scramble down the red rocky path. This was Weano Gorge, where briefly we were alone – around 10 treasured minutes I think. The silence was wonderful. Alas, soon we were with the hordes again. My only explanation is that the areas we have been visiting so far in WA contain very few roads, and limited places you can actually access and walk, so everyone is funnelled to the same places. Also, NSW, Victoria and the central and southern parts of WA are all relatively cold currently, so every tourist and grey nomad in Australia has only three choices during our winter if they want the sun (and who doesn’t!) – Queensland, northern WA, or the Northern Territory. Anyway I digress. 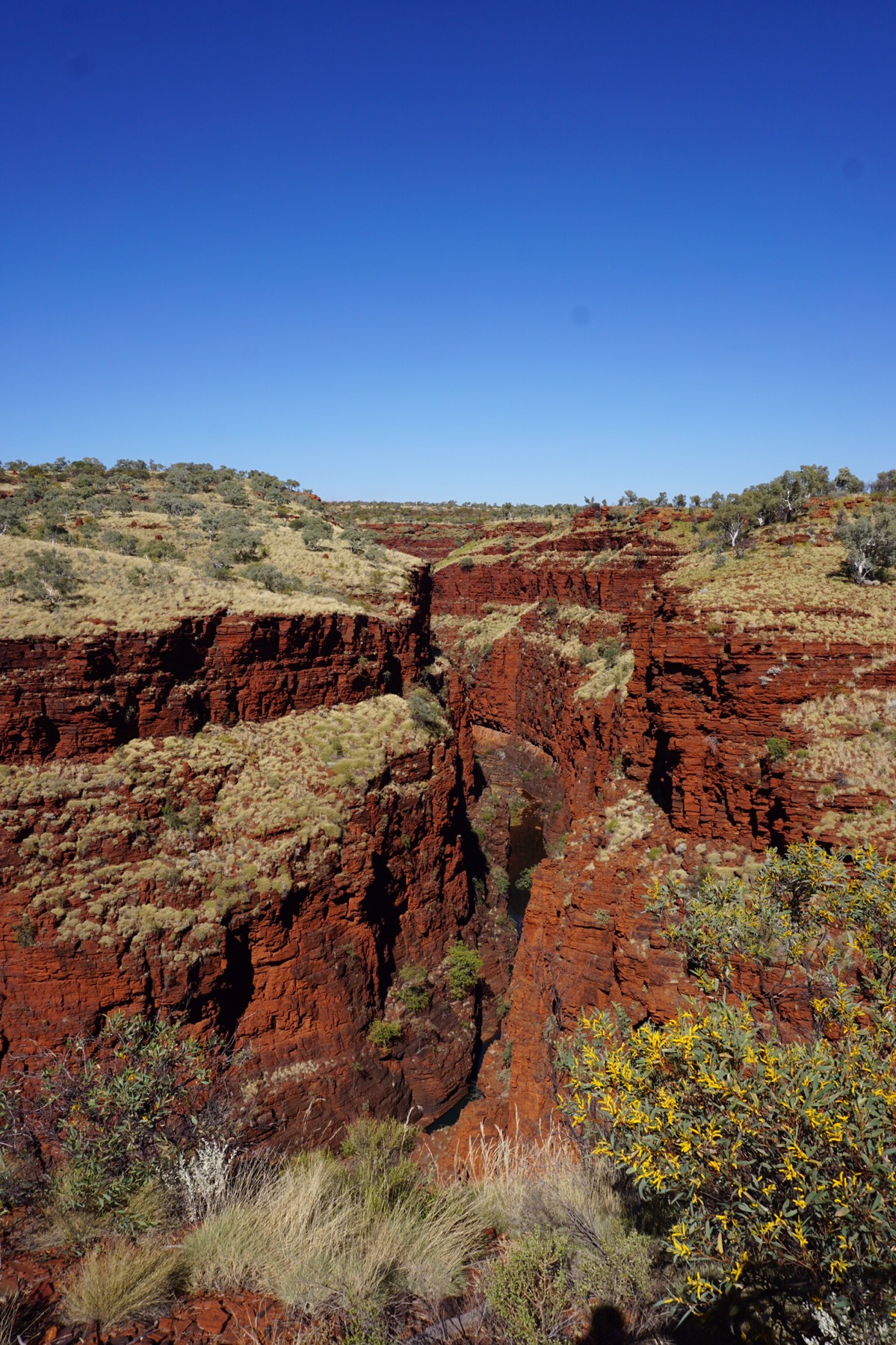 We soon came to the end of where I was prepared to clamber. A very cold wade followed by a swim would have taken us to the end…wasn’t keen. 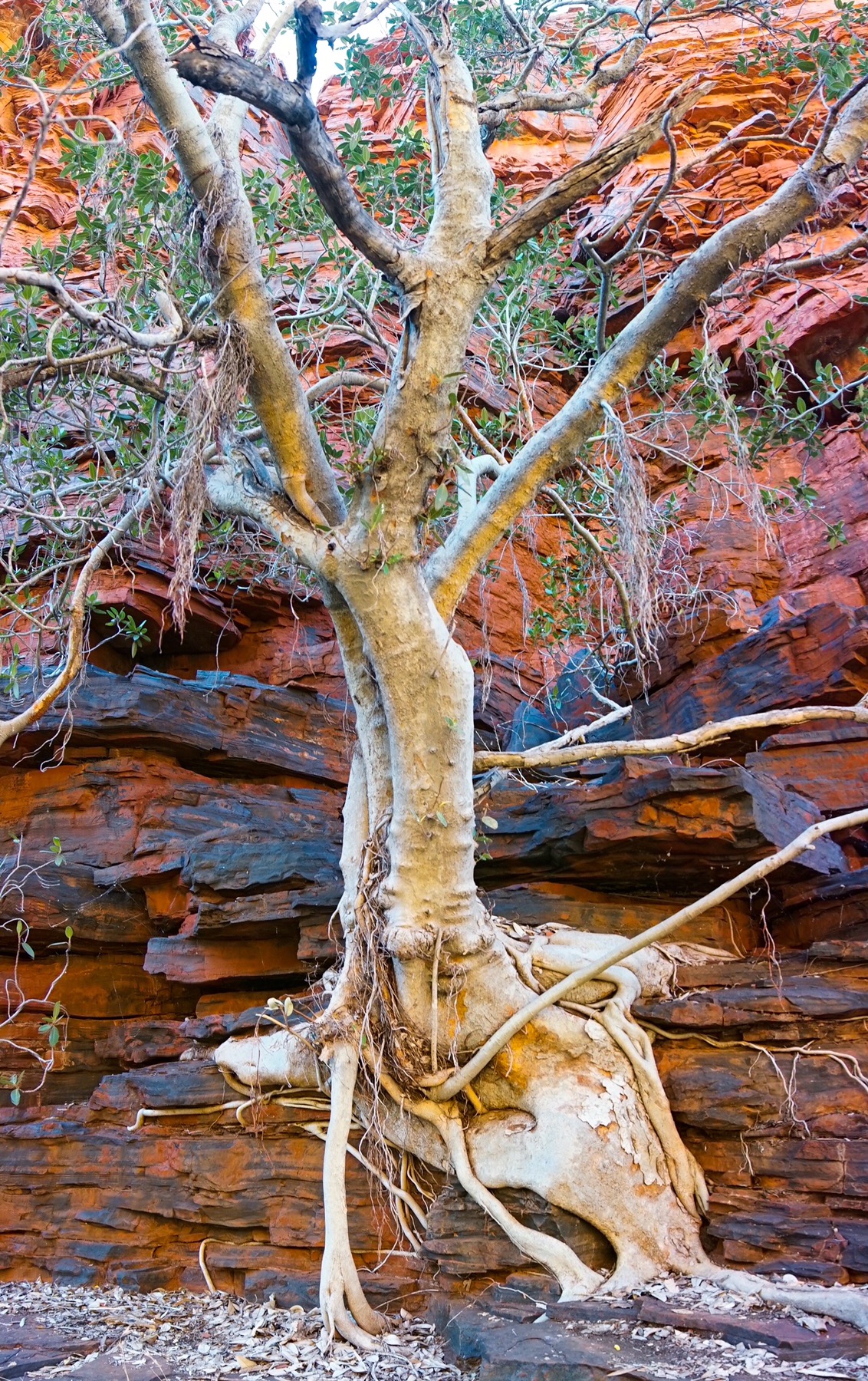 The next gorge (Hancock) was graded as a class 5 walk all the way. The scale goes from 1 (easy) up to 5 (for mountain goats as far as clumsy me is concerned). Down we went, not too bad I thought, just before I stumbled and nearly ended up taking a far too fast route down head first. At the bottom (phew) we clambered along the side of the water that amazingly still flows in the dry season. 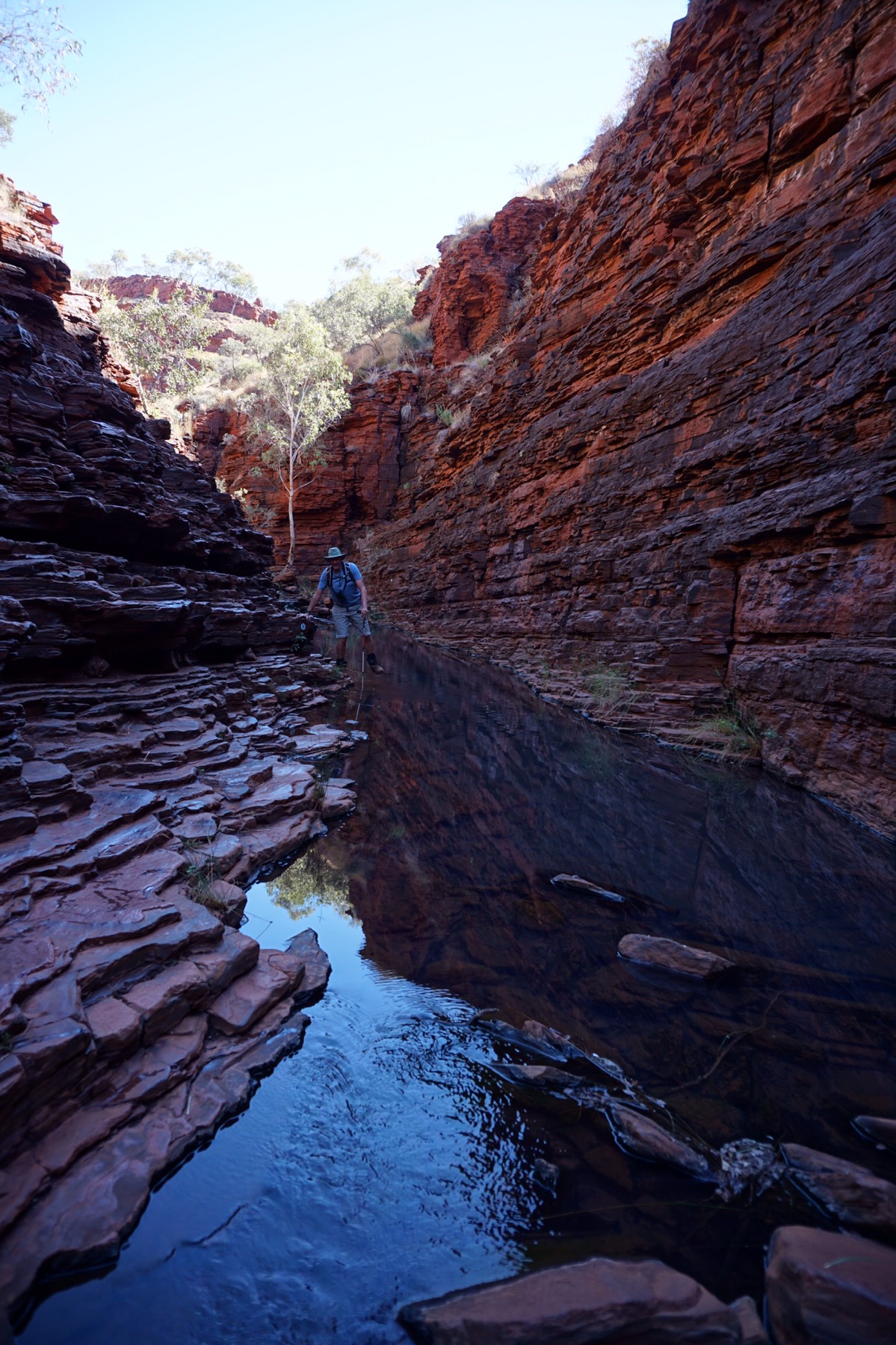 The next stage was boots off time and wading through icy cold water across a pebbly creek bed. I was persuaded against my better judgement by my lovely (younger) wife. The final leg would have involved gripping onto a ledge and sliding along the side of the cliff. No thanks… Ah well..getting old I suppose. A stiff climb out and we were done walking for the day. Time for an iced mocha at the Karijini Eco Retreat. Quite civilised really. 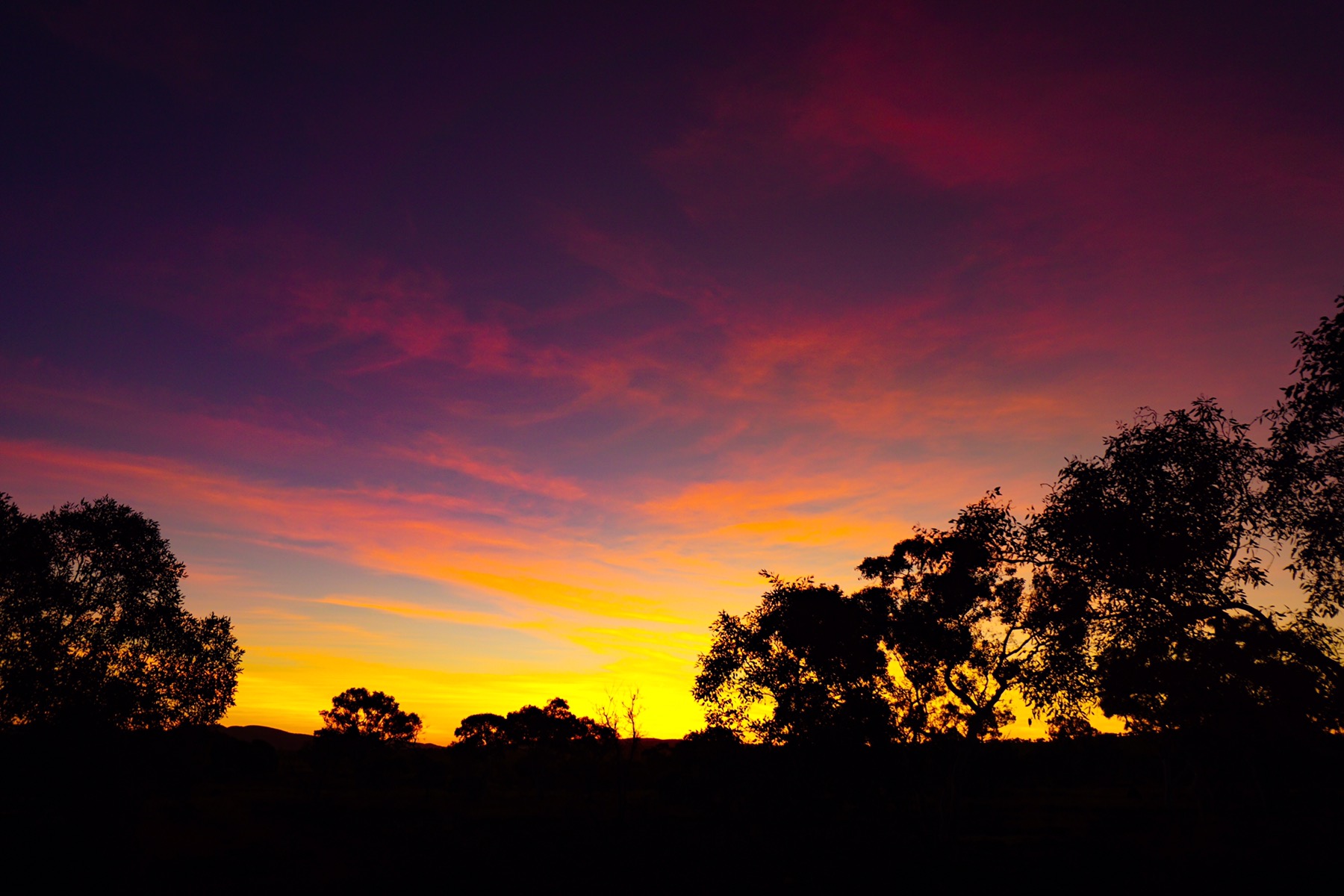