I note that Mrs A failed to tell the whole story yesterday (she was very tired last night, so forgiven). She awoke in the early hours of yesterday labouring to breathe – we were on a boat, miles from anywhere, and every single breath was a struggle. Her airway had swollen and her face puffy – at first we assumed it was related to her old airway issues, but the swelling was so sudden and severe, we realised it wasn’t.

Just by chance, she took some Travel Calm tablets to ward of sickness on the flight, and this contained antihistamine – and cleared things up enough so she could get back to Derby safely. Of course, being stubborn, Mrs A refused to visit the hospital after this episode (despite my advice).

So, on to today. The day started, of course, with a 7am visit to Derby Hospital, the only one in the Kimberley. Catherine was still struggling to breathe, so off we went with expectations of long wait times, since it was Derby’s biggest annual event yesterday, the races, so we thought lots of drinking injuries would be sustained. But no…Derby folk must be more restrained than the major Australian cities, it was empty!

We were seen immediately and only waited a few minutes for a doctor to come in. Catherine was given some more medication to try and reduce her swelling. It could be all the dust we have lived in for the last few weeks coming along the Gibb finally took its toll. Who knows, but a pretty serious response all the same. 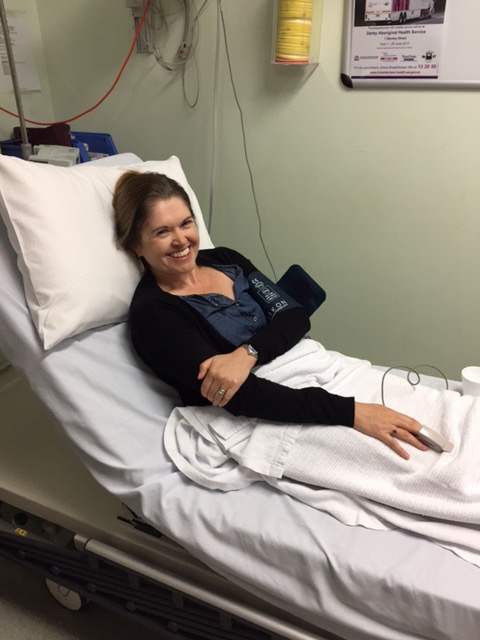 Smiling here, but unable to complete a sentence. I was enjoying the break!

Anyway after that exciting start to the day, we decided to set about cleaning the van inside and out. Four hours later it was time to cycle down to the sunset again. Our last one in Derby before heading off to Broome tomorrow. 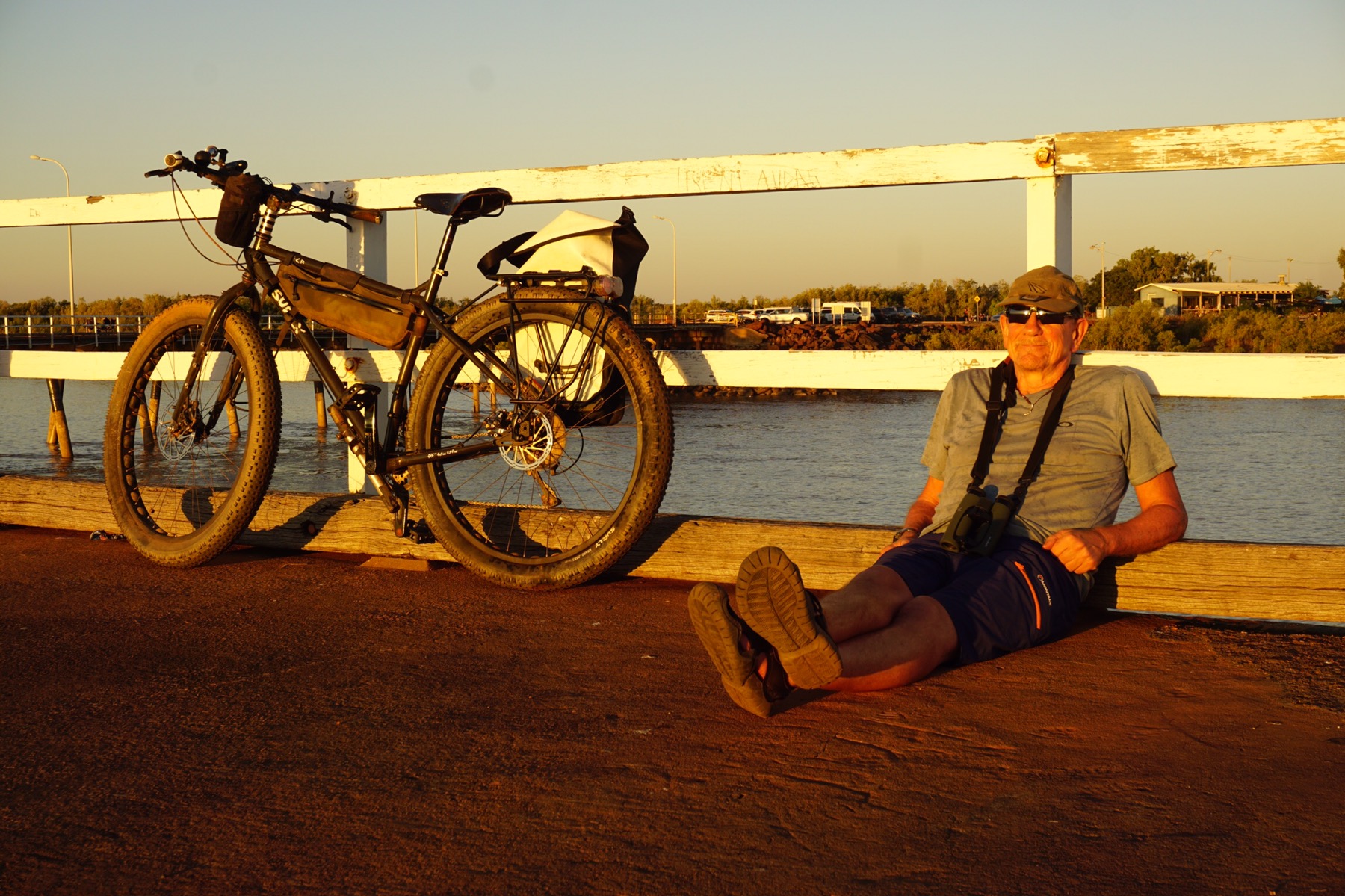 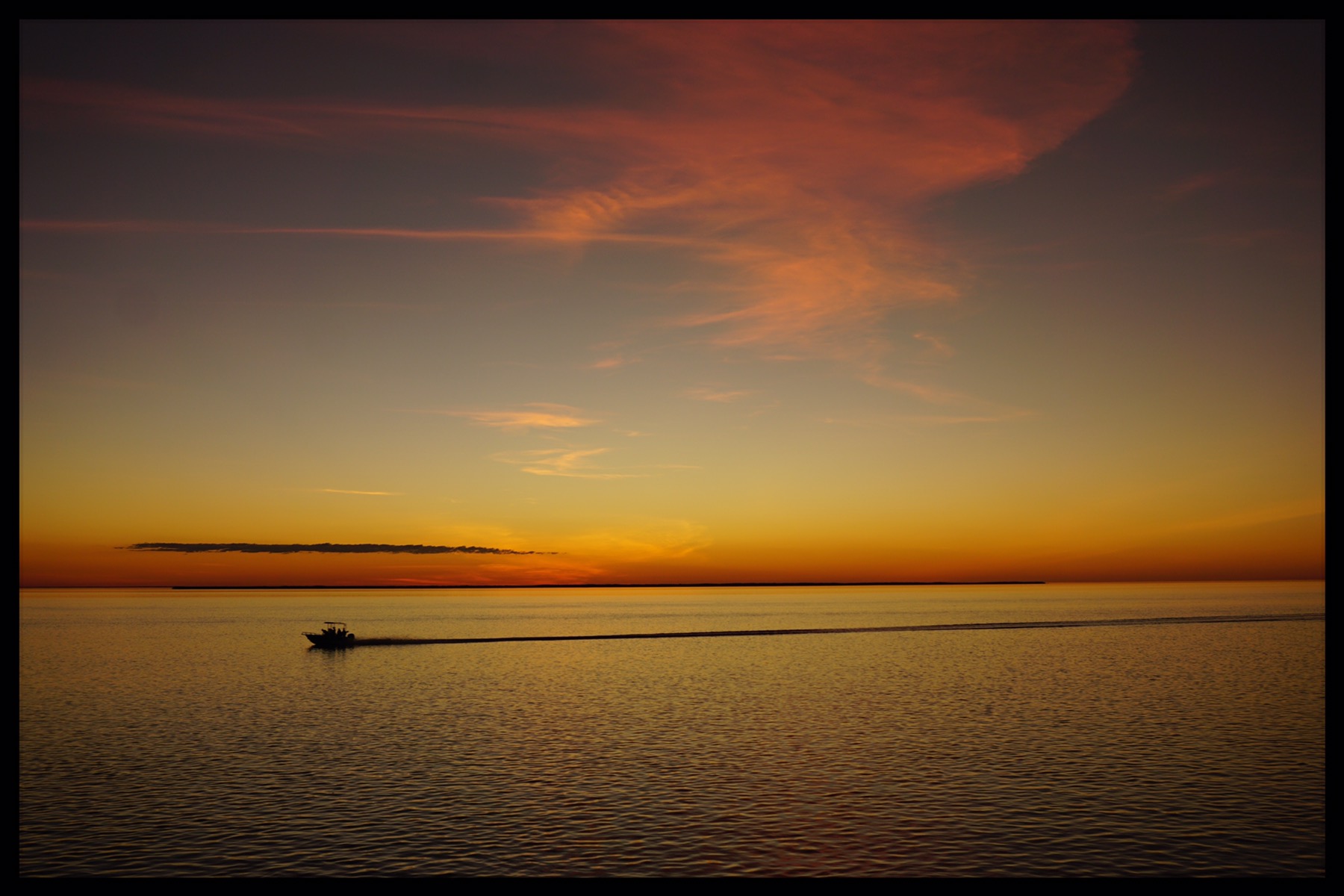 Back now in the van for a home cooked chicken pad thai, and the last of our bottles of red brought from Sydney. How about that for timing…as Broome will be the first place we will hopefully be able to buy some decent stuff.