First of all, sorry for the multiple emails coming through, those of you who are email subscribers. We are continuing to try and pinpoint the issue and will try to resolve it as soon as possible.

Monday: Our cycle for the day commenced at the wharf where we had docked, and had us riding off at 8.30am.

Before long we arrived at the town of Korčula, where we parked up our bikes and Gordy, our local host, gave us a run down of the town’s history.

The town sits out on a peninsular, with the mainland a short boat ride away. Apparently it is subject to strong winds in the winter, often up to 200km/hr so the old town has been built in a herringbone pattern – allowing a breeze to filter down to all homes, but without the damaging winds.

The old town is walled, and all streets are stepped, with the exception of one road which rings the town known as ‘the street of thoughts’, where residents could walk and think without the need to watch their feet.

As we entered the town of Korčula through the gate, Gordy explained the symbolism of the lion with the book carved on a stone. The book is open, showing the town was founded in peaceful times. Had it been closed, it would have been during a time of war.

The town’s main claim to fame is the birthplace of Marco Polo, with strong evidence to suggest he was born in a house here, something that is hotly contended by the Italians who claim him for themselves. It seems the Marco Polo Wikipedia entry has been written by the Italians rather than the Croatians!

There are many ‘Marco Polo’ related hotels and restaurants here and in the surrounding countryside.

We had a couple of hours to explore the town, browse the jewellery stores and refresh ourselves ready for the next ride.

Our time exploring up, we rode off along the coast to our next destination. While not massively steep, the coastal road was rolling hills, and again I was grateful to be on an electric bike. The way my airway is right now, there is no way I would have enjoyed riding manually without a great deal of coughing and wheezing.

We concluded our 20km ride at Račišće (don’t ask me to pronounce it!) where the boat motored on around and met us. Lunch was soon served and we continued cruising around to the top of the island to the port at Vela Luka, where we were to spend the night.

Unfortunately we didn’t have time to explore the town by day, but apparently it is famous for having a cave with evidence of human habitation from 20,000 BC – our hunter gatherer ancestors. They had a very pretty home!

We ate and retired to the boat to sleep. We’re setting off early in the morning for our next destination, Stari Grad on the island of Hvar. 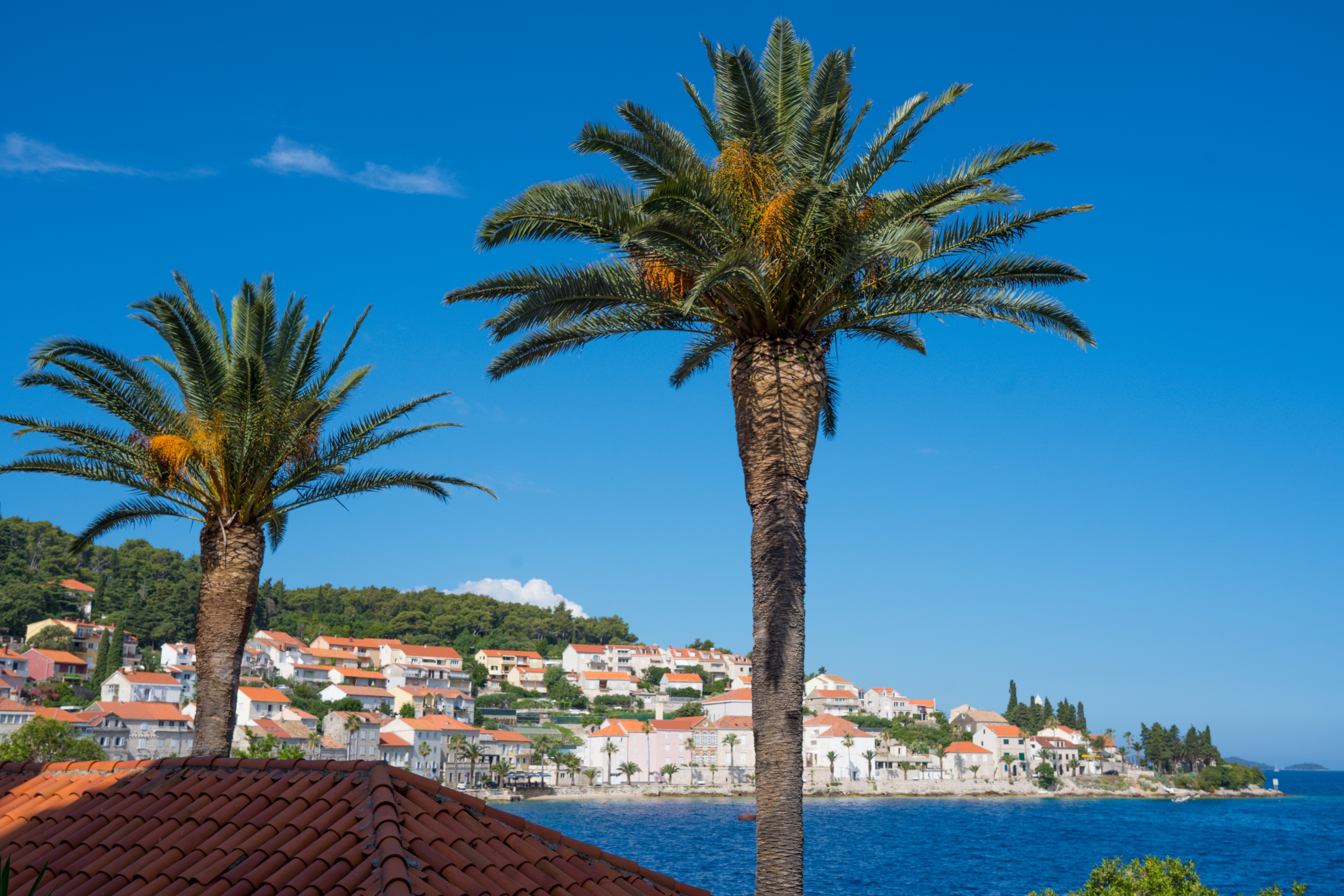