Thursday-Saturday: We were kindly invited to stay over the first part of the Easter weekend, with friends in Harby in Nottinghamshire, a village embodying all thats good about the remnants of rural England. A good pub, a strong sense of community, roads where cyclists still feel safe to venture out on a morning in droves and endless opportunities to potter around the fields on the rights of way that make this beautiful countryside so accessible. 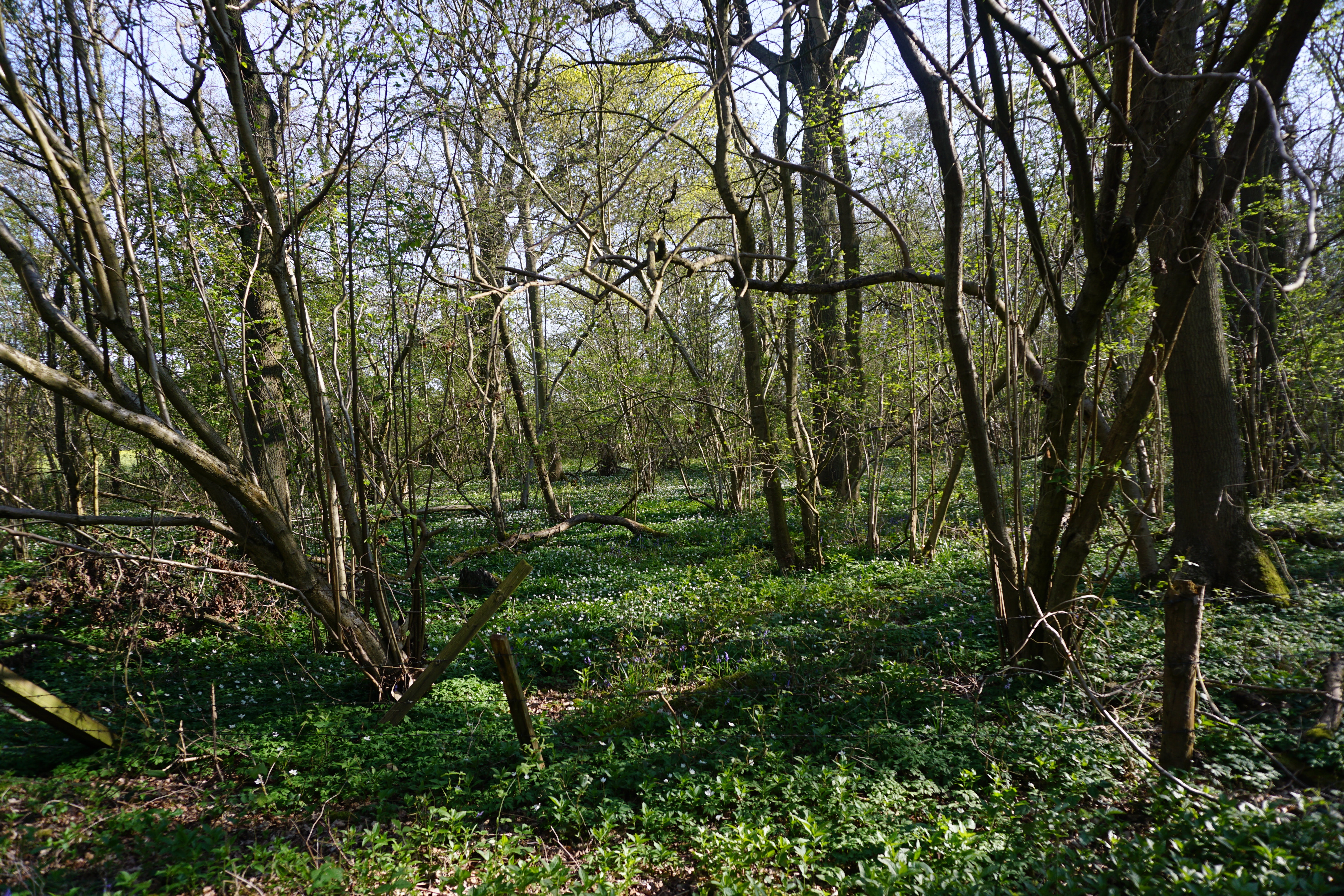 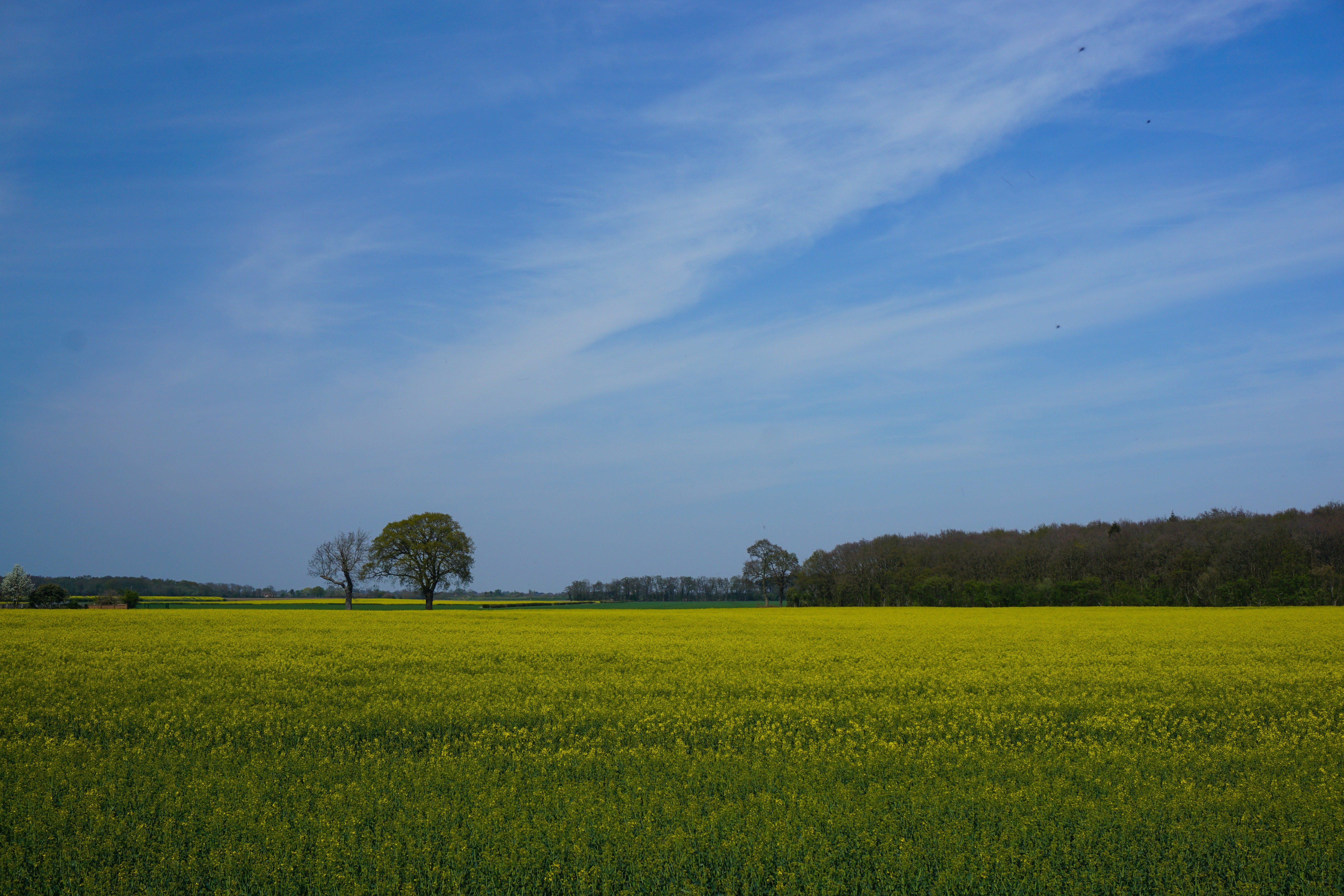 I was lucky enough to make friends at secondary school that have become lifelong mates, along with their wives and partners. The party begins, the catching up on our lives lived so distantly for much of the year. 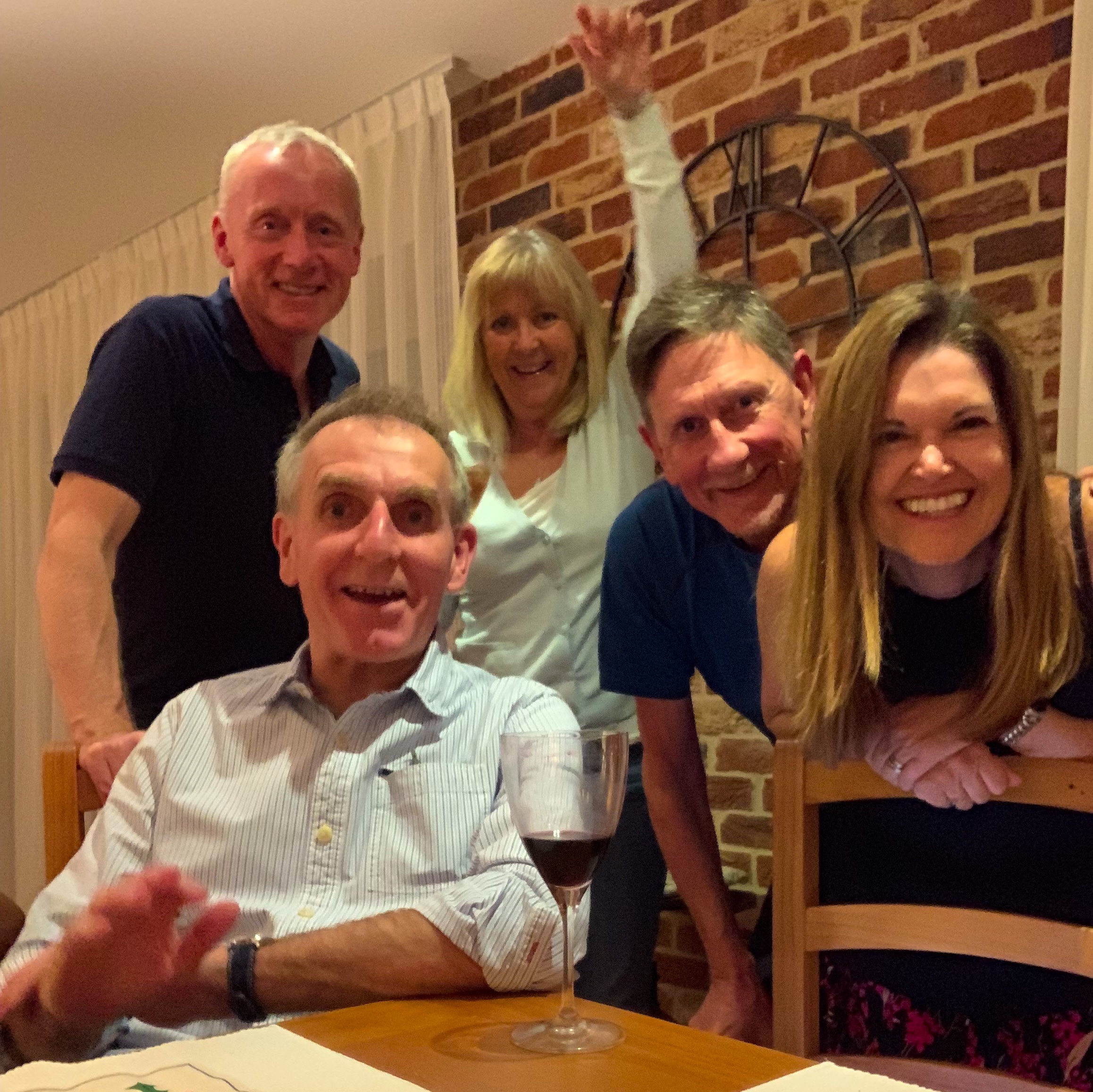 It feels like we have only just left each other’s company last week. The sound of laughter, music and popping corks rings out over the usually tranquil garden of our hosts. Stunning food is served with of course wines to match. We are having an Italian theme to the party to get us in the mood for a major birthday milestone one of the group has in June, as we have organised to celebrate it together there. 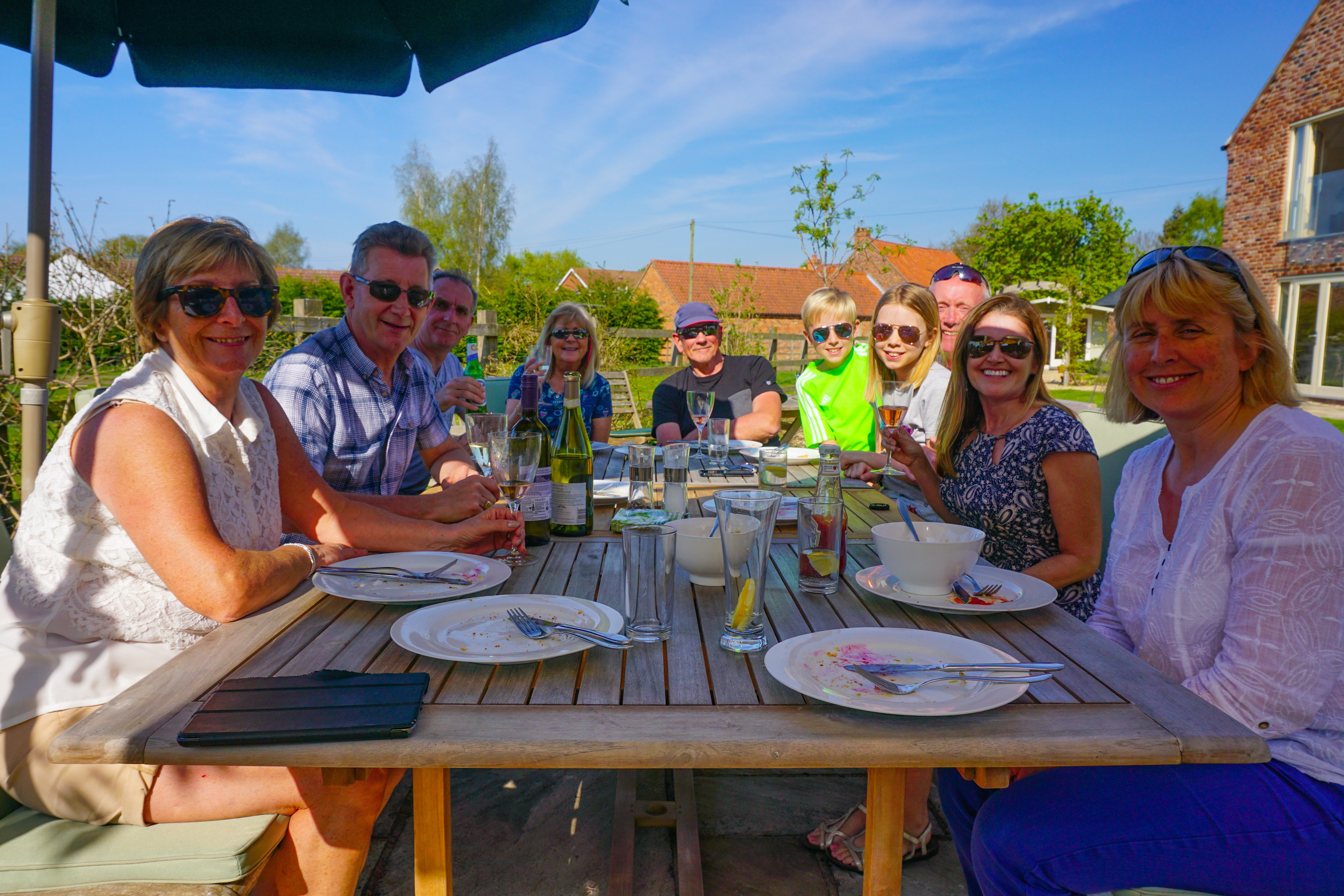 We decide our appetites need to be sharpened by a little cycling, and off we go down a “greenway” as they are called here, that can be accessed from the village. Of course it leads to a pub, and oh…another one on the way back! 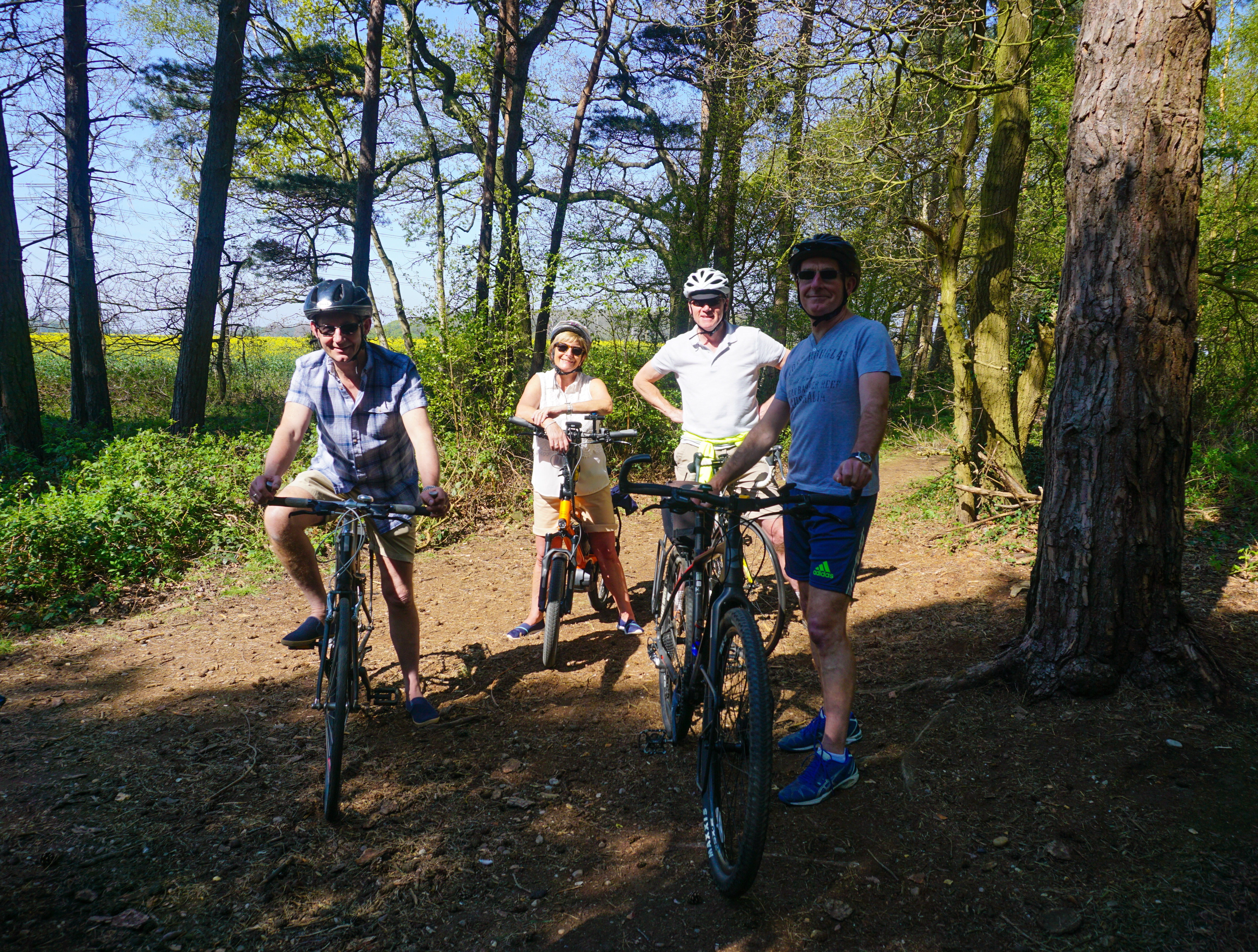 It was a merry bunch that sat down to dinner each night!

Easter Sunday–Tuesday: All too soon it was time to bid our farewell and hit the road once again. Next stop: my daughters and grandchildren in Milton Keynes. After catching up over Chinese takeaway the first night, we kicked off with cycling from one daughter’s house (where we were parked), to the other’s house, via the extensive network of “redways” as Milton Keynes calls them, that were designed into the city’s original blueprint. It was fantastic riding with my oldest grandchild, taking his first big ride on a new bike. He did so well.

Both of my daughters are moving to new houses within a few weeks of each other, so an exciting time to hear their plans and see their properties. When we come back in September so much will have changed. They all have worked so hard to make this jump to bigger homes. Very proud of them both. At their age they can afford to take some risks with big mortgages. A period of economic instability, especially in the UK, looks pretty likely. 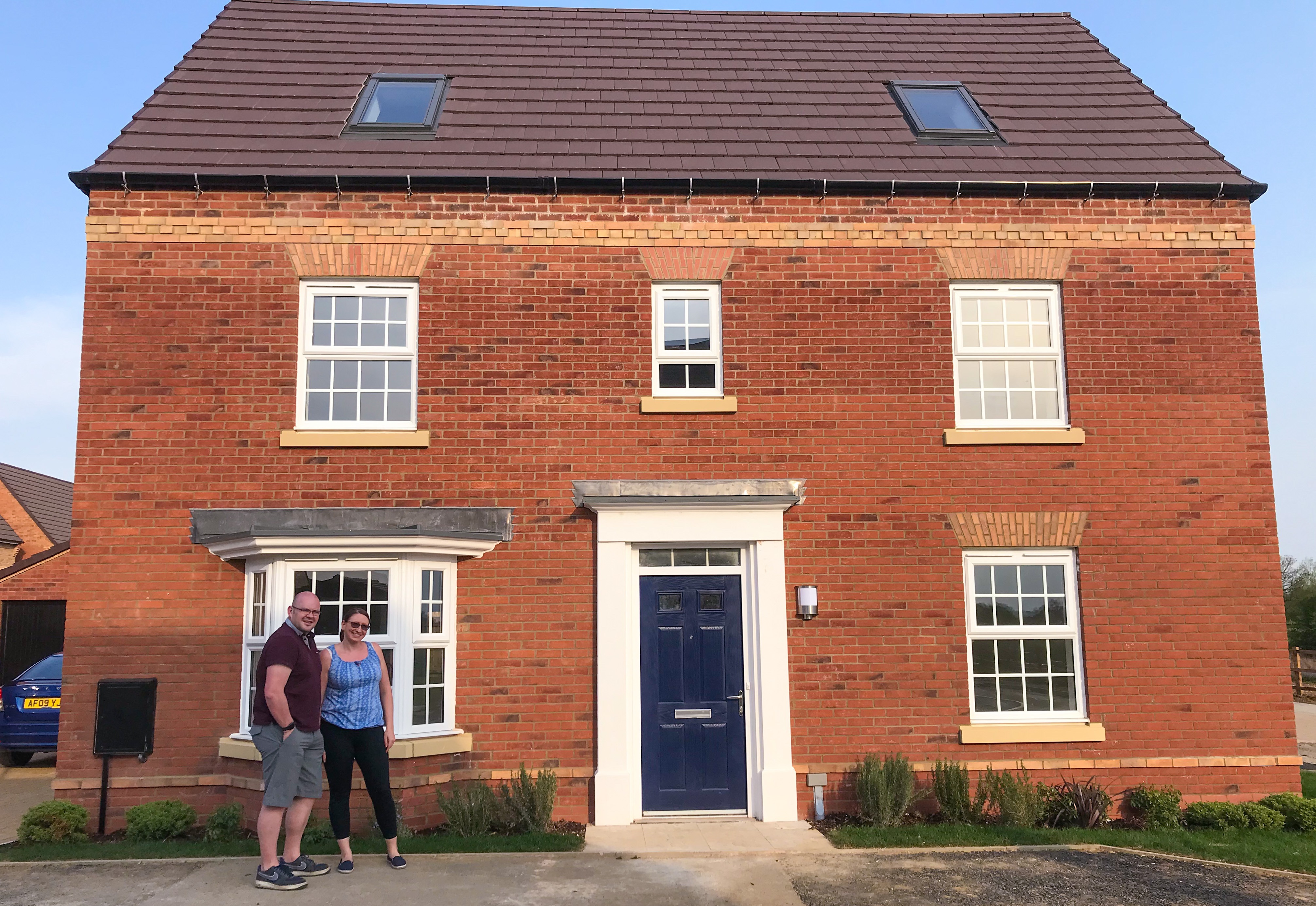 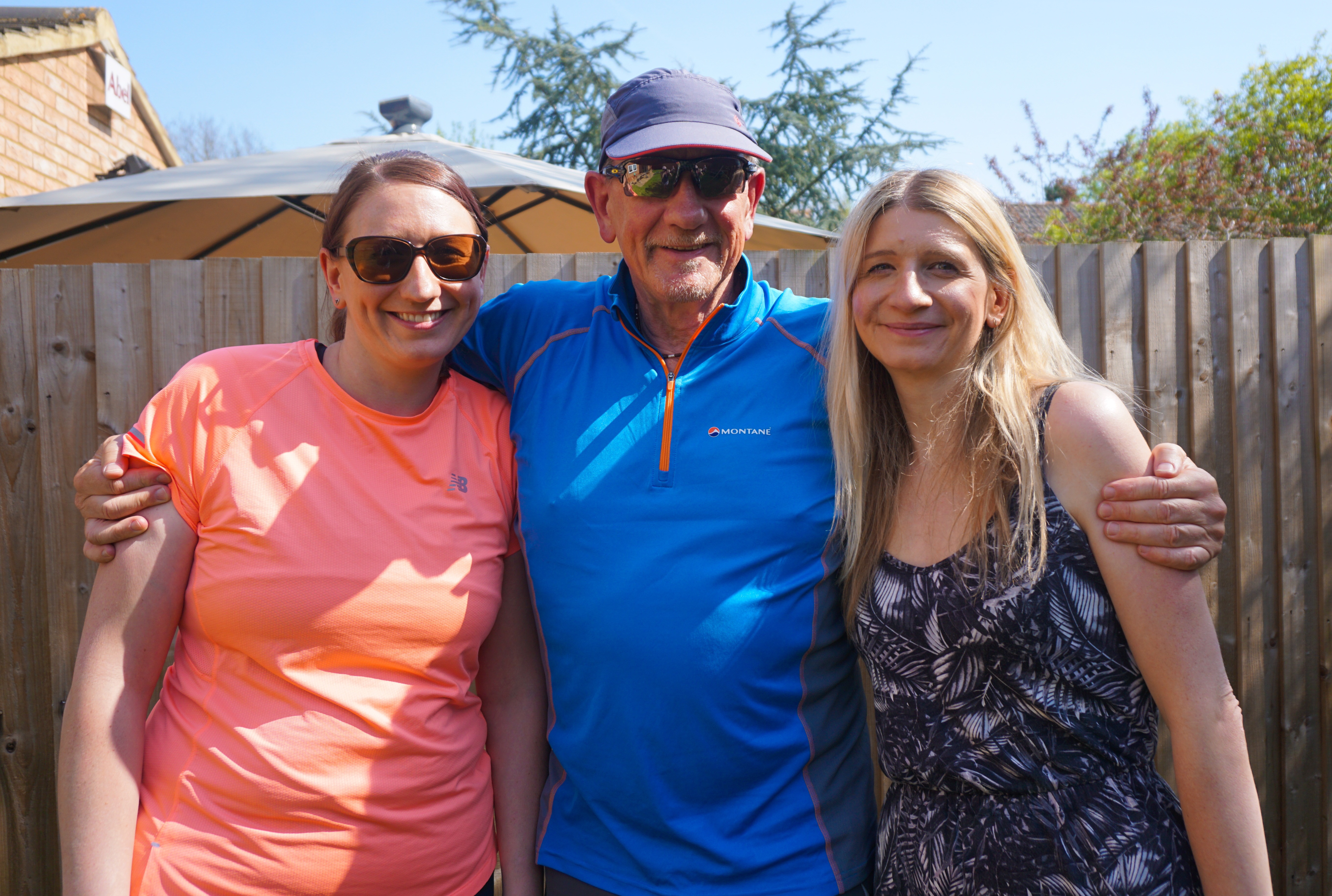 Our visit also coincided with my oldest grandson’s 7th birthday. He really is maturing at a rate of knots, and in such a good way. A real pleasure to see. So a little surprise was hatched where we met him out of his first day at a new school, in Truffy, and they got to take a ride in their first motorhome. Hopefully memorable! 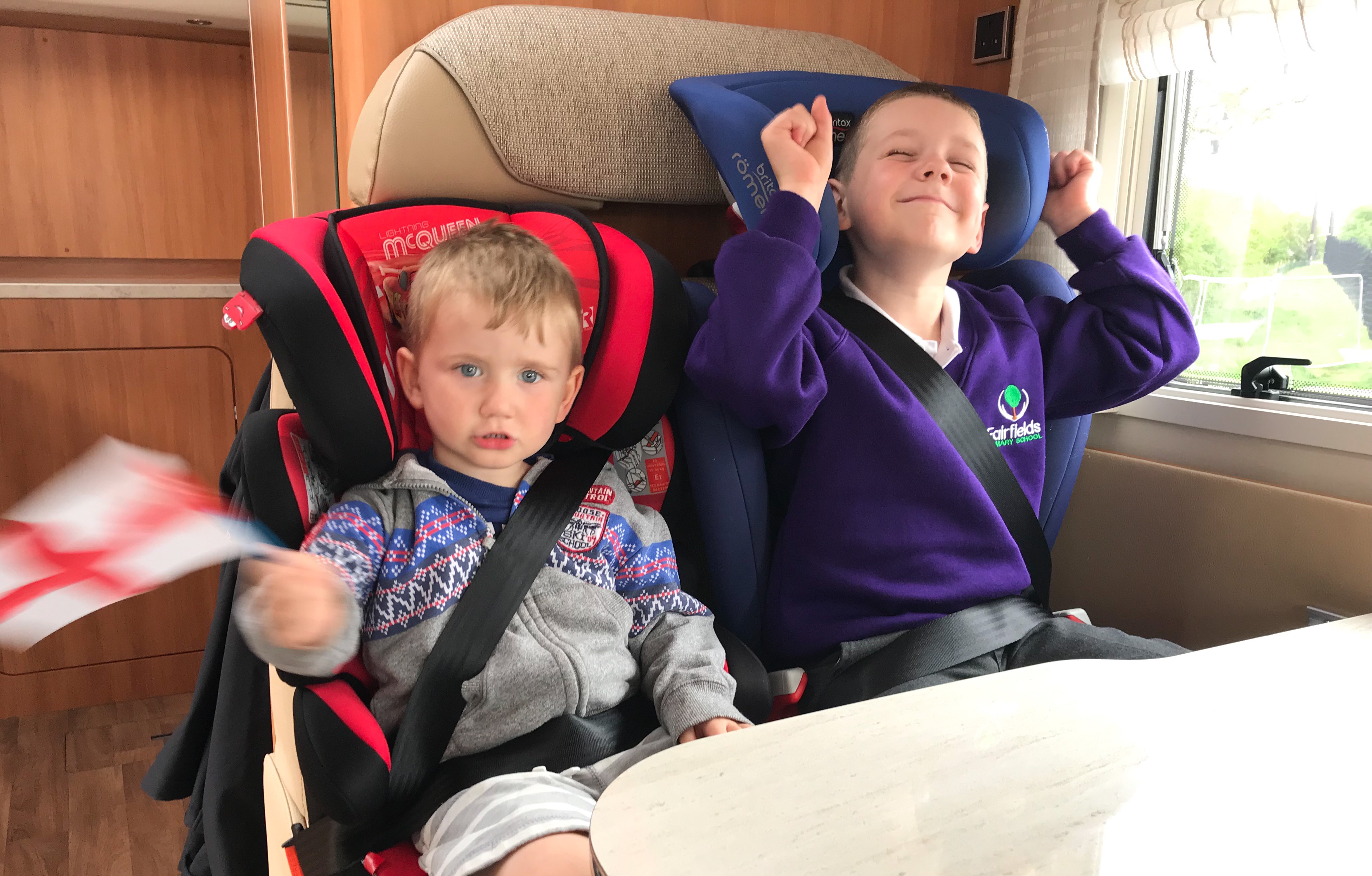 So we then bid a big goodbye to my family until we are back in September, and pointed Truffy’s nose south in preparation for our upcoming ferry to France next week.