Easter Monday fasting day dawned mostly bright and sunny, although the rain decided to pour as soon as I had hung out the freshly washed sheets to dry. Funny how that happens. 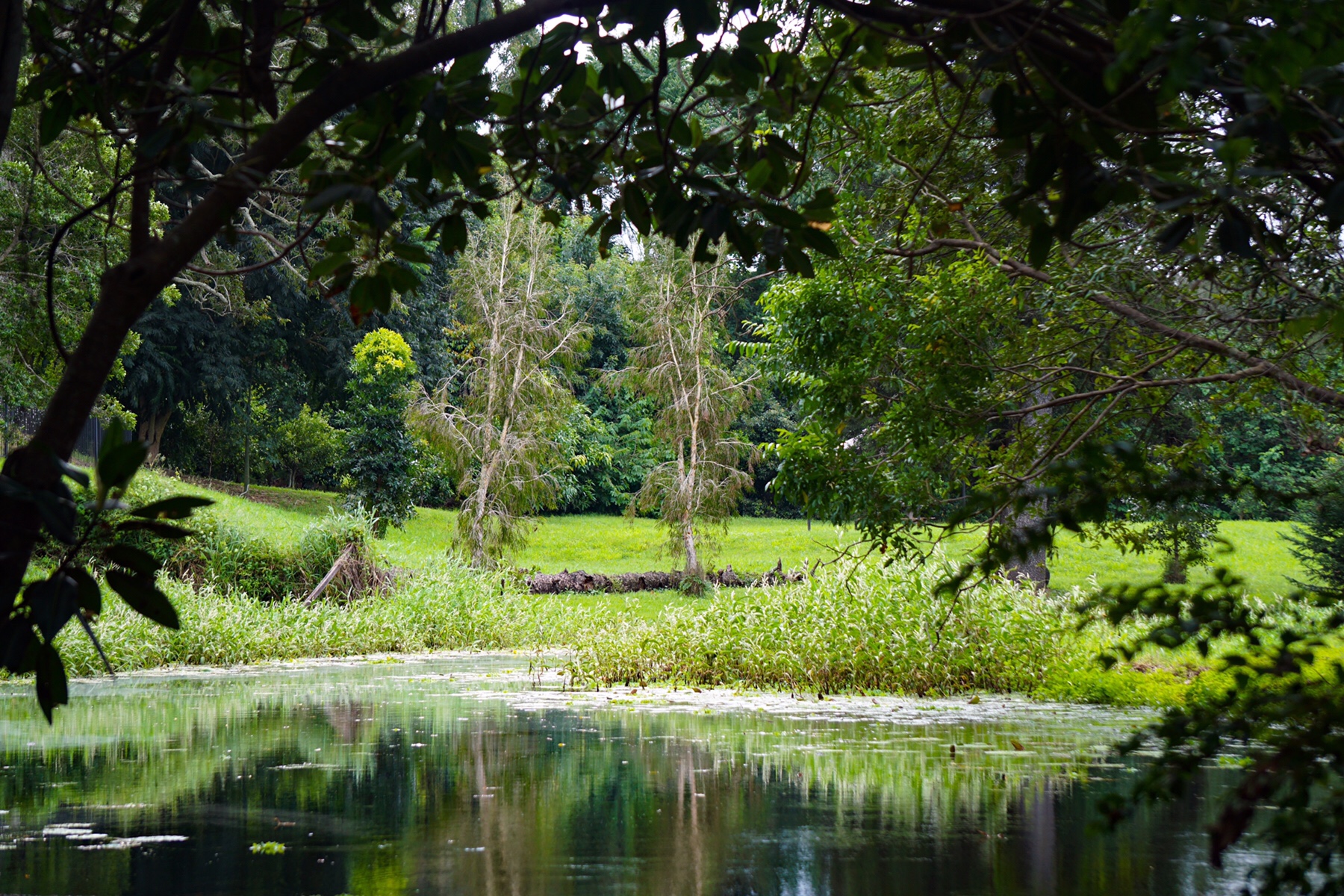 Mid morning, ZoneRV employee extraordinare Rhys drove up after his night out in Brisbane to take a look at our water system. What service to come out on a public holiday!

We have been experiencing an unreliable water supply, with the water pressure being very weak. Rhys thinks it all links back to the dust our water tanks appeared to inhale while we were travelling through the Pilbara. We had orange water coming out of the taps for quite a while after that, and have even recently (despite the water tanks being clean) had blasts occasionally. 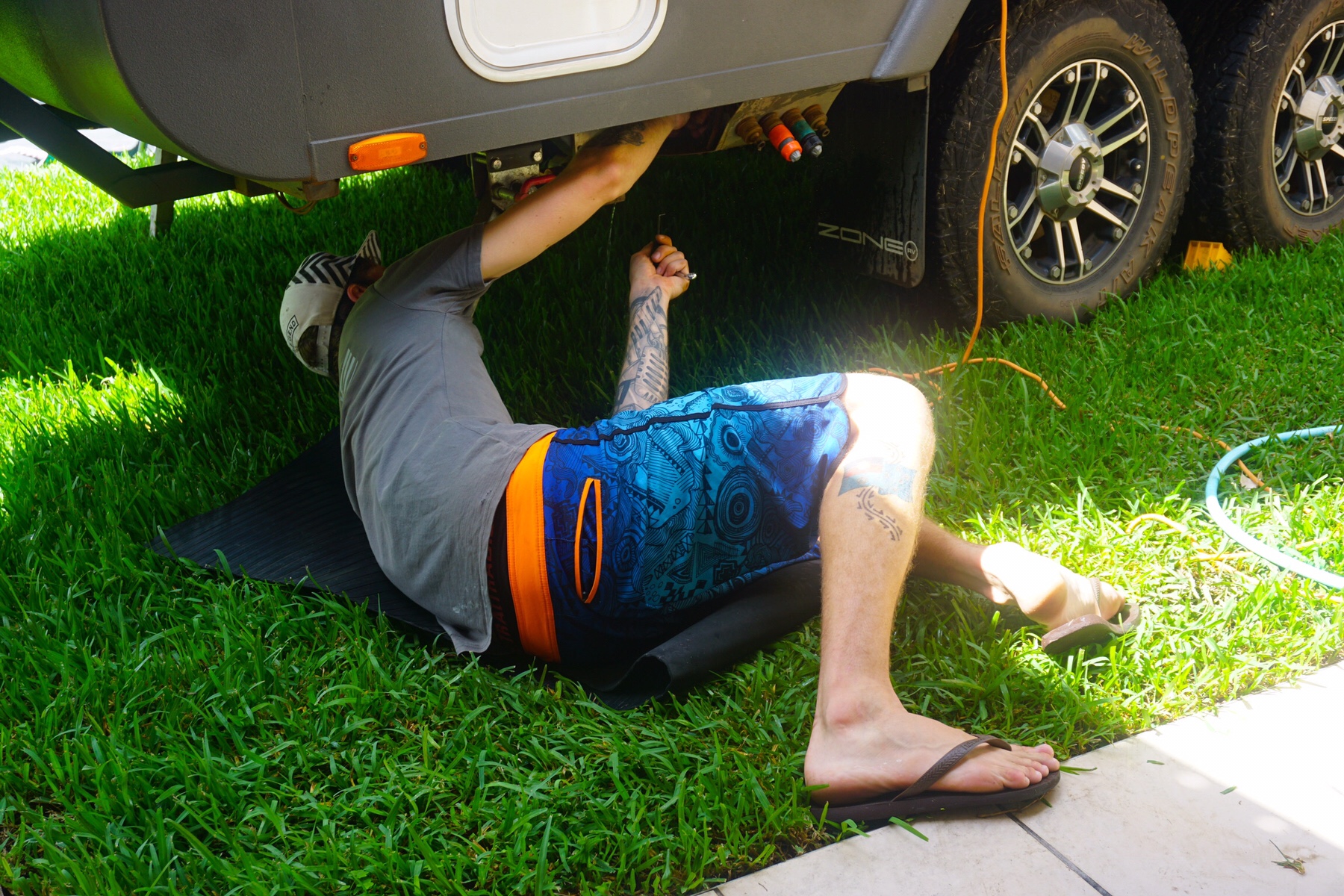 Rhys installed a brand new filter (our third in 15 months, second in a month!), a new pump and will install a new mains water regulator next week when we are in Coolum Beach for a caravan service. Water pressure from our tanks is great now.

Tuesday we were up and about early and on the road shortly after 7am, heading for north Brisbane and a company called Vehicle Components (which installed our caravan chassis, towbar, brakes and airbag suspension) for our 10,000km service. We were sorry to farewell our beautiful Pullenvale location, but excited to see new areas. 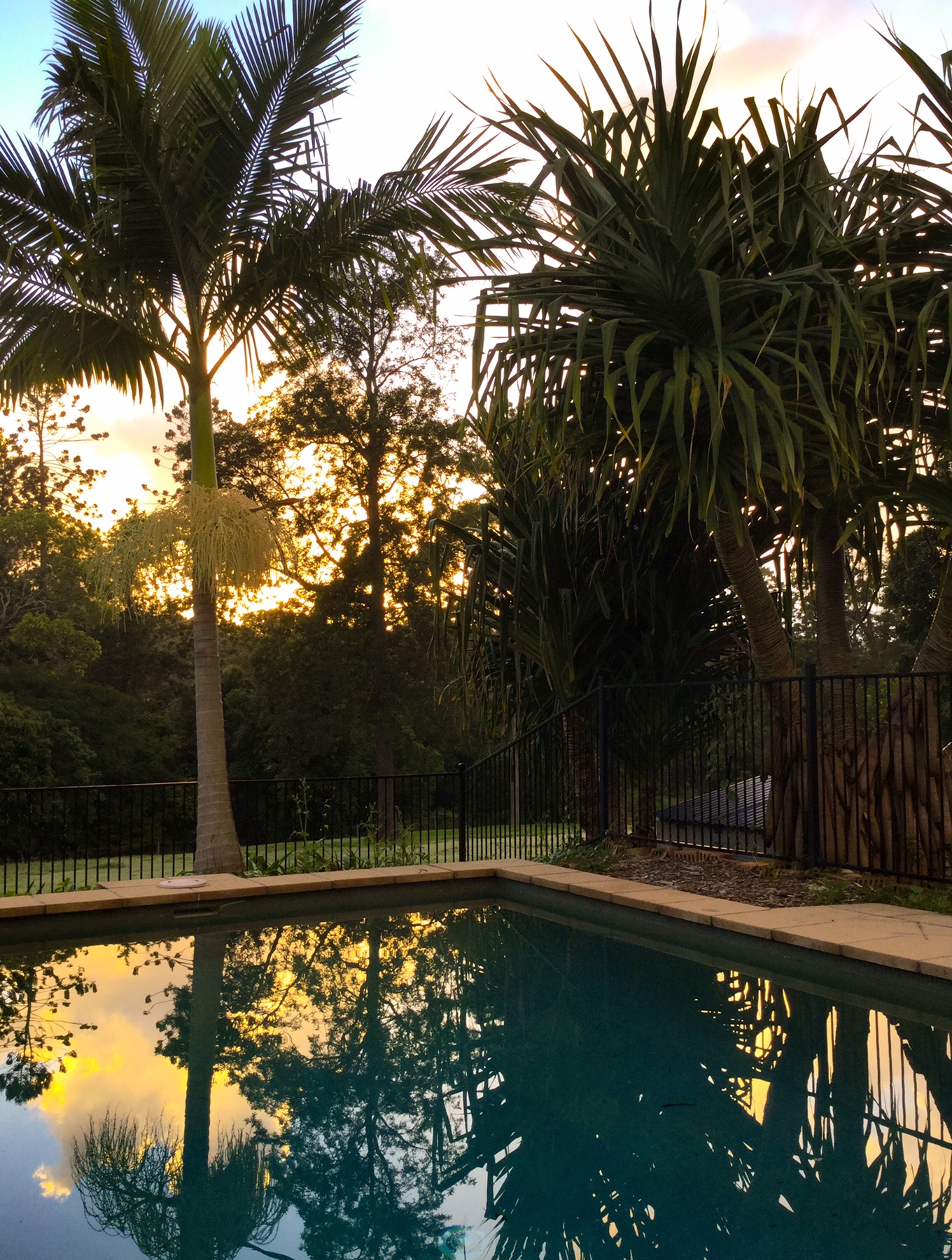 We unhitched the mobile apartment and headed off, camping cat and all, to kill time while we waited for the mechanics to do their magic.

We had a few tasks to do, so drove first to a huge shopping centre in the suburb of Chermside. We found a quiet parking spot in the shade so Tassie would be safe in the car, and went on in. Fortunately it was a cool (just 21 degrees!) and rainy morning, so we didn’t need to worry too much.

Fellow Zoners, Libby and Phil who don’t live too far away, came over with their cute granddaughters to join us for a coffee and a chat.

Three hours later, tasks complete, we headed off and tried to find somewhere for lunch. We found a deli with 4.5 stars and fabulous reviews on Google and Trip Advisor and thought we would be sorted. Sadly for us we were wrong. The food was pretty ordinary for both of us, and we struggled to provide them with a single star.

From there we decided to escape the oppressive city and head to the coast…and breathe…yes, much nicer. First of all to Shorncliffe Pier where Tassie was dive bombed by noisy miner birds and magpies…. 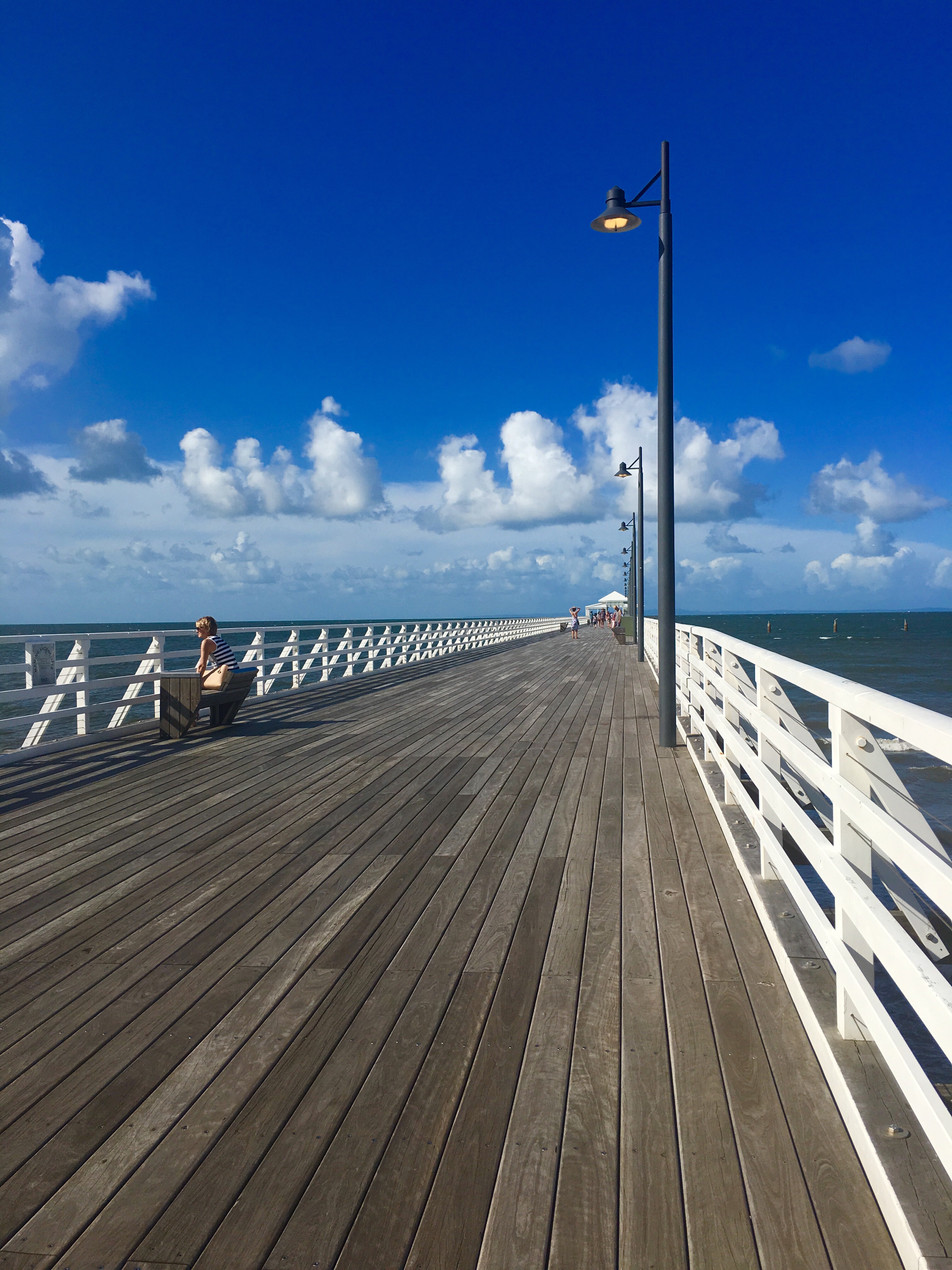 And then on to a spot overlooking the Boondall Wetlands where we shared a small portion of chips to take away the taste of our nasty lunches! 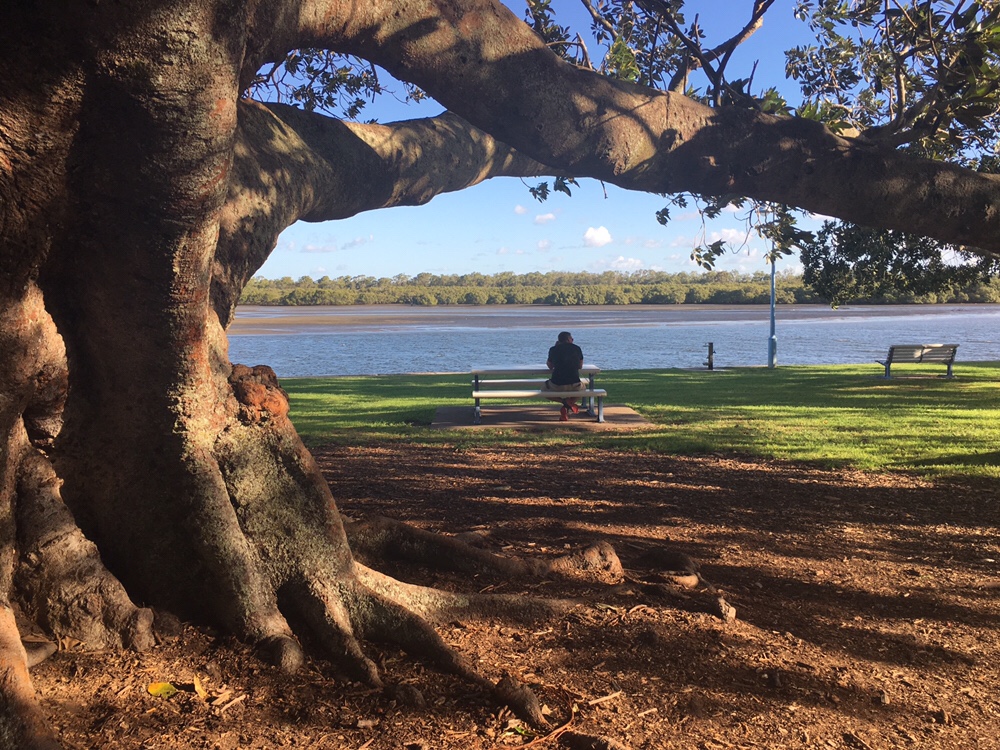 Shortly after 4pm we got the call from Kieran at Vehicle Components to say that the Zone was ready for collection. There had been a lot of work done, thankfully mostly under the 2 year warranty. They had done an extremely thorough job and replaced all our shock absorbers, our brakes and the piping and panel for our troublesome airbag suspension. They also gave us advice on the right towing height for the car rear suspension airbags and the distance we needed to measure from the bump stops on the caravan.

We took notes which will hopefully continue to make sense tomorrow, and pulled on out with Kieran’s thumbs up and went on our way. 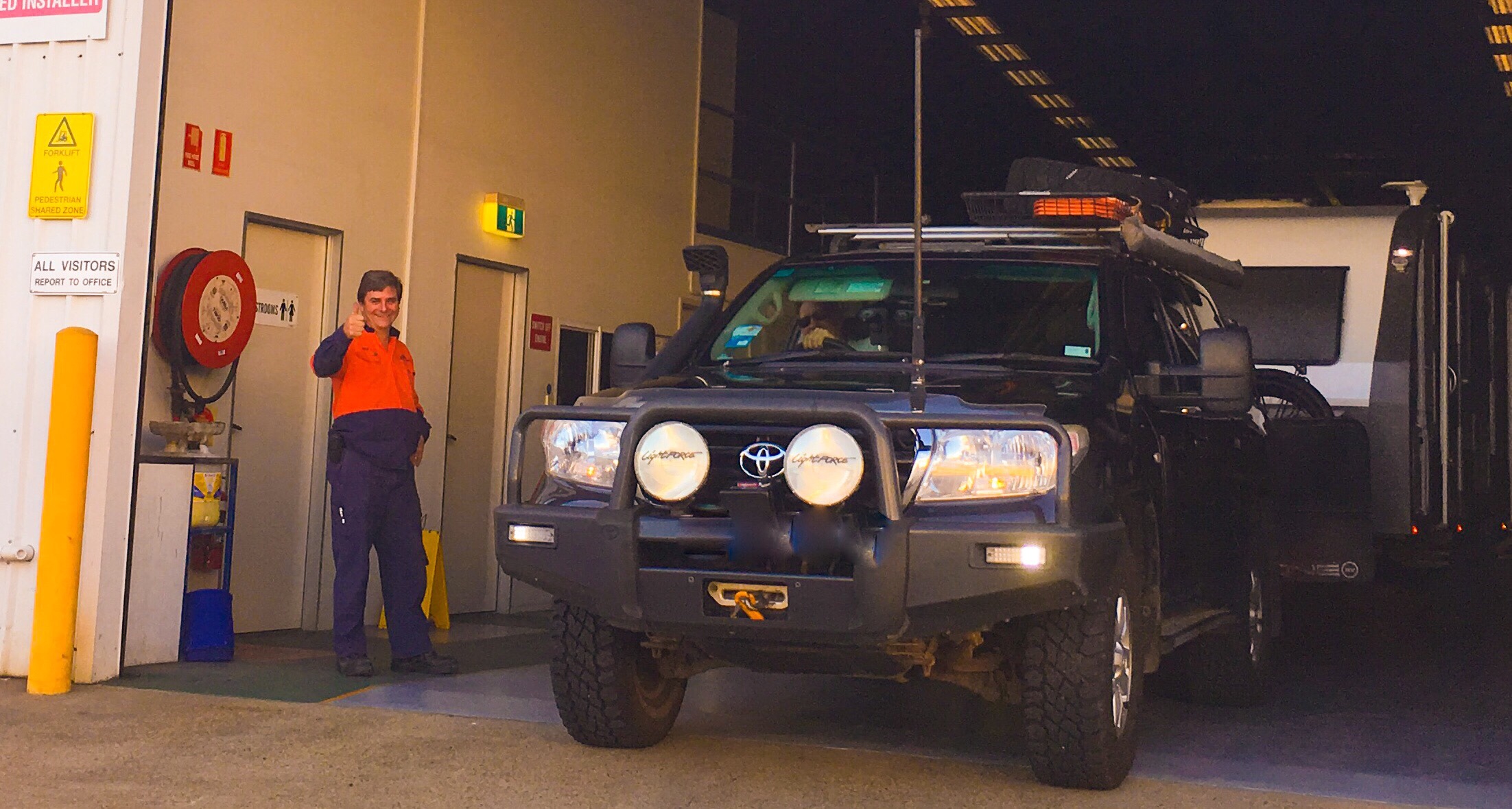 We feel confident we did the right thing by bringing it back here to the source, they clearly know their products inside out and were able to do a really thorough job. 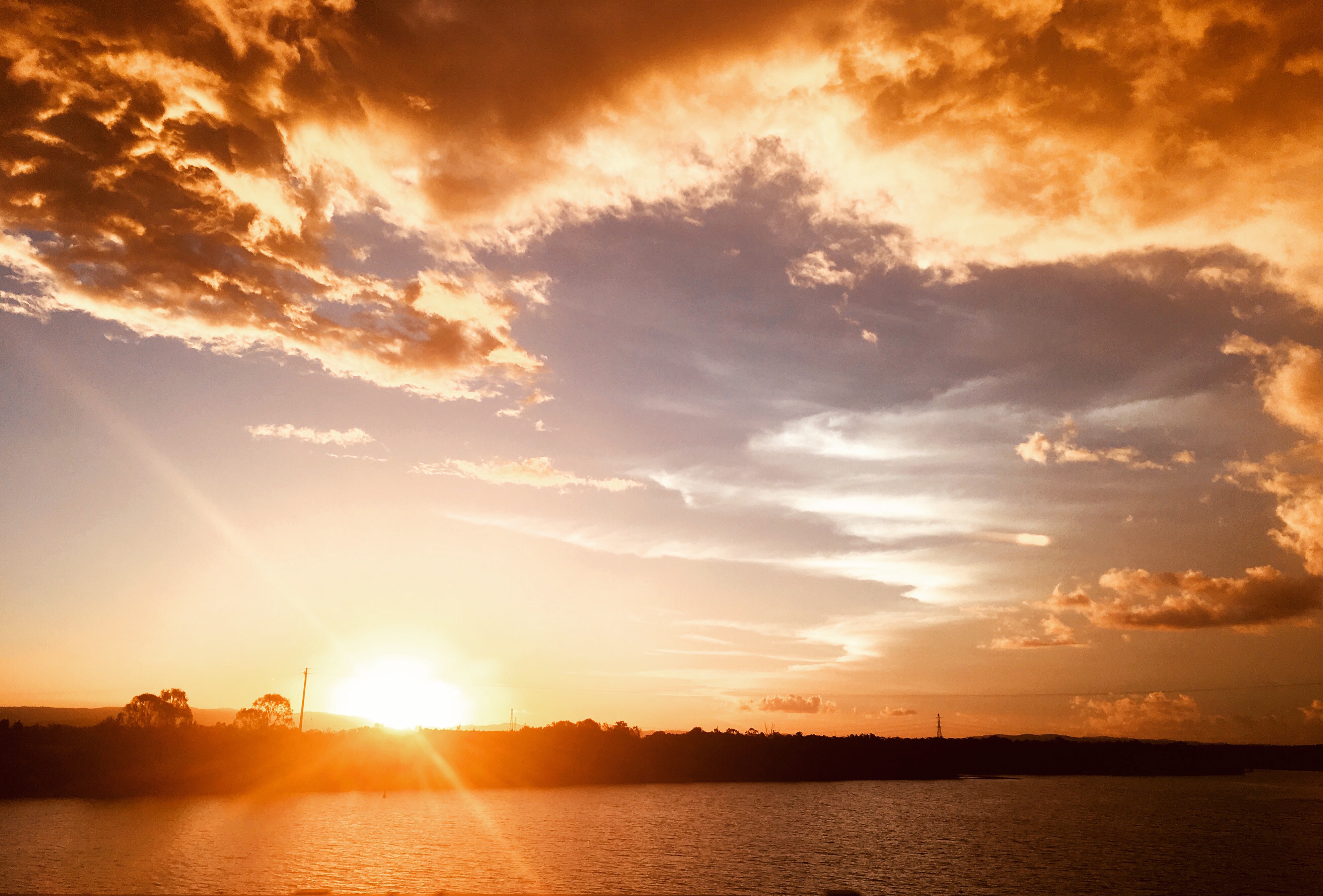 We drove west out of the city, heading towards the Glasshouse mountains, the setting sun together with April showers providing us with a spectacular evening sky show as we travelled. 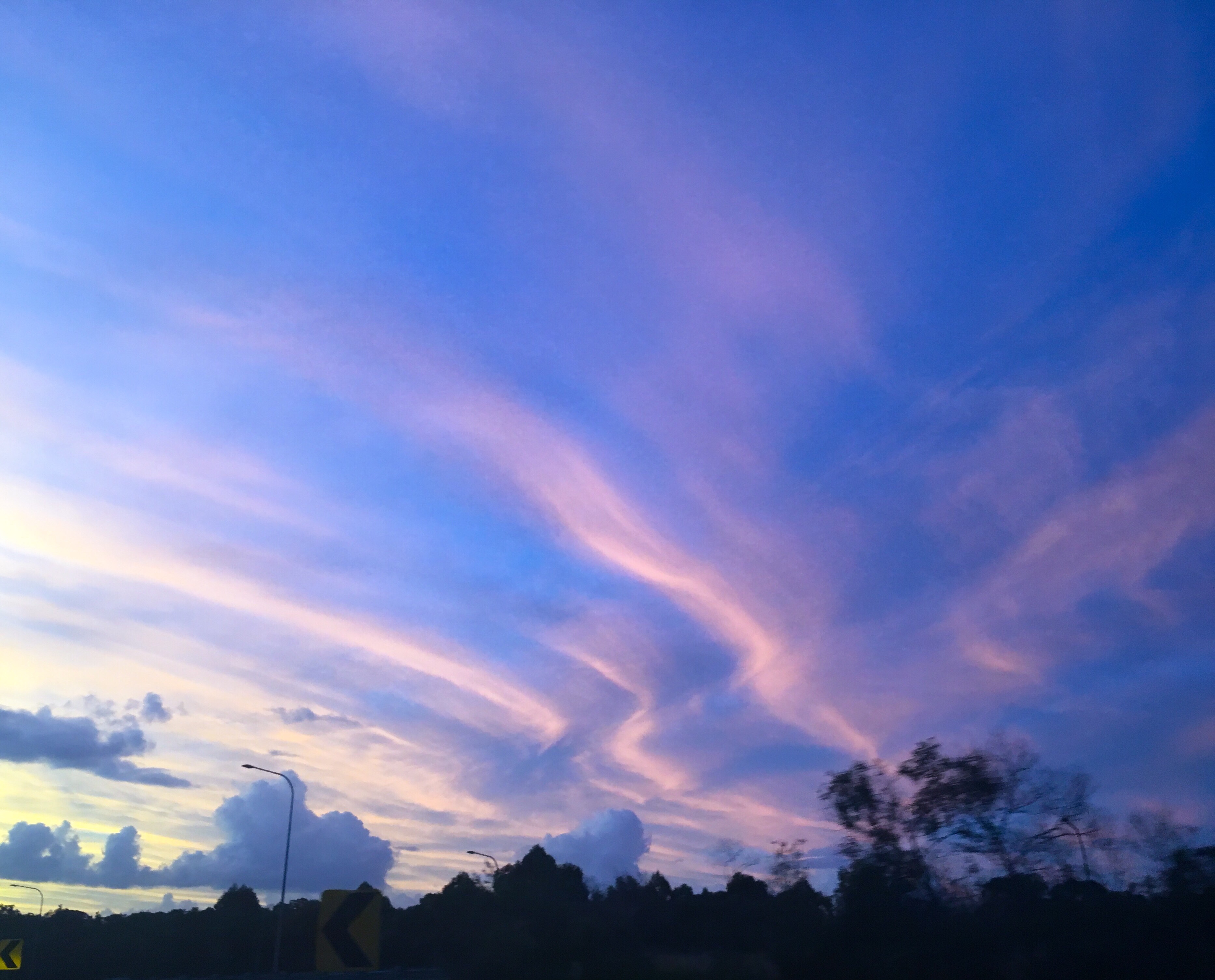 We pulled up in a muddy field in pitch darkness at around 6.30pm, hoping we were in the right place, but not really caring. Once settled safely into our mobile apartment it didn’t really matter where we were, a glass of wine and a Netflix movie with an exhausted warm cat on the lap, all was good in our Zone.