Rail trails are our favourite kind of riding – away from cars, devoid of steep hills, and in Victoria and SA tantalisingly peppered with wineries. Queensland also has one I found out through Dr Google, via the very helpful site railtrails.org.au, completely funded and run by volunteers. Alas no wineries on this section of rail trail, perhaps accounting for the fact that in the 30km of riding it we saw 2 other cyclists! Who knows why such a wonderful ride, safely tucked away from other road users, winding through beautiful scenery, wouldn’t attract heaps of riders on a public holiday? 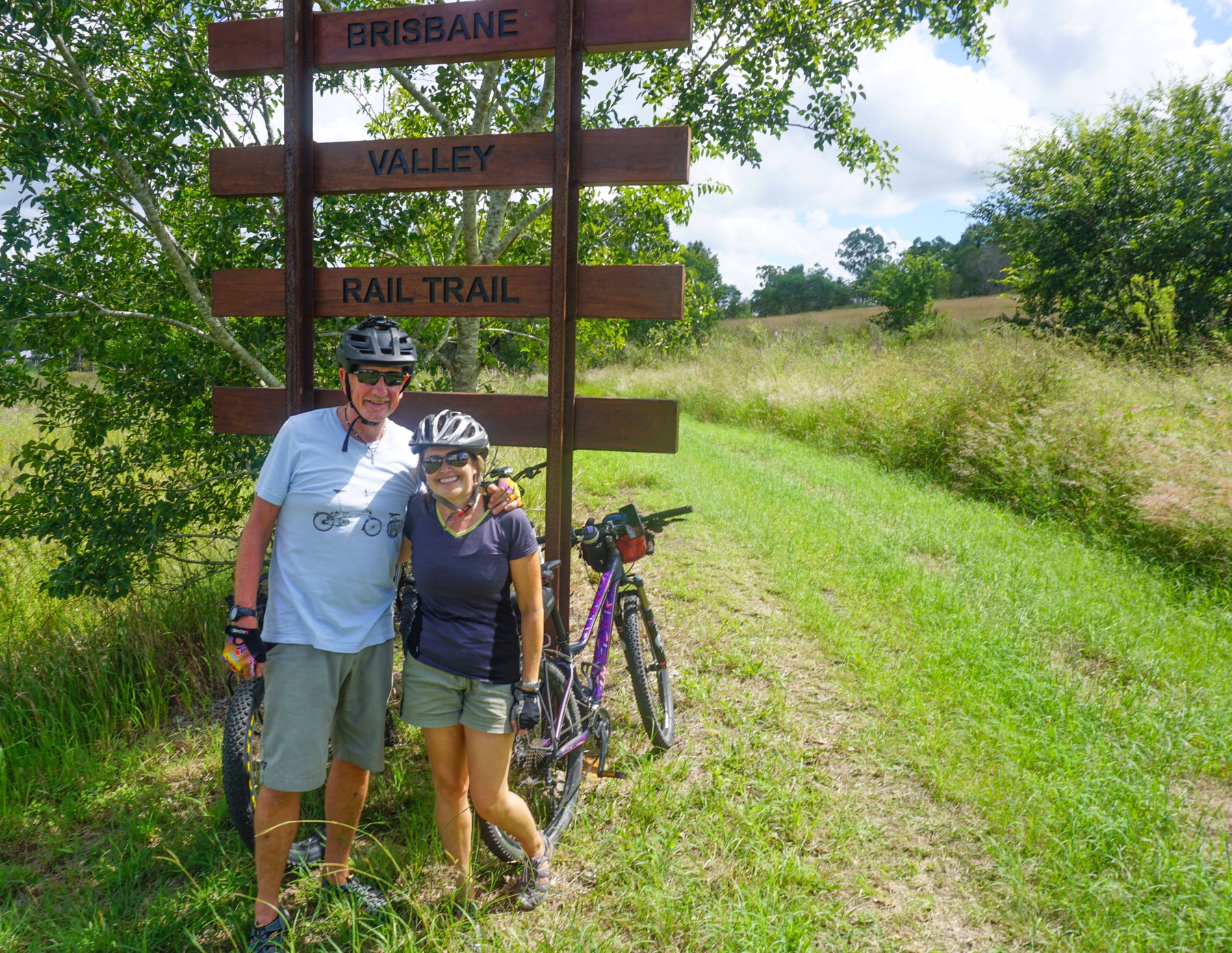 I loaded up the bikes onto the Cruiser, so glad we have a spare wheel mounted bike rack with us, as it was a 30 minute drive through narrow twisting country lanes that were decidedly un-bike friendly, to where Google told us was the start of the trail. This turned out to be 7km from the actual start of rail trail itself, but still on a good bike path. After a detour to find a toilet (there’s none on this section of the trail) we were finally on our way. 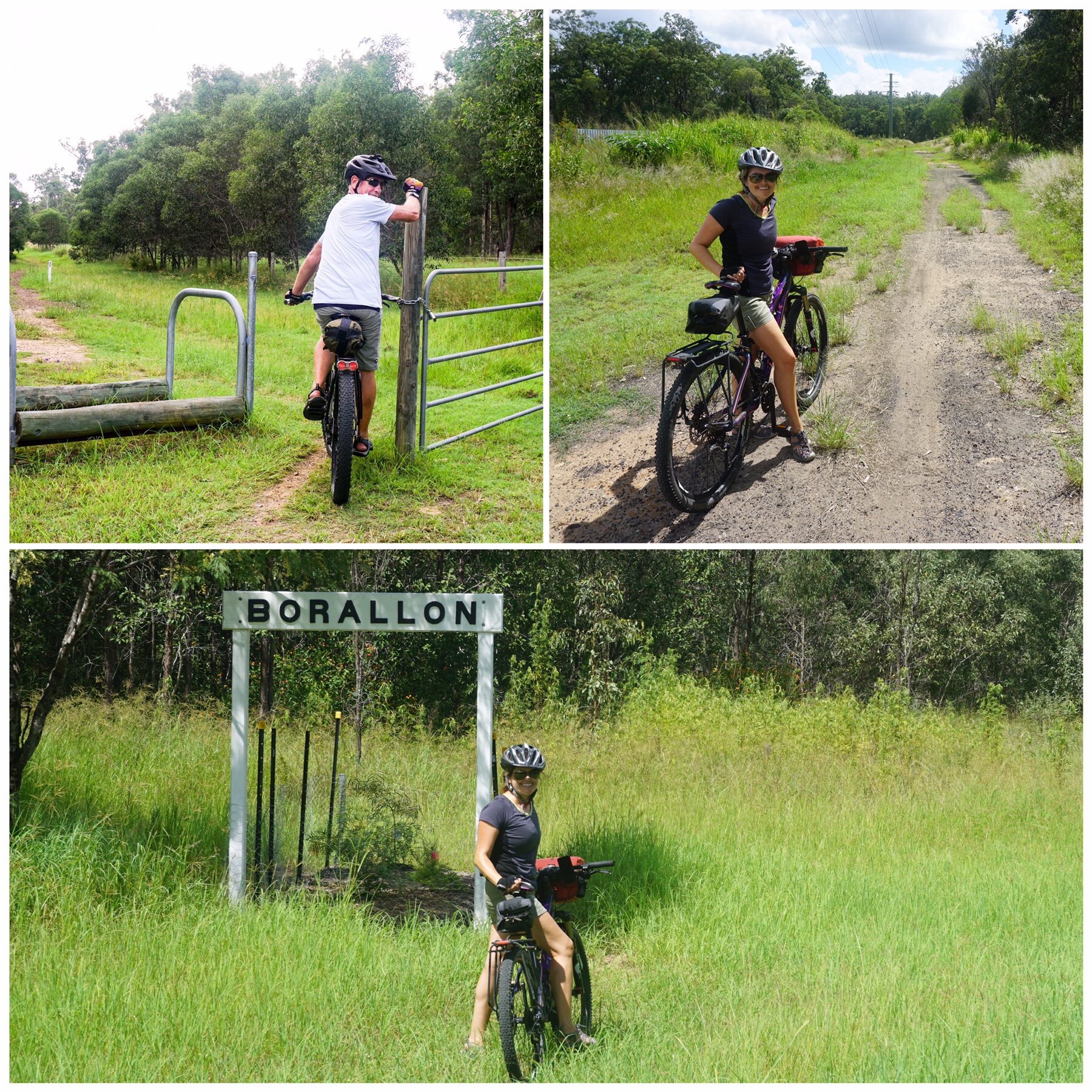 What a fantastic ride – we were almost immediately surrounded by bush and farmland, rolling hills on either side, only the birds twittering away and not an engine noise to be heard. The trail is called the Brisbane Valley Rail Trail and stretches for 160km, with further sections still attracting funding and being completed. I do hope no one who agreed to spend the money is counting traffic on it. Four of us on the first 22km of the trail on a public holiday would surely cause them to think ‘Is this money being well spent?’ Perhaps the “build it and they will come” philosophy is operating here. Let’s hope they are right, but with cycling participation nationally falling for this type of casual riding, I have my doubts. What a shame. We had an awesome few hours on this gem of a ride. 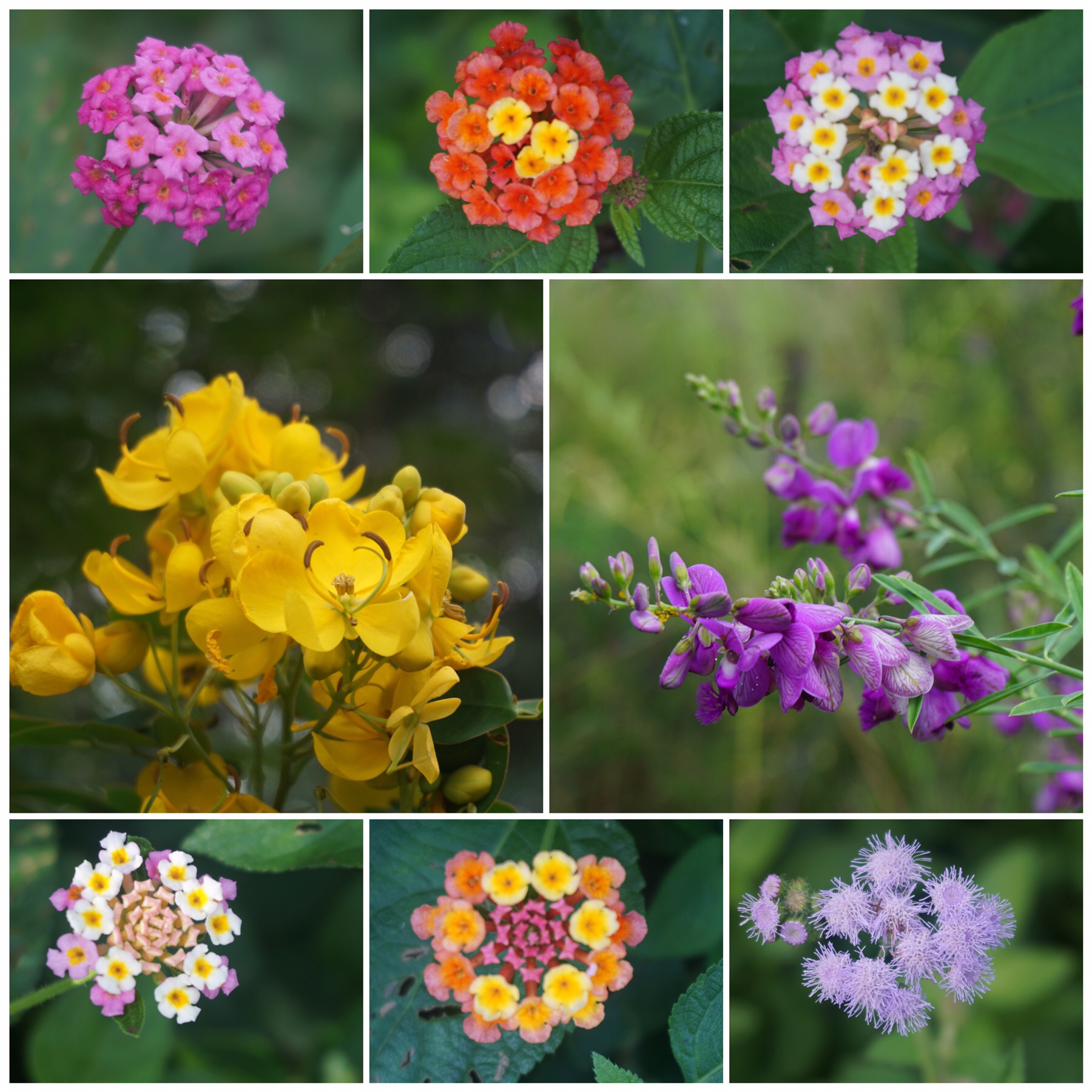 Back at base in Pullenvale and a late lunch magically appeared from Maria (our friends’ mum). Given we were two hours earlier than planned I’m not sure quite how, but we weren’t complaining. A Moravian favourite apparently of cauliflower, broccoli, mince and spaghetti was washed down with a beer. Perfect. 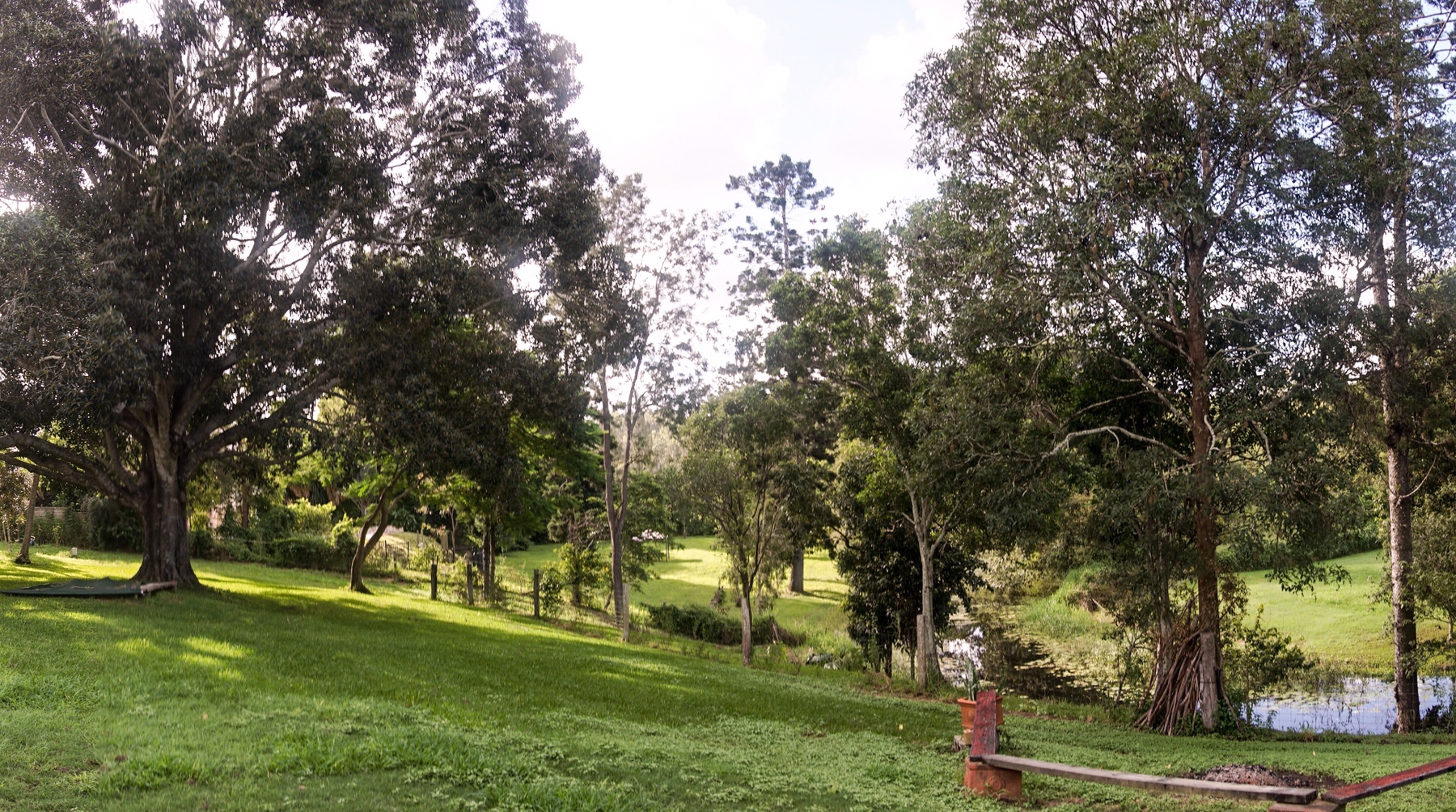 Then it was off to the local garden centre for cake, coffee and potting compost – not all these items were consumables of course. 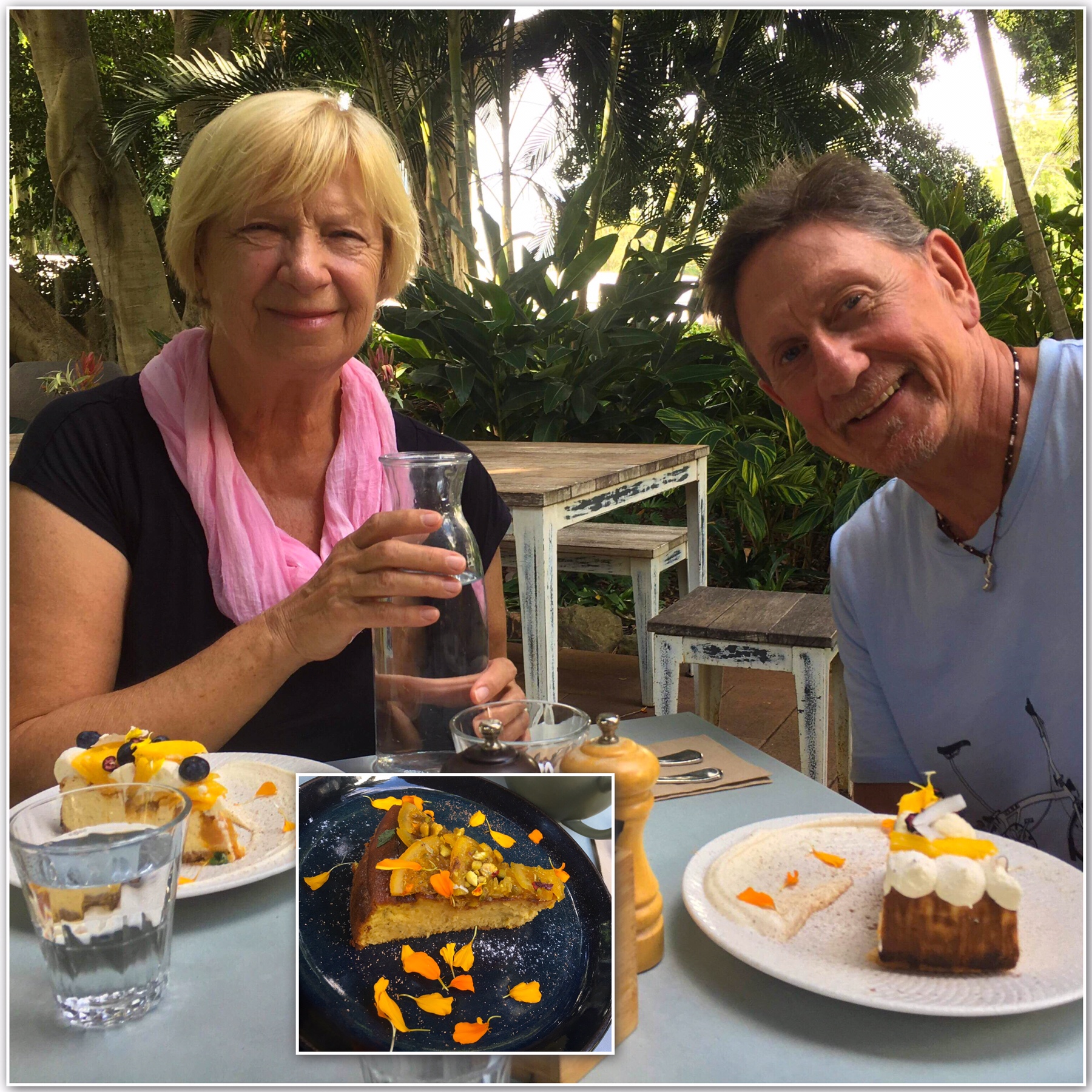 I then settled in for a long overdue bike cleaning and maintenance session while madam did some work on a couple of research papers she is preparing with doctors in the USA. A very light salad and a dose of Netflix and a sound sleep again in the quiet haven of our location.