We were determined today to get some paddling done, as the river running past the front of our caravan was the reason I had selected this camp. We headed downstream towards the river mouth, immediately immersing ourselves in the sounds of bell and whipbirds, pied oyster catchers were quietly hunting for morsels and a sea eagle soared overhead. We love paddling for this reason, its so easy to drift quietly along and not scare away the wildlife. 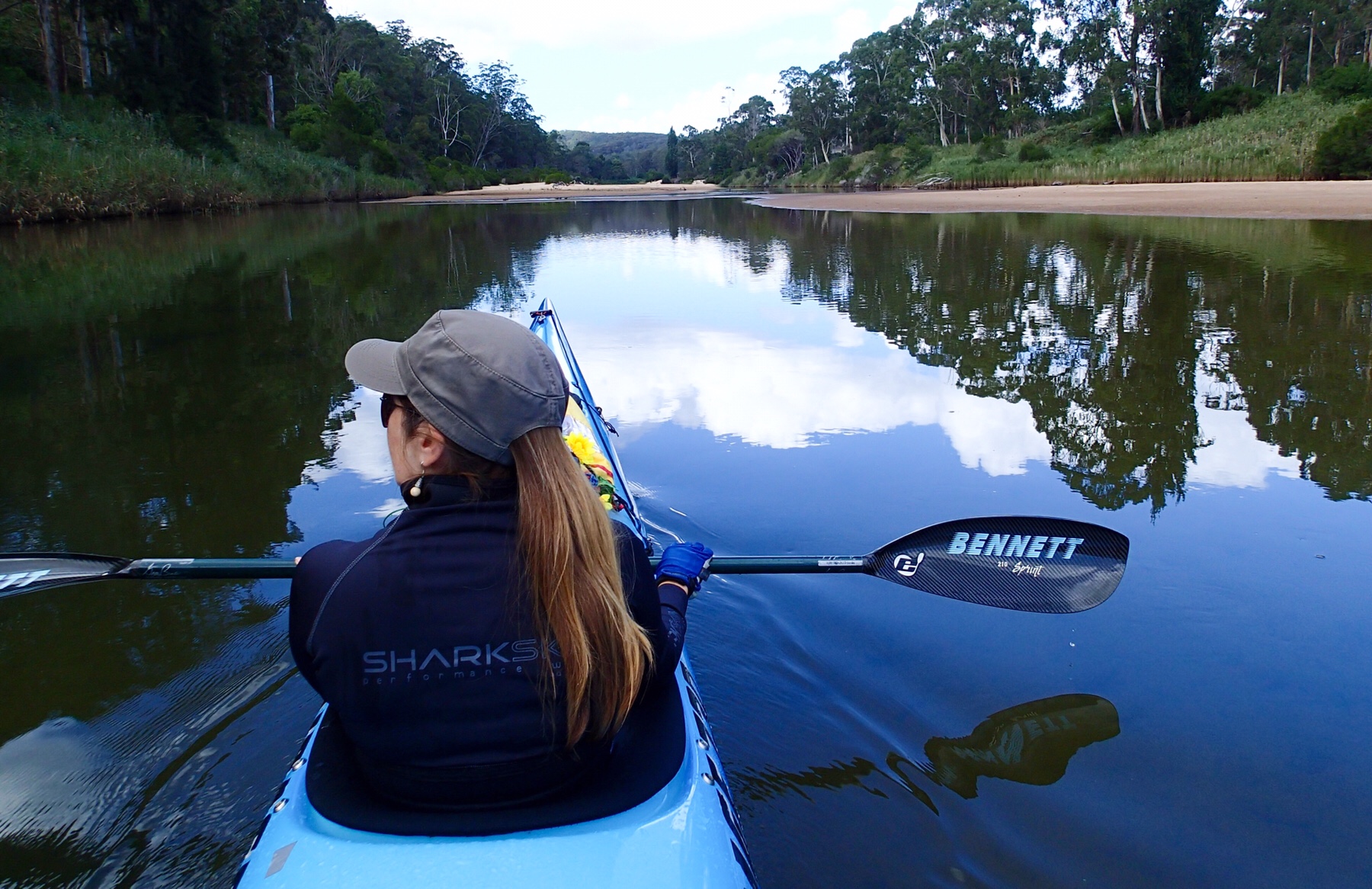 There were a few abandoned camps along the river but we didn’t see a soul until we were back at our launch point three hours and 13km later. A couple of fishermen were staring longingly into the water hoping for a bite. The river was really beautiful, winding its way between sandy banks, very little breeze disturbed the mirror like surface. 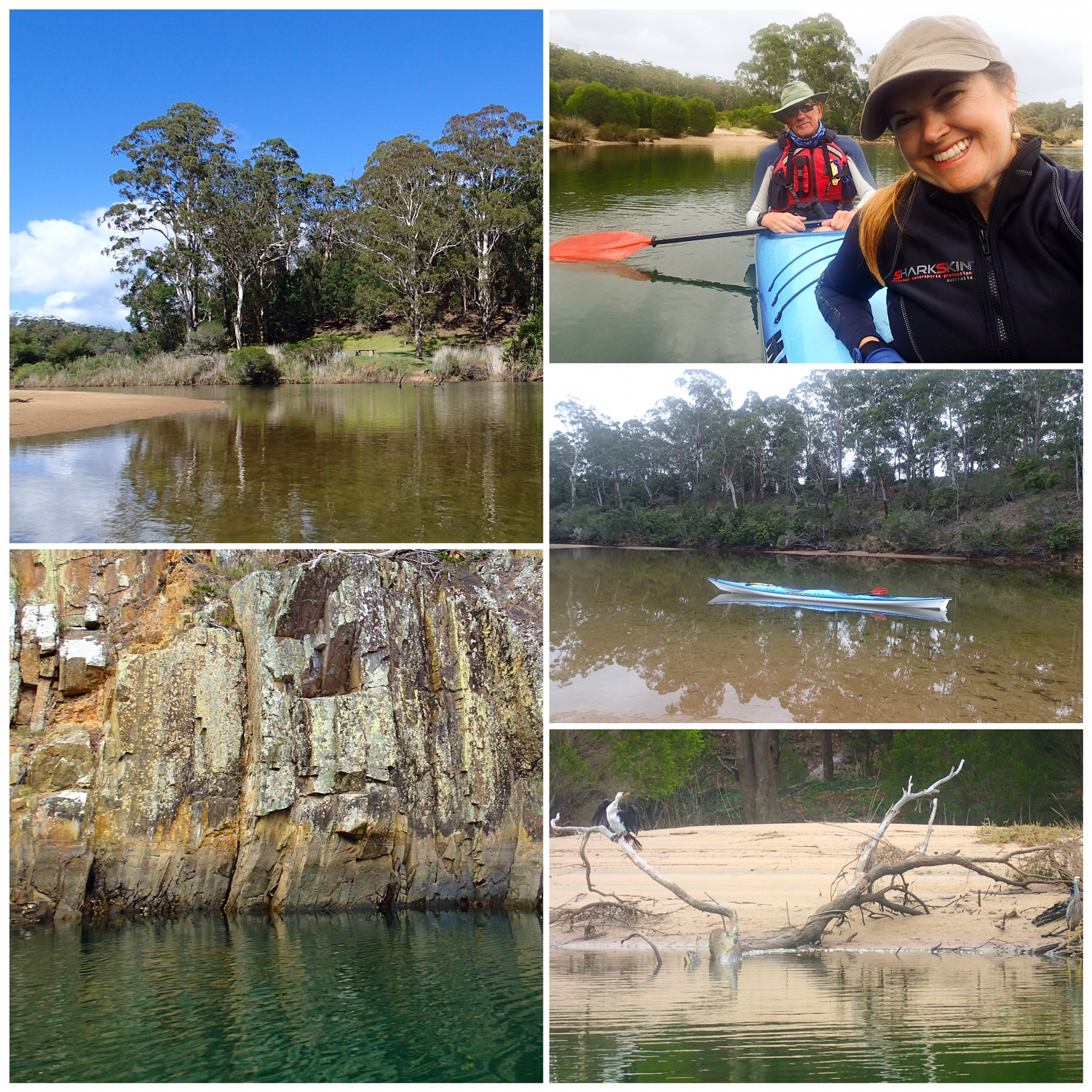 I had read trip reports from people who had been paddling with a kayak guide who runs tours along this stretch, and from those was hoping to see kingfishers. Finally, on the home stretch we saw one. Our waterproof camera sadly doesn’t have a great telephoto so he escaped our lens. trust me he was a beauty, all peachy belly and deep blue back. Not a startling blue one like some we had seen down this coast, but still a lovely sight through my ever present binoculars. My eyesight is shocking, so without them I wouldn’t be seeing much at all!.

Back at camp the lack of people around allowed us let Tas out without her lead, and blimey she was off like a shot, always with a look over her shoulder though to make sure “mum” was close. She even climbed up a couple of trees, not bad for a nearly 14 year old! 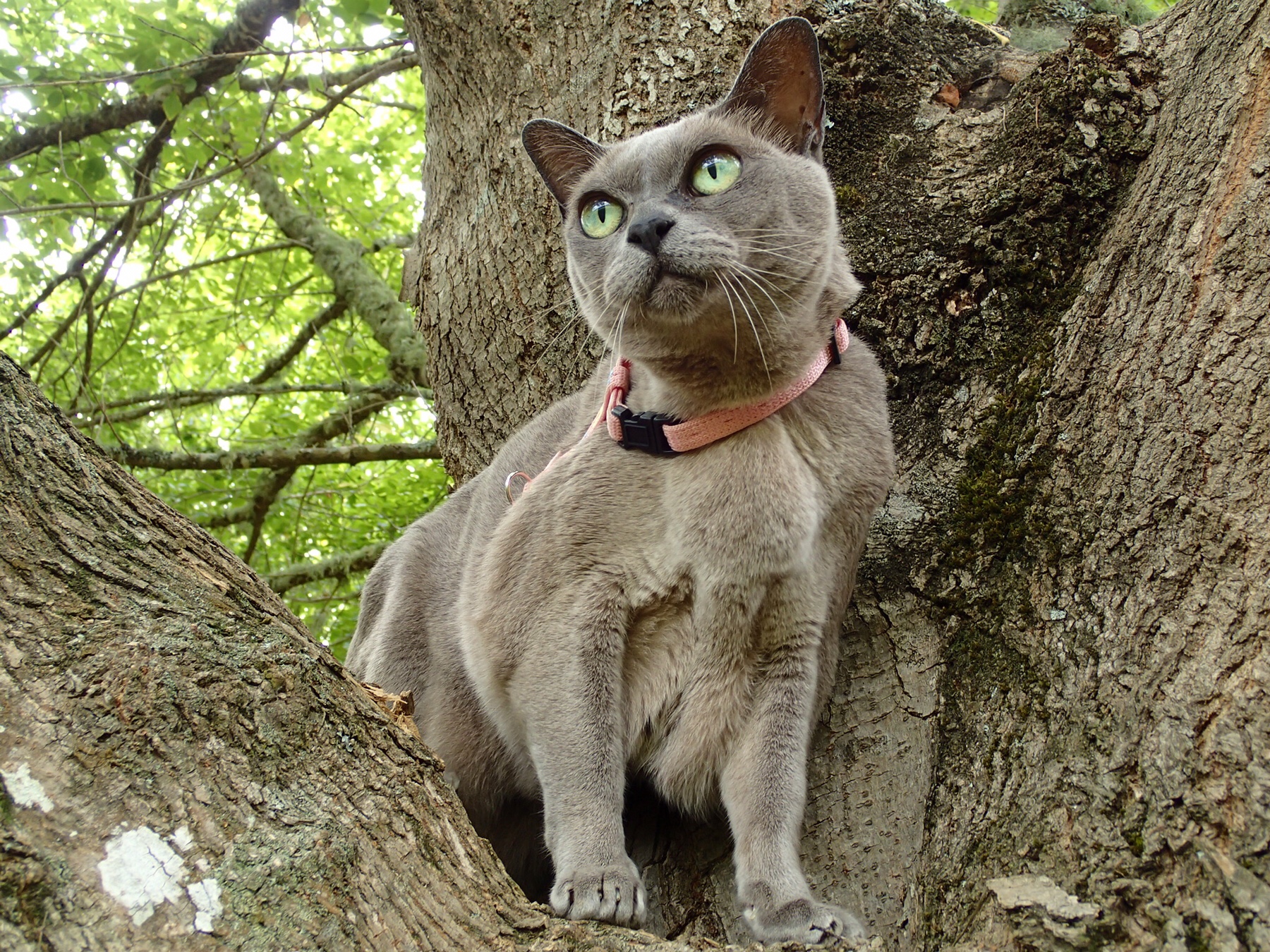 It really made us smile to see her so happy. It’s so nice to be away from crowded caravan parks, for all of us. We had been a bit tied to them running our car fridge on freezer mode, but gave that up today and switched it back to a fridge so we don’t worry about needing to be on electricity to feed the power hungry battery.

Catherine had some work to do on her Facebook submission so I headed off for quick blast on the bike. Looking at the map the only feasible route I could see avoiding the highway was along somewhere ominously called “The Snake Track”. It turned out to be snake free, but a tough ride up into the hills behind Eden. As it was a fasting day I soon decided it was time to head back to camp as the legs were running out of puff. 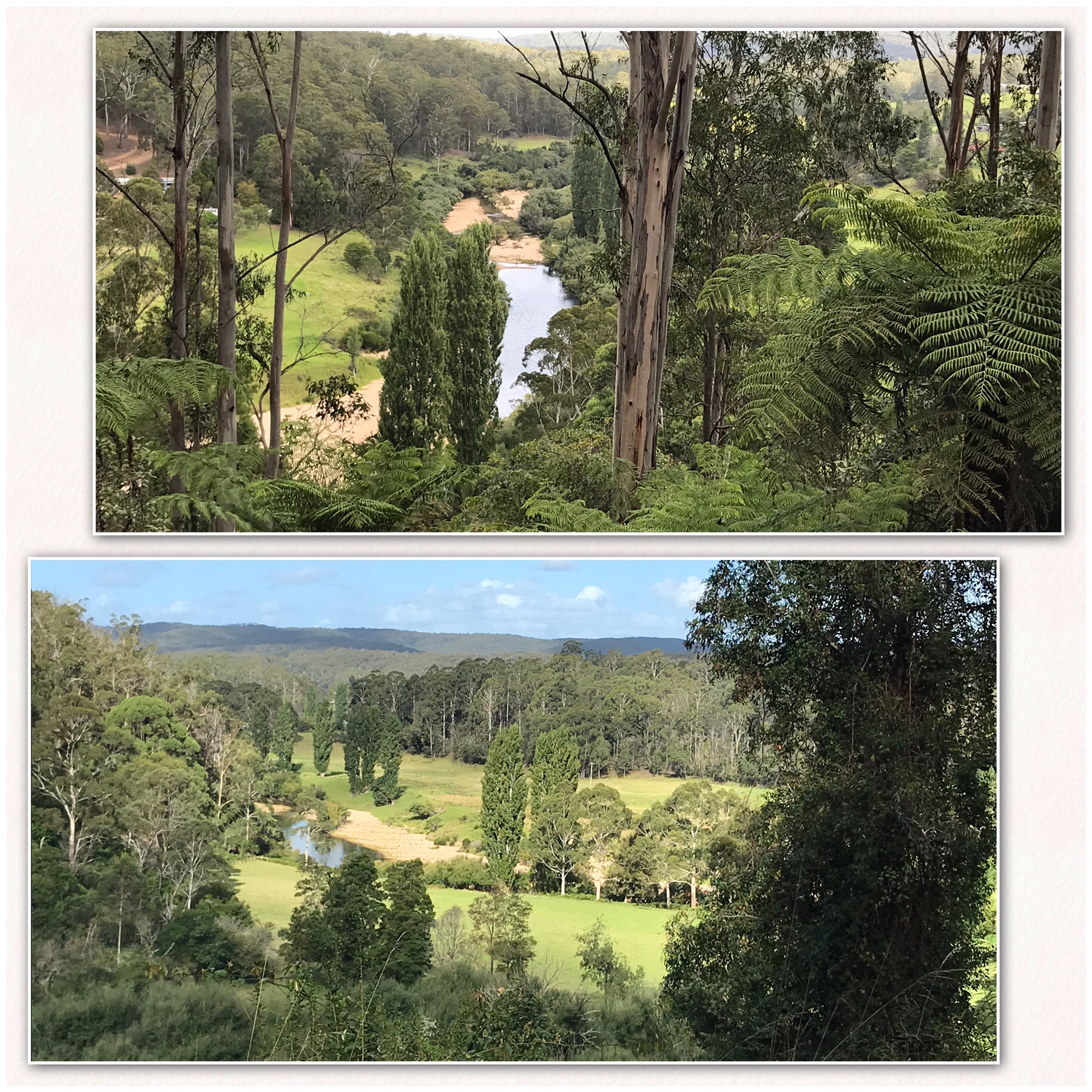