It was time to leave Lake Tabourie and move south again, so as soon as we started packing up the rain came lashing down – excellent timing. Then when I was putting away gear outside I realised the Zone had listed over, the air bags had sprung a leak again. We whipped off the inspection cover and sure enough there was air escaping, so we cut off the punctured pipe and fixed the good piece in. We’re experts at that now! However, we think the sinking on one side has strained and bent the awning, which was pegged down securely and would have been pulled over. This day wasn’t starting well.

We eventually got away and headed down to Moruya, where we had a new part for the vacuum cleaner waiting for us at the Post Office. Pretty impressed with Dyson, once we actually got through to them they had dispatched a part pretty quickly. It does seem though as as fast as we get one thing fixed another thing breaks! The penalty you pay for having so much stuff I think.

We then drove down to the small settlement of Dalmeny, where the council caravan park was going to be our home for the next three nights. However, the site was really sloping and even with 3 blocks of wood under the jack and it fully extended we still couldn’t get level. So we hitched back up, got a refund and headed back on the road in search of flatter sites.

Just south of Narooma we found one at the Island View Beach Resort. When we came to park the Zone though I realised why we had struggled to get level at the last site. One of our airbags had now inflated to its maximum height! What was going on? Every time I let it down it reinflated, so we had to pump the other one up to get the van level side to side. Catherine can just about climb in now we are so high off the ground! 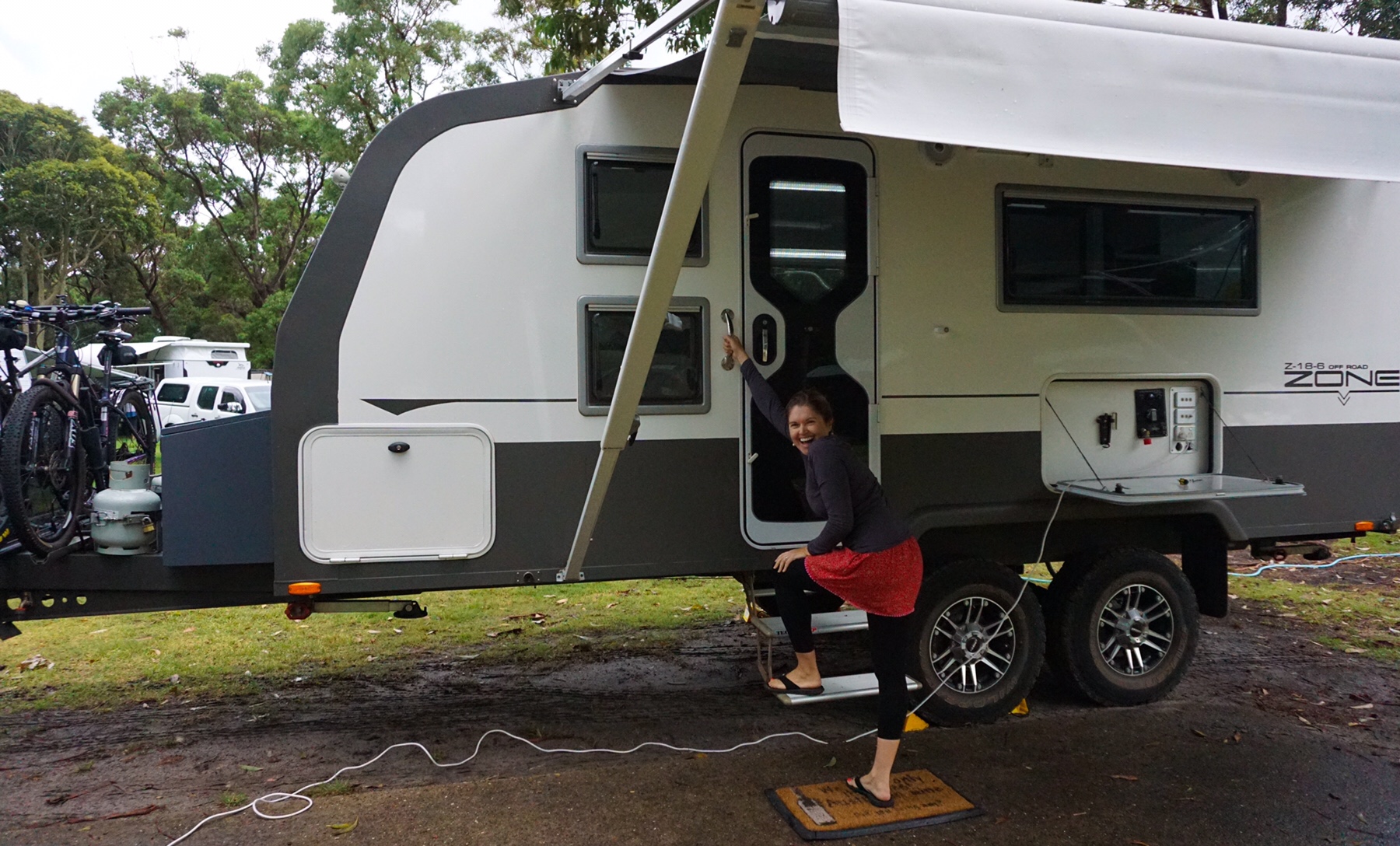 We called Zone, who were mystified, and had us phone the installer, who were also mystified and had the air bag manufacturer call us, who were…yes mystified.

“Never heard of that happening before, mate!”

Don’t you love those words. Actually this guy was really helpful and agreed the control system needed to be completely replaced. This is all happening at 5.30pm so we will hear tomorrow how/when/where.

So as all this is happening this massive storm hits us, torrential rain, winds that are shaking the van and pelting us with debris from the trees we are parked under. Quite enough excitement for one day…let’s hope we make it through the night unscathed!