The day began in the mid 20s but the temperature soon climbed to 30 degrees centigrade and above, topping out at around 37 degrees. Slightly too warm for the long cycle ride we had earmarked for today’s activity. First though, we needed to tackle a plumbing issue…this is detailed at the end of this post for those interested in such banalities!

Housekeeping completed, we decided to take a picnic to the beach and get cool in the water. We drove out to Hyam’s Beach – it wasn’t too busy, being midweek, but we hear that weekends and holidays here are absolutely chockablock with visitors, with two hour delays on the roads. Not our idea of fun!

Hyams Beach is famous for its clean white fine sand, which leads to the crystal clear turquoise waters of Jervis Bay. The sand literally squeaks when you walk on it, and doesn’t get too hot, even on a steamy 35+ degree day. We settled down on a clear space and I went to get out my sarong and bikini…not in my bag. I went back to the car to hunt through there – still nothing. Mr A then remembered it had been put in the back of my bicycle, safely left back at camp! It was slightly like torture, being so close to the water but unable to throw myself in!

So after lunch we popped into Vincentia and found me a bikini, and then back to the beach to get wet! Once you’re in, the water is spectacular, in the early 20s temperature wise, and just gentle waves coming in to shore. Beautiful – some quality time was spent just floating and enjoying the water’s natural rhythms. 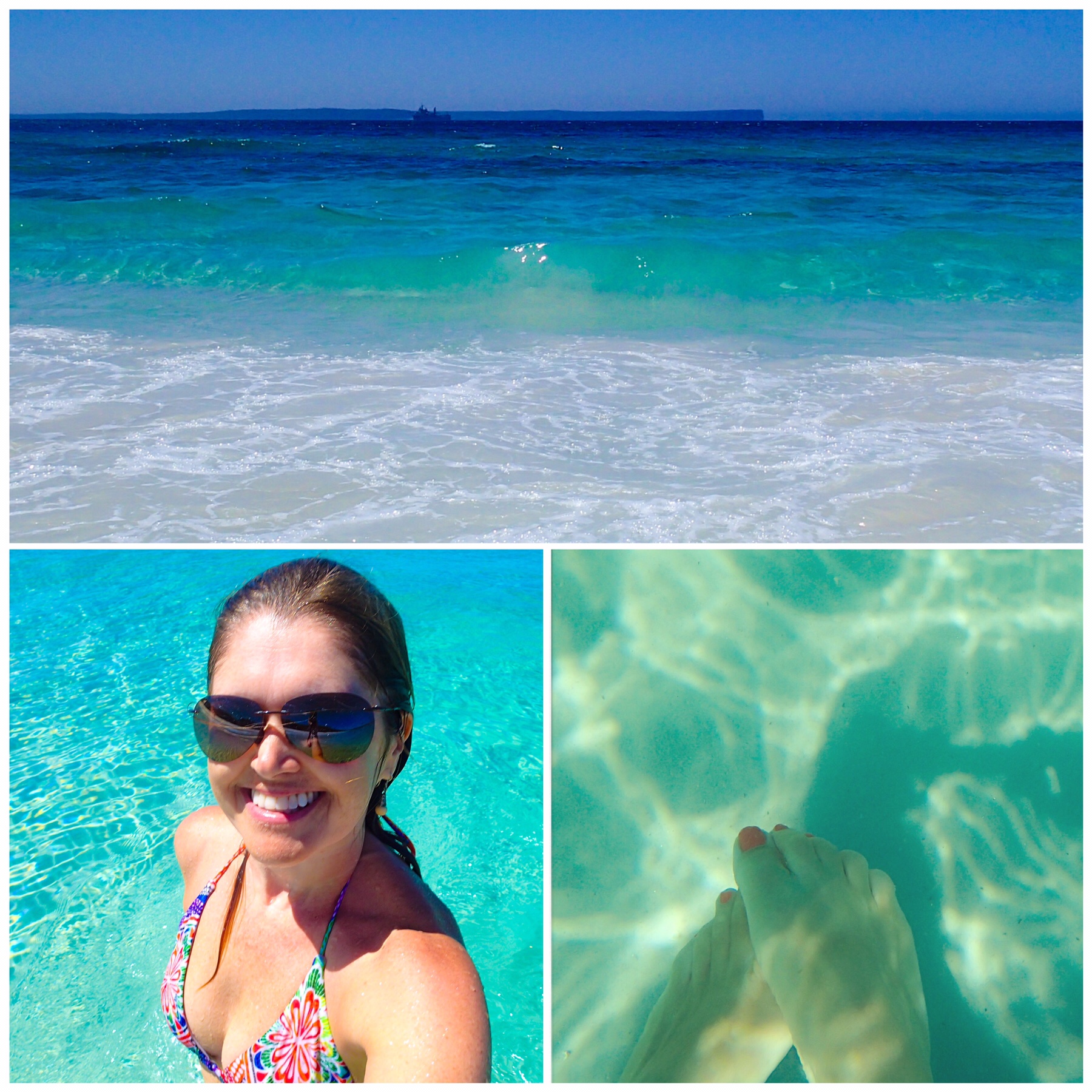 We returned to camp via a few groceries, and made a start on packing up ready to move on, before having showers and getting ready for dinner. Mr A called out in delight as he found a family of ducks and ducklings exploring around our kayak – they were the cutest and definitely deserved a photo!

We had decided to book dinner out in Huskisson, originally not realising it was Valentines Day, but then post justifying our dinner decision with that as an excuse! A few friends had mentioned Wild Ginger as a location – a restaurant specialising in South East Asian food, particularly Thai but incorporating a multitude of flavours and influences. The chef had worked at some top Thai restaurants in Sydney, so we had high hopes.

The restaurant also has a cocktail bar, but we decided to stick to wine, and purchased a bottle of Vasse Felix Chardonnay we thought would cut through the spices nicely. We were shown to our outside table, the air wonderfully fresh now a southerly change had blown through the area, dropping the temperatures by more than 10 degrees. We chose a banquet menu. 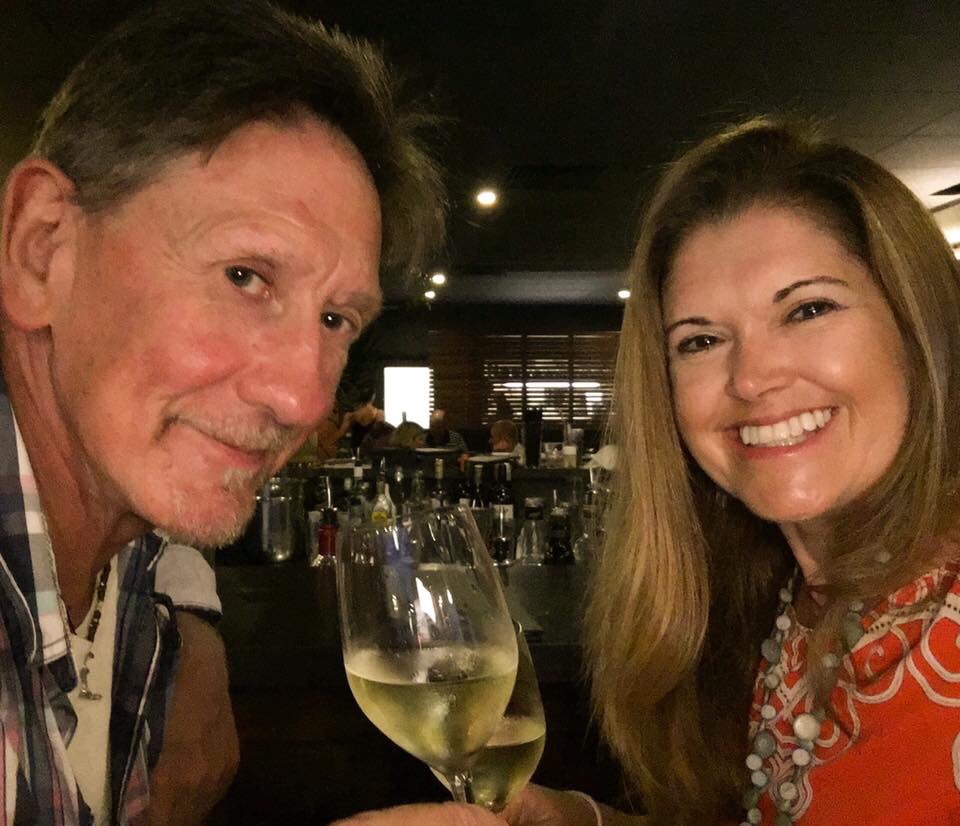 All the food was delicious, the service was a little average – a 45 minute wait between entrees and mains, and staff that carefully avoided eye contact when you tried to reach their attention! Still, we had a lovely evening, and cycled the 2km safely back to camp afterwards along the cycle lanes.

And finally, for our Zoner readers, here’s more about the plumbing for your learning path.

Our water pressure had been pretty ordinary, despite being on the caravan park’s mains tap, so we decided to fill up our water tanks and see whether the pressure changed that way. Short answer – no. So we went through a whole range of checks and tests, searching for an air lock, looking for kinked pipes, cleaning – all to no avail. We put a service call into Zone, but Rhys (Mr Fixit) had gone home sick, so we were on our own. We decided to take off the filter and try backwashing it, in case there was a blockage – all stuff we had never done before, but good to learn, at which point Mr A remembered we were carrying a new filter…We popped it on and we turned on the taps…voila – strong water pressure again. Just a full filter…