Since being back in Sydney from our six months away we have constantly been asked which was the one place we loved the most. I have to say that to name just one is quite challenging, but after more than 200 nights away, I think I could narrow it down to the top 20.

Here’s the first 5. These are in the order that we visited them rather than ranked and so are from our first six weeks or so of travelling along the top end of WA and The Kimberley region. 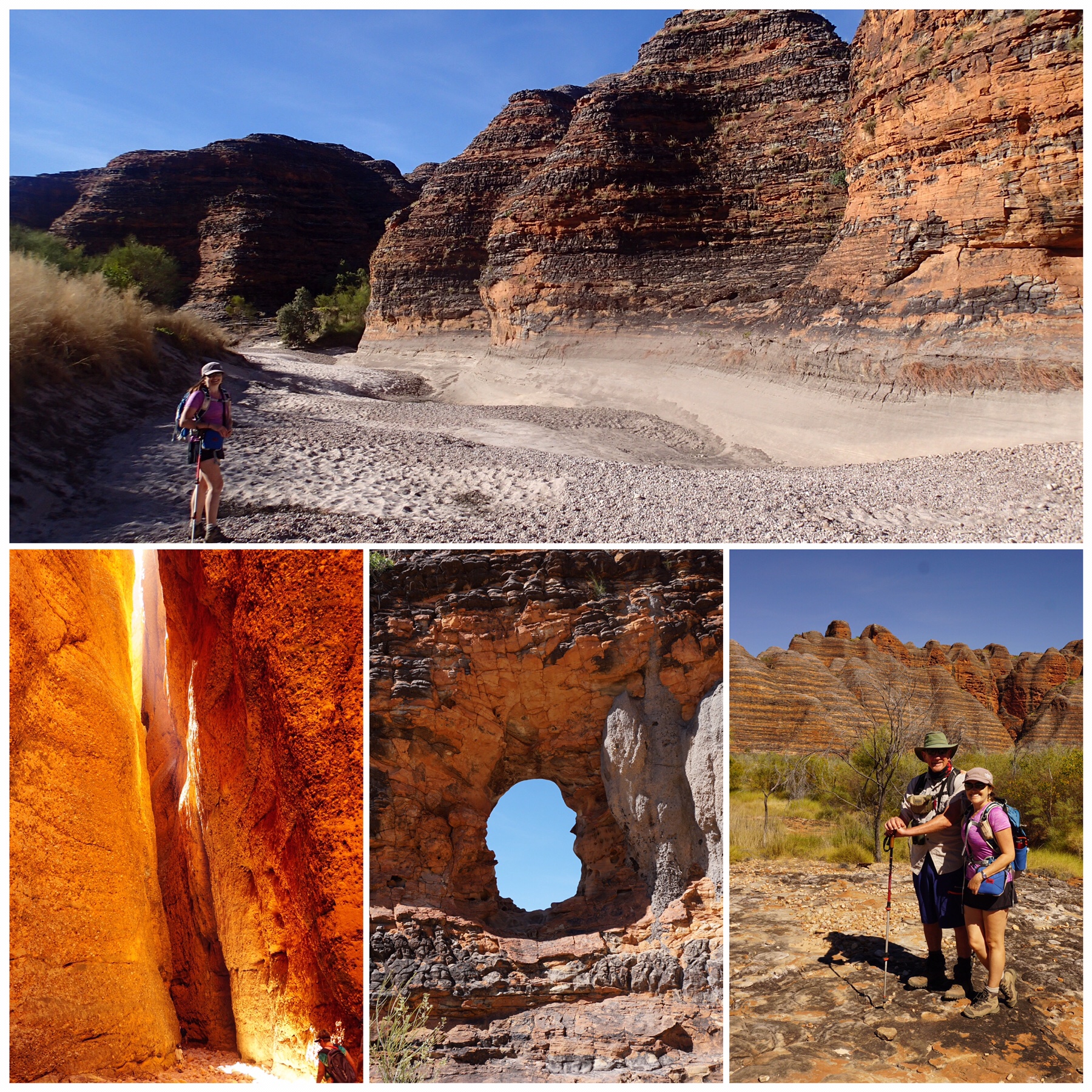 Reason: Spectacular, inspirational scenery, incredible colours, great walking. We were there outside of the school holidays so it was quiet, and nothing overcrowded. We walked and walked all day, in beautiful temperatures, marvelling at the amazing scenery. It has stuck with me still. It’s so hard just to select a few photos from this location! 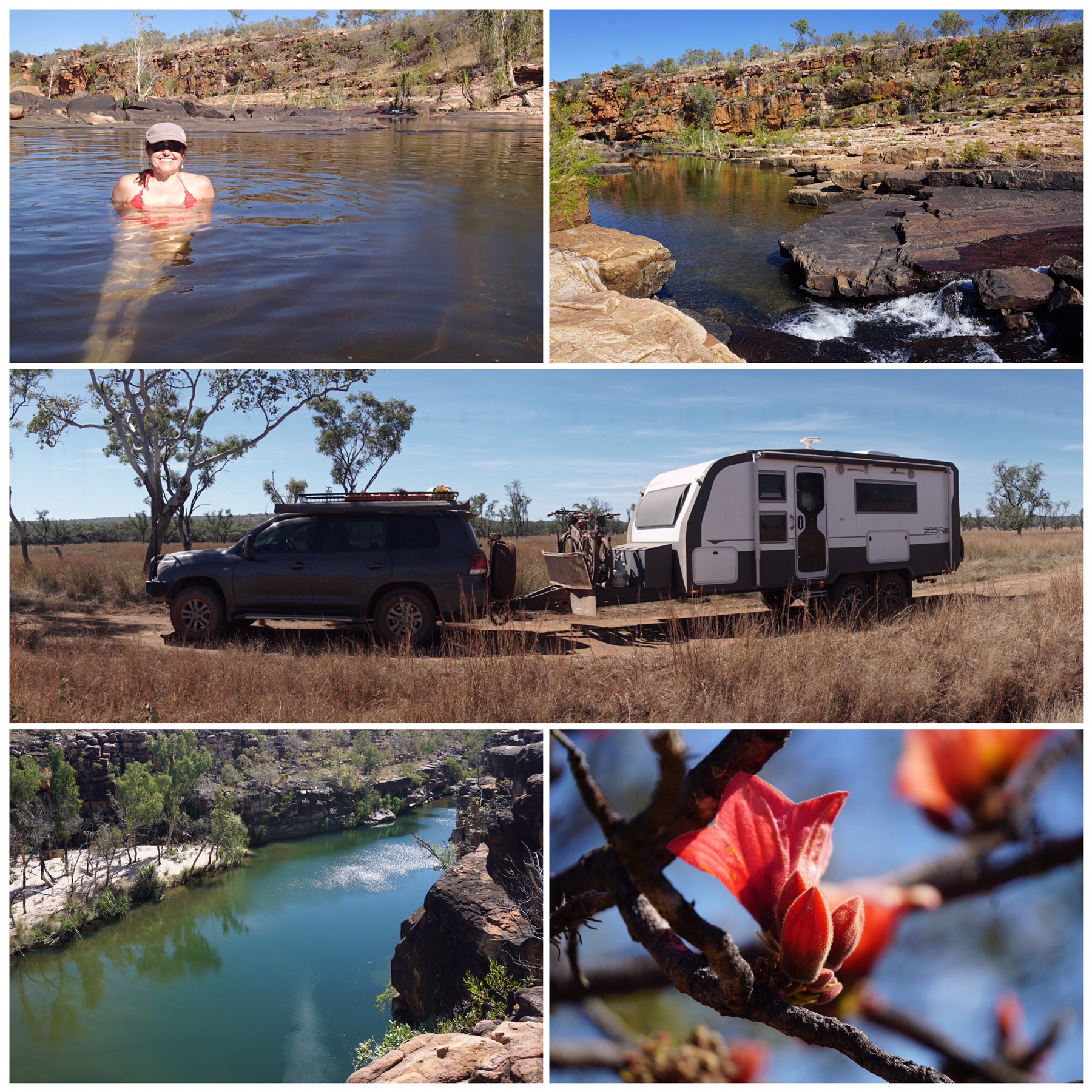 Reason: While other gorges in the Kimberly such as El Questro, Emma Gorge, Bell Gorge, Mitchell Falls are definitely up there, and certainly we enjoyed hiking up them and swimming in the waters, Barnett River Gorge stands out for us because it was so peaceful. We arrived just as a tag along tour of backpackers was departing and enjoyed the whole afternoon just the two of us, relaxing in the cooling waters and watching a massive saltwater crocodile cruising up the deeper section from a lookout. Some great memories there. There are no signs off the main road to reach this, you just have to trust in Google Maps directing you down a dirt track through dusty dry grassland. 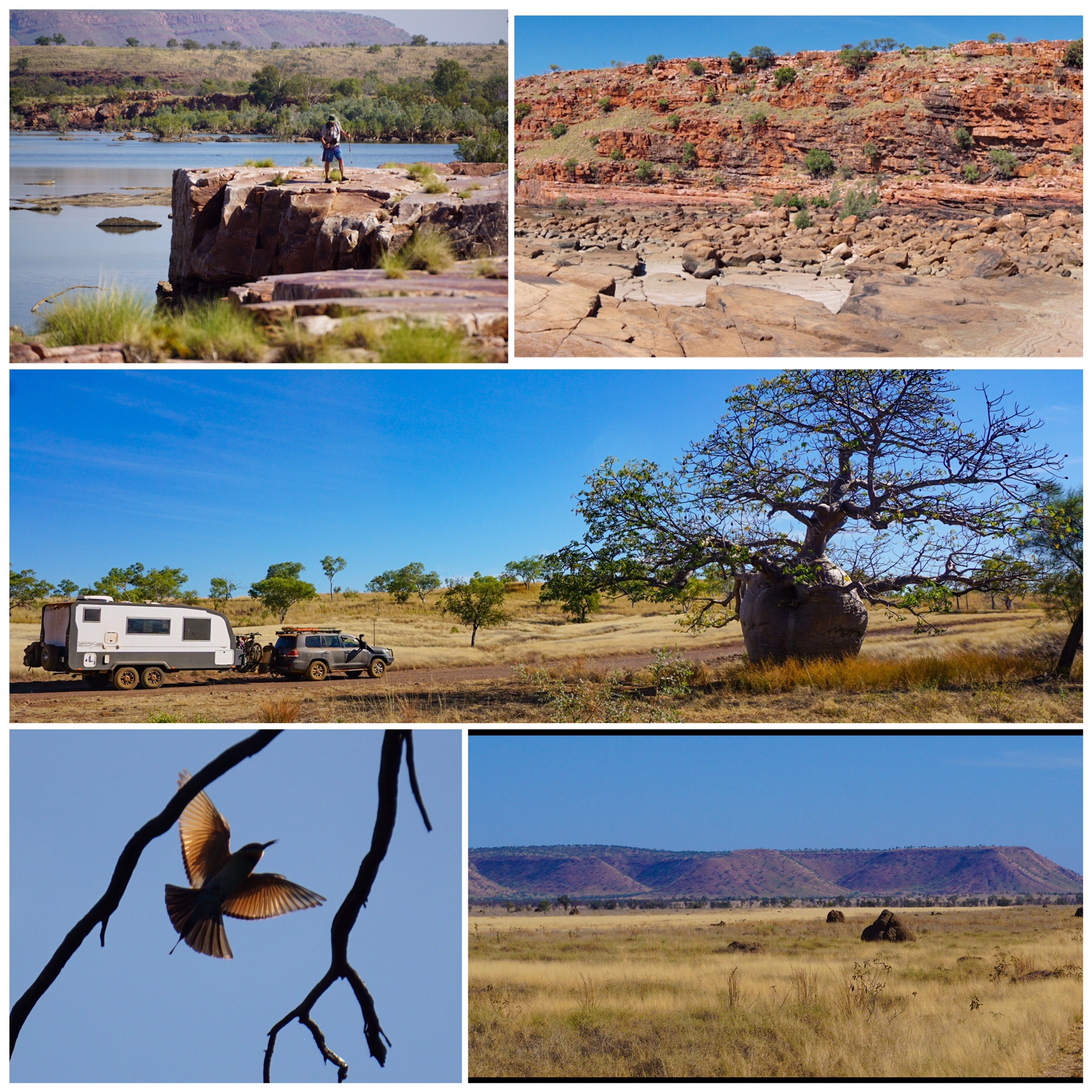 Reason: Again, in contrast to other locations along the Gibb, this was so quiet and unspoilt by crowds. We had booked this way in advance and after changing our dates around, thought we had lost our booking here. Fortunately they still had us in the schedule and allowed us to head on down. It is run by the Wilderness Society and restricted to a maximum of 30 campers or caravans on the whole property. Much of the time it was just the two of us, and we had an awesome day paddling down Diamond Gorge on our inflatable kayaks, and there were many birds to be seen. It was a fabulous learning experience in a spectacular location. 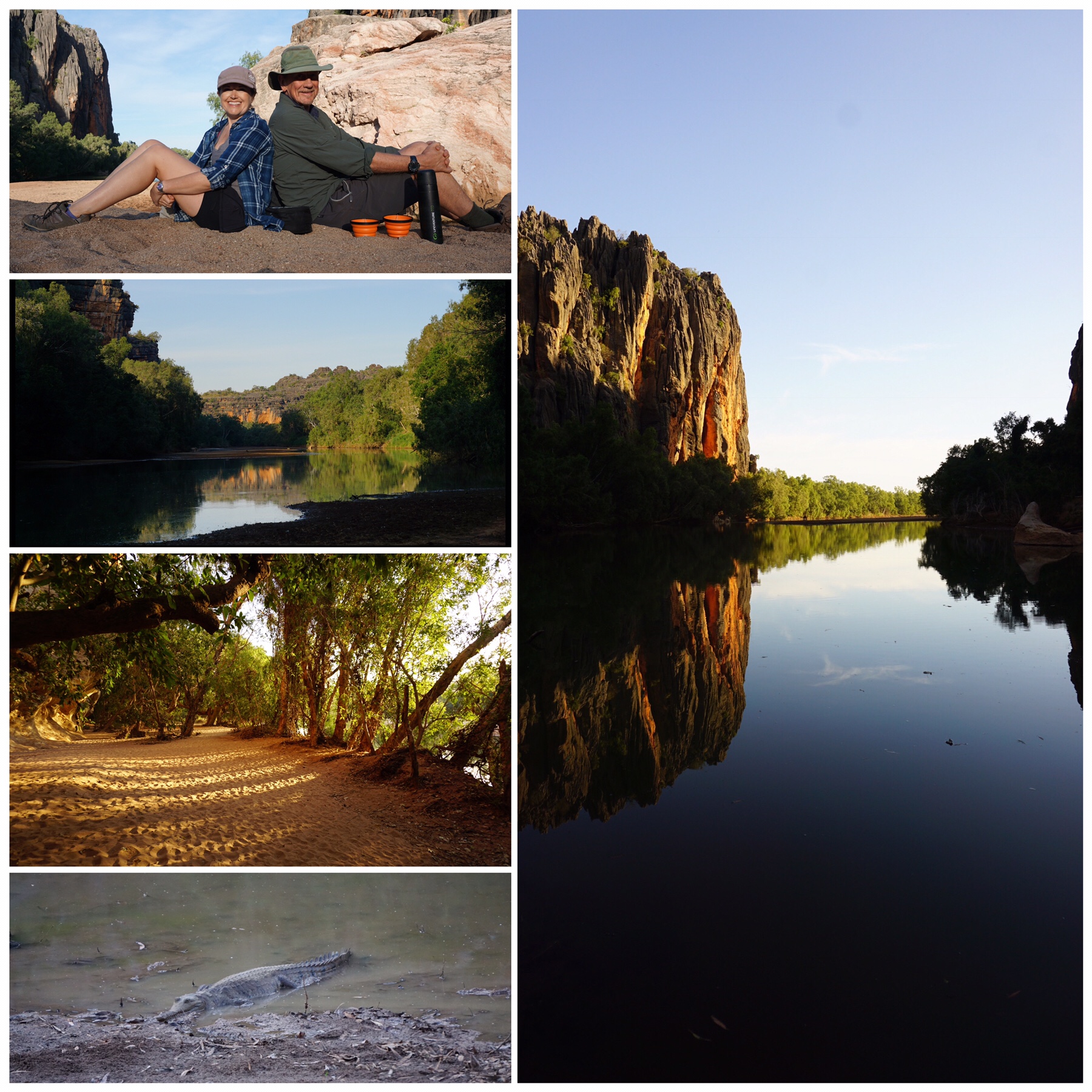 Reason: We arrived here with low expectations. Windjama can be reached without travelling down the Gibb River Road and does not require a 4WD. We thought it would be full of people and overcrowded like many other places, but although the campground did get busy, it was not crowded in the gorge itself. We hiked into the gorge through a crack in the rock late afternoon and were bowled over by the incredible light. It has a feeling of power and spirituality, somewhat like walking into a grand cathedral, the walls towering overhead and the late afternoon sunlight reflecting off the sandstone. The feeling we had when first entering was renewed the following morning when we hiked in with our breakfast and a flask of tea. This is a very special place.

5. The Horizontal Falls – The Kimberley, flight out of Derby, Western Australia 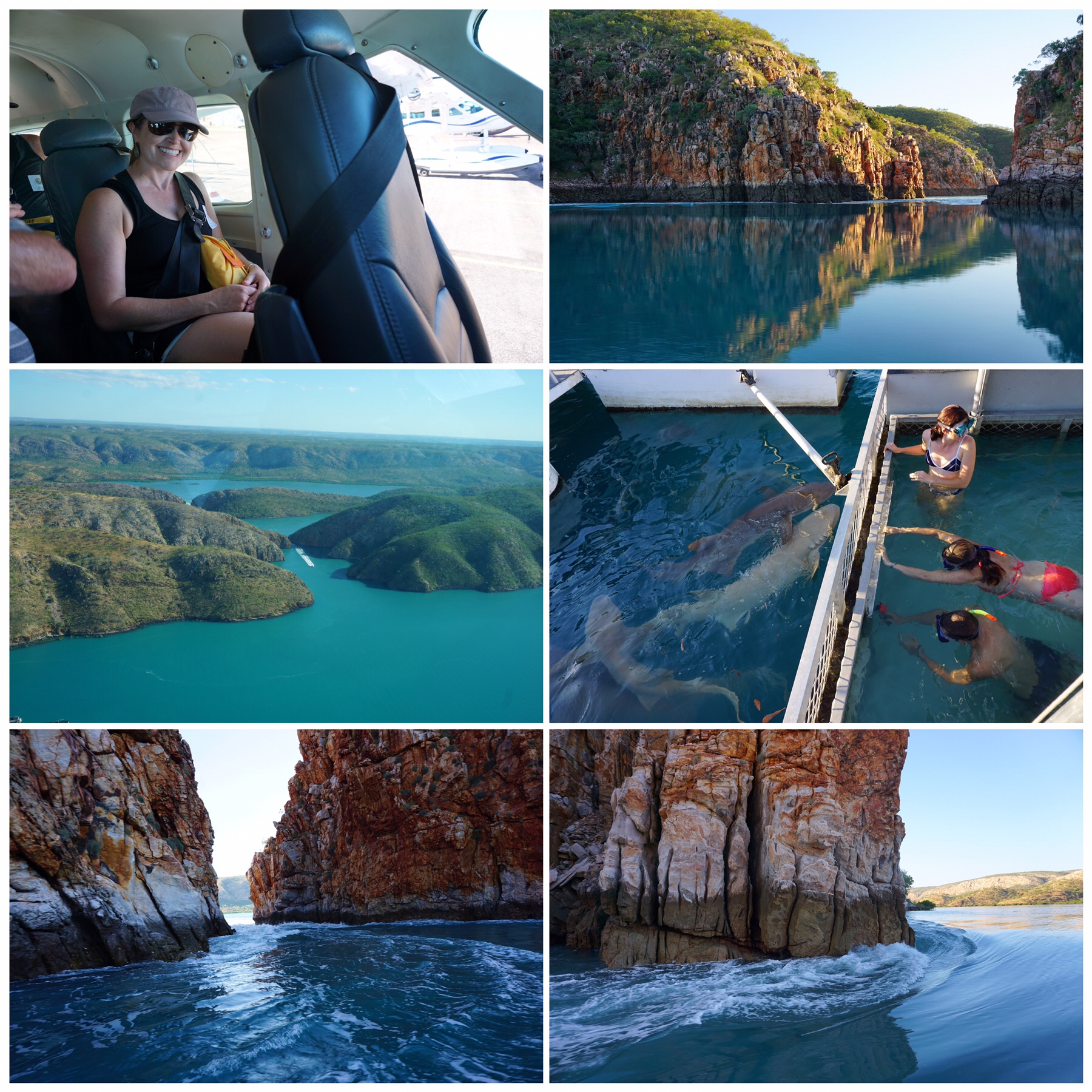 Reason: What an adventure this was! We had originally just booked a day trip, but everyone we met along our travels told us to stay at least one night, and so we did. Definitely to be recommended! We flew from a tiny airport near Derby across to the top of the Kimberley, landing on the water near our boat. The warm waters there are not friendly for swimming in, full of dangerous saltwater crocodiles and sharks. But we stayed mostly dry (other than my snorkelling with the Tawny Sharks) and leaped on board a smaller boat to whizz through the flooded bays and observe the waters rushing out with the tide. Definitely a location not to be missed! This trip ended with me in the emergency room at the Derby Hospital (you’ll have to read the blog for that story!) but that didn’t spoil my memories!

We’ll be back in day or so with the next five best locations…it’s taking some debating on what to include and what to leave out – we have done so much!

Where to find these locations: 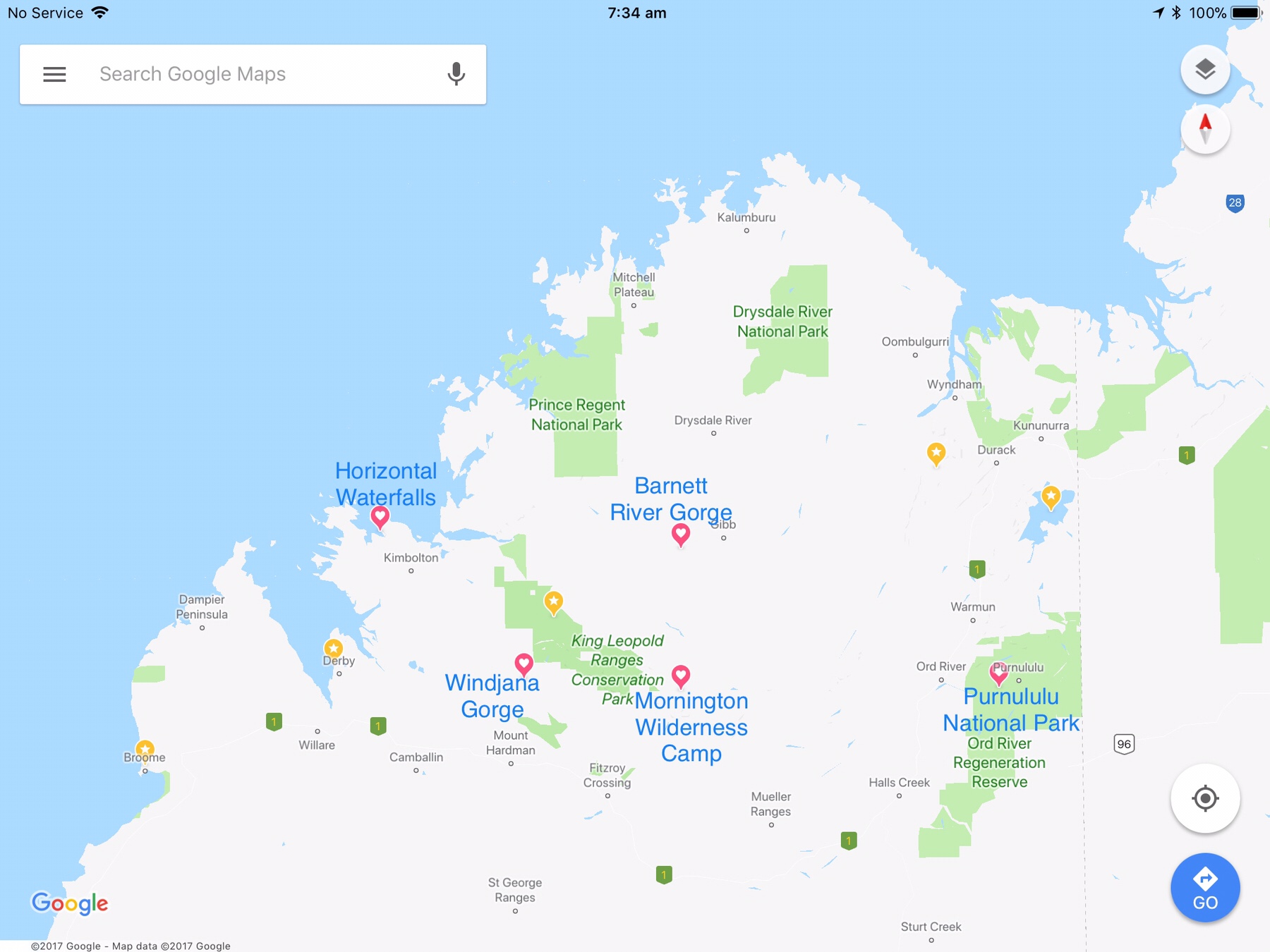 3 Replies to “The top five spots in The Kimberley”