With the sun shining and the wind eased it was time to fire up the BBQ for an egg and bacon sandwich, always a good start to the day. I was then caught on camera like this: 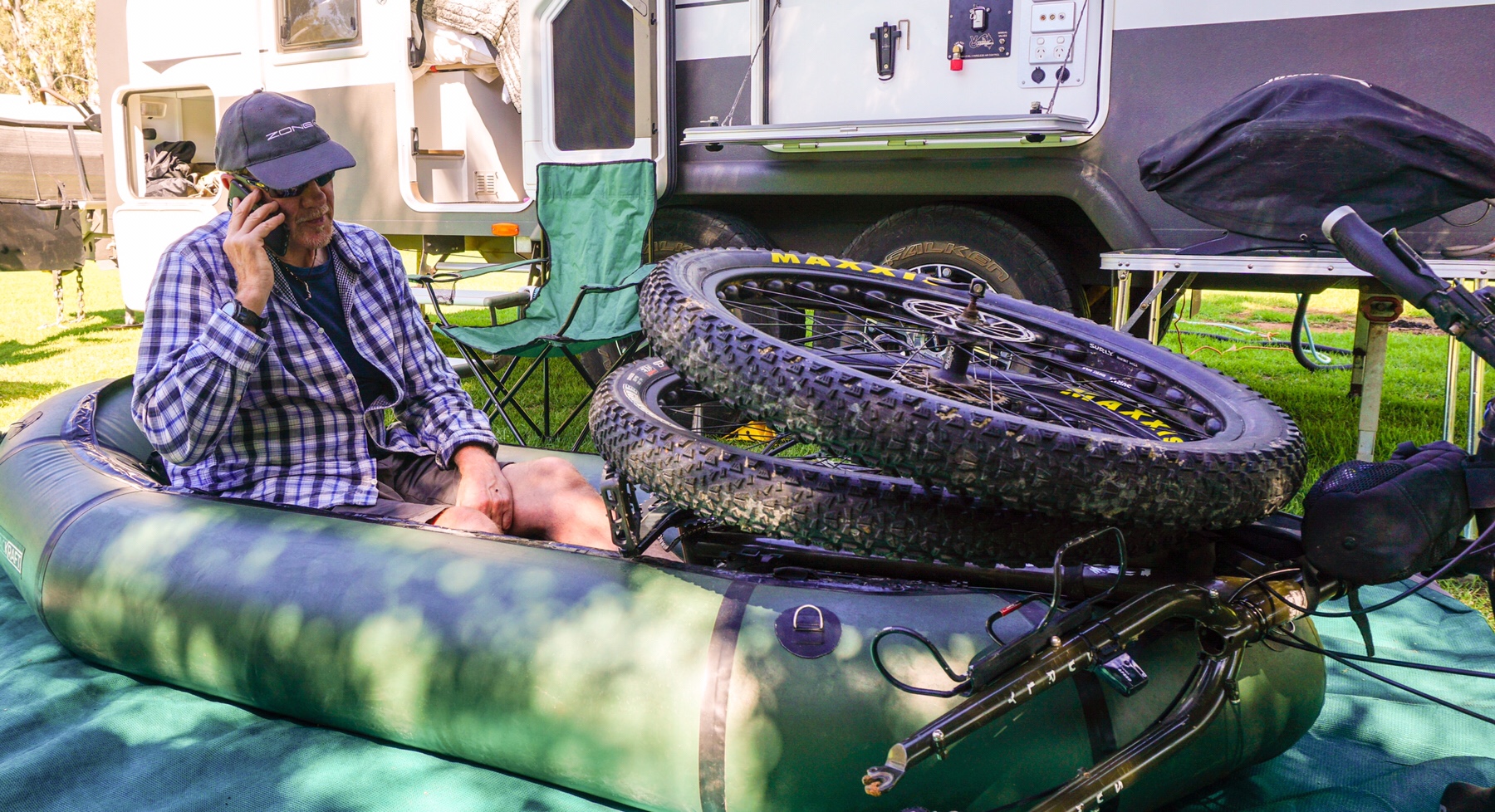 Let me explain in my defence, I had been wondering, in idle movements (of which there had been a few), if I could get my bike on the packraft, thereby opening up more route possibilities. I’m not convinced yet.

We planned to explore around Balranold on our bikes, and headed from our to campsite on the Murrumbidgee River into town. We saw a suspension bridge leading across the water and into the woods. That had our name on it.

We were immediately immersed in the forest, towering river red gums dominated the landscape. Small flocks of parrots scattered as we rode through this magnificent scenery. We were heading into Yanga National Park to see a historic woolshed, and had a short bit of deserted tarmac to ride down on the way.

There was not a car in sight, until Catherine screamed as a four wheel drive towing a caravan sped right past her shoulder at 80km/hr. The vehicle immediately slowed down and turned off towards the woolshed. The driver had to decrease speed to turn the corner but chose to not slow down before overtaking us. He clearly had no thought to what its like to have several tons of steel fly past that close.

When we arrived at the car park the guy was there. I told him what a fright he had given Catherine, and got a mouthful of abuse back. Lovely man…he said he couldn’t care less. I can see why cycling participation continues to decline in Australia with this type of ignorance and selfishness amongst a seemingly significant proportion of the driving population. 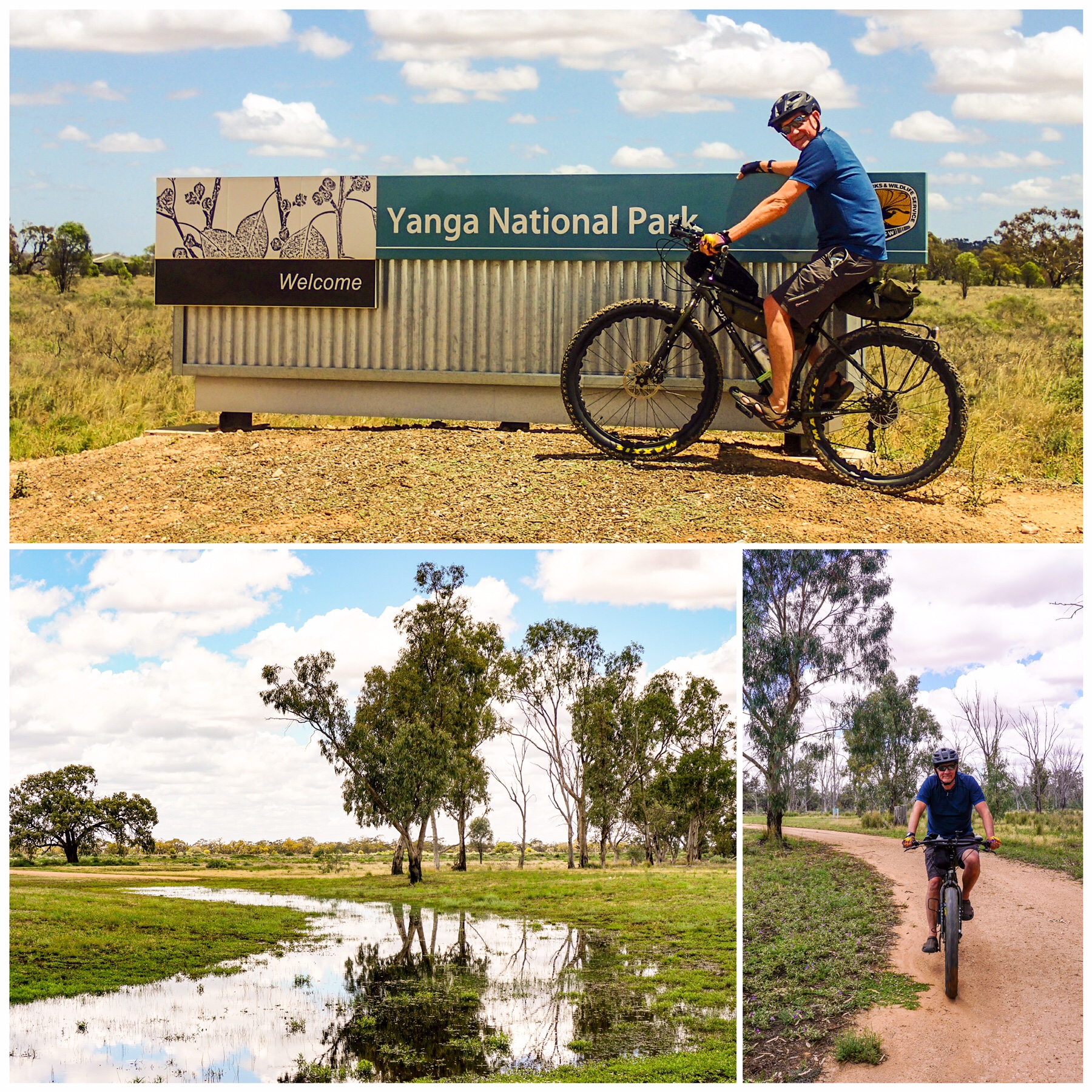 We explored the woolshed buildings which operated until 2005 and are now a museum. These buildings hosted a number of B&S balls in their time (bachelor and spinster parties), and employed numerous locals involved in shearing the 5,000 sheep here three weeks each year. 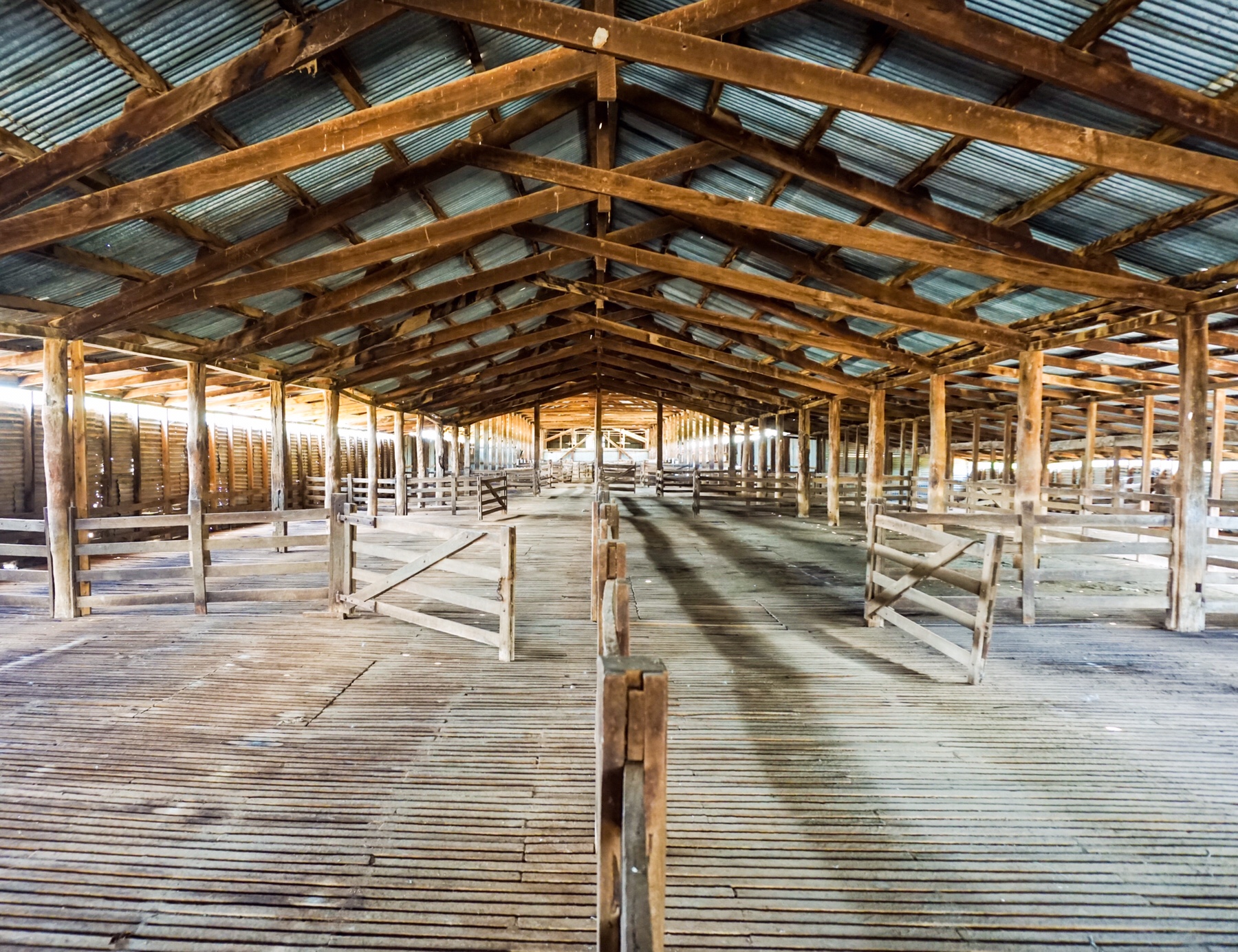 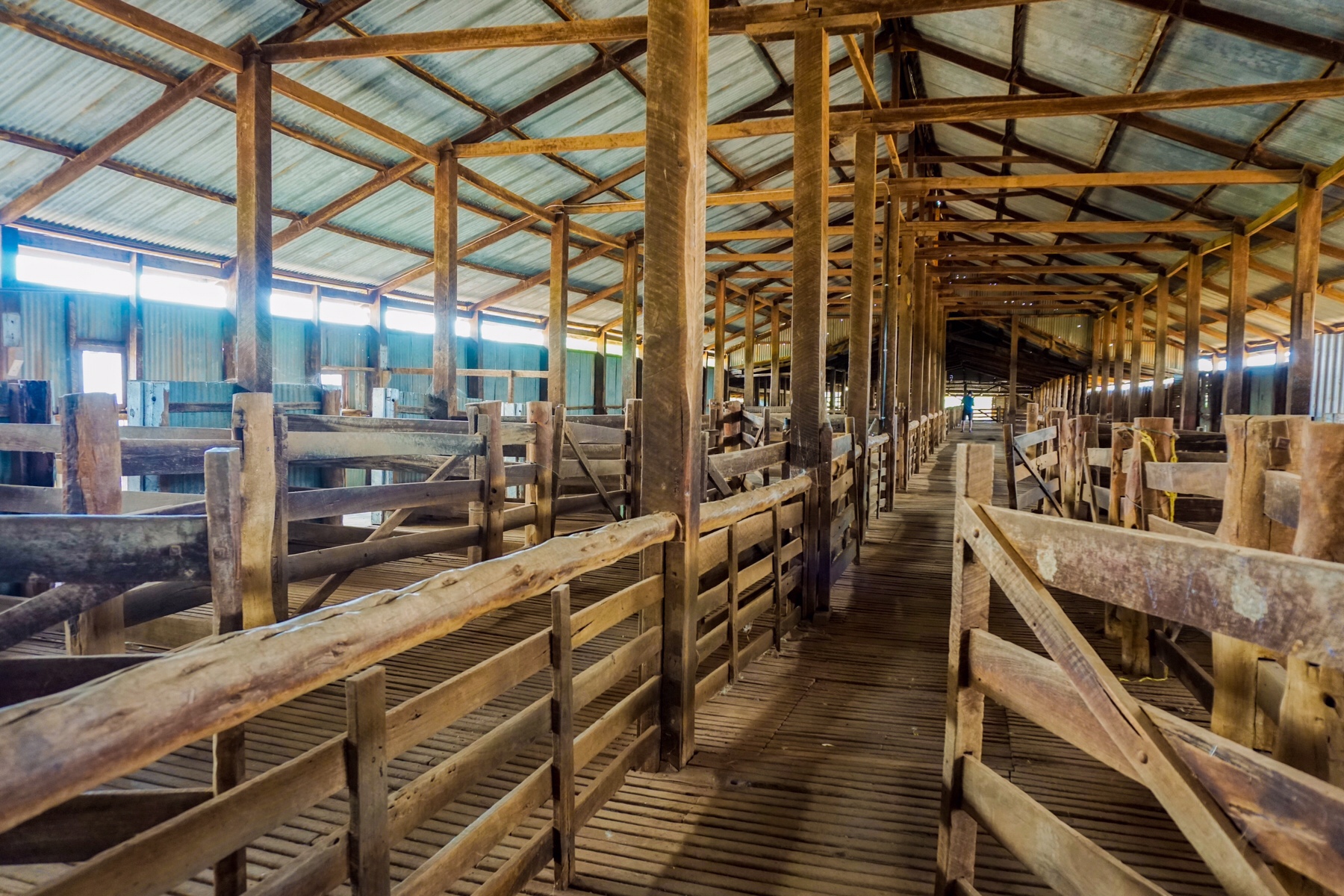 I was particularly intrigued by the explanation of how Balranold was at the heart of such an extensive river transport network reaching right across the southern part of Australia. Apparently 5,300km of navigable river was utilised when the water was up. 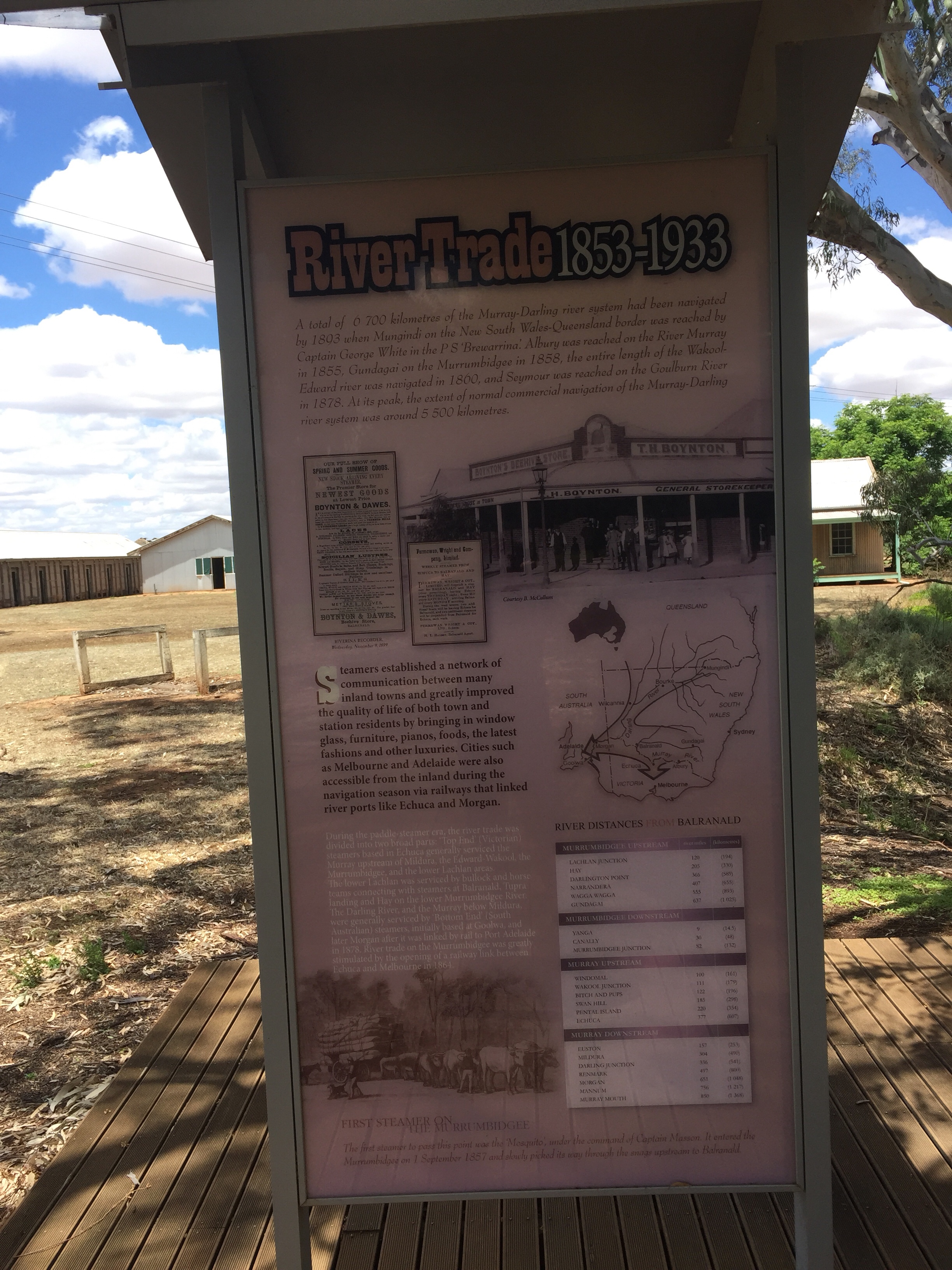 Now the rivers are so quiet, in four days camped by the Murray we saw three tinnies and a houseboat.

Catherine, navigator extraordinaire (I struggle to read my phone in the sun!), found a completely off the bitumen route back to camp. Riding through one particularly muddy stretch I heard a squeal behind me….oops: 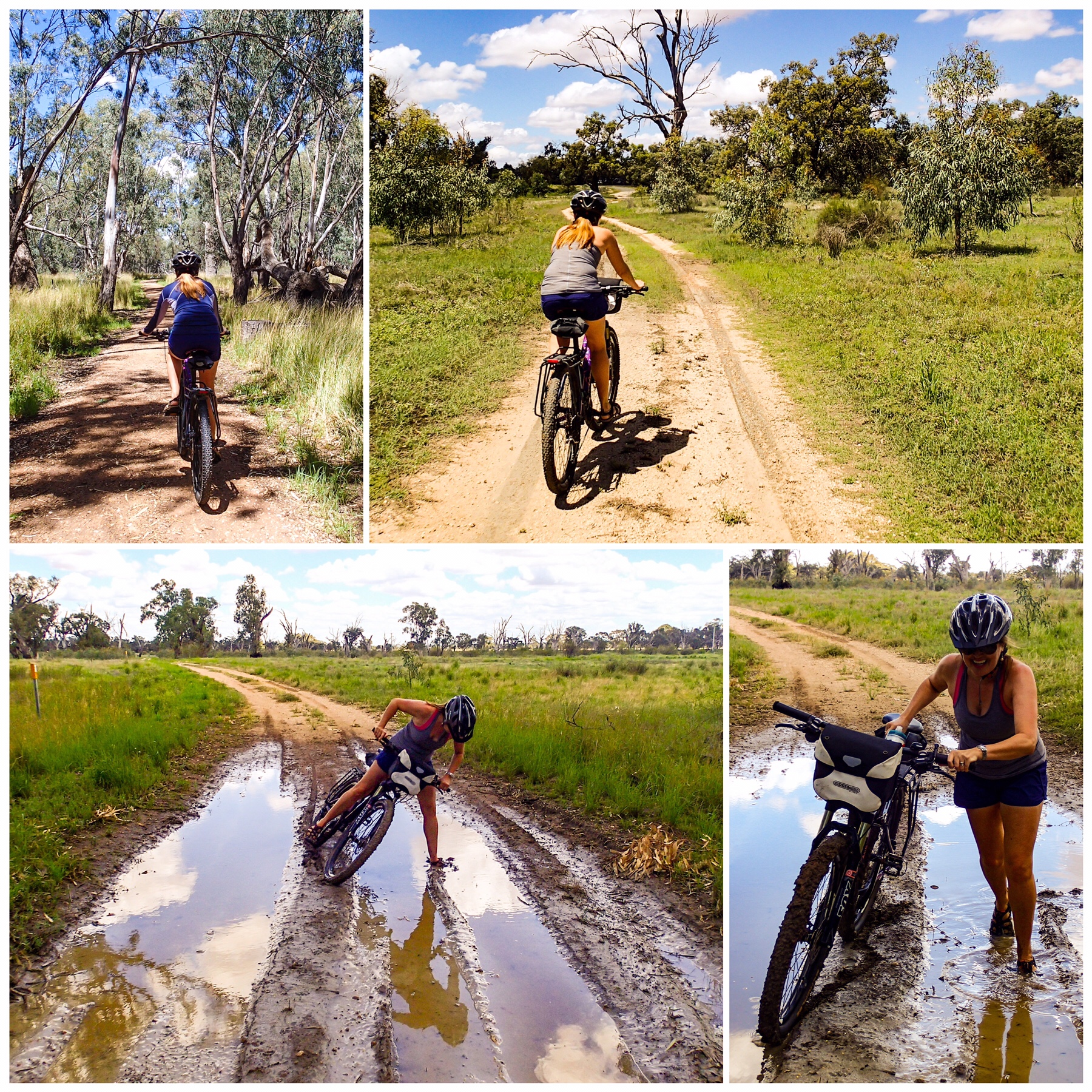 We arrived back at camp to find Miss Tasmania enjoying the sun and ready for another sniff around the campsite. She had a big walk this morning with Catherine again. It just makes me smile every day to see how willing she is to explore the bushier camps like this one.

The BBQ was fired up again for lunch – well if you’re going to get it out you might as well use it, is my philosophy. Toasties with cheese, onion and tomato went down a treat after our ride.

A quiet afternoon for both us, painting for Mrs A, sleep of course for the small furry one, and reading for me. 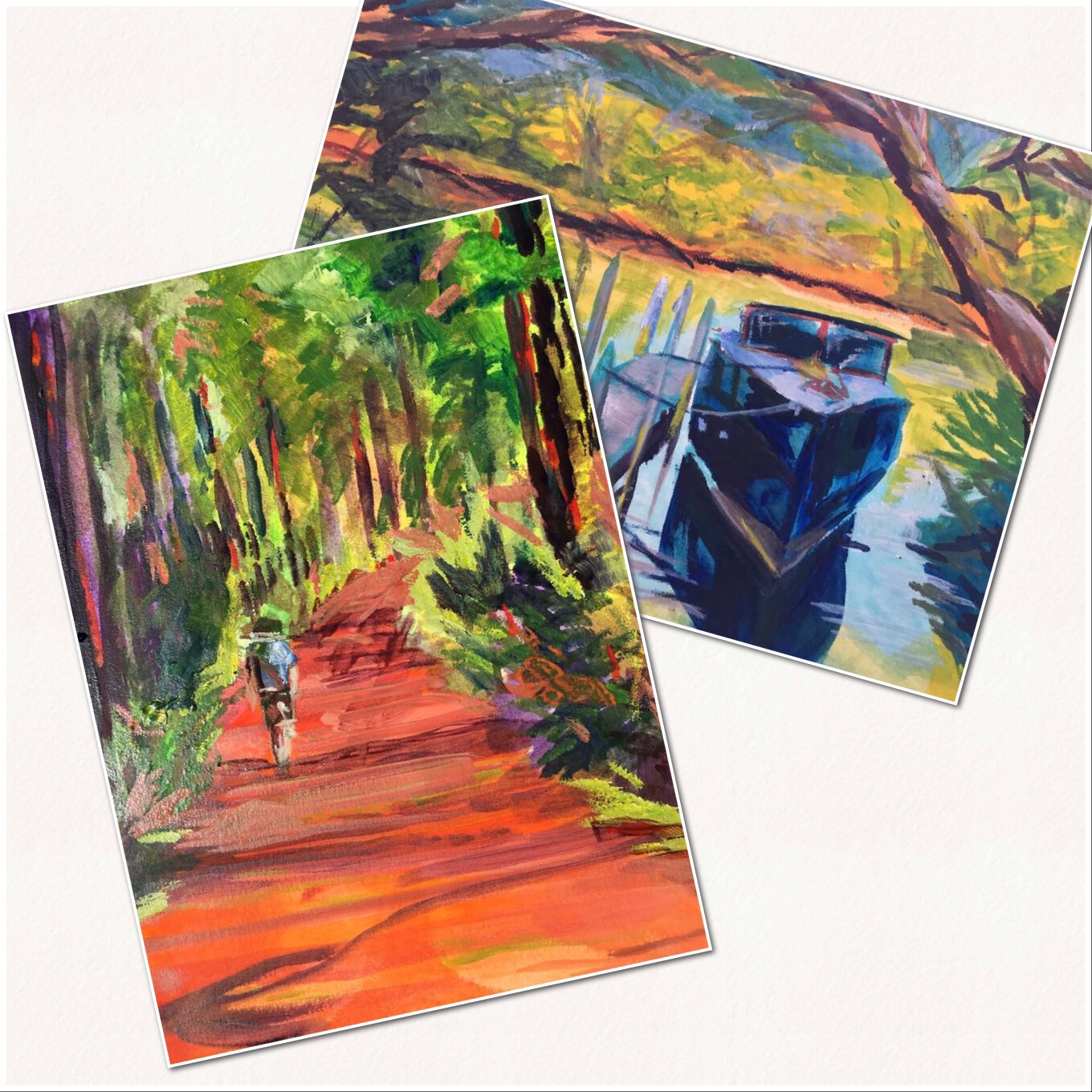 I’m loving a book by a Dutch historian Rutger Brekman, who we had heard on a podcast and both really enjoyed. He has collected together a bunch of research on social experiments that were tried in the US, Canada and the UK to see what would happen if we just gave money to the poor (with no strings attached) rather than set up an elaborate system of welfare with all the costs that go with overseeing and managing that bureaucracy. It’s fascinating and counter intuitive in some ways. All of the initiatives paid for themselves because when given money, and left to their own devices, the “poor” didn’t just quit work and spend it on booze and gambling, as many on the political right would think, but instead mostly carried on working, but changed jobs to follow their passion, spent more time with their kids, and generally made better decisions about their lives. Their health improved, their children’s educational success increased, crime went down, these social experiments showed incredible ROI.

Hard to believe? I’m now looking at the original research and it looks all genuine, Brekman’s theory is that when you’re poor, you make poor short terms decisions, because you don’t have the mental bandwidth to look longer term – you’re so focused on getting through the day/week. So remove that money problem, and people will make better choices without being forced to and without being monitored by an expensive state apparatus. Interesting I thought…

Anyway…that was my thought for the day. Dinner was taken at the local Ex-Services Memorial Club. That was interesting as well! Take the wine list for example…: 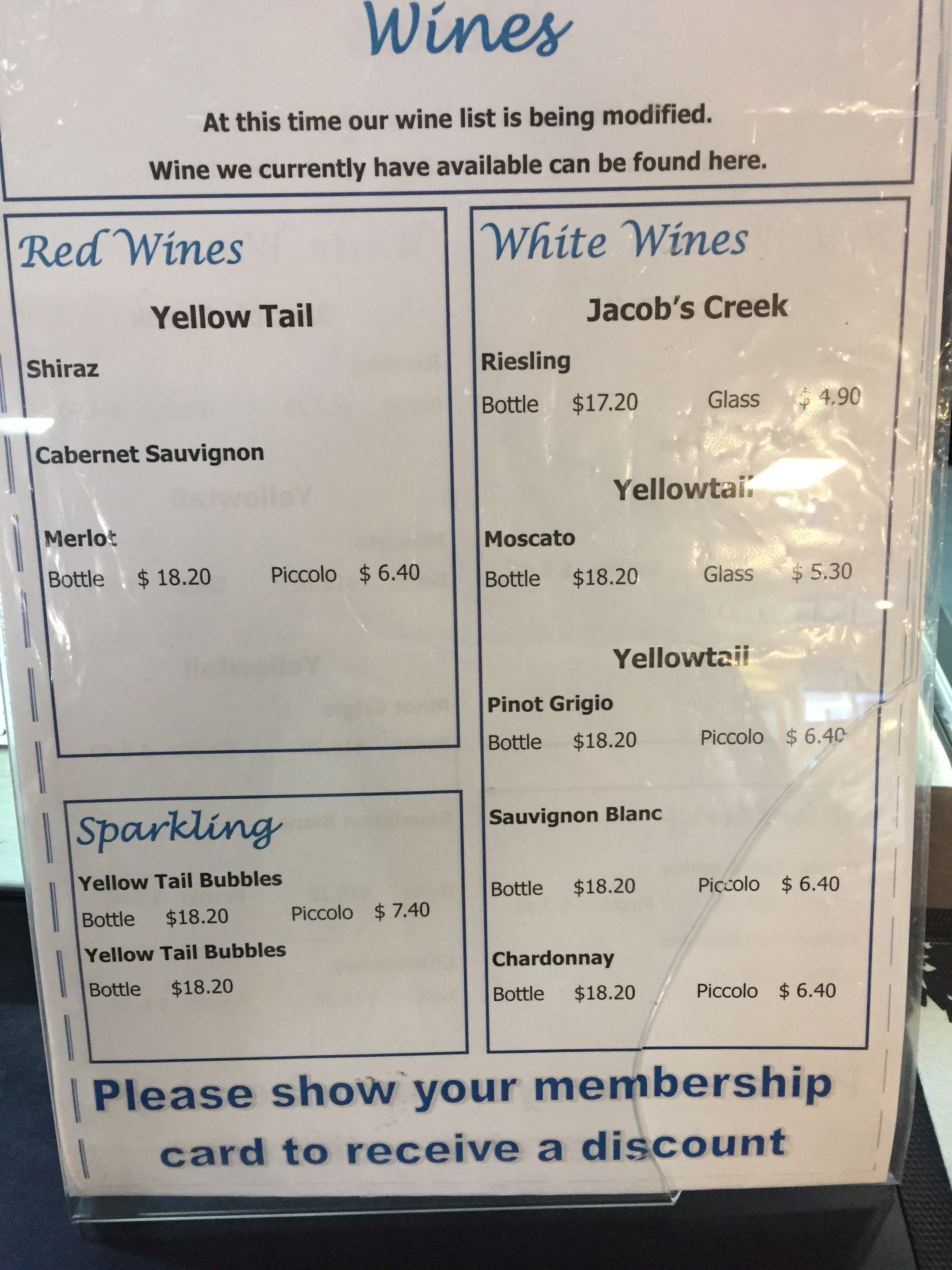 Now…we are in the middle of the Riverina, one of the great wine producing regions of Australia. But apparently “the locals” don’t bother with wine much. Interestingly though, out of the four tables having dinner in the restaurant tonight, three were drinking wine. So don’t they really want a choice of good wine? Or is it that someone can’t be bothered to offer it?

The ‘Asian style’ (as labelled) food was pretty average as well. The ‘Malaysian style chicken’ bearing no resemblance to any Malaysian food I’ve ever eaten. Ah well…we’ve had some good food at RSLs (Returned and Services League Clubs) in the past. Balranold’s one I would steer clear of.

The short walk home as sun set by the serene Murrumbidgee River was a perfect end to another great day. 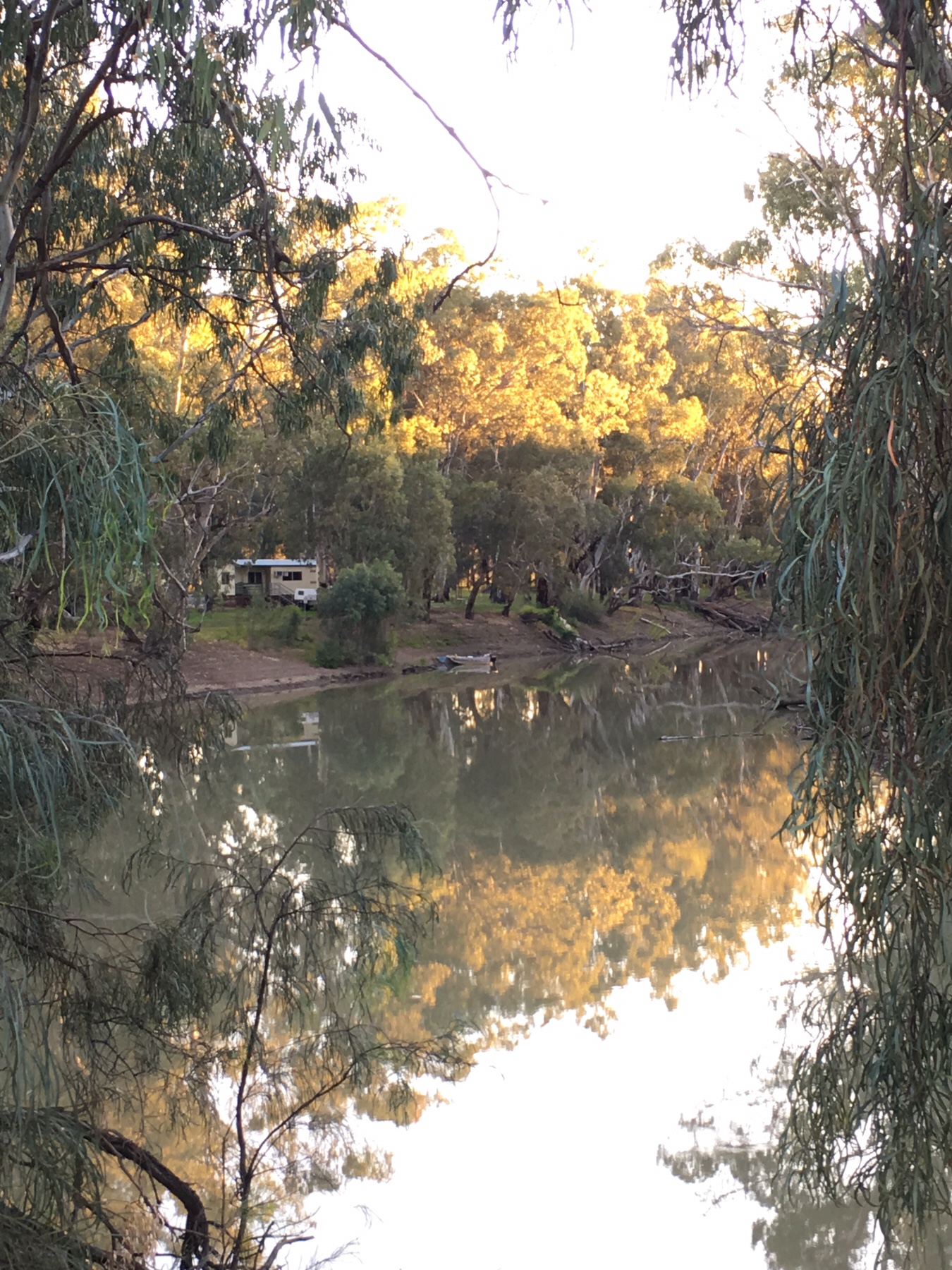