A warm day was promised with blue skies overhead as the morning dawned. We decided to pop on the air conditioning to ensure Tassie was kept comfortable as the temperature climbed to the early 30s…she of course responded by hiding behind the pillows on the bed and snuggling down – there’s no pleasing some people!

Mr A decided to do an early morning cycle to try and get a handle of our surroundings, returning at 7.30am with a face of shock at the number of and steep angle of the hills around here! After several months of pretty flat cycling we suddenly feel like we are in the foothills of the French Alps!

We joined Kim for some breakfast of bacon and freshly laid eggs, before bringing Tassie out to the garden for an explore, the dogs safely locked away. She had a good stroll around and came face to face with her first chicken, which she didn’t think much of, before returning to the safety of the mobile apartment for a nap.

Next it was the dogs turn for some exercise, so we joined Kim on a stroll around the neighbourhood with Cooper and Riki. 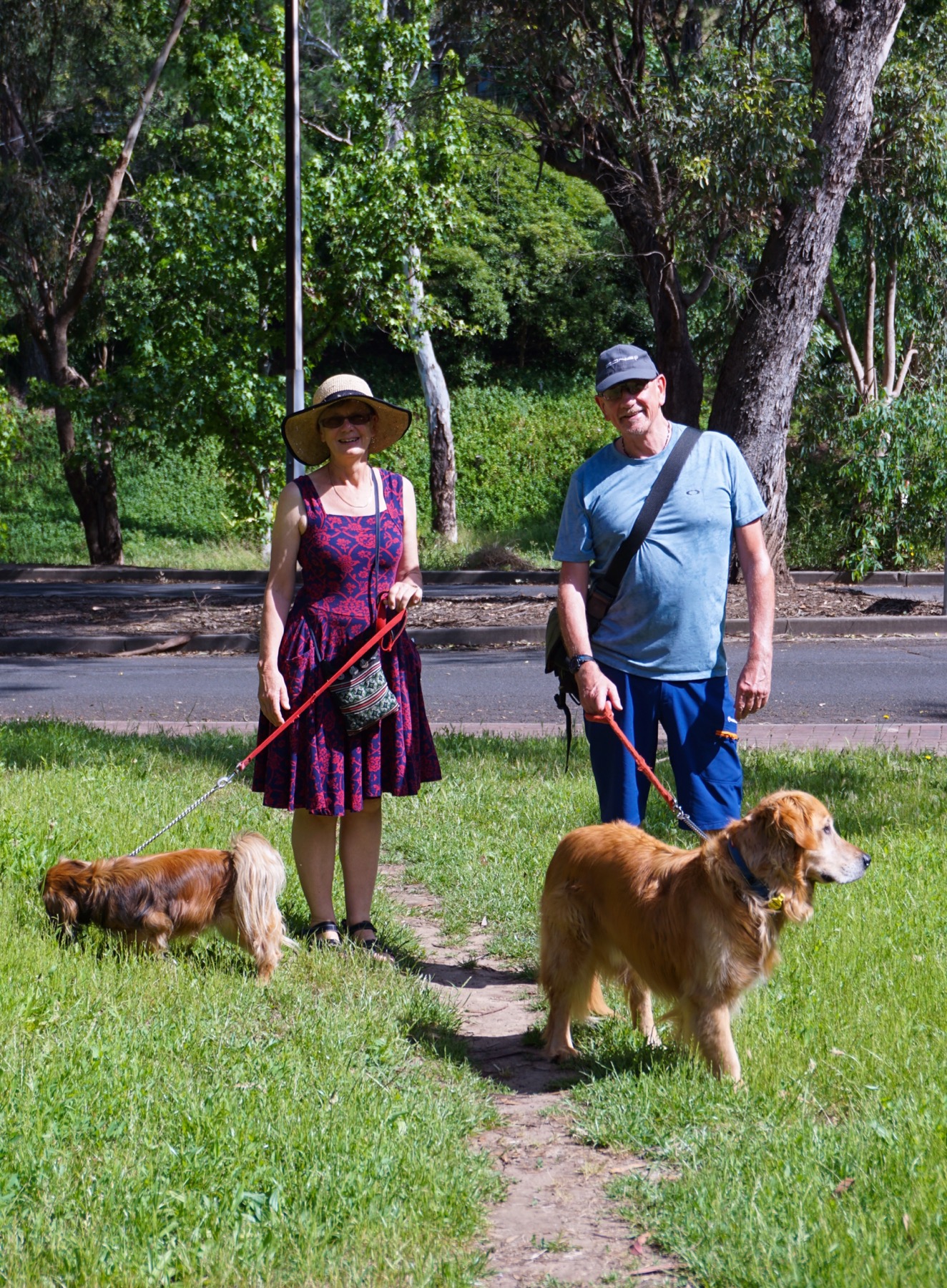 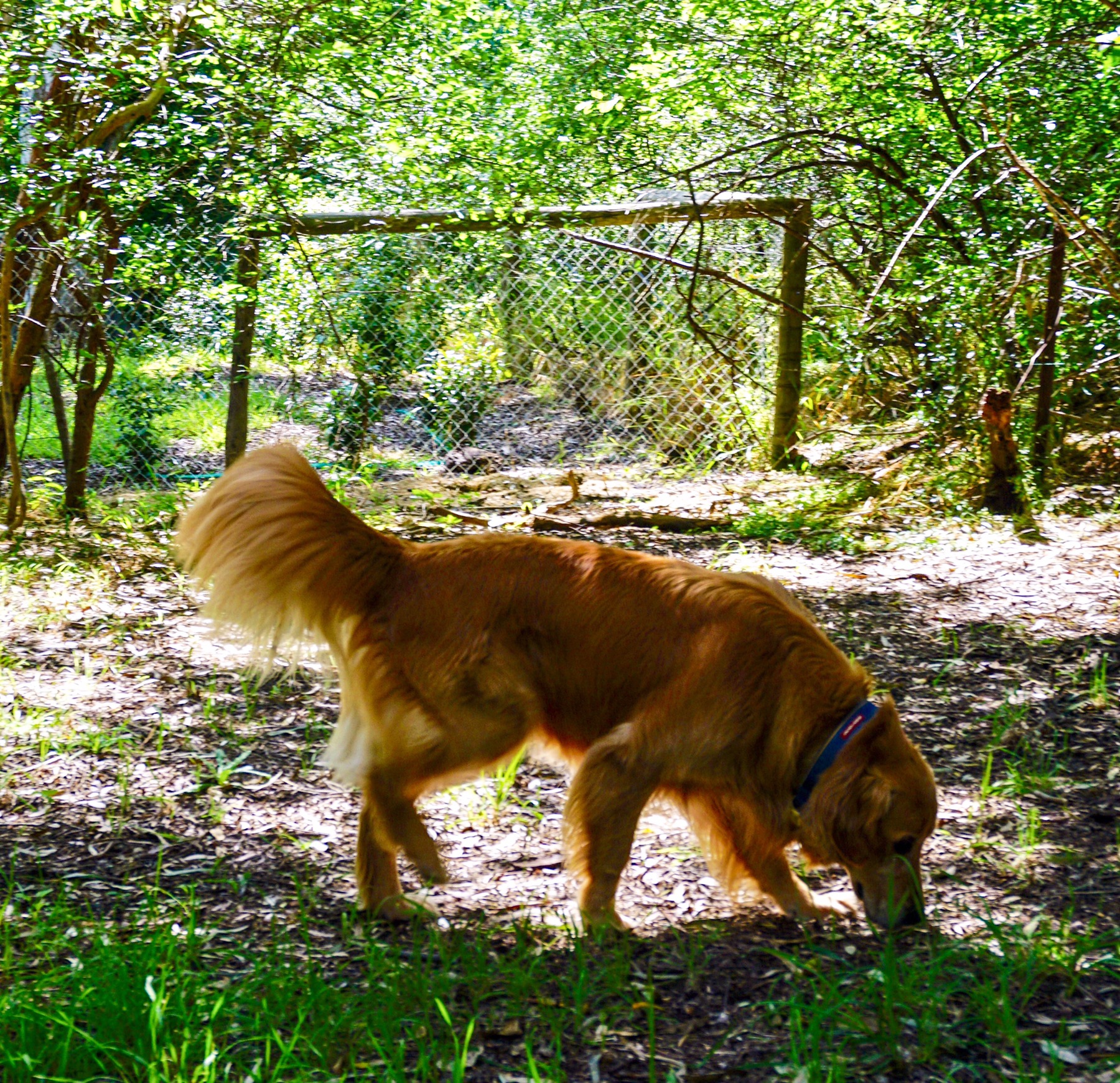 Mr A and I volunteered to pop down to the shops to buy a few supplies for tonight’s and tomorrow’s dinner, and Kim pointed us in the direction of her favourite supermarket. OMG. What initially was meant to be purchasing some fish, chicken thighs and a lime turned in to an almost $300 shop!!

What a fabulous supermarket – why there are not more of these (and why Adelaide deserves this one and not Sydney’s northern beaches, I don’t know!) in Australia, I have no idea, but Foodland Frewville really sets the bar. The fruit and vegetables are set out like art displays… 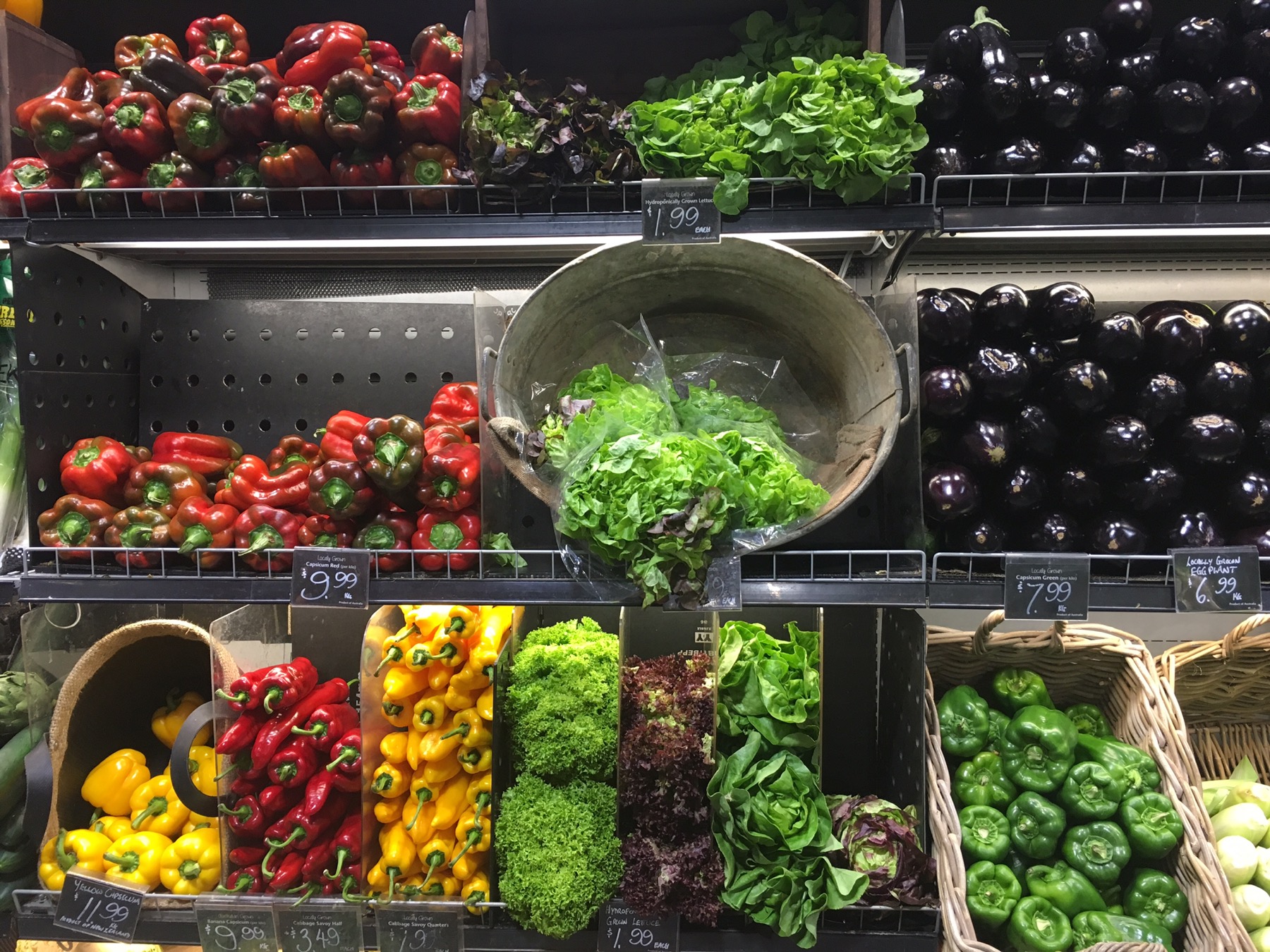 There is a breadbar instead of a bakery, with all sorts of goodies on sale – Mr A was like a kid in a sweet shop!He emerged with a caramel donut – to share with Kim over a cup of tea when we got back! 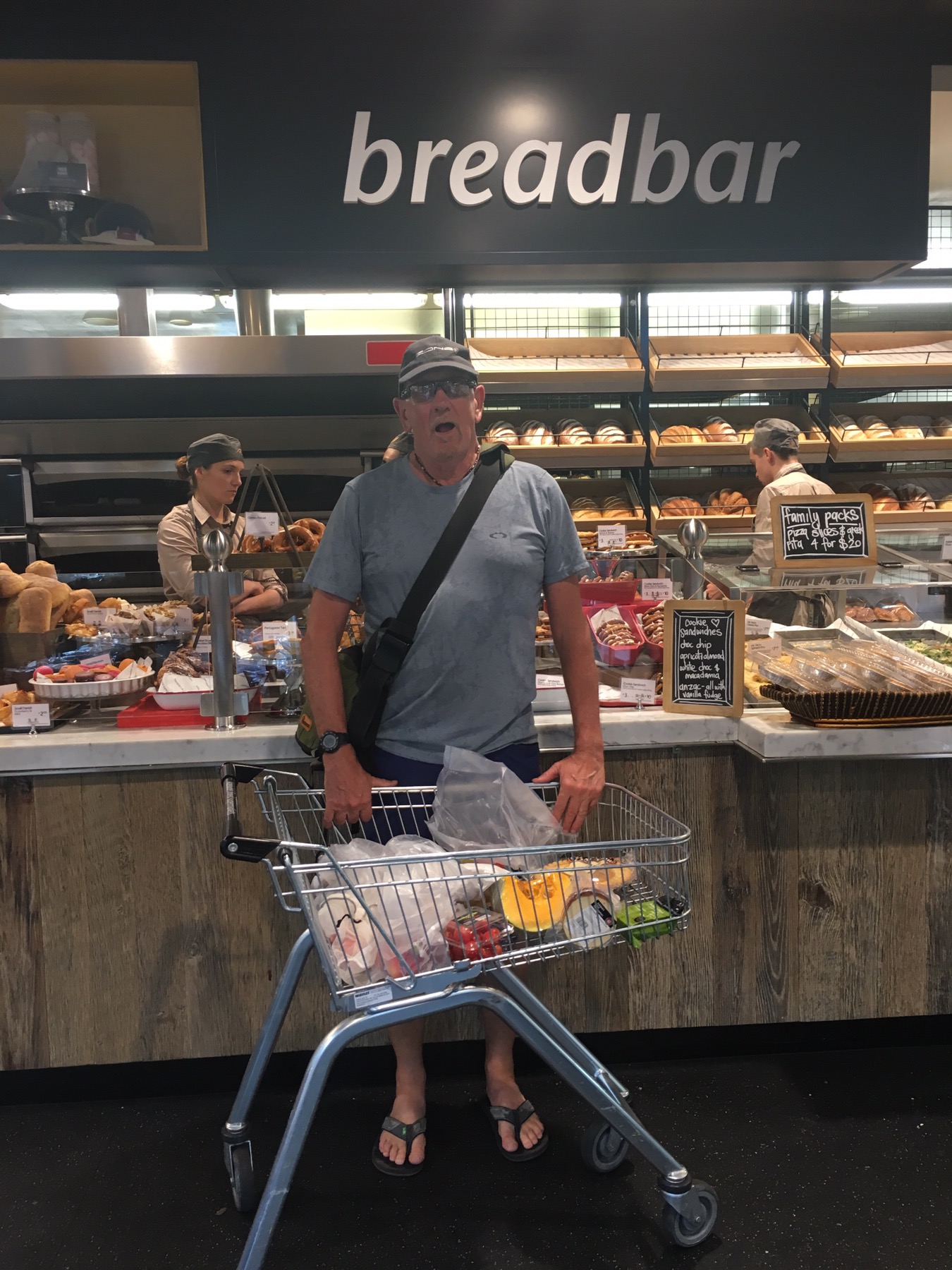 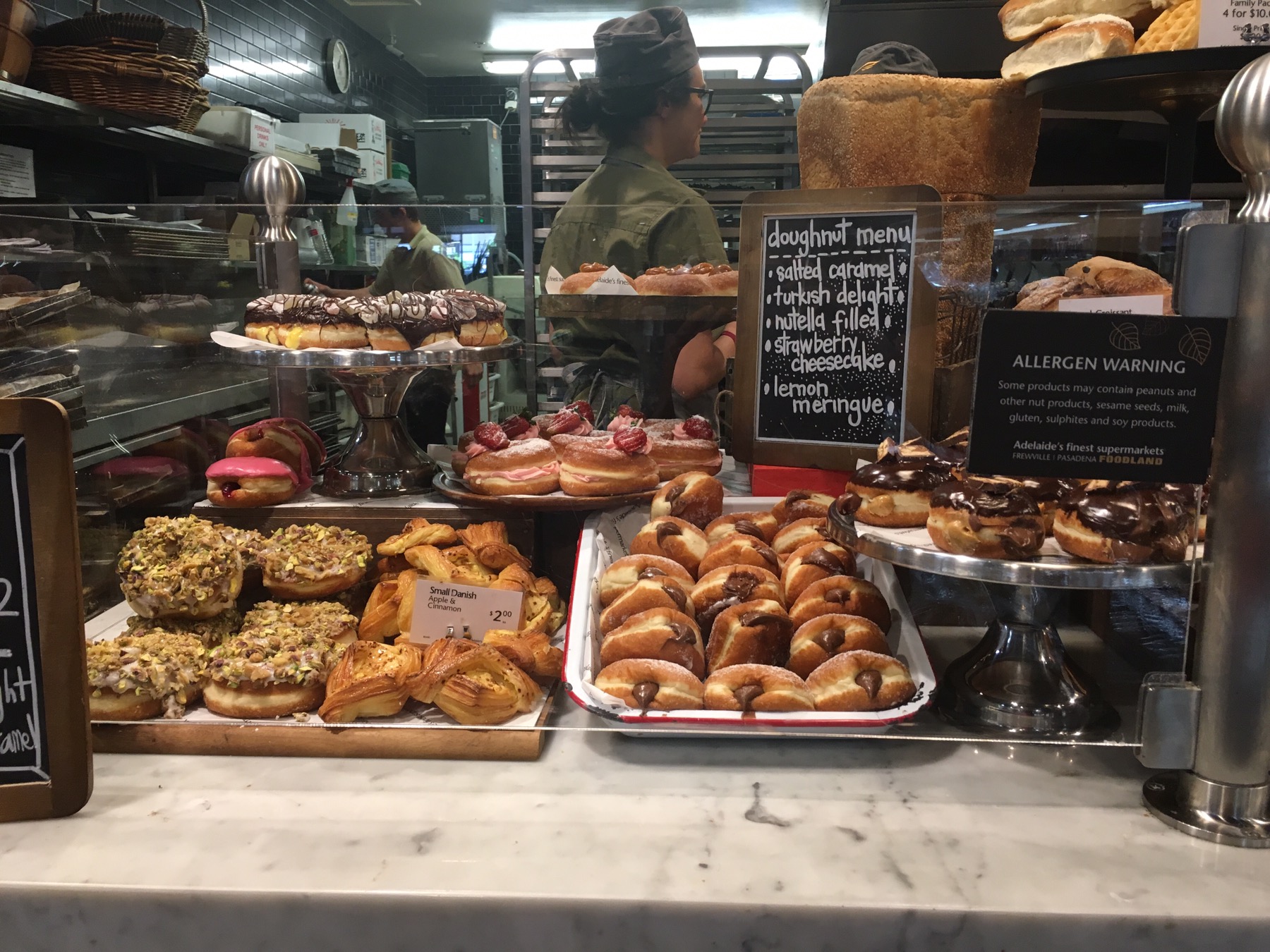 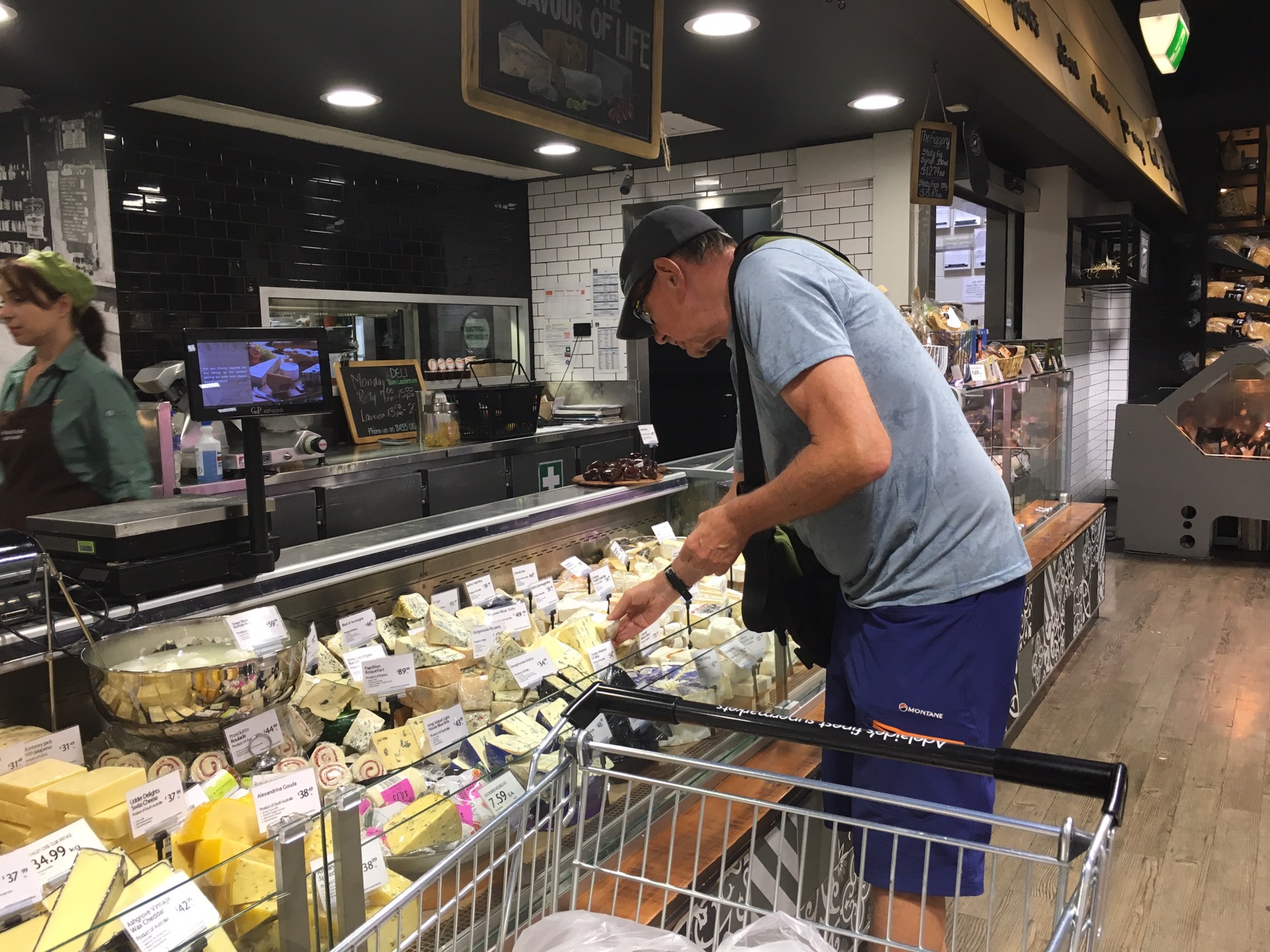 The Cheese was from all around Australia and the world – Mr A collected some washed rind sheep cheese from France and a bitey Stilton from England…after our journey through small town Australia, this was paradise.

We returned to unload our wares and Kim advised us there was some local wildlife up the road – in fact we probably strolled right under him on our return walk this morning. Yes, a young Koala chilling out in a eucalyptus tree… 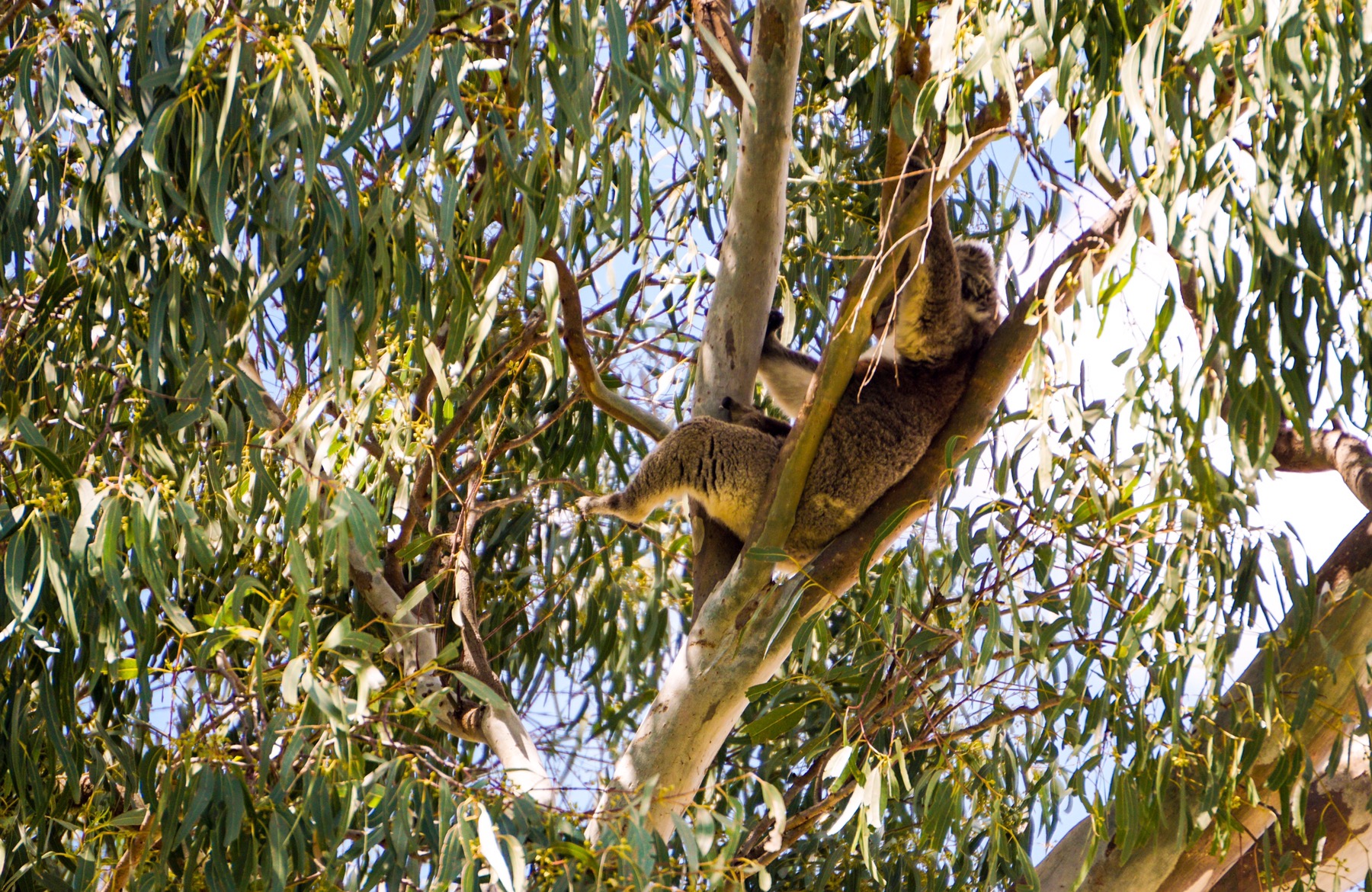 Kim and Mike’s garden is also a haven for birdlife, with parladotes nesting on their patio, honeyeaters in the bottlebrush flowers, and pink and grey galahs looking down on us. Just a little paradise. 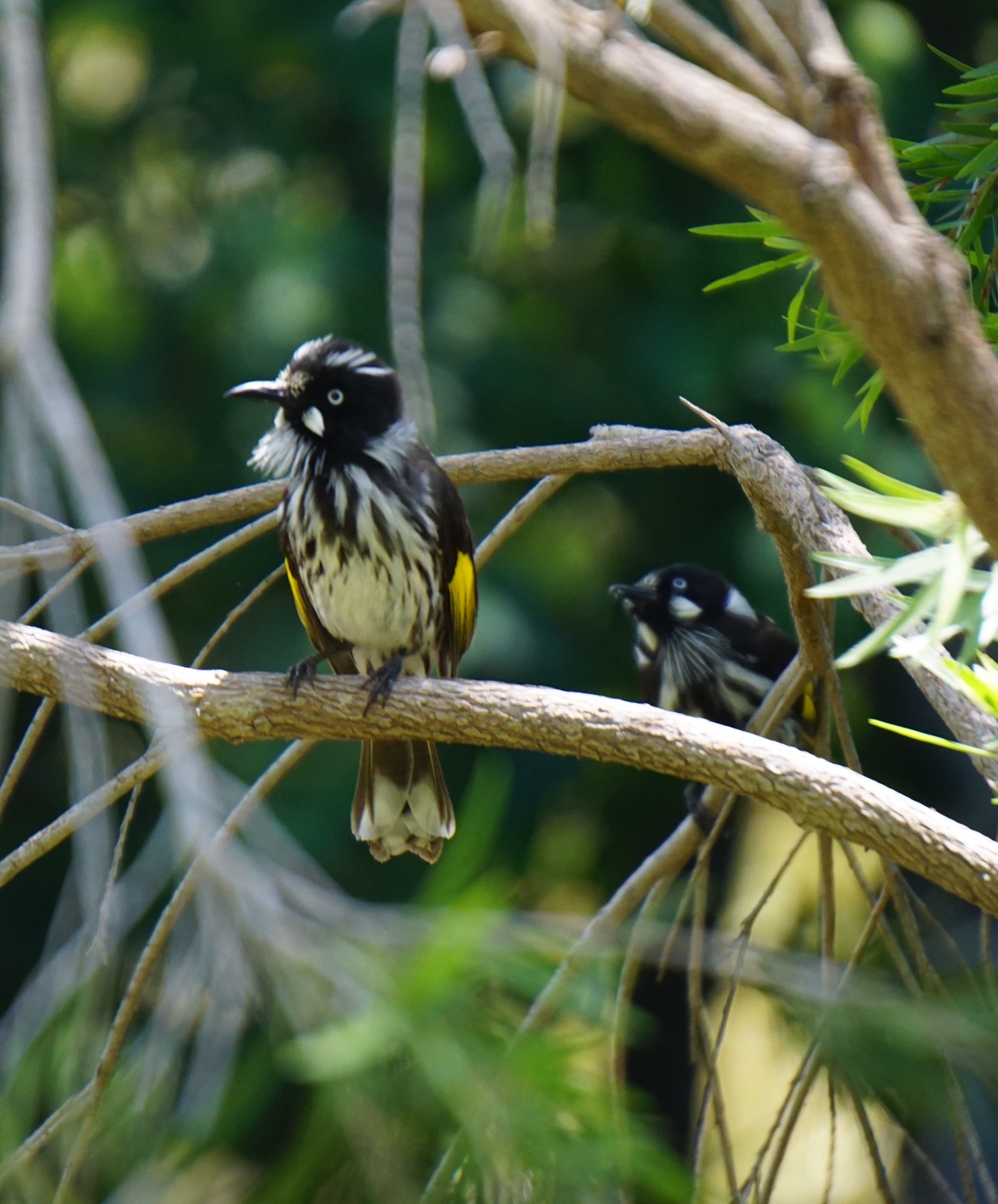 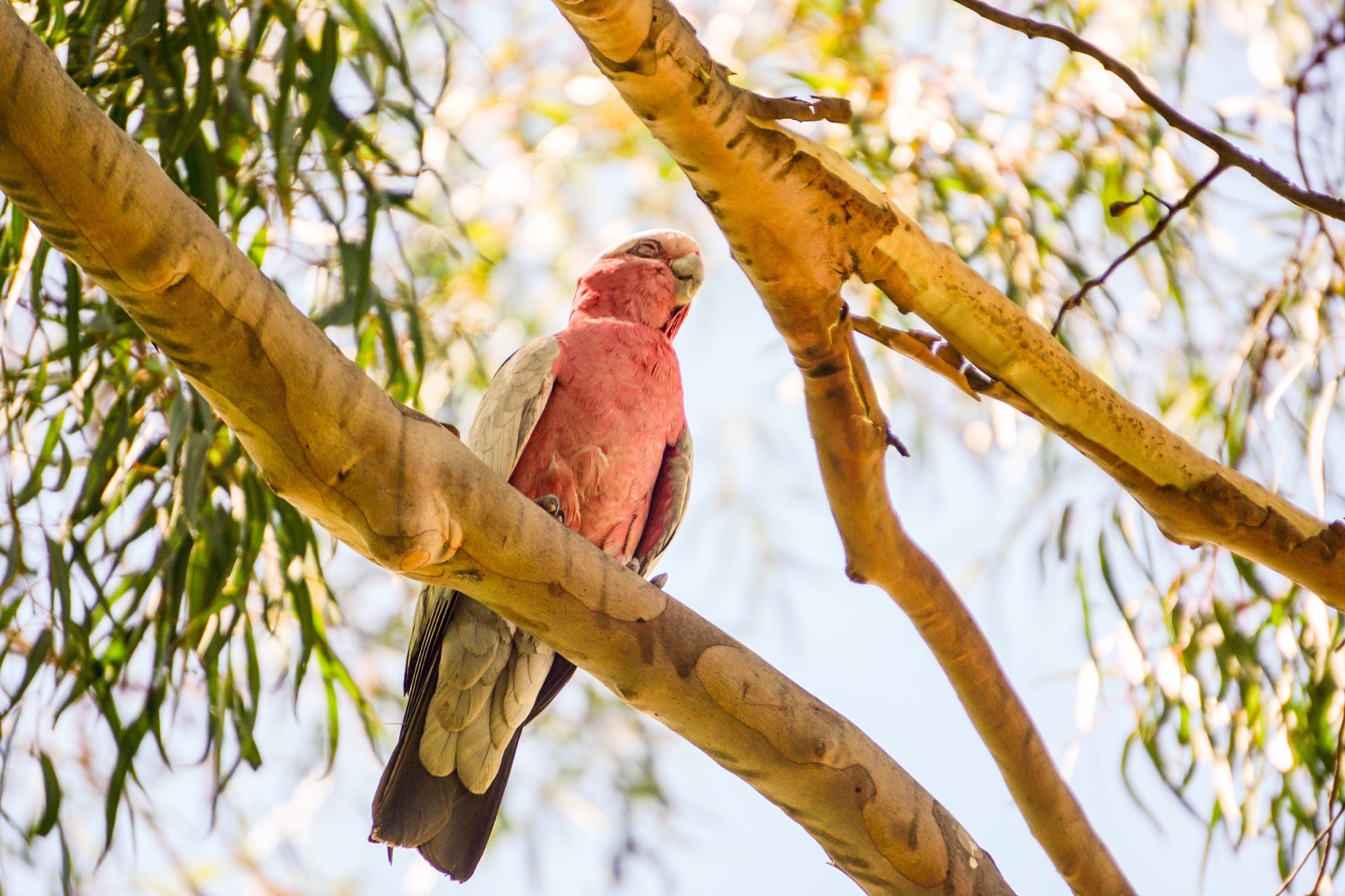 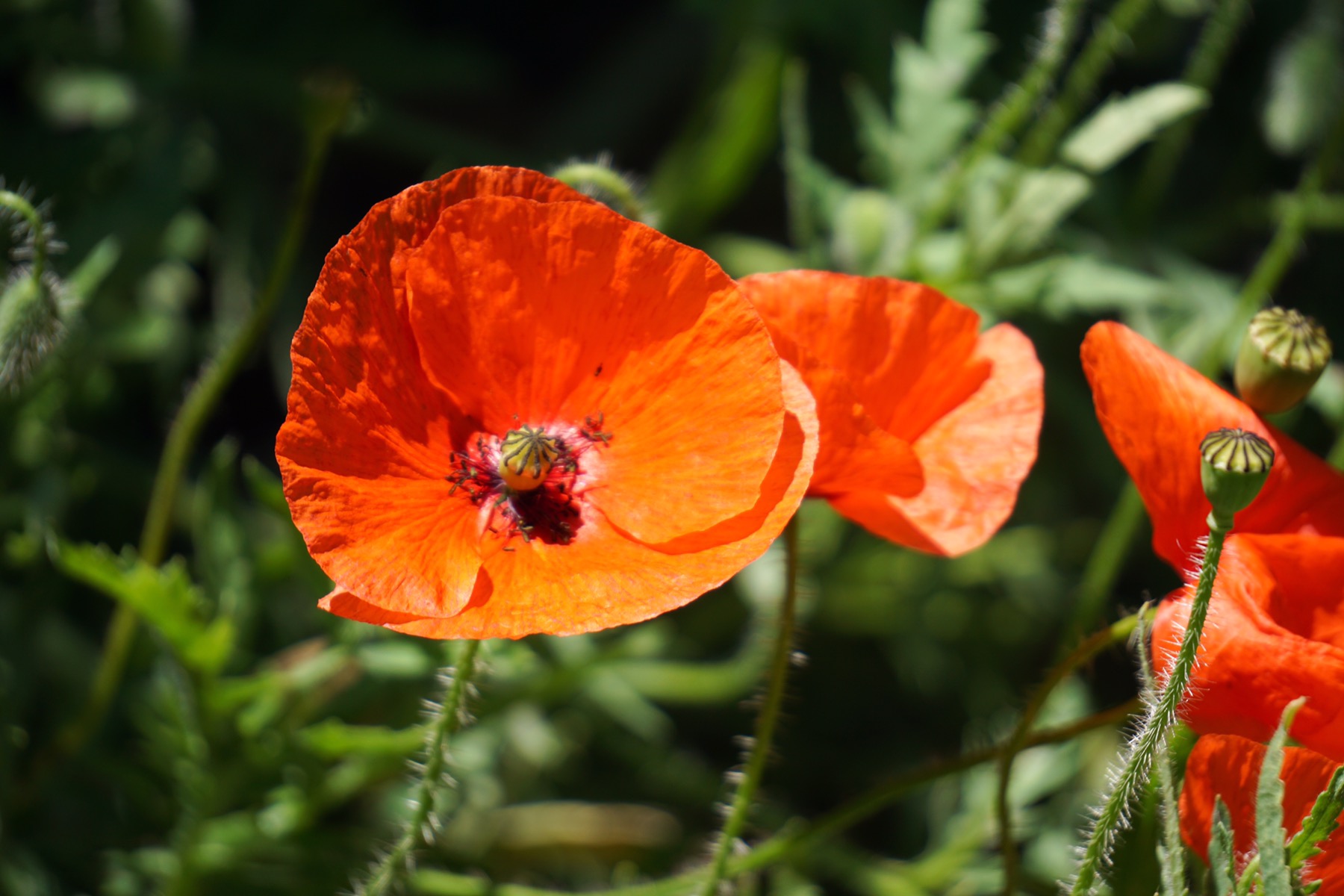 Our day concluded with a fabulously decadent evening of oysters, followed by a delicious Thai green chicken curry and dessert – Mr A delighted to find Kim had baked a fresh lemon meringue pie, and me perfectly happy with the final scoop of my dairy-free ice cream from Bunbury in Western Australia, along with a selection of fresh berries from the garden. Oh and I almost forgot the wines – an excellent selection from our tastings in the Margaret River region…Fabulous!