Sometimes you meet someone in life, who when you match yourself against them you realise how little you know about the world. Today we took a eco-tour (as its marketing describes it) which was actually a history lesson, a science show, a naturalist history talk, and a fabulously entertaining tour of the Walpole Wilderness by boat. 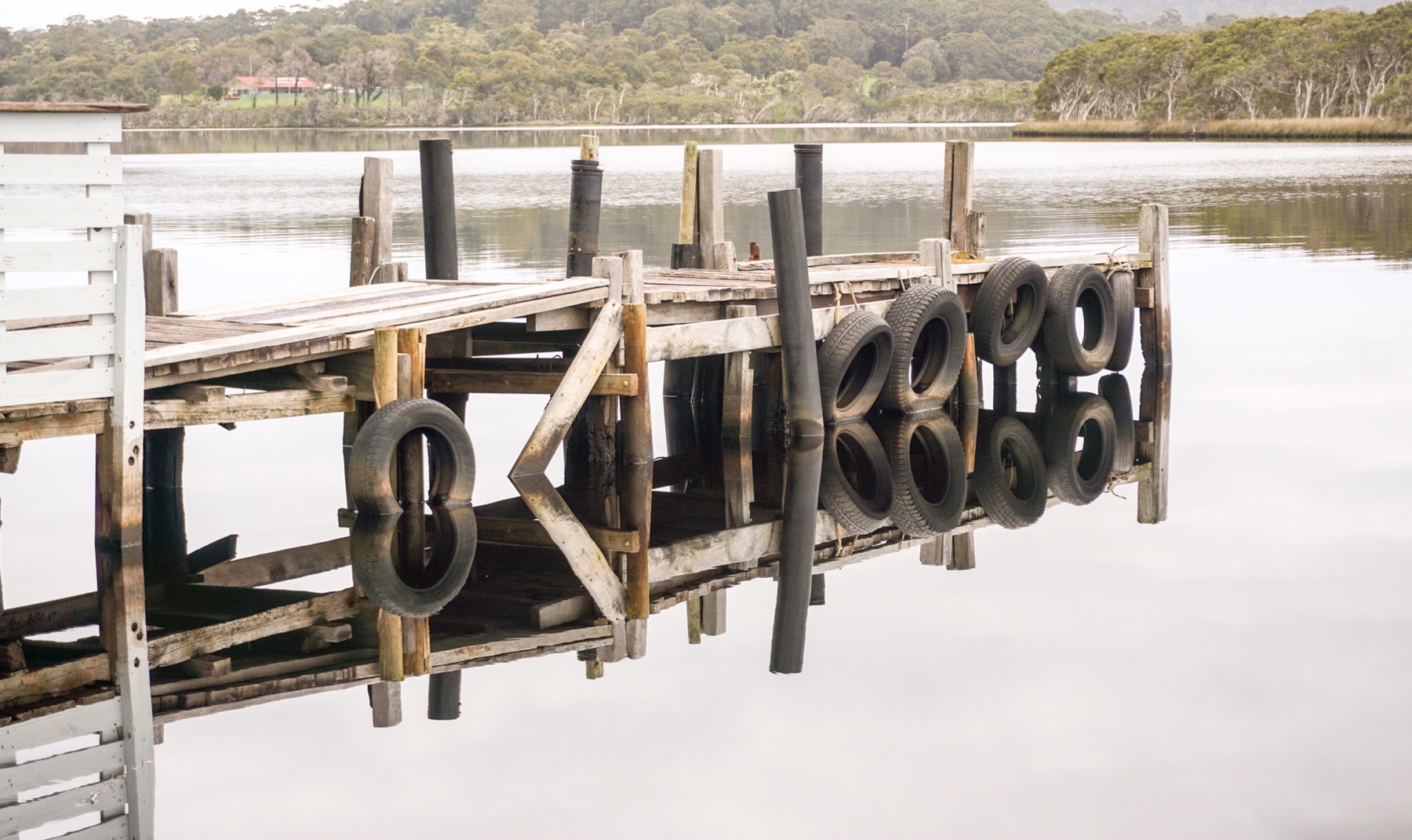 The tour was hosted by a larger than life, eight generation stockman, turned tour raconteur and self styled eco-warrior, Gary Muir. How the heck Gary has amassed such a vast ranging knowledge of the history, natural and human, of this area is amazing. There is no subject he couldn’t range on, with enthusiasm and humour. 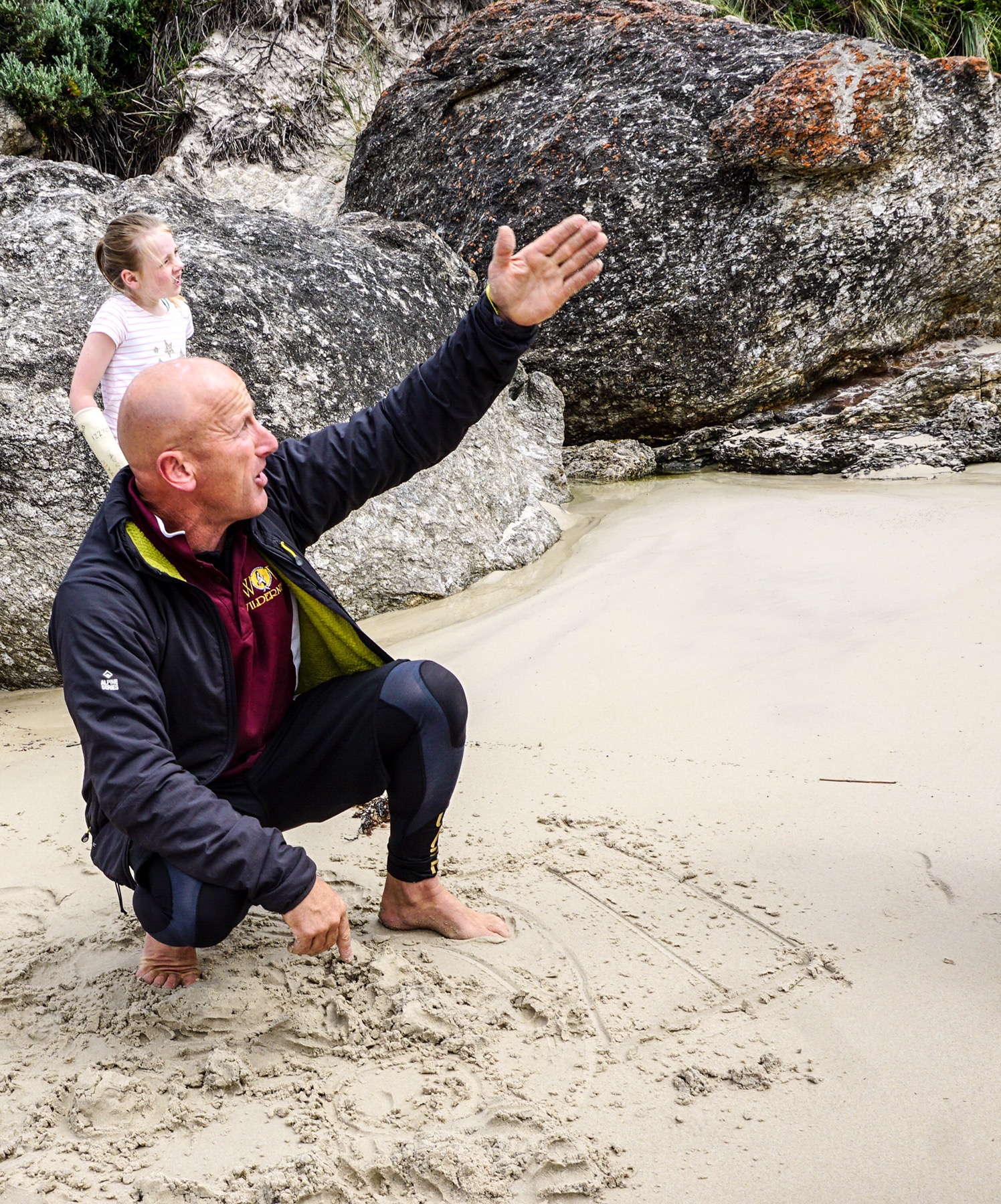 Even describing (by drawing in the sand) how Walpole was at one point just below the equator and positioned as the belly button of the world. His respect and knowledge of the local aboriginal culture was also refreshing. When he asked what I had done in Sydney I mumbled “sell software”, and felt embarrassed against his impact on the world. His award winning boot cleaning station has been used to prevent die back spreading further around the coast, Australia and soon to be the world. He has unearthed letters from Tolstoy in a local boat shed (metres from where we are camping), educated thousands of people and sewn a spark of environmental care into their hearts. Gary…I am not worthy.

After this trip we took a drive up into the “Valley of the Giants”, and wandered amongst the giant tingle trees. I’m sure this has been said before, but these trees produce a tingle down the spine as you crane your neck up into their upper branches, up to 80 metres over you head. The red tingle tree is also up to 20 metres round, and if I carry on eating the amount of pies I have on this trip I wont be far behind. It is truly humbling to walk amongst these giants. 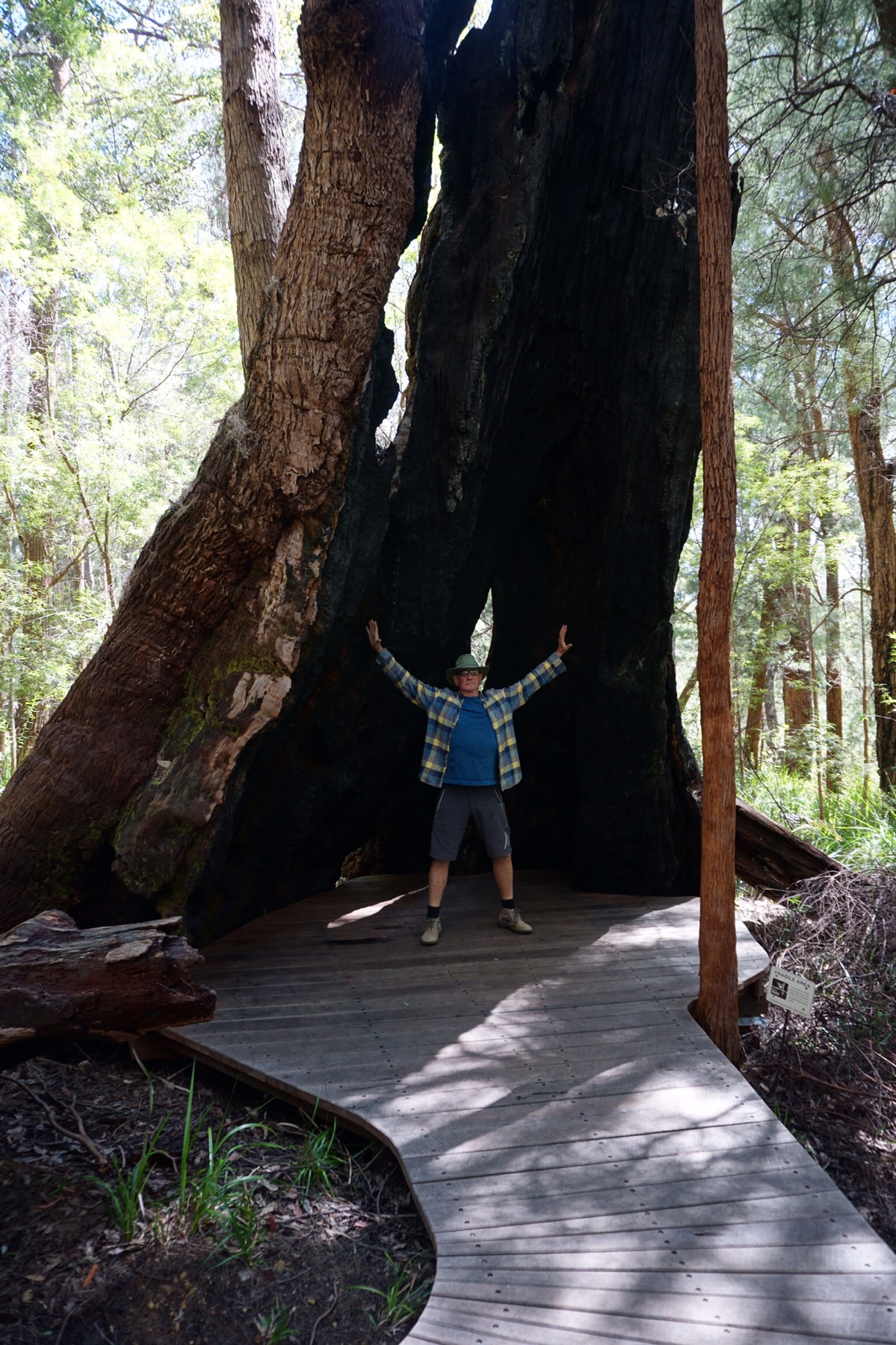 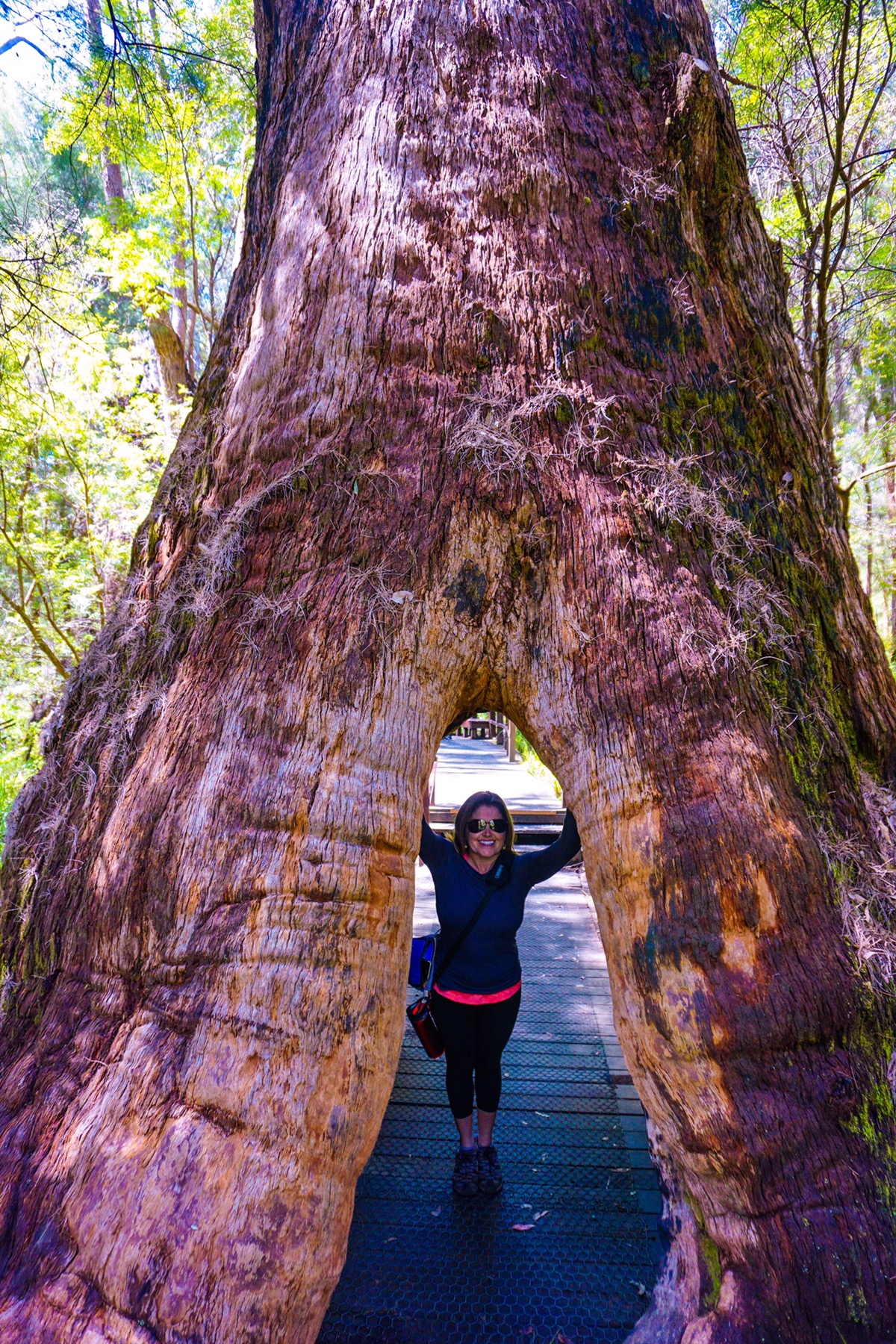 Back at the caravan park we decided to go four a late afternoon ride along the the Biblimum track. Primarily a walking route, stretching from just outside of Perth to Albany, some parts of it are available as cycle trails. This section near us was and we headed into the forest as the afternoon sun was shining through the canopy. What a great little ride. 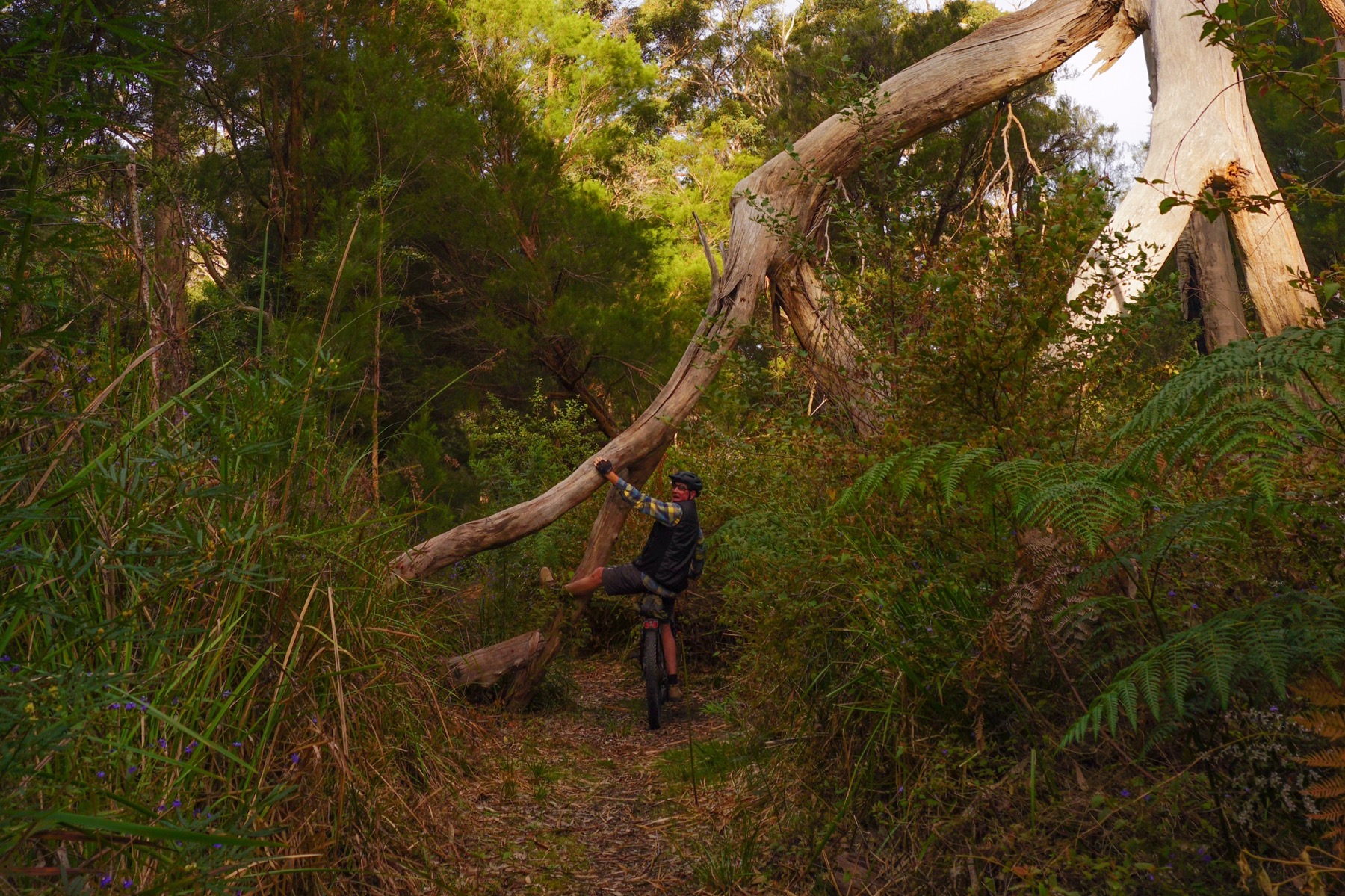 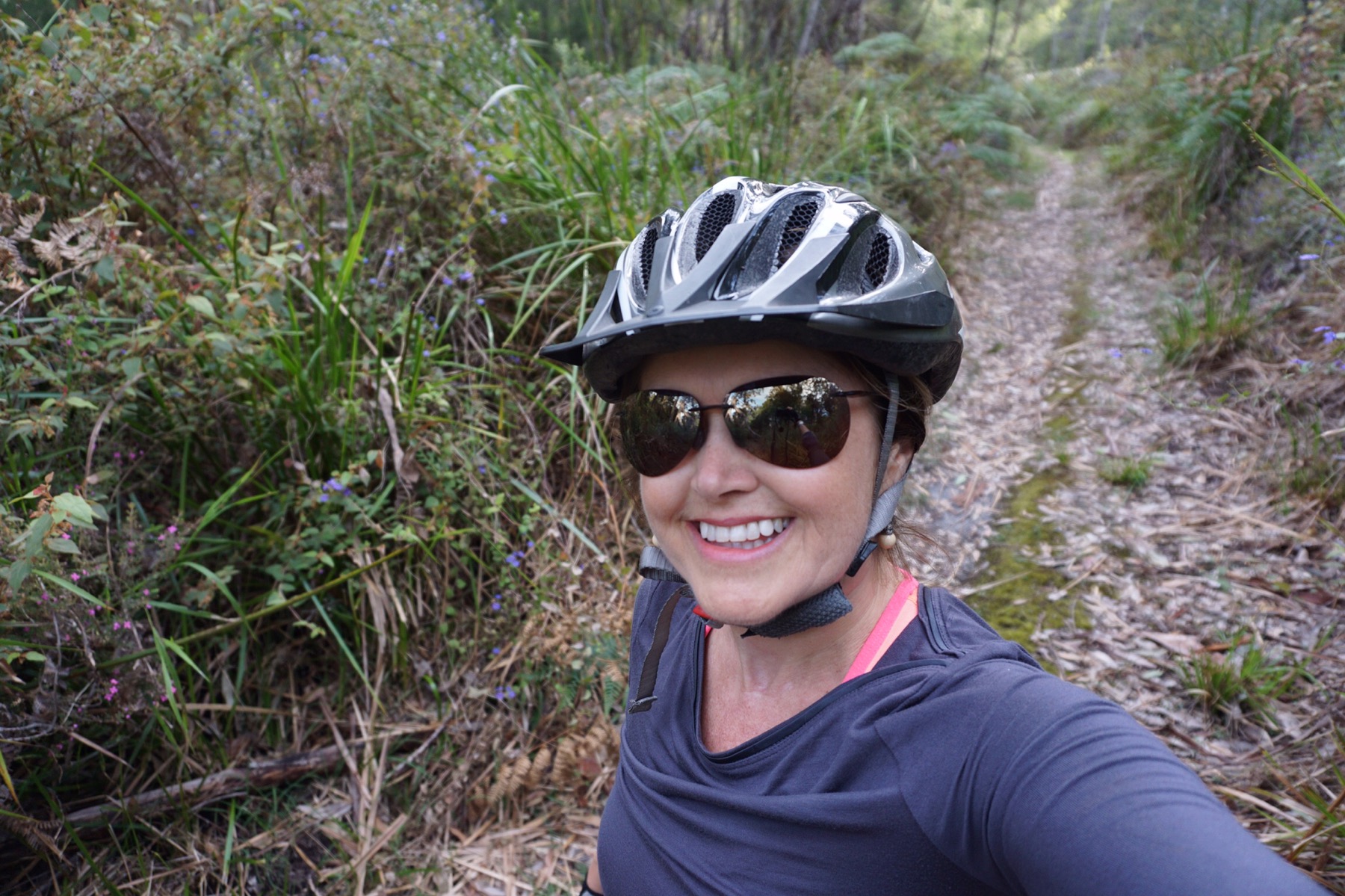 There’s so much to do around Walpole, we are really reluctant to leave tomorrow.

One Reply to “Day 142: 19 October  – Walpole is apparently the belly button of the world”