We awoke to a perfect blue sky morning and were packed up, hitched up and on the road by 8am. We had a lot of driving ahead of us and we wanted to ensure we made the most of our destination in the afternoon.

Several podcasts kept us company along the way, and by 2.30pm we had arrived. Today we are staying at Hamelin Station on the southernmost tip of Shark Bay. 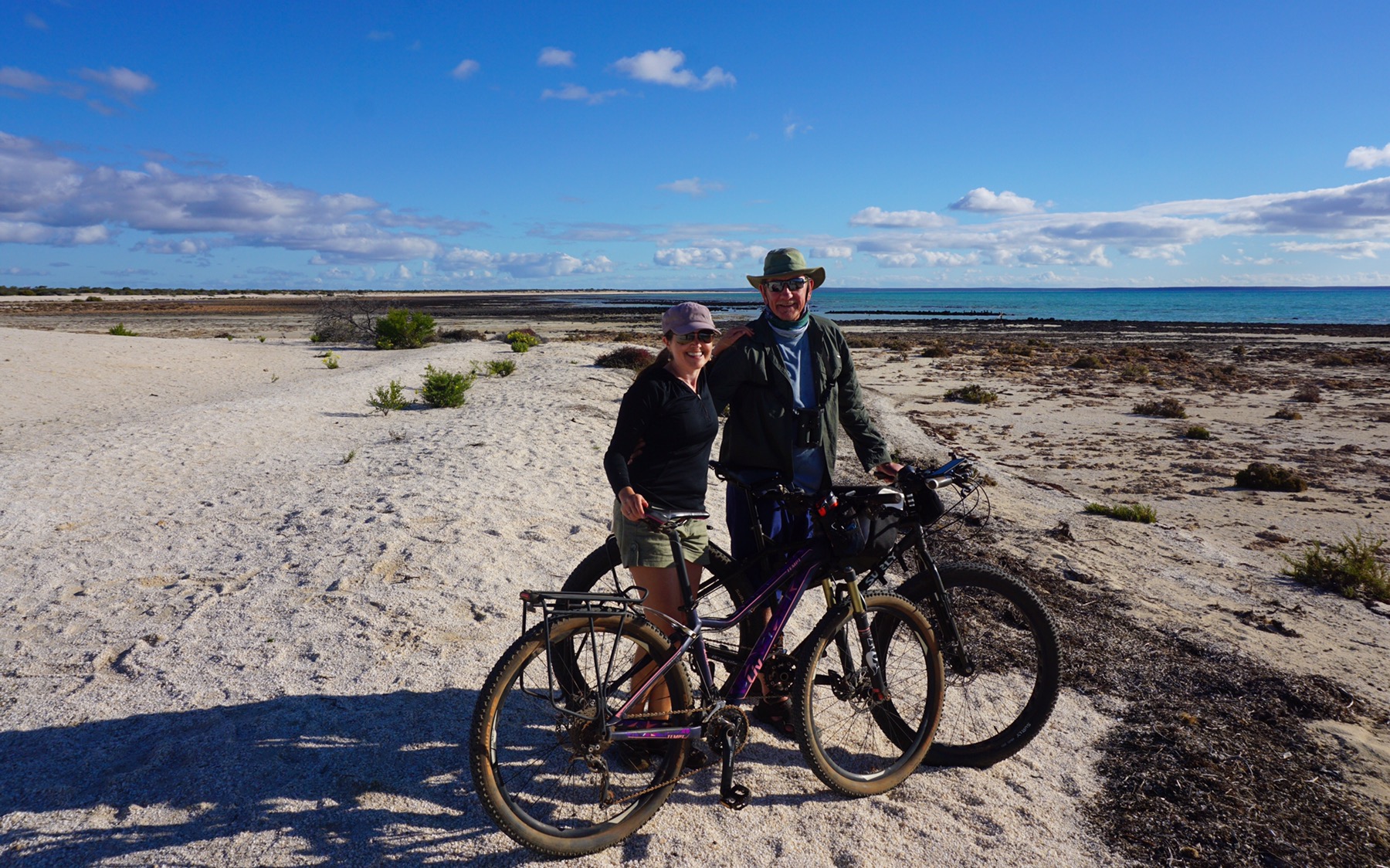 Hamelin Station Reserve is a 202,000 hectare property, situated on 32 kilometres of coast line and bordering the Shark Bay World Heritage area.  The former sheep station is now owned by Bush Heritage Australia.  The reserve helps to protect Hamelin Pool, one of the only two places in the world where living marine stromatolites are known to occur.

Now, we had no idea what stromatolites were, so on spotting a sign directing us to see them, we jumped on our bikes and headed up to Hamelin Pool. As we rode﻿ down onto the beach and boardwalk we spotted Nick and Laura, the couple from Manly/UK who we first met (and last saw) just north of Broome while hunting for dinosaur footprints! On finding they are camped just two spots away from us we made arrangements to catch up for drinks in the evening. 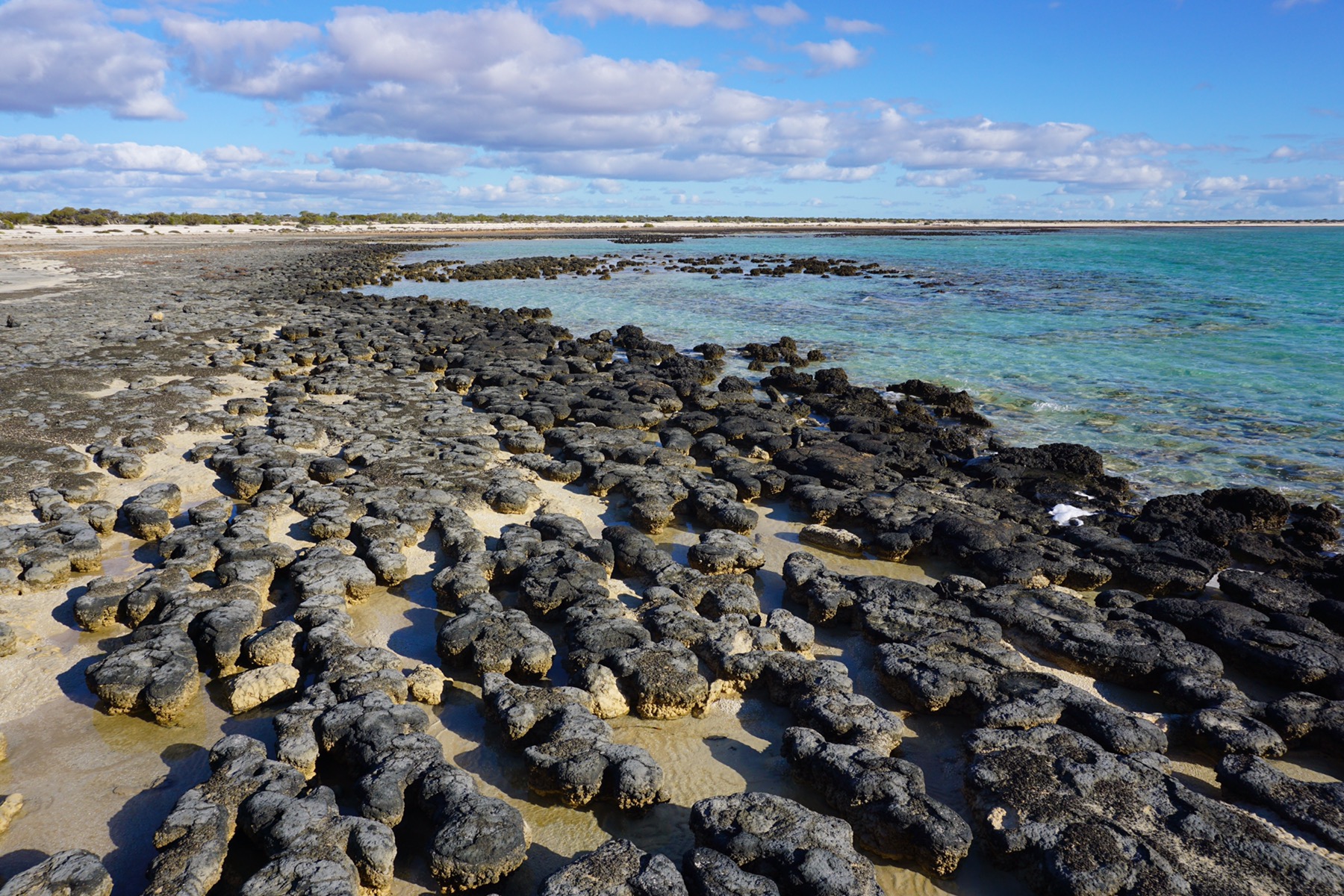 So, stromatolites. These black spongy things are stromatolites, basically towers of living micro organisms, the origins of life on earth. Pretty interesting. We passed several Japanese tourists taking selfies with the rock-like structures – I wondered whether they had any idea what the information boards said or why they were there. Even Mr A and I found them relatively heavy going!

The beach on which we were cycling was made entirely of miniature white shells, a particular type of cockle which grows prolifically in this area. In one area we passed through quarry from the 1800s, where the original settlers in this area had cut bricks from the compacted shells to build their homes. 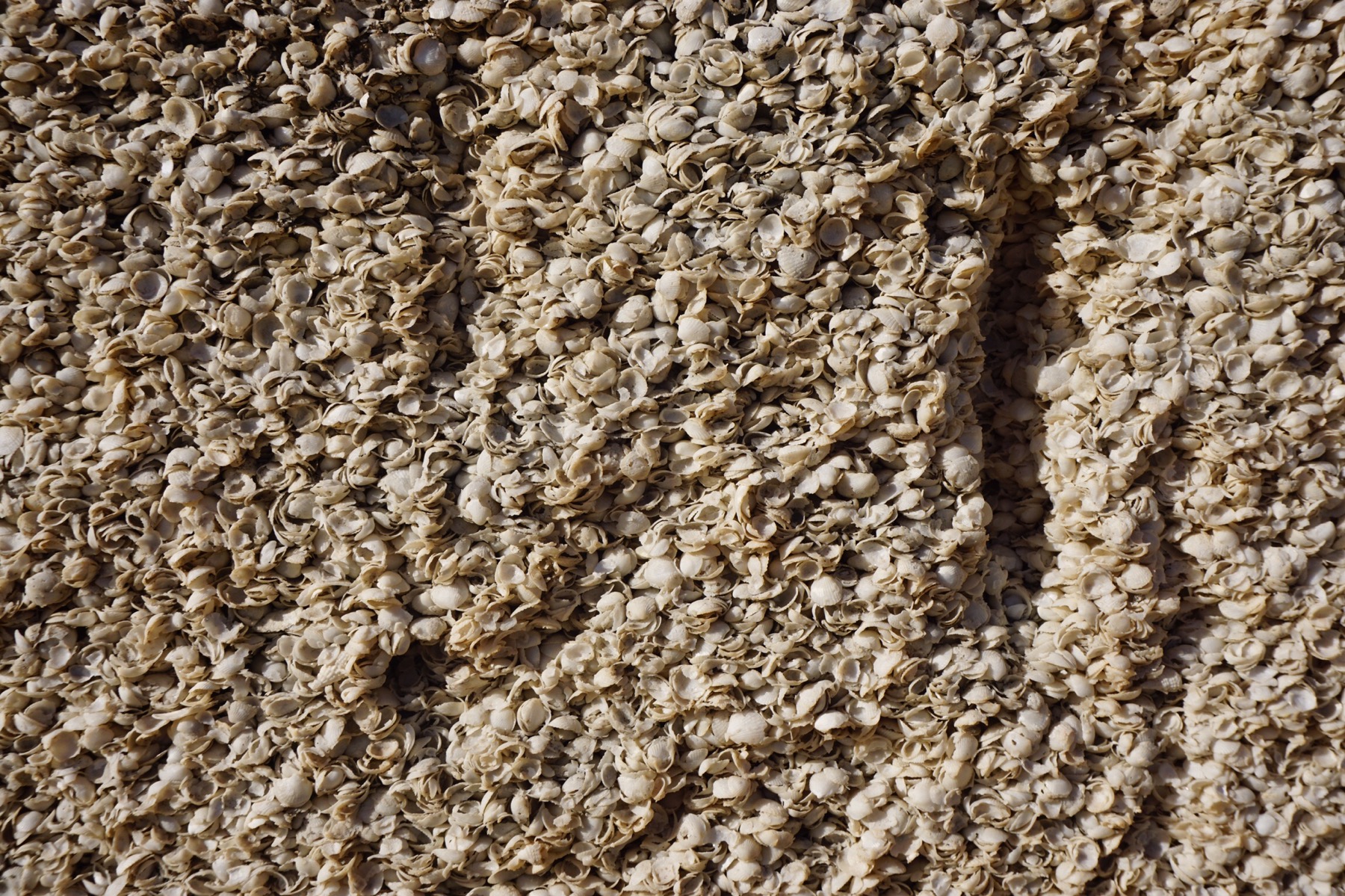 We returned to Hamelin Station and explored the beautifully landscaped grounds and onsite lake, rich in birdlife.

Before long it was time to pop the cork on our prosecco and raise a toast. On this day 15 years ago Mark and I became Mr and Mrs Anderson, supported by many friends and family at Taronga Zoo in Sydney. Laura and Nick came over to join us, bringing some dips and biscuits, and we set about realising just how many people we know in common. Mr A and Laura in particular – Laura previously worked for SAS and Mr A worked closely with a number of her colleagues in his KPMG days.

We finished the evening under the shooting stars around the campfire with several good bottles of red. A fine end to an anniversary date!