Finally we escape Broome’s clutches and point our nose south…but the town wasn’t letting go that easily, it clung to us all morning.

First, a pre 7am visit to the car wash (keen I know), and on the way back I heard a nasty scraping sound coming from the tyre…the new very expensive tyres. The front offside one was rubbing on the mud flap…sigh. So off back to the tyre shop and I was told ‘Fitted thousands of these to 200 Series…’ I completed his sentence; ‘Never had this problem before…don’t care…I do have this problem’. So off they went to buy a heat gun and ‘adjusted’ the flaps back.

So I drove back to the van park…reversed back up to the van…same scraping….sigh. Back to the tyre place….this time taking the van as we had to be off the site. So more time spent hitching up then unhitching  for more mysterious work with the heat gun at the tyre shop. Again the manager started the sentence ‘I’ve fitted…’ I must have given him my death stare as he stopped short..paused and continued; ‘Just leave it with us’. We retired to the van to console ourselves with a brunch of snags and onions in a wrap.

﻿Finally at 1pm we left Broome, and for the first time on the trip pointed south. We had booked in at a van park a short drive down the coast. Barn Hill is a working cattle station still, but has tapped into the grey nomad revenue stream. There would have to be a couple of hundred vans here. All crammed together. Not our thing. Anyway there’s a stunning beach here and we had a quick swim and a lovely walk, complete with an Australian Kestrel which actually posed for Mrs A’s camera. 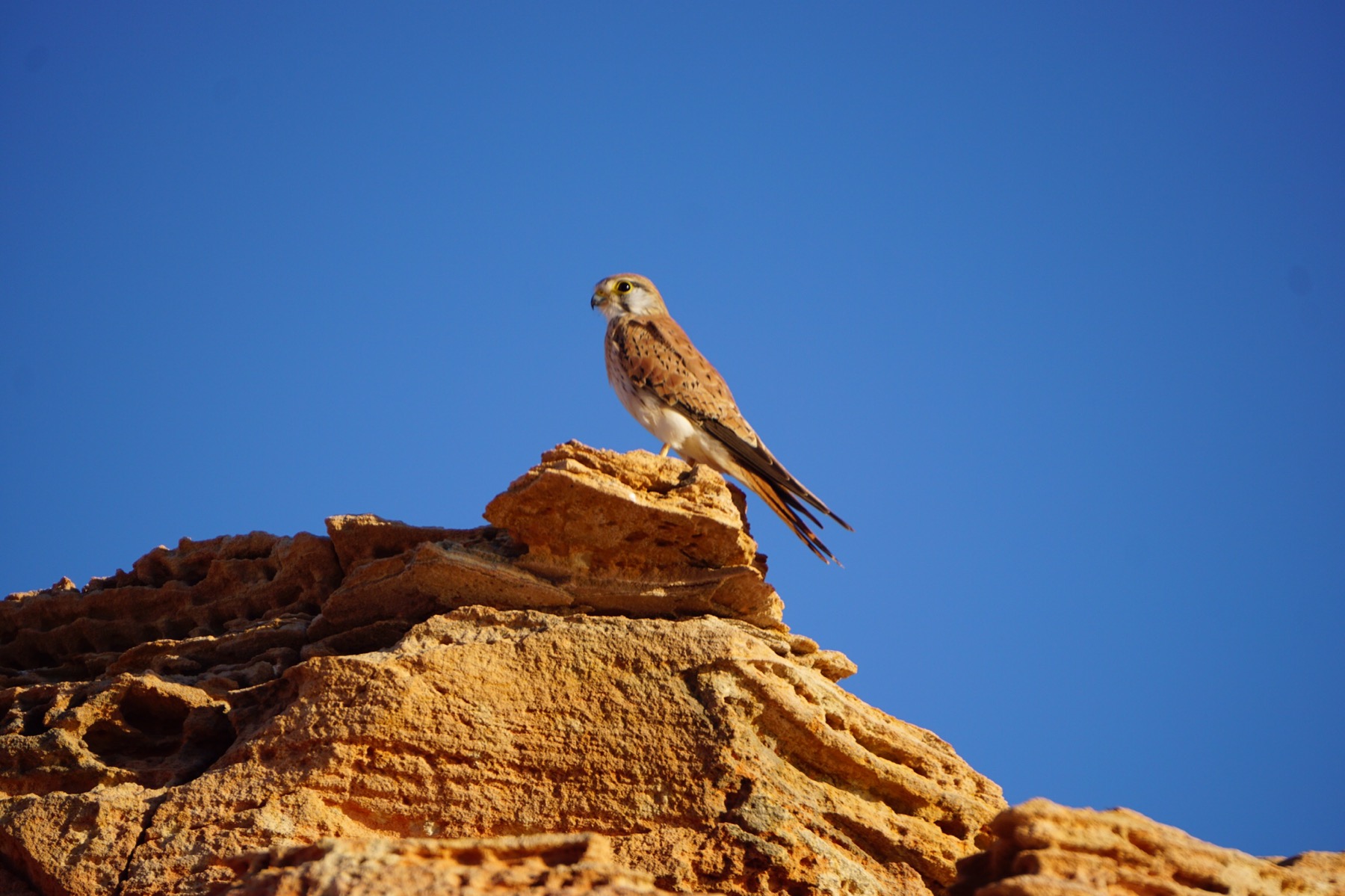 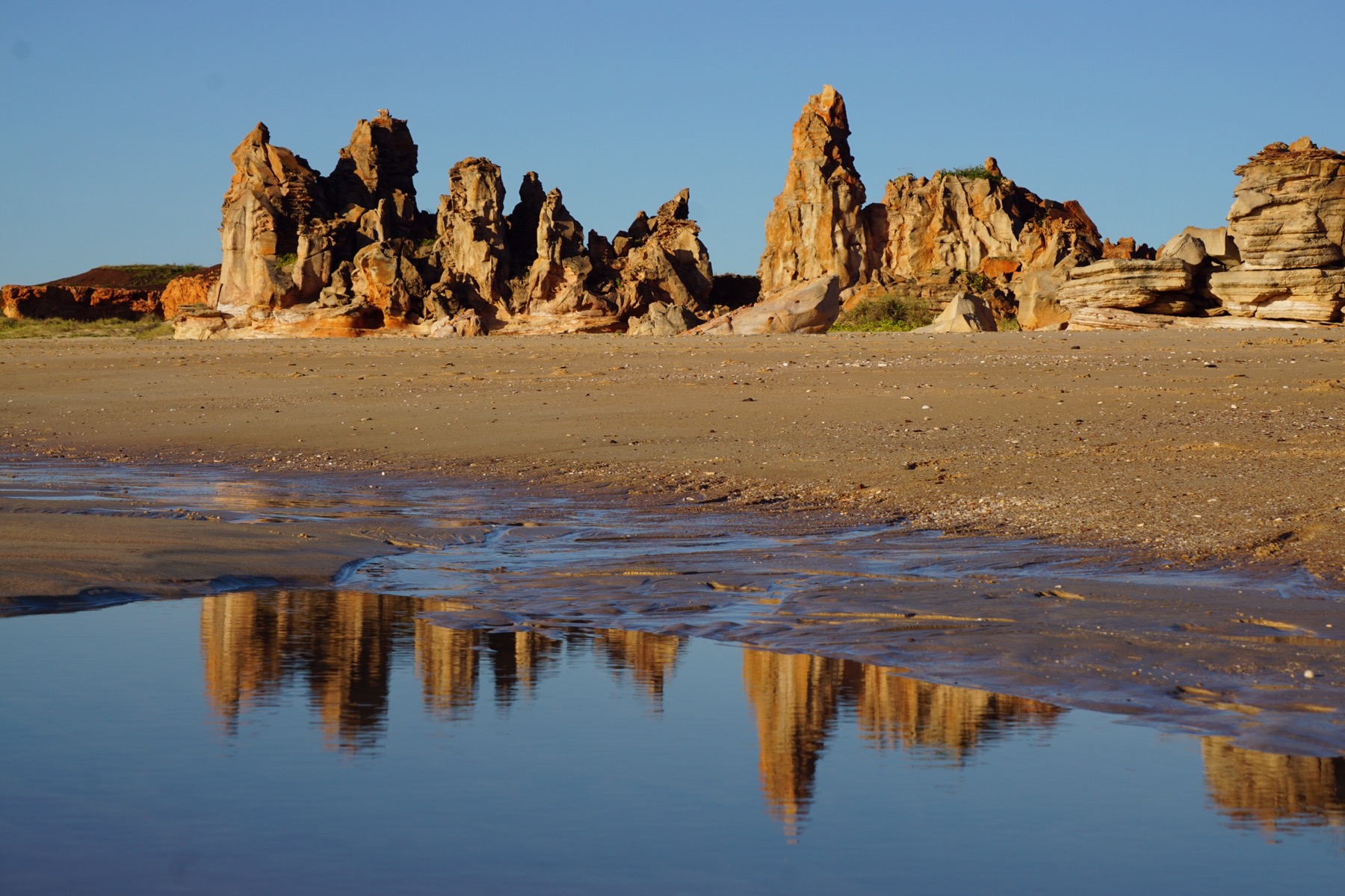 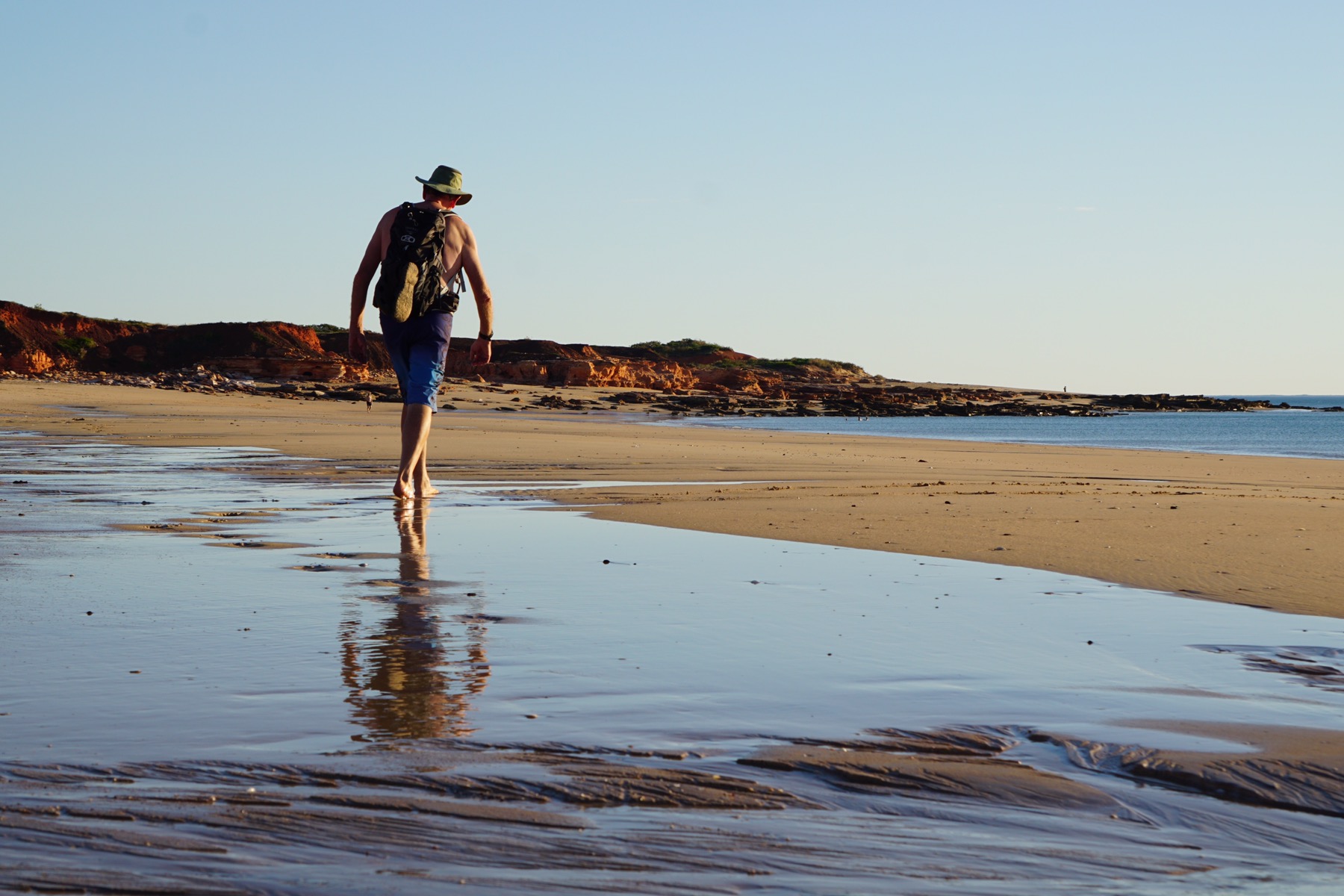 We spotted another Zone RV van here and went to introduce ourselves. Steve and Pam have build number 3, so it was fascinating to talk to them about their experiences as one of the early owners. Nothing but praise for the company, which echoed with our experience. No, Zone RV hadn’t got everything right on their van, as you would expect with such an early model, but had always been supportive in fixing issues, which has also been our experience.

Even though we felt this place is pretty hemmed in, you cant deny the buzz that there is with so many people sharing drinks at happy hour with their neighbours. A real community. Some transients like us, but others have been here so long they have their own herb gardens growing outside the van! Brilliant.