To﻿day we made the final big push to the Kimberley. Gradually the landscape changed from the flat as a tack landscape of the last few days to the rugged country cut through with deep gorges that epitomises the north east Kimberley. Our excitement built as we crossed the border from the Northern Territory into Western Australia, giving up our fruit and veggies at the checkpoint. So explain the logic of this – we were supposed to give up our jar of honey  – unopened – and and we could buy the same brand over the border… less Australia.

So after another time zone change (our second in two days) we arrive at our camp for the next three nights on the edge of the Kimberley on what is officially classed as an inland sea, but called Lake Argyle. Massive just doesn’t even describe the size of it. We’ve been told it takes more than 4 hours for a motorised boat to reach the other side. More facts to follow tomorrow as we have booked a tour. We cycled up to a local lookout to admire the lake – even from afar it looks impressive. 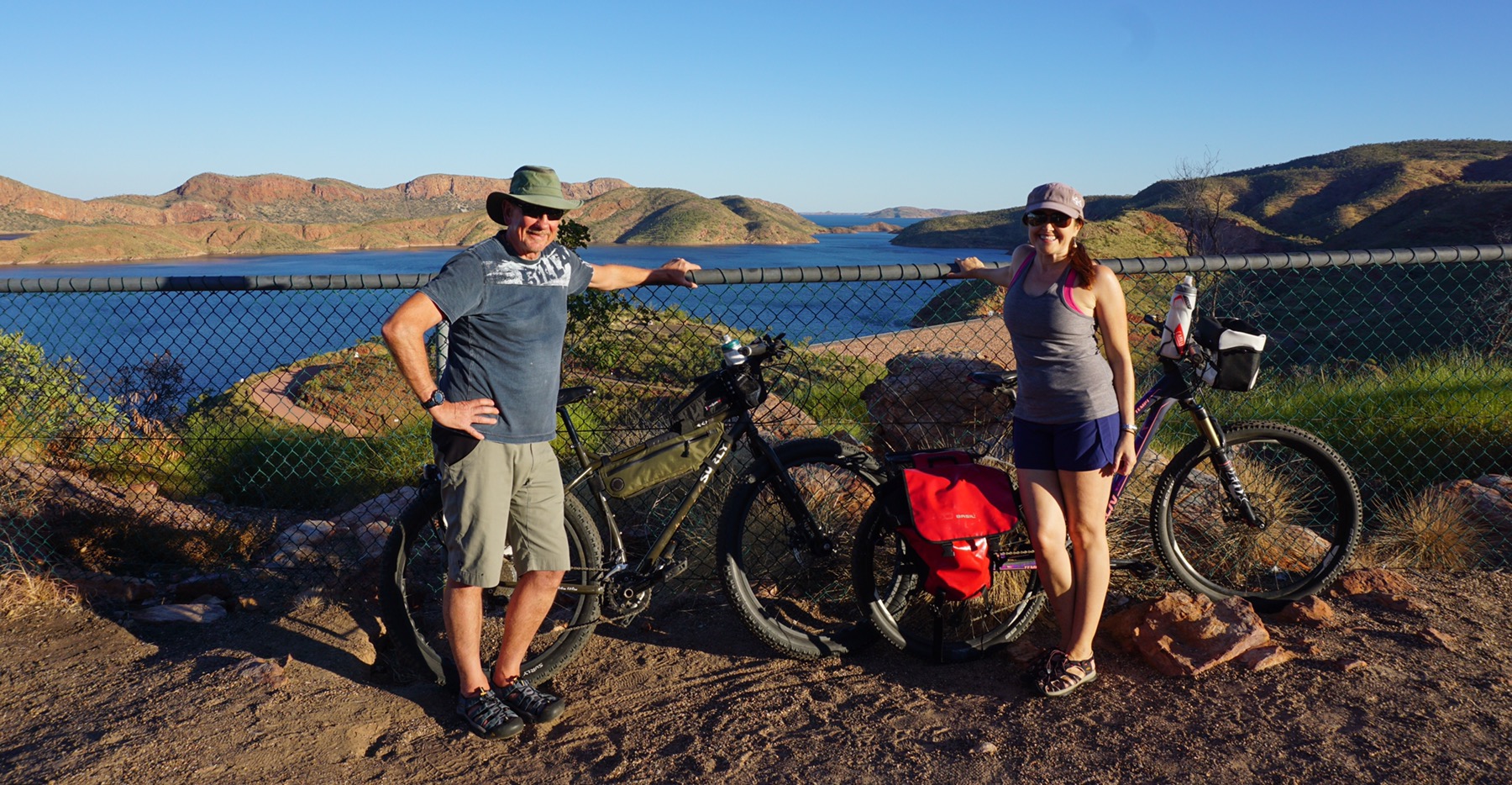 It was wonderful to pull up knowing I didn’t have to climb into the driving seat at sunrise. So we are now all set up,  washing done and a dinner of lake-caught-fish at the camp cafe. Fortunately for me, despite ordering a dairy free dinner for the delicate Mrs A, they got that wrong. The waitress was about to take it away and re-cook minus the dairy, when I suggested I could “look after it”. She looked puzzled…then looked into my hungry eyes and clicked…it was delicious and after I finished the two dinners Catherine was astonished, her response; “Impressive”. I feel about satiated…

The waitress asked Catherine if she would like to have a free something else…I requested a side order of chips which was immediately dismissed out of hand. Ah well…worth trying. Given we have a bottle of not ‘too’ bad $28 2013 Merlot (Due South, from Denmark, a wine making area in WA) it may well be a couple of free take-home beers. Just realised we actually ordered Shiraz. The guy taking our orders did ‘really well’! 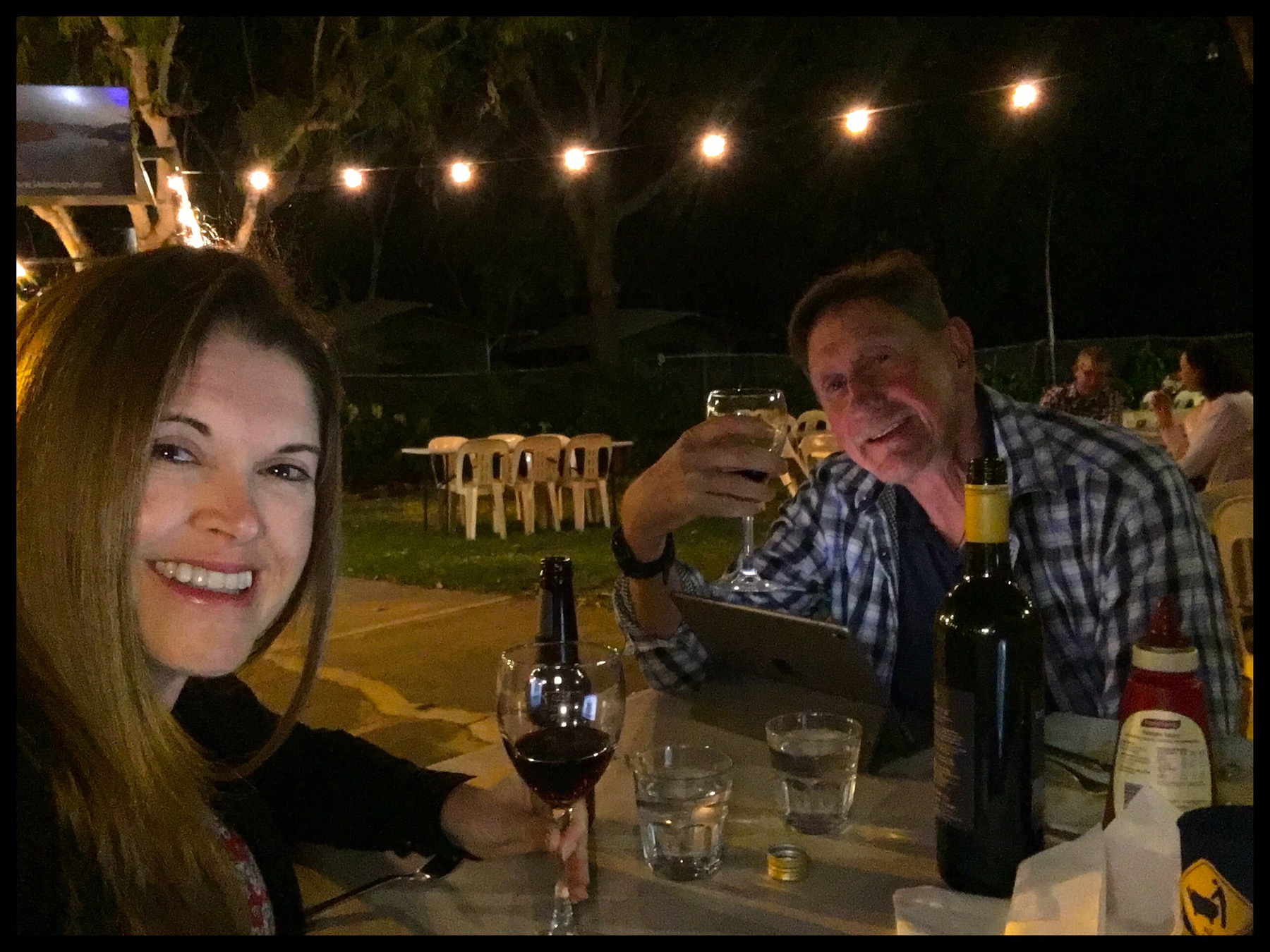 There’s a resident singer/songwriter. His third song is “Old farts and caravan parks”  – yup we are definitely in grey nomad central here. A lovely atmosphere – everyone so friendly and has a story to tell and advice to share. And share…and share…and share…The adventure has truly begun!